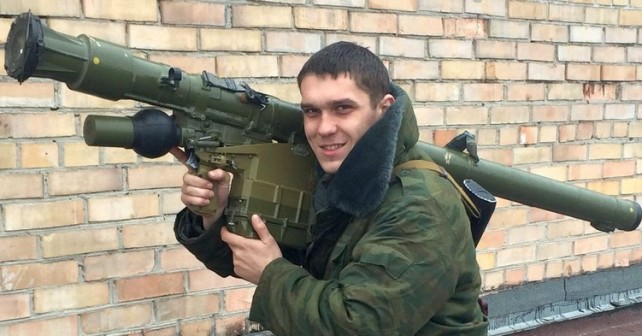 The non-staff Russian ‘JCCC representatives’ (Joint Centre for Ceasefire Control and Coordination) from the 33rd brigade have been registered in the territory of the occupied Donbas. As you know from our previous materials, the Russian 33rd brigade is the separate mountain motorized rifle unit (military unit No. 22179, 49th general army, Southern Military District) from Maykop, Republic of Adygea. The main command subunits and the conscript soldiers are located in Maykop and the contract soldiers’ disposition is in Novocherkassk (Rostov Oblast). A detachment from the 33rd brigade took part in the Russian-Georgian war in August of 2008.

As all the new coming ‘tourists’, the servicemen took a picture and published it later on January 28, 2016. They chose the world wide known ‘Donbas Arena’ stadium in Donetsk as the background: 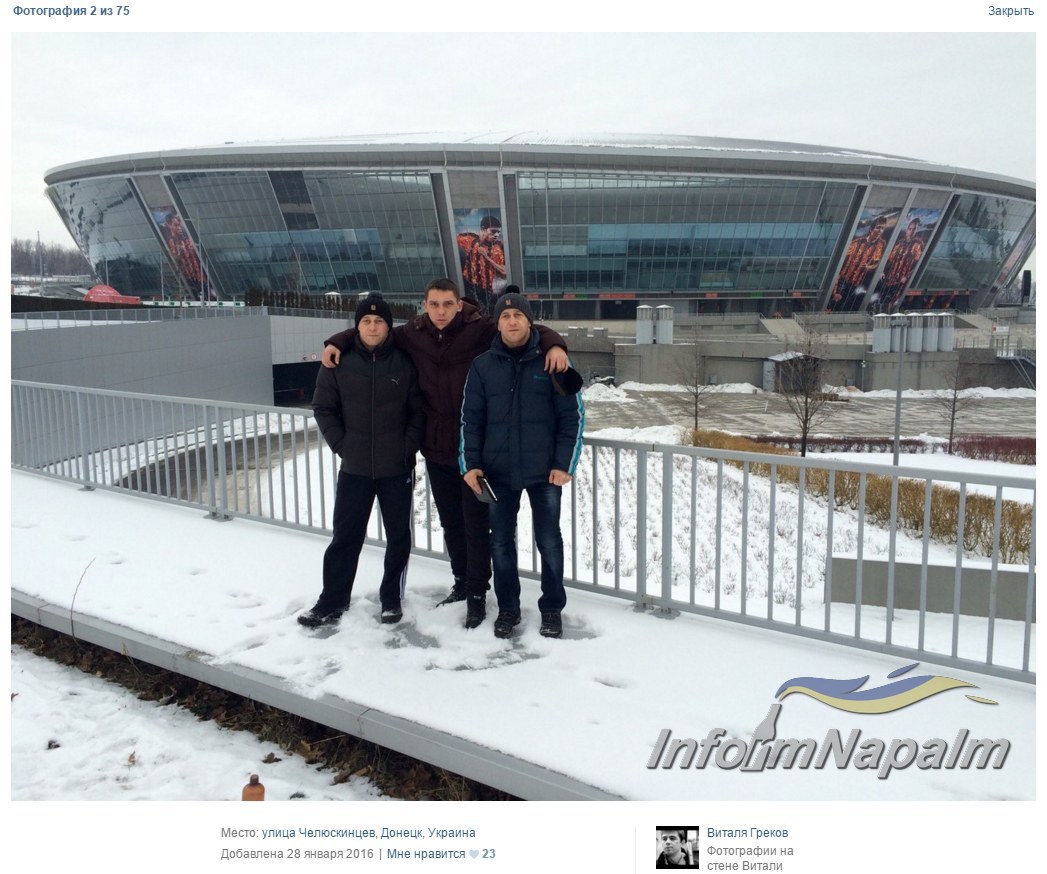 It should be recalled that Vasil Hrytsak, the Head of the State Security Service of Ukraine, reported on a briefing held on February 9, 2016, that 14 manuals on military training marked as ‘for limited use only’ were confiscated during the rotation of the Russian representatives of the JCCC – that happened on the border control of the Russian servicemen on January 27, 2016.

And now we have a Russian soldier, ‘a non-staff JCCC representative’, who has just finished the ‘how to become a miner-militant in Donbas’ course using one of those long-held manuals by the official Russian JCCC mission. As expected, he masquerades as a ‘LPD/DPR’ militant carrying an ‘Igla’ man-portable air defense system and posing on the roof of a seized building of the Organized Crime Investigation Division in the center of Horlivka city.

Pay attention to the title of the audio attachment – ‘LPD and DPR – Donbas rise!’ 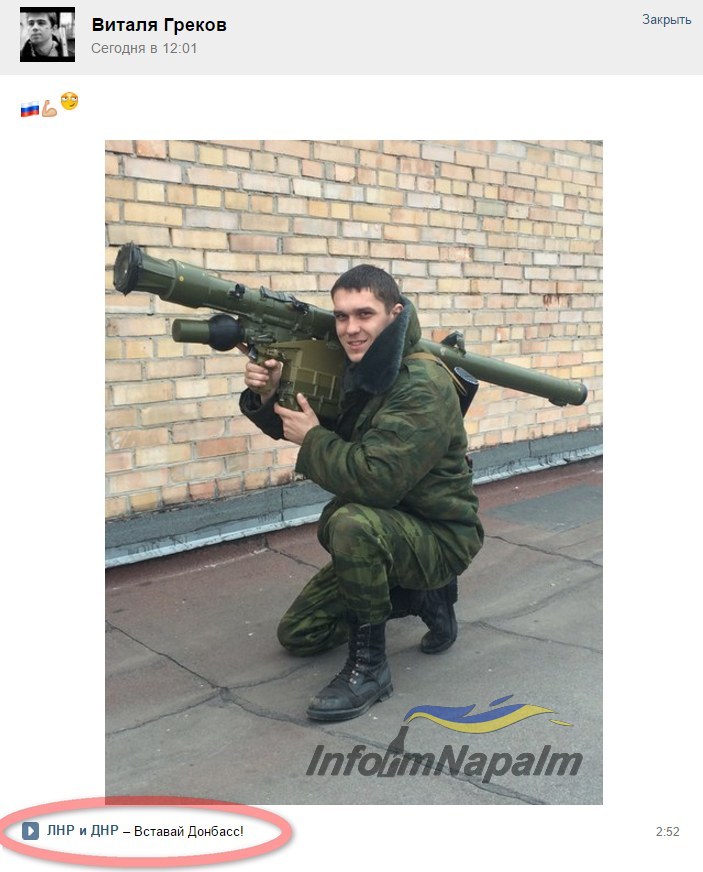 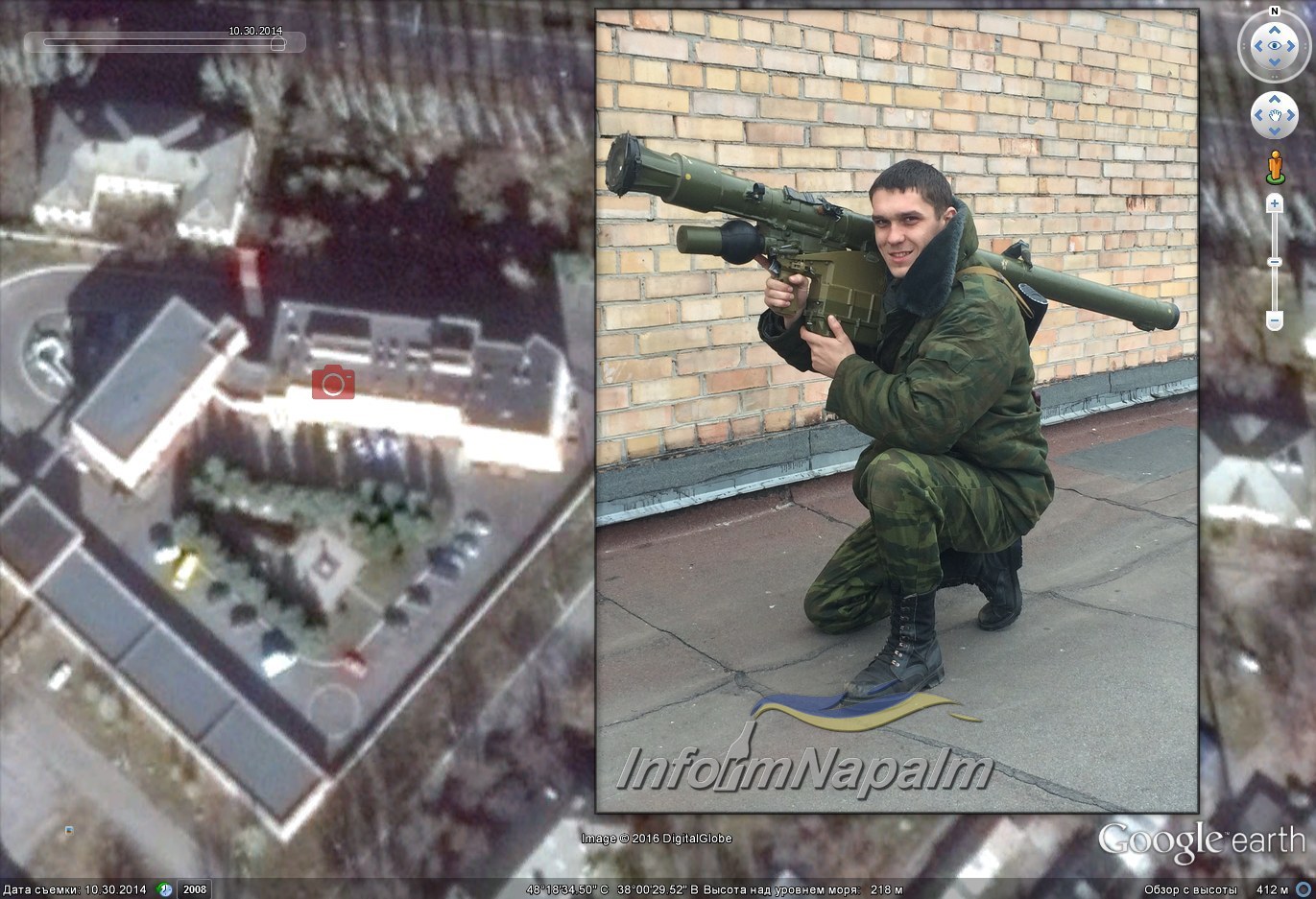 Please also note that the volunteers of the InformNapalm international community registered a serviceman from the 22nd special forces brigade of GRU on the roof of the same building also with ‘Igla’ complex in his hands in December, 2015. It looks like the Russian military got a new tradition of making photo with ‘Igla’ on the roof of this division in Horlivka. 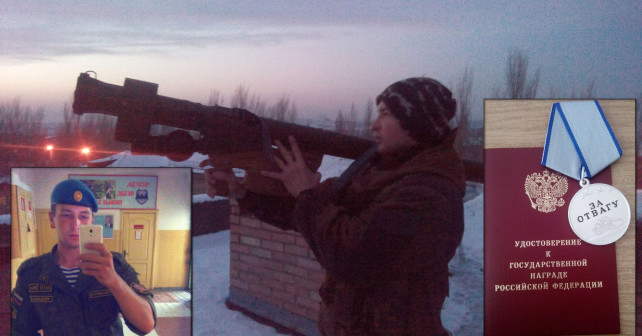 Vitaliy Grekov – a Russian contract soldier from the 33rd brigade spotted in Donetsk and Horlivka. 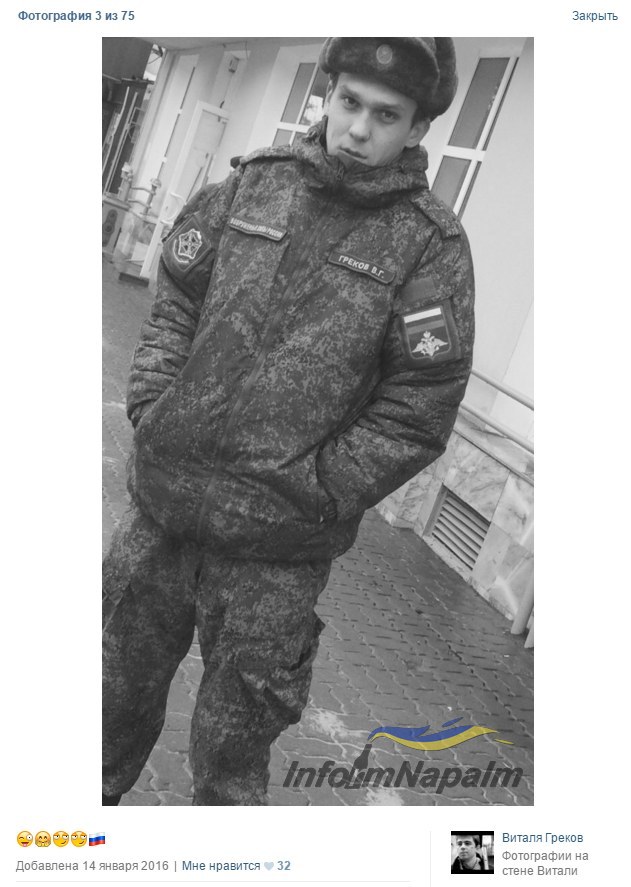 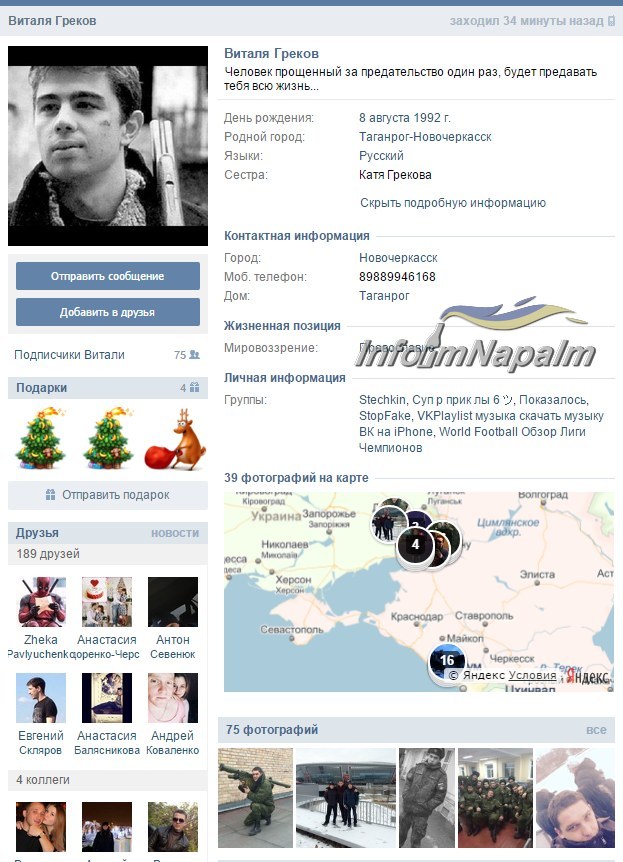 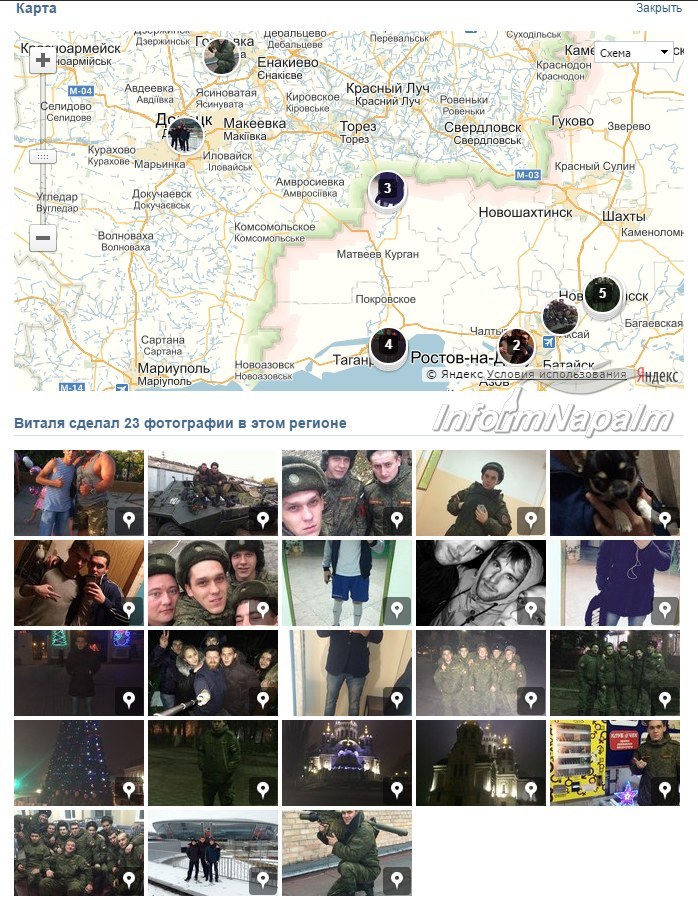 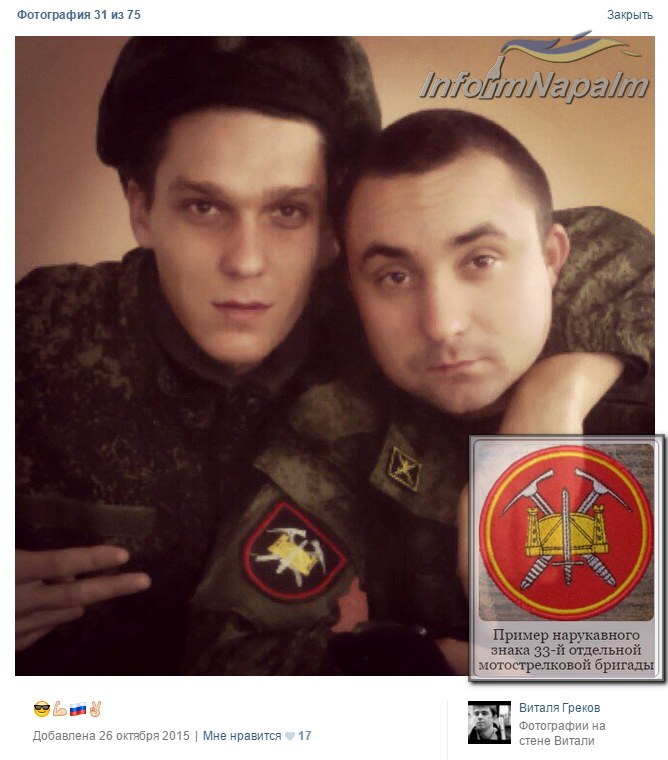 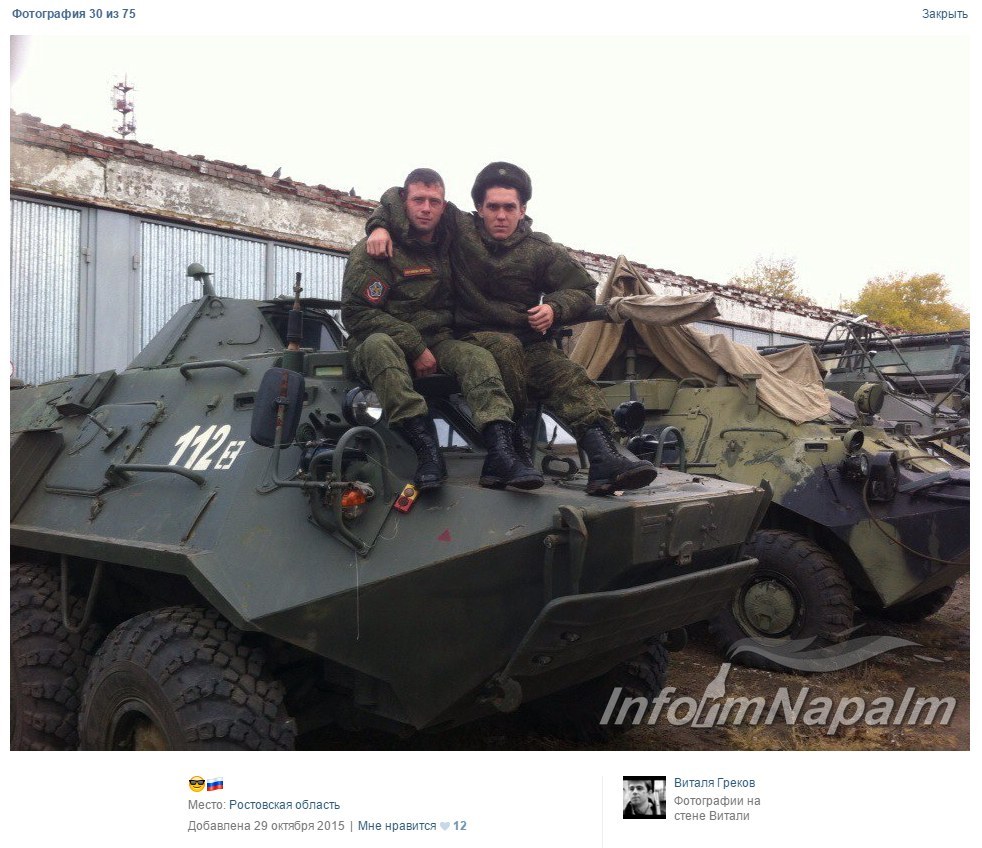 The photo below has been commented by the author: ‘the 33rd f*cking rules’. This additionally confirms Vitaliy’s affiliation to this motorized rifle brigade. 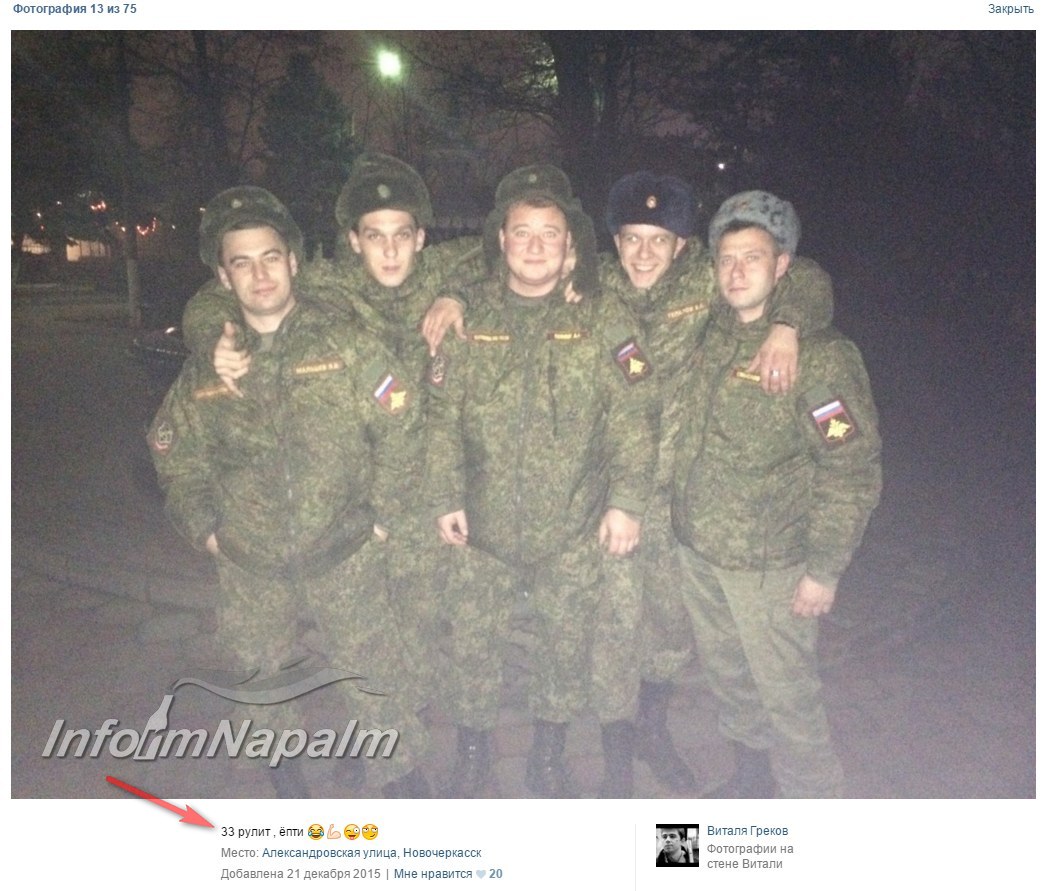 And here is another group photo with the twins from the photo of ‘Donbas Arena’ stadium. 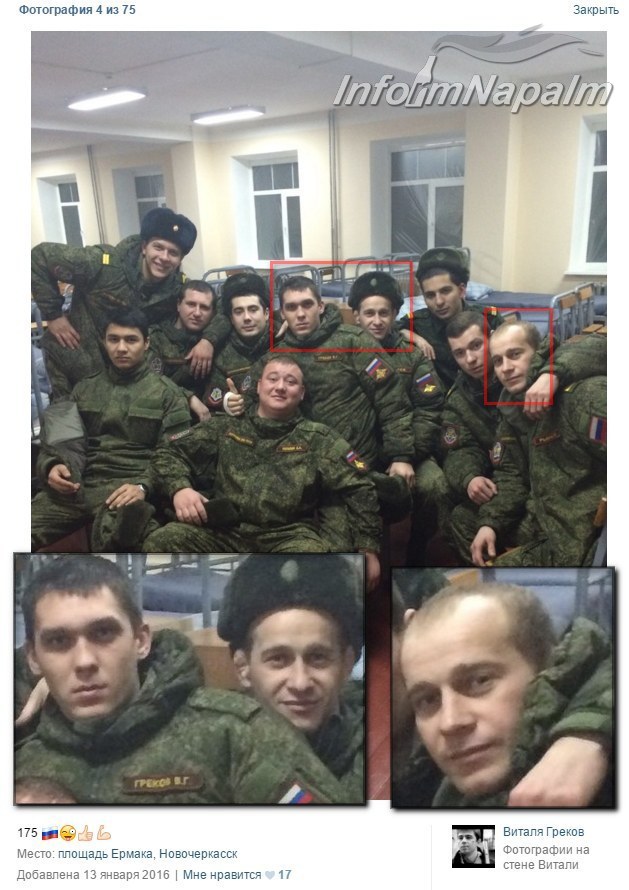 The twin-brothers Aleksandr and Fedor Dubovsky commented this picture : ‘It was ages ago…‘ 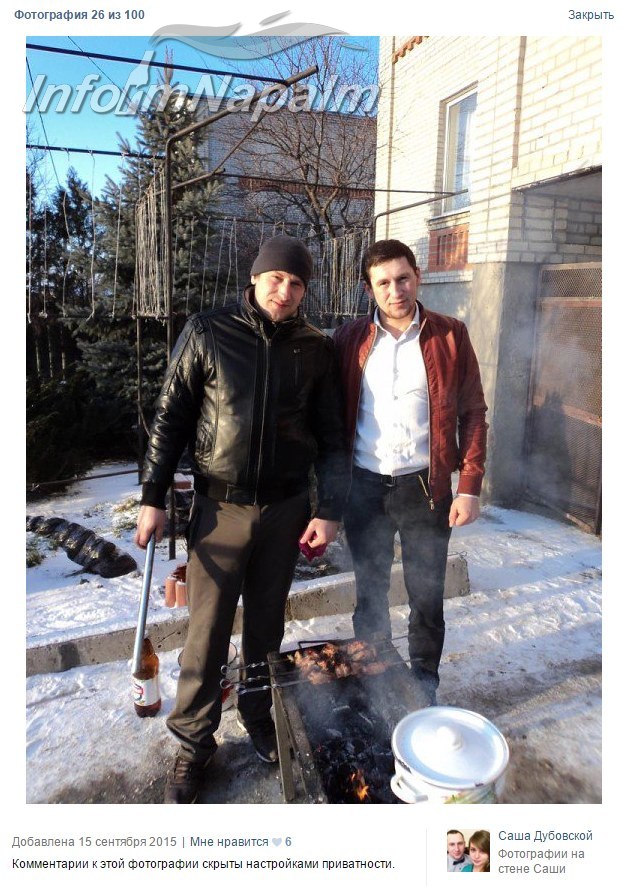 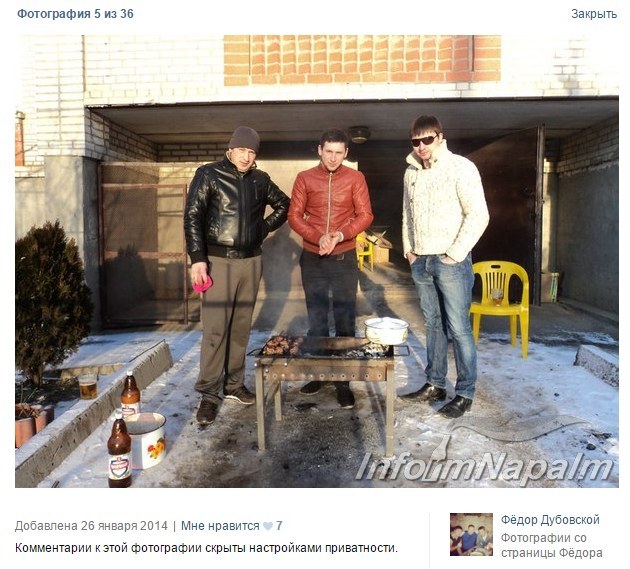 Aleksandr Dubovsky, same as his brother, serves in the 33rd brigade as a contract soldier. 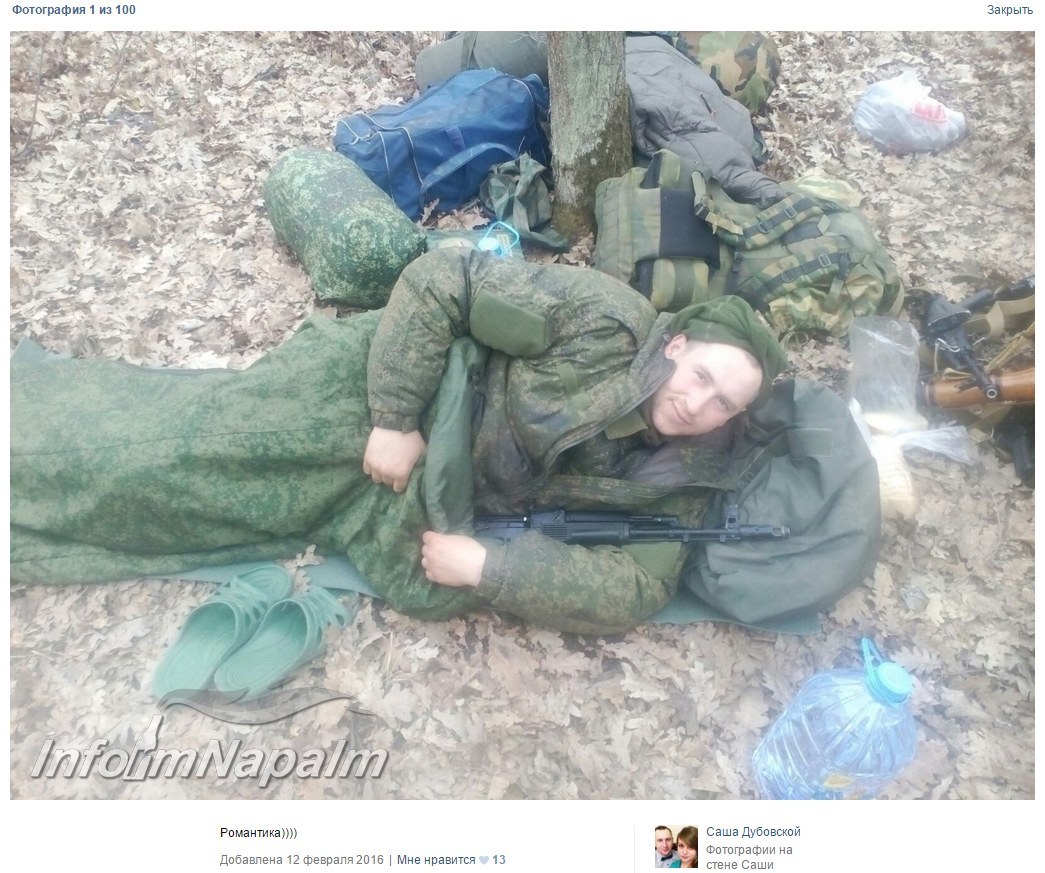 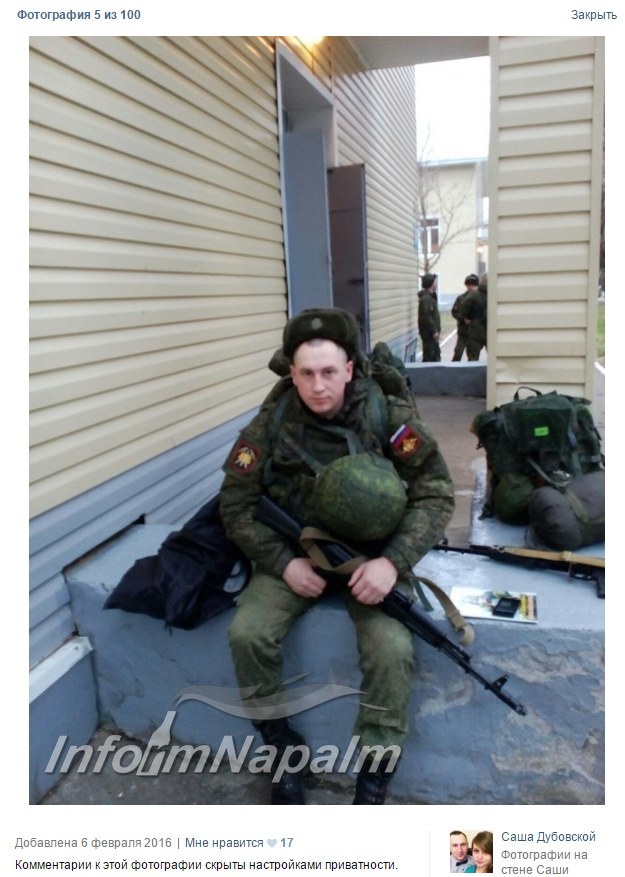 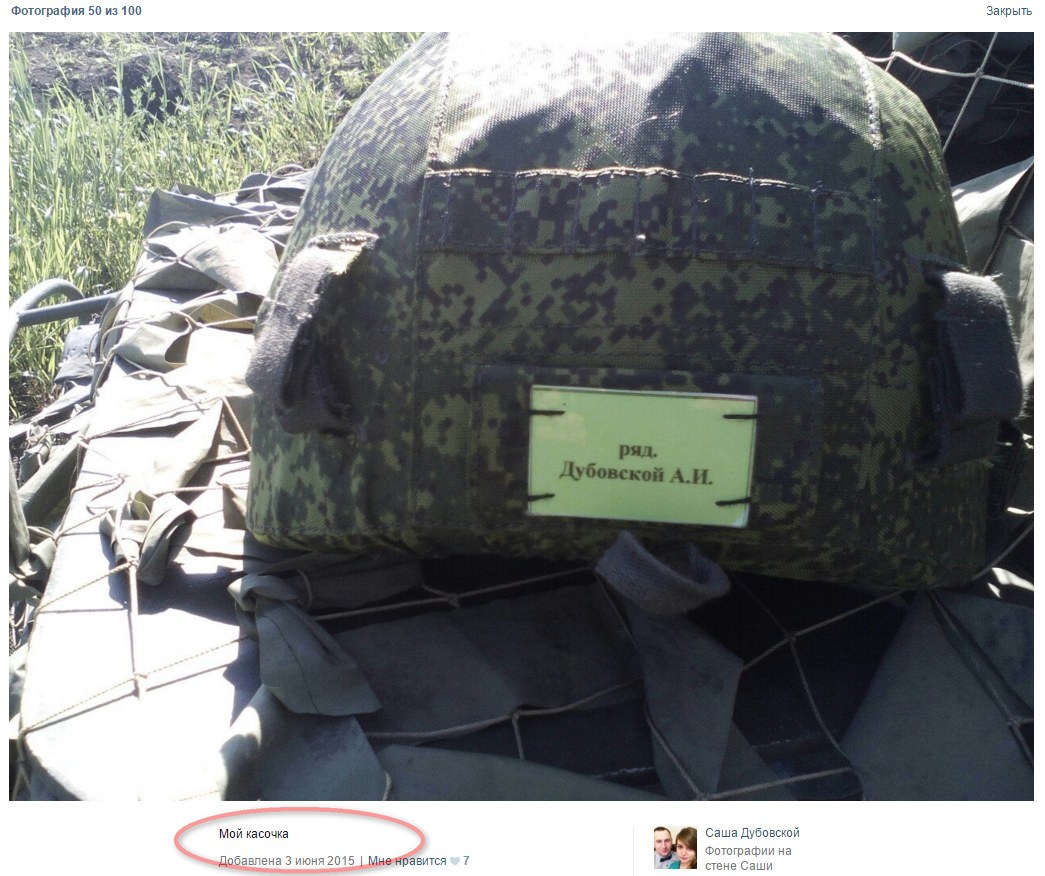 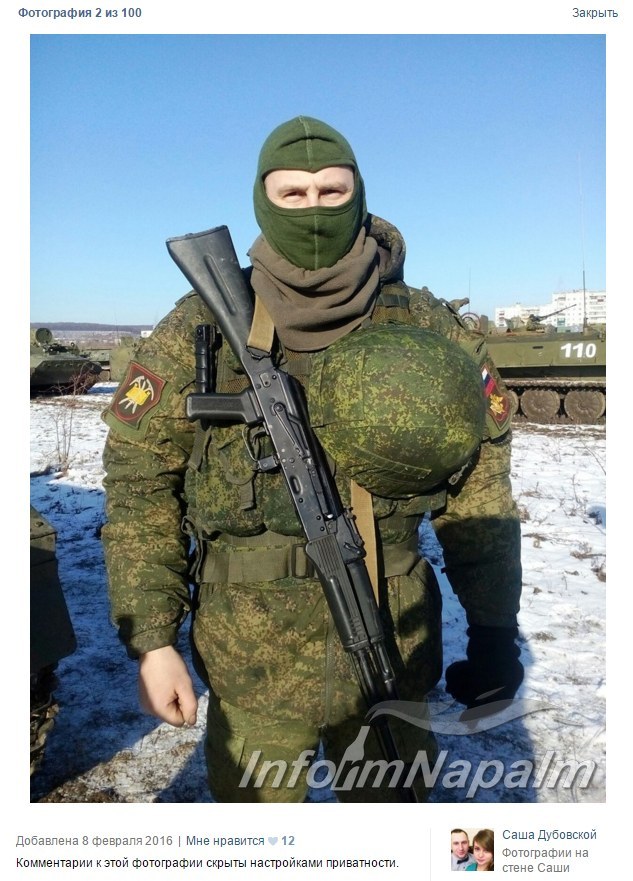 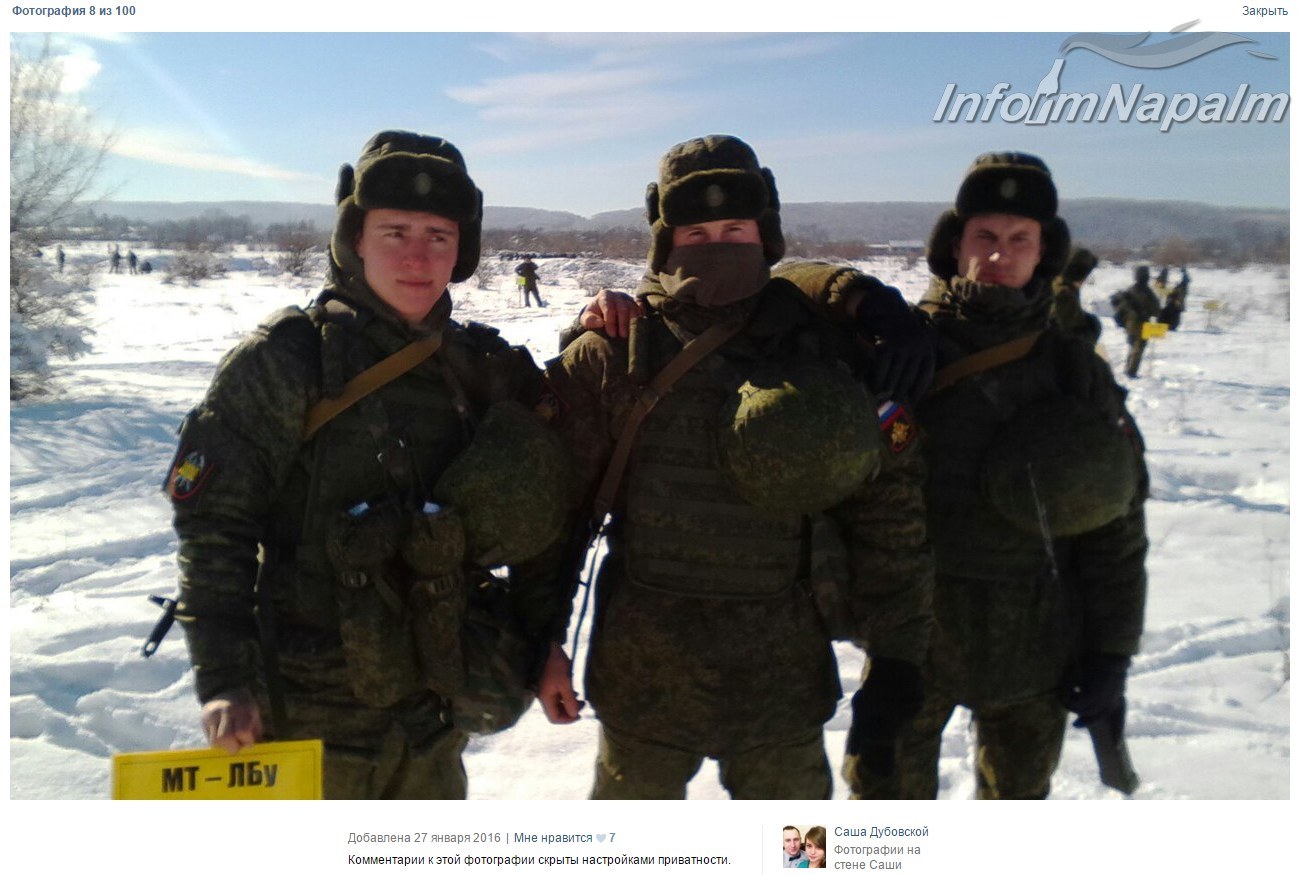 Unfortunately, his profile has no recent photos. The latest one was taken during a party on February 23, 2015 [Day of the Russian army]. 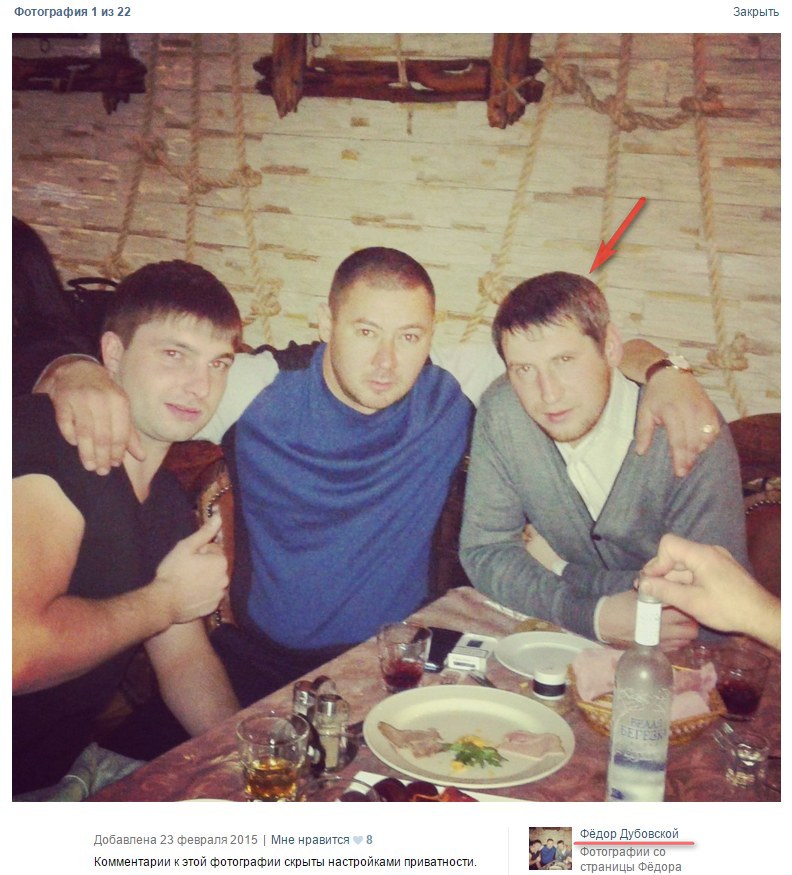 These are the pictures of the twins in barracks (Novocherkassk).

While the diplomats from all over the world negotiate on the world security, the Kremlin perfects in waging ‘hybrid’ wars. Georgian events took place in 2008, Ukrainian ones – in 2014, Syria is happening now: and everytime the same methods are used.

And in conclusion let’s focus on the fascinating process of ‘rotation of the Russian group in the Joint Centre for Ceasefire Control and Coordination’. Pay attention to the ‘rotation‘ word – it means that we coldly observe the constant changeover of the Russian officers (by the way there are 76 of them, not counting the so-called representatives of ‘LPD/DPR’). It means that since the opening of the center (September 24, 2014) a significant part of the officer personnel of the Russian armed forces has visited the mission in Donbas.

If you like what we do, you can support the InformNapalm community on the Donate page. All the gathered funds will be used to improve the project.

4 Responses to “Freelance Russian ‘JCCC Representatives’ from the 33rd Brigade”