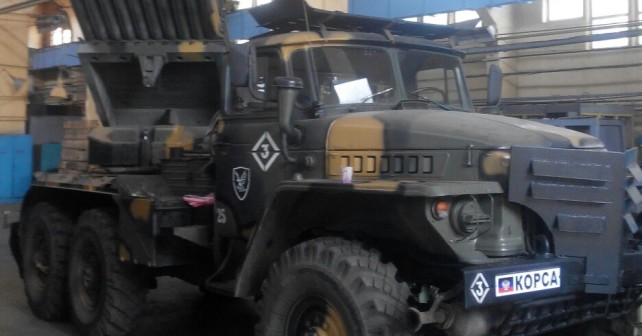 As the result of OSINT investigation, InformNapalm international volunteer group has found pictures (published in August, 2015), which locate 122 mm BM-21 ‘Grad’ multiple rocket launcher systems inside some kind of industrial premises. More detailed study of social network profiles of the Russian militants shows, that they serve in ‘Korsa’ artillery division of the Russian occupation forces. The location of the hidden military equipment is the town of Horlivka, meaning the town, which is located on the front line. Starting from the late October, 2015, we have been observing the profiles of the Russian militants Domin Dmitriy Alekseevich and Valevich Artem. We have got several pictures, which prove the Russian BM-21 ‘Grad’ equipment presence in the same industrial premises of some kind of enterprise in Horlivka. This time the weather in the picture is colder, it can be Autumn of 2015, since militants are dressed warmer.

Recently we found out that Dmitriy Domin has deleted his pictured of ‘Grad’ vehicles, while Artem Valevich has tried to keep the most memorable pictures and just cropped them a little bit, so that the premises were not seen, he has also deleted photos of ‘Grad’. After this we decided to publish those deleted pictures in twitter so that somebody could help use with identification of those premises.

People’s opinions divided, some of them say that this is ‘Stirol’ corporate group, others say that this is Kirov’s Horlivka machine building enterprise. The common statement between those two is that this is certainly Horlivka, which means that it does not matter where exactly those multiple rocket launchers are hidden, because the Ukrainian troops do not commit preventive attacks on the places of enemy’s equipment concentration and because our forces do not attack settlements, and this is widely used by the Russian occupation forces, when they locate their equipment inside settlements near residential areas. 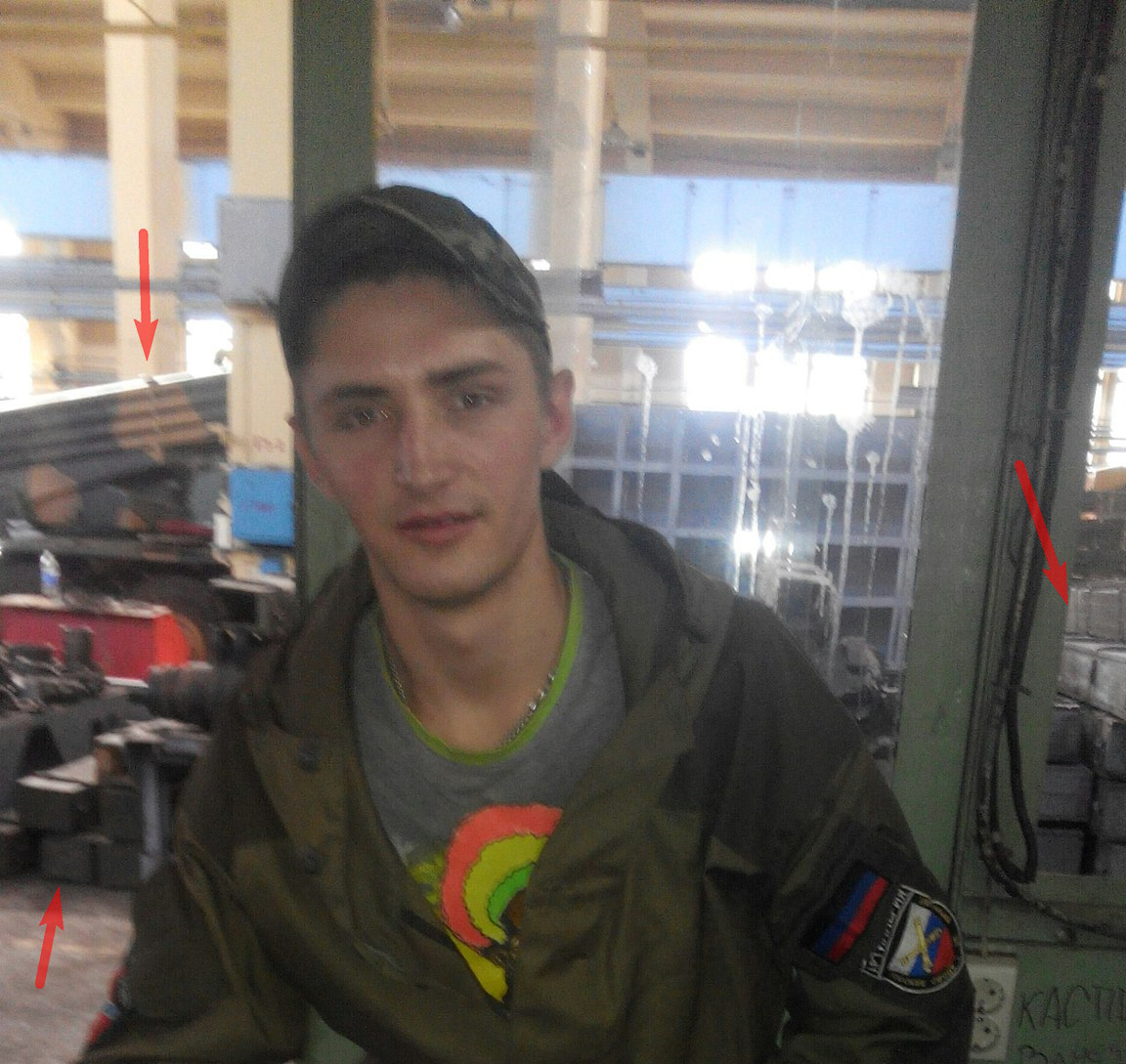 Similar BM-21 ‘Grad’ from the ‘Korsa’ division was shown during the exhibition in Horlivka on Lenin’s square on August 30, 2015. 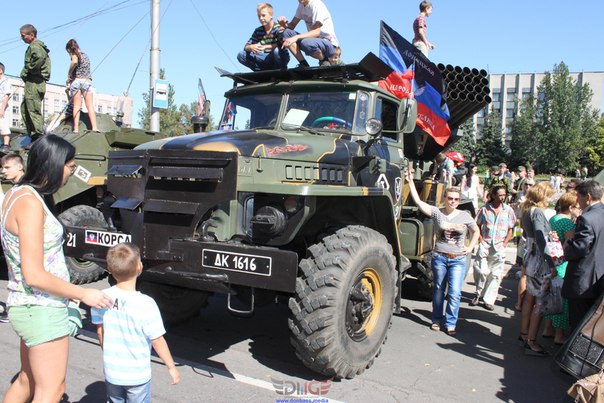 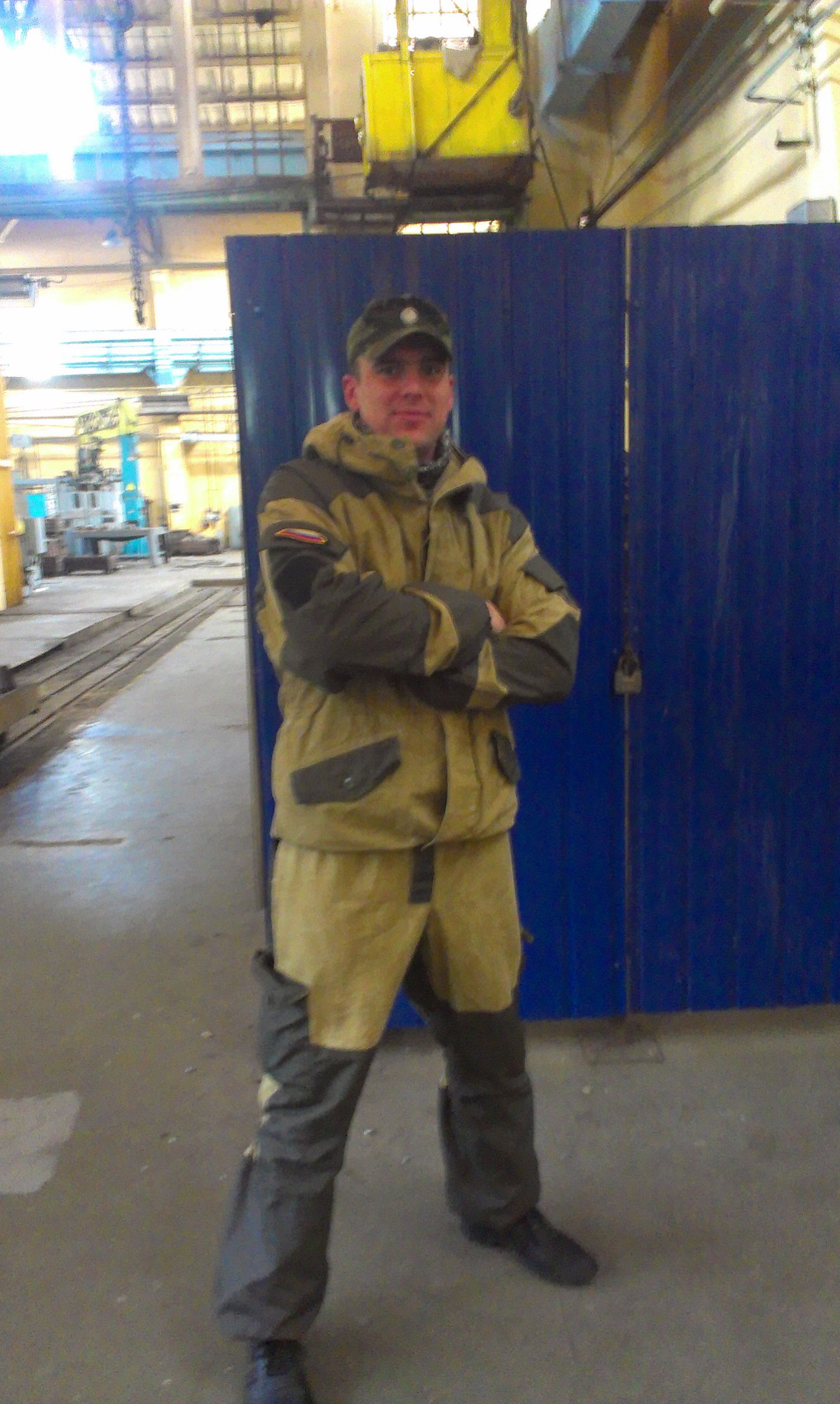 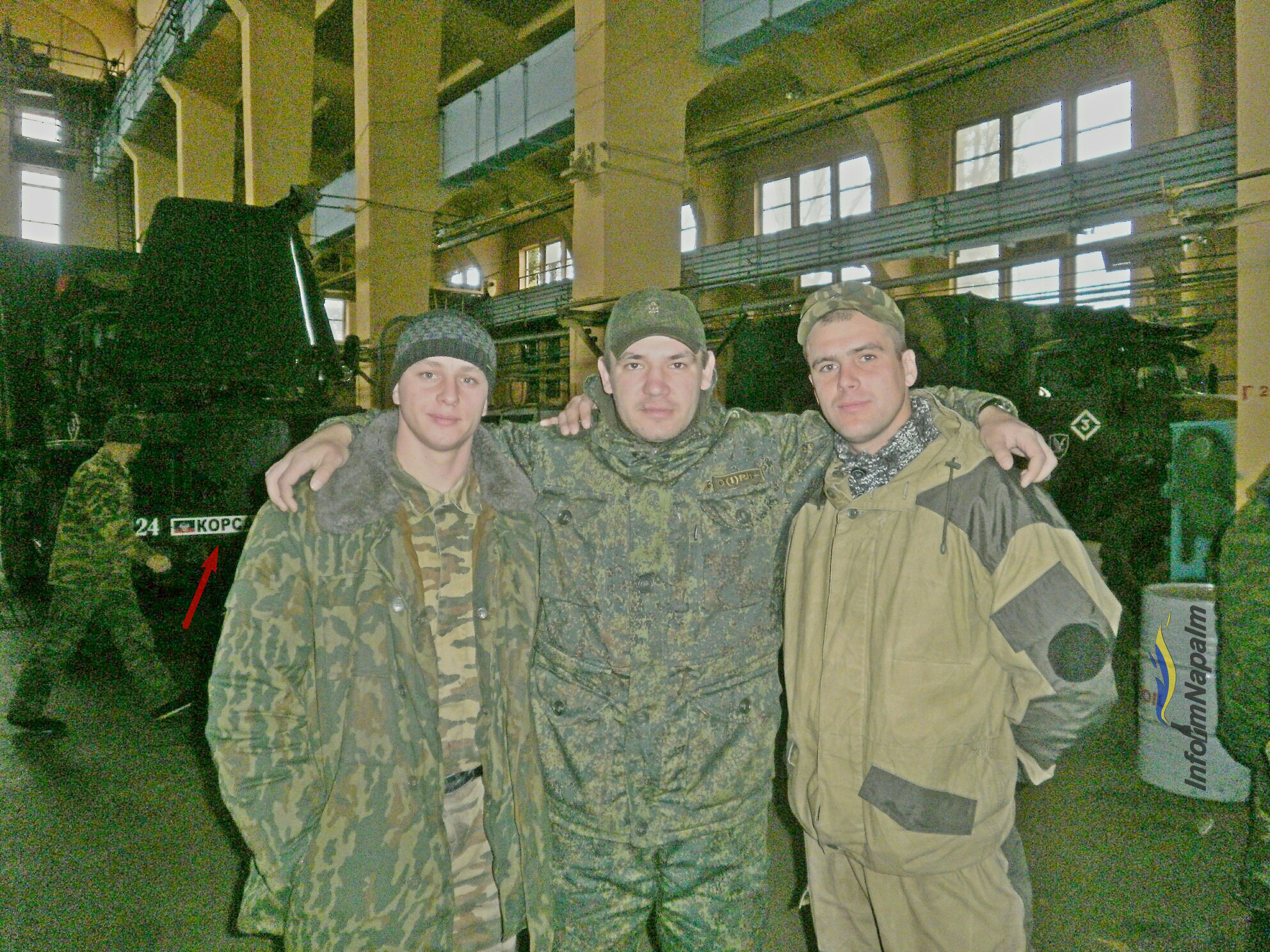 Same pictures, but cropped and not deleted from the profile (1 and 2). 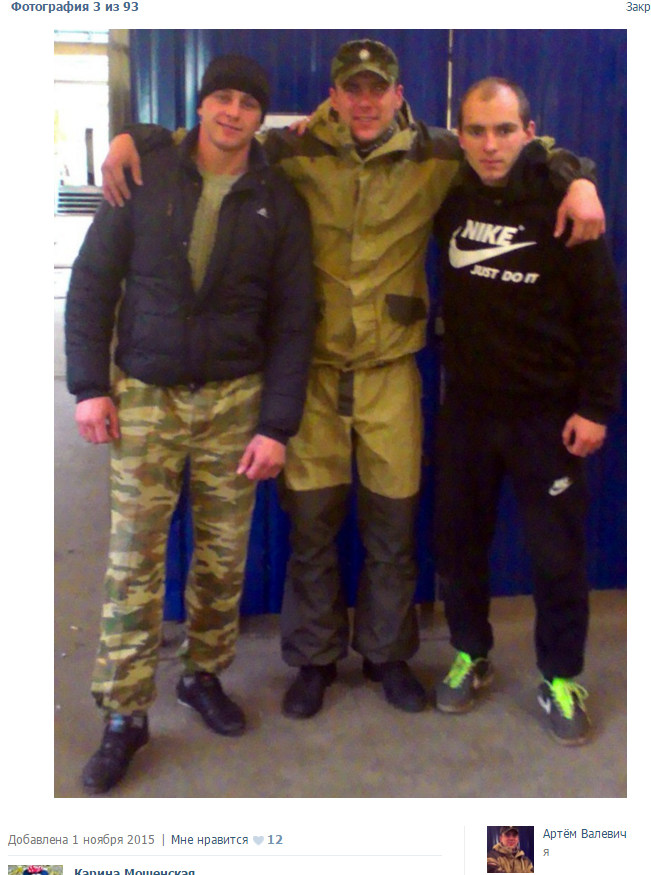 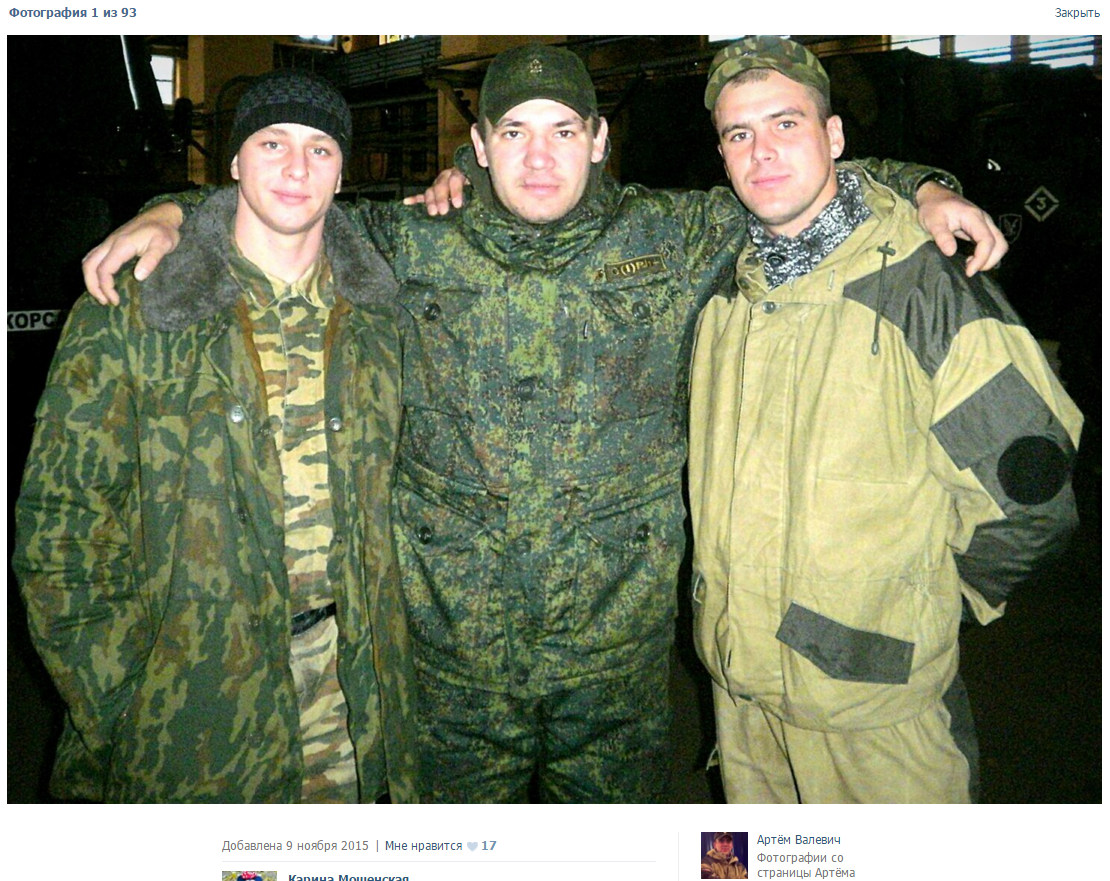 It is really hard to identify the location based on the pictures made inside the building, until a person has visited the building before, or if the building is popular and is present in many publicly available pictures or videos.

Militants have taken pictures with the same dog; Artem Valevich even has geotags on his pictures. Those geotags point to places around the Kirov’s machine building enterprise. 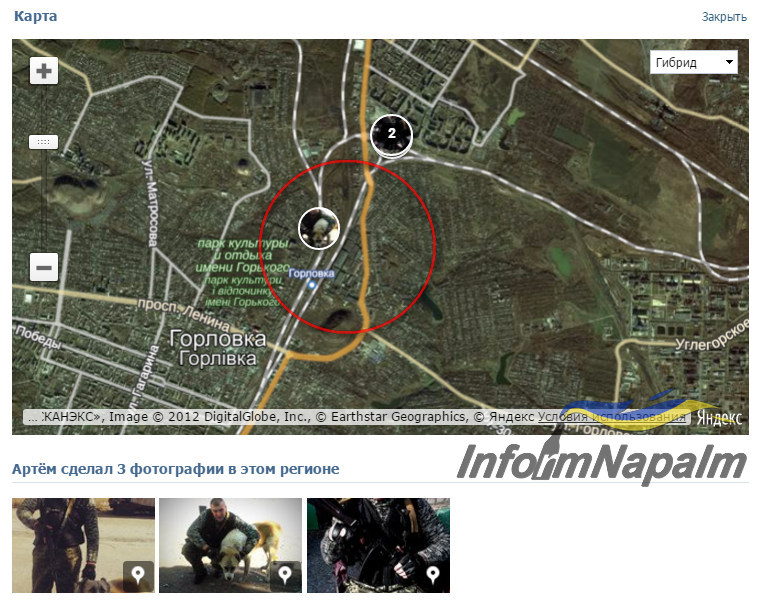 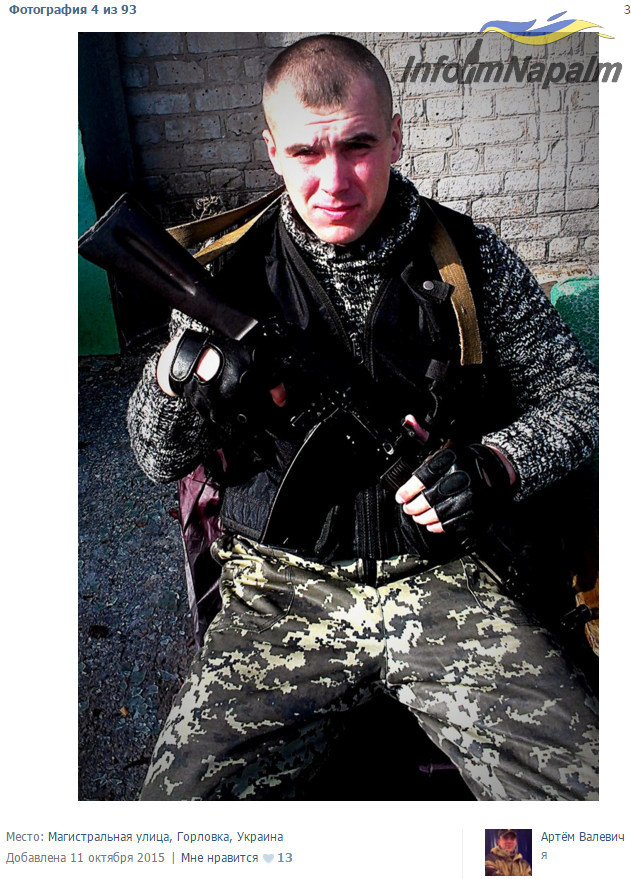 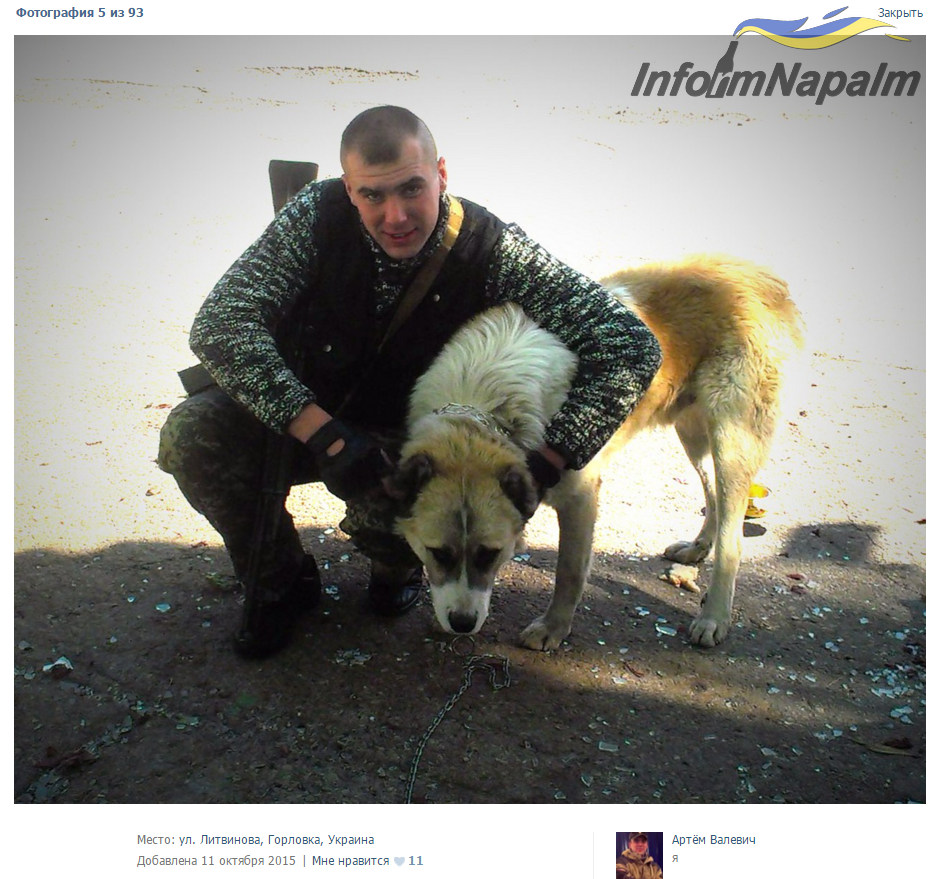 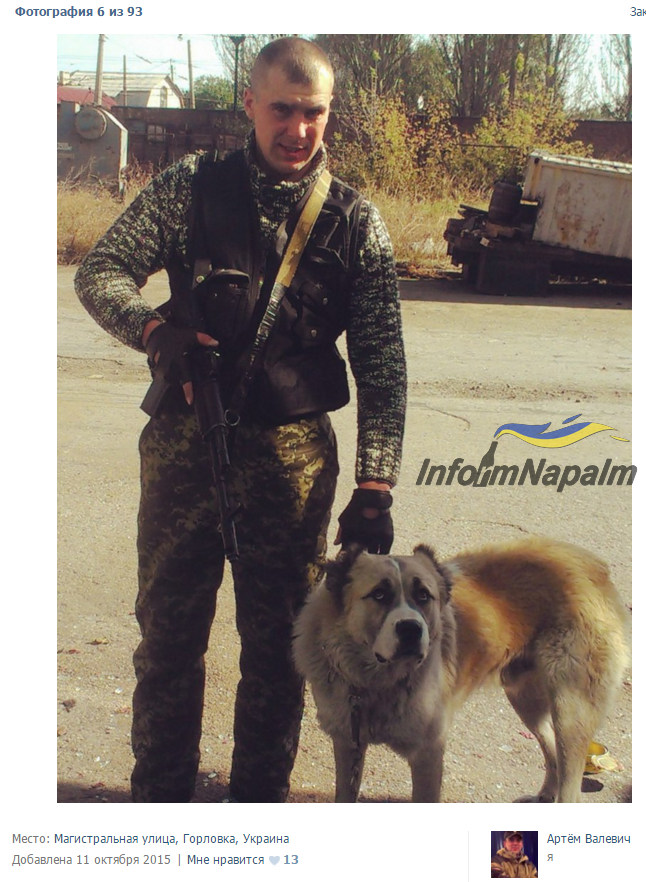 Picture of Dmitriy Domin with a dog, we can even see a part of the enterprise. 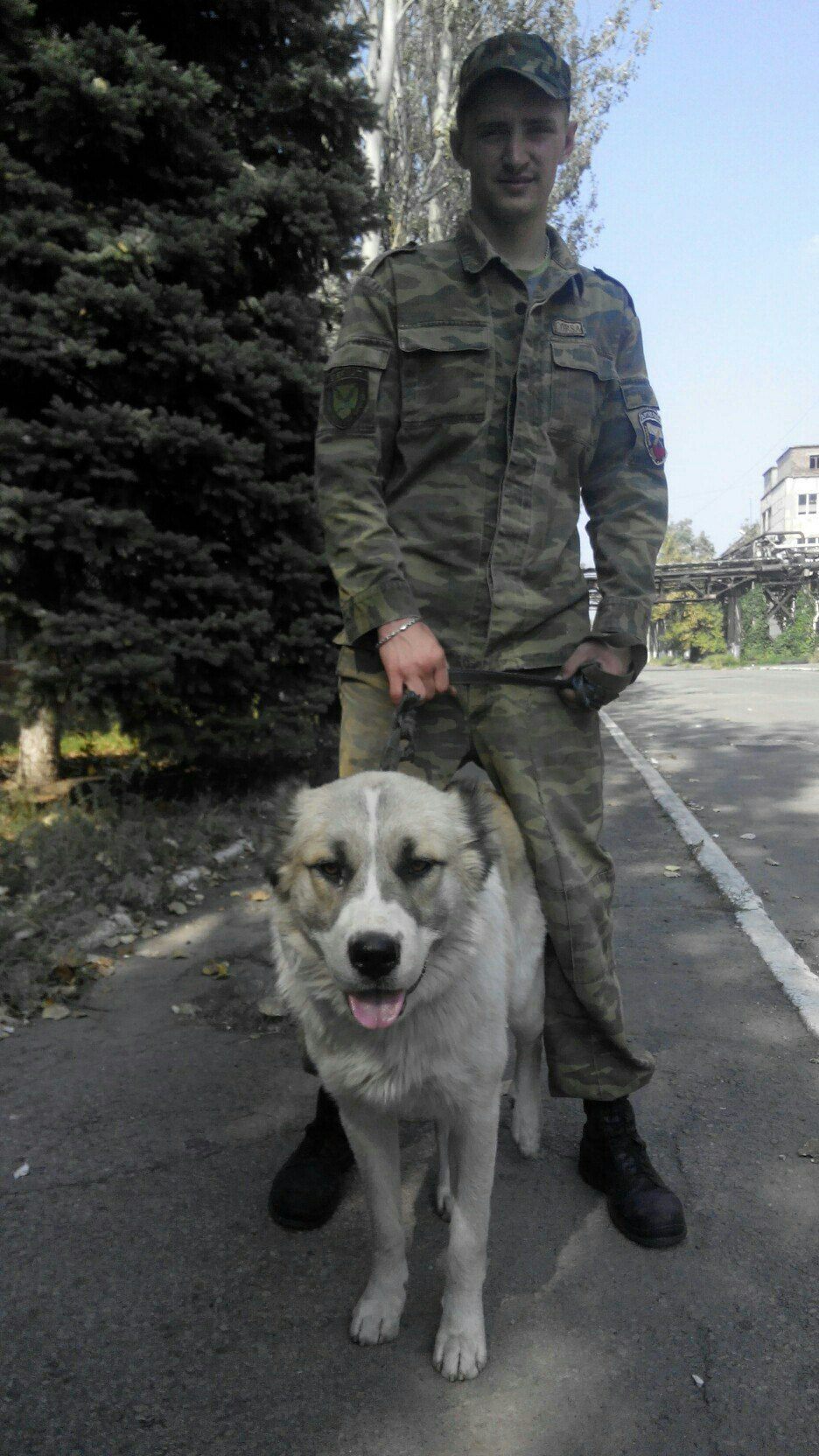 Picture from the same building taken in August, it has not yet been deleted from the profile. 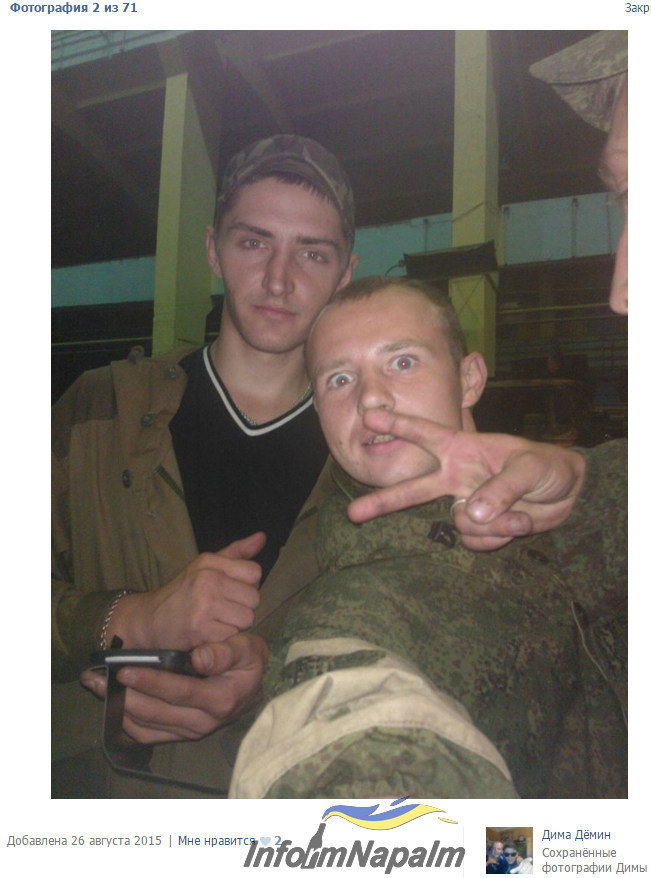 According to the order No. 527 published on October 15, 2015, Domin Dmitriy Alekseevich was promoted to ‘junior sergeant’; he is a commander of a combat vehicle of the 2nd reactive artillery battery, which is a part of the ‘Korsa’ reactive artillery division of the Russian occupation forces. 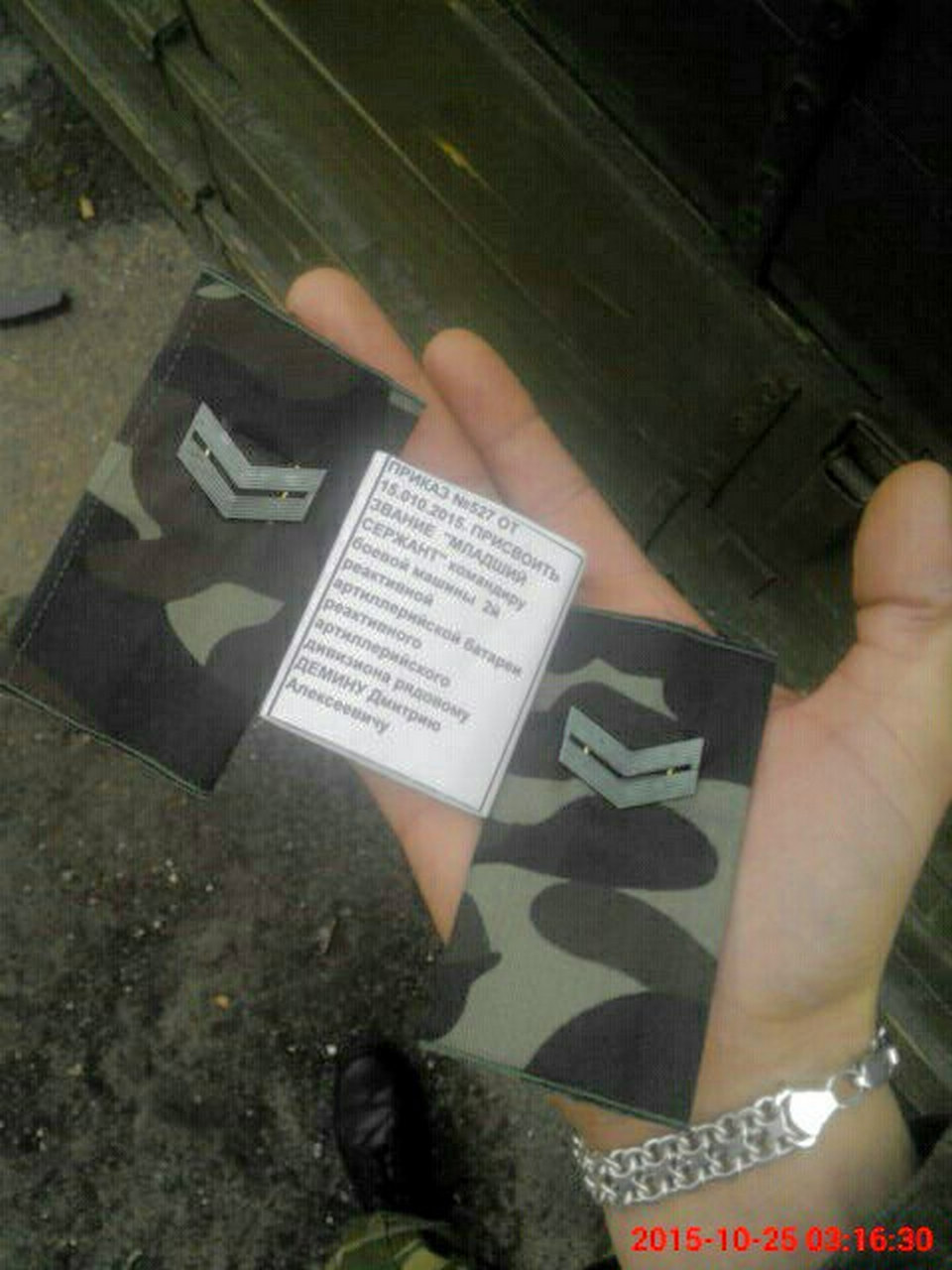 By looking at militants’ faces we can see that celebration of this promotion took a long time. 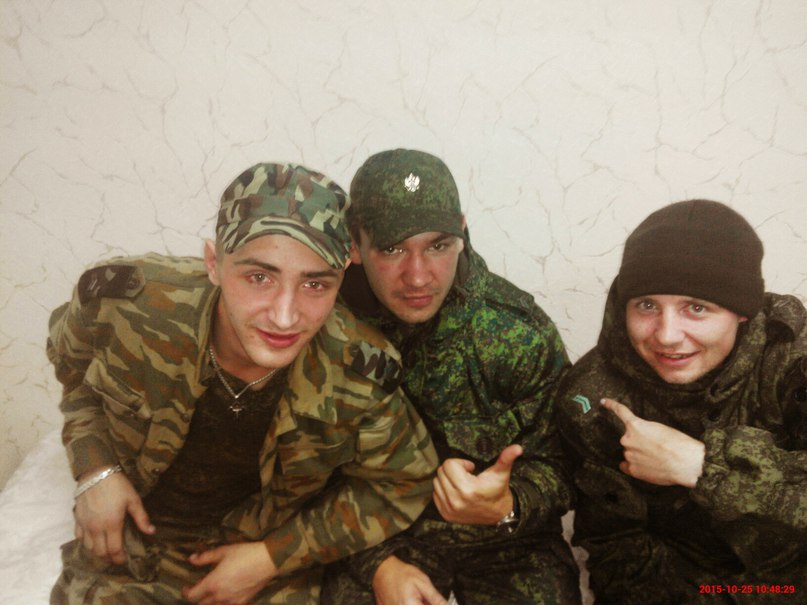 Remember that “alcohol abuse results in harms to your health and leads to lethal outcome”.