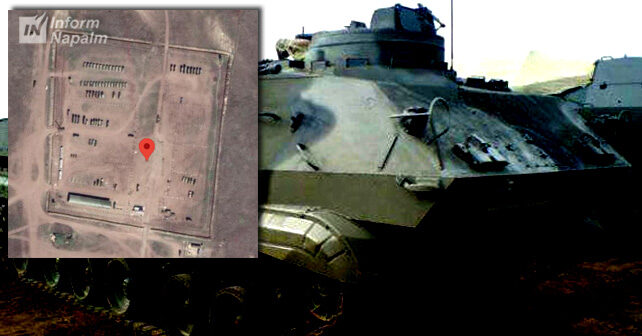 The new OSCE SMM report No. 269/2020, issued on November 11, 2020, contains information about the detection of the UR-07 Peresortirovka remote mine clearing vehicle, among other types of weapons and equipment, in a training area near the village of Shimshinivka (27 km south-west of Luhansk).

According to the observations of InformNapalm international intelligence community, the abovementioned military equipment is probably located at the location with coordinates: 48°26’37.0″N 38°58’38.8″E. 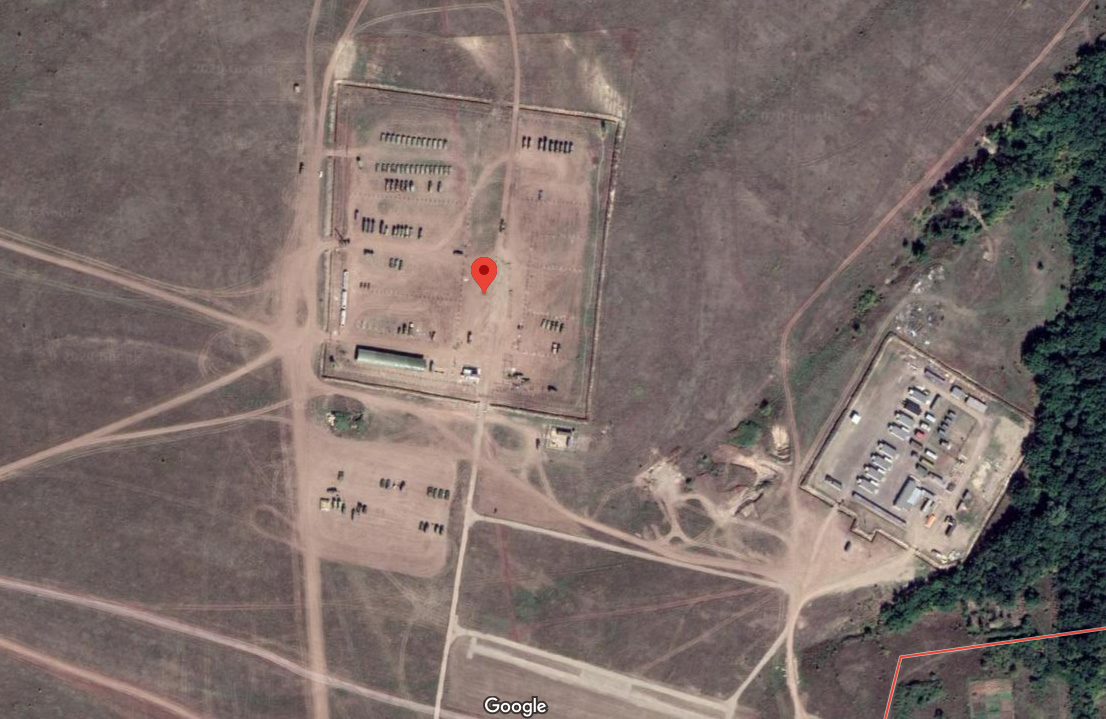 It should be emphasized that the UR-07M Peresortirovka is a relatively new type of Russian equipment that could be supplied to the Donbas exclusively from Russia. This is one of the first cases when it was spotted in the occupied part of the Donbas.

The UR-07M Peresortirovka vehicles began to enter service with the Russian Ministry of Defense in 2014. In the future, they are supposed to replace the outdated UR-77 Meteorit.

Volunteers of InformNapalm international intelligence community have reported on the deployment of the UR-77 Meteorit in the Donbas, located in residential building neighbourhood, which was potentially dangerous, given that only one ammunition load for the UR-77 (two UZP-77 charges) contains 1,450 kg of plastic explosives.

The UR-07M mine clearing vehicle Peresortirovka is mounted on the chassis of the BMP-3 infantry fighting vehicle. The launcher of the UR-07M is equipped with extended demining charges UZP-06 and UZP-06D. They are capable of making passages in minefields several tens of meters wide. The range of charges is 340 meters for UZP-06, and 1 km for UZP-06D. The new charges are capable of destroying any existing types of mines. The demining charge is a rocket with a long cable attached to it. Explosive charges are placed on the cable. When the cable falls to the ground after launching the rocket, the explosive attached to it detonates and initiates detonation of land mines. To camouflage the vehicle on the battlefield, the 902U Tucha smoke screen system is installed on the hull, which consists of six 81-mm grenade launchers for firing smoke grenades. 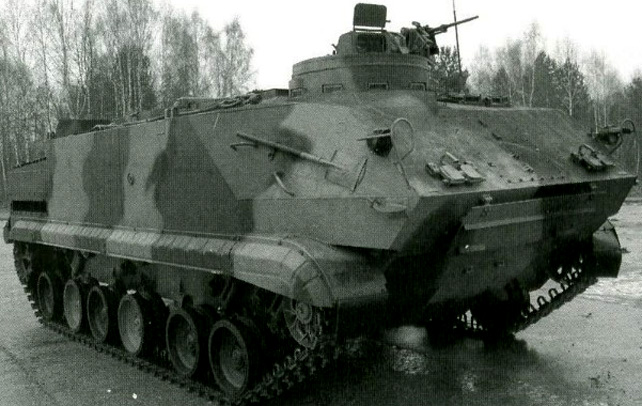 On September 22, 2017, the OSCE SMM mini-drone noticed one UR-77 and two UR-07 vehicles of an earlier modification near the village of Myrne (28 km south-west of Luhansk).

The OSCE SMM report No. 269/2020 from November 11, 2020 indicates that a short-range UAV also recorded a large number of weapons and equipment in a training area near the village of Buhaivka (37 km south-west of Luhansk). Also, a 1RL134 P-19 Danube target and acquisition radar was spotted there. This radar was developed in the former Soviet Union. It was designed to detect and track flying aircraft.

According to the observations of InformNapalm international intelligence community, the training area indicated in this report is located at the coordinates: 48°24’26.3″N 38°52’45.3″E. Dozens of pieces of equipment of the Russian occupation forces in the Donbas have been housed there for a long time. 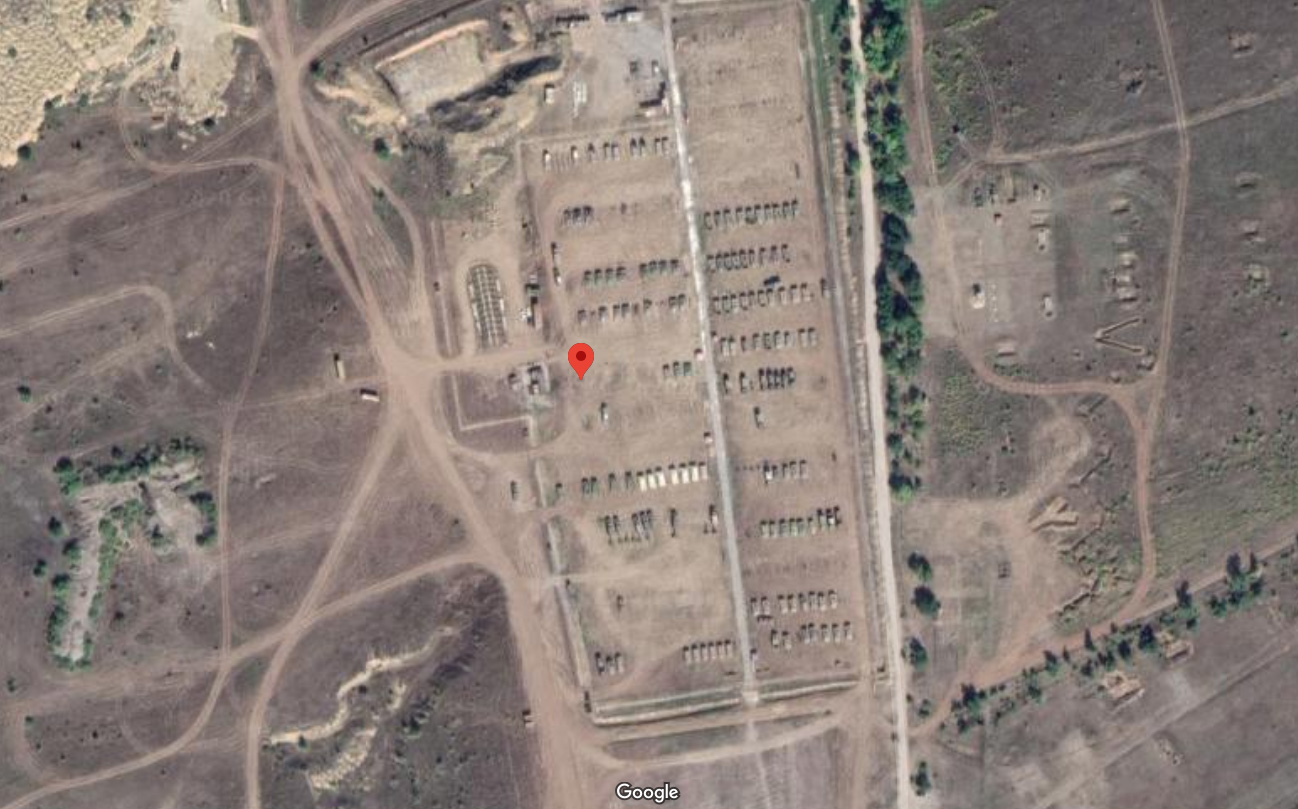 As reported by InformNapalm in September based on the data from OSCE SMM reports, Russia has actively used the ceasefire to increase the combat effectiveness of its forces in the Donbas:  engineering work, mining of new areas, and replenishment of ammunition through concealed supply of cargo through uncontrolled areas of the border have been performed.

No Responses to “Evidence of Russian aggression: New type of modern Russian technology discovered in Donbas”