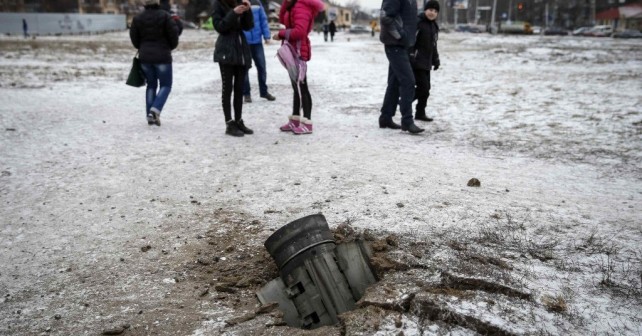 Today is a 1-year anniversary of the Kramatorsk shelling by the Russian ‘Smerch’ MRLS (Multiple Rocket Launcher System). Exactly one year ago, on February 10, 2015, Kramatorsk, which began to live a peaceful life after the exemption, was shelled by the 32 rockets of 300mm caliber from the territory controlled by the united Russian-separatist forces. Eighteen rockets fell in the ATO headquarters area, and fourteen in the residential areas of a town. Because of the incident, which has been qualified as a terrorist attack, seventeen people died and about sixty persons were injured with varying degrees of severity. This is one of the bloody war crimes that certainly must be considered during the military tribunal against the Russian Federation in future.

As reported on the Kramatorsk web-site (RU) the first official statement from the Ukrainian military forces was made 1,5 hours after this incident. According to the information from military forces, Kramatorsk was attacked from the Horlivka side. Hour and a half later Petro Poroshenko, the President of Ukraine, commented shelling of the Kramatorsk. 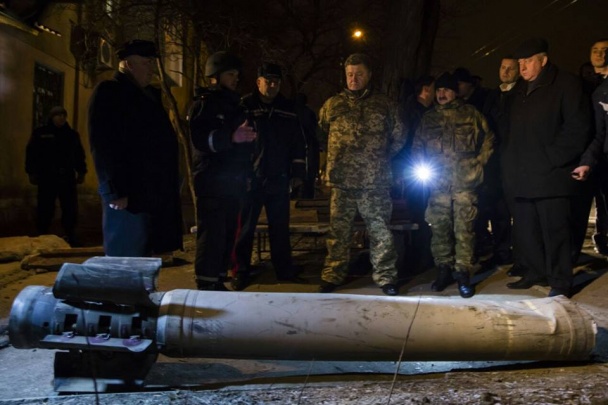 Several hypotheses were suggested by the foreign internet bloggers that formed the basis of a big OSINT investigation (RU) that collected facts about the probable direction and location from which Kramatorsk was attacked. The InformNapalm volunteers translated the material of this investigation into the German, Czech, Polish and other languages.

More than 2 weeks before the tragedy, the InformNapalm volunteers informed (RU) that on January 22, in daytime, the Russian ‘Smerch’ multiple rocket launcher system of 300mm caliber was spotted in the Makiivka town up the Danilov street. The ‘Smerch’ MLRS was moving without any escort in the direction of the Zelenyi [Green] micro district. A crew consists of three persons, and it takes 3 min arm this complex. The destruction range is from 20 up to 120 km.

Probably this artillery unit or its analogue was used by the united Russian-separatist forces on February 10 for realization of this bloody terrorist attack in order to execute the Kramatorsk residents and Ukrainian soldiers.

Artem Getman has also placed the photo history of this terrorist attack with the devastating effects and the victims in Kramatorsk in his blog (photos 18+). 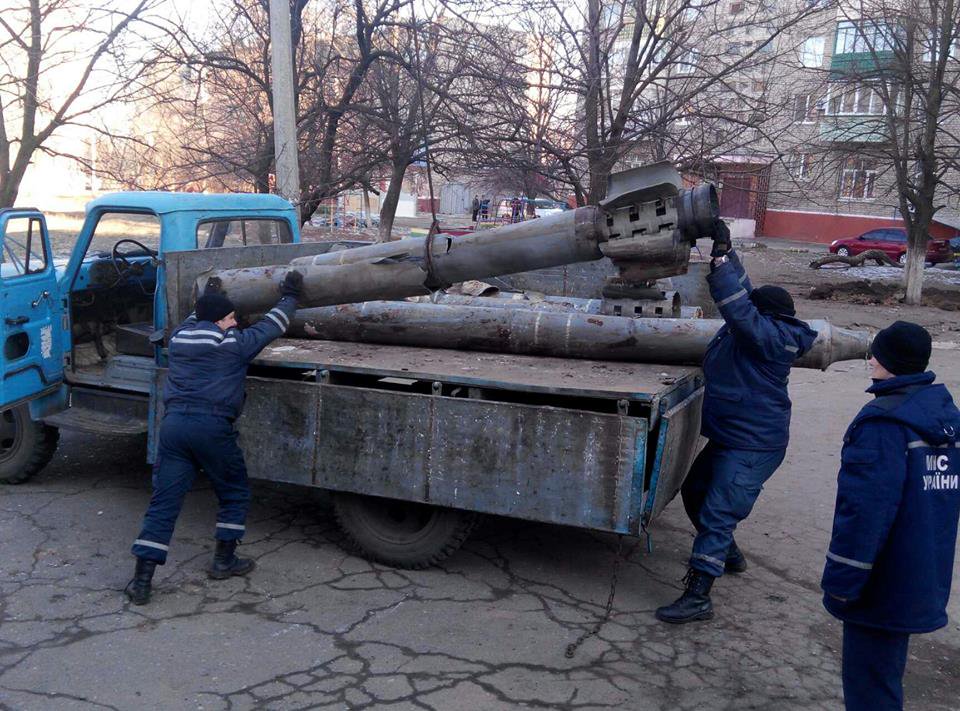 February 10, 2016 is the Remembrance Day for the victims.

At 12:30, there will be a citywide tribute to the victims of this terrorist attack in the Kramatorsk. All vehicles will suspend the movement for one minute and signal in memory of the victims.

All flags on the administrative buildings will be flown at half-mast as a sign of mourning.

There will be meeting in the ‘square of heroes’ near the stone, which was laid at the construction of the chapel in a memory of all the victims.

No Responses to “Kramatorsk: Details of the Tragedy, Facts, OSINT-investigations, Video”