Why Do Assad and PKK Strike Turkey 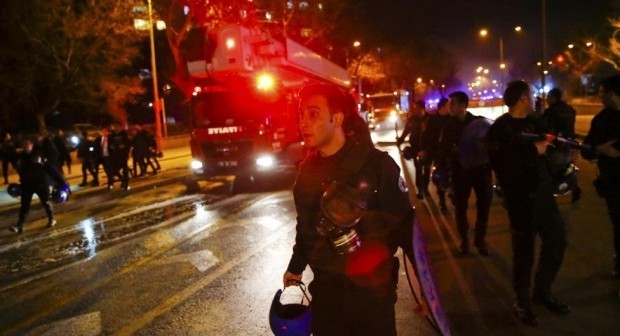 A terrorist attack against military vehicles was carried out in Ankara on February 17. 28 servicemen (including 20 high rank officers) were killed and 61 persons were wounded.

“We will continue our struggle against these pawns, which carried out these attacks that had no moral or humane boundaries and the powers behind them every day in a more determined manner,” said president Erdogan in an official statement.

In fact, if we consider where and how the attack was planned and carried out, it becomes clear that this is not an ordinary operation. Because the place of the terrorist attack is an important point in the center of Ankara, Turkey’s capital. Various ministries, the Air Force Command and the Grand National Assembly of Turkey are located nearby. 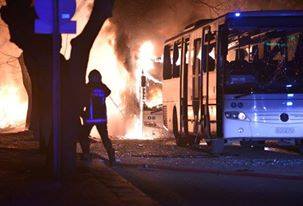 In addition to that, the head of the Turkish state, President Erdogan, used the word ‘pawns’ immediately after the attack. Everyone in the Middle East knows such expressions as ‘pawns’ and ‘instruments’ of other states, and uses them in relation to the PKK and the Syrian branch of the ‘Democratic Union Party’ (PYD). This organization declared itself as an ‘opposition’ in the early days of the uprising against the Assad’s regime. Then, according to the orders of other governments, it started to cooperate with Assad (Assad pursues the Syrian Kurds for 20 years already, and does not even consider it necessary to give them an identity cards). Next, with appearance of Russia, it signed an agreement with Russia and began to attack the rebels (the opposition). And now, at the time when it publicly declares its main purpose to establish dominance in the Kurdish areas and fight against ISIS, it in fact supports the Russian ground troops. Now, however, PKK tends to advance to the Turkish border, and, clearly in favor of Russia, attacks primarily civilian areas controlled by the Syrian opposition, which has no ISIS or Kurd fighters. 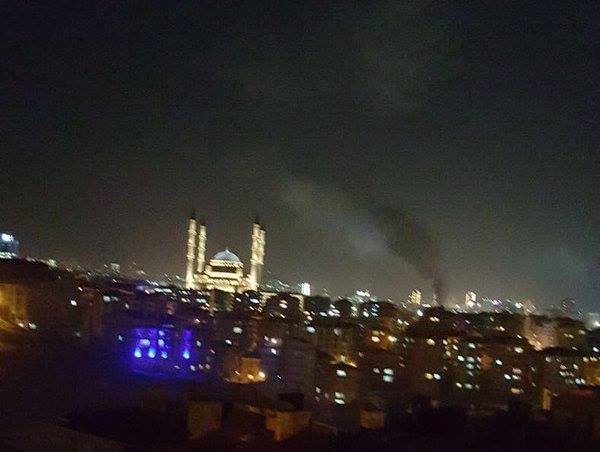 These areas are Matar, Minneh, Azaz, Tell Rifaat, Kestello and others. During these events, Turkey warned the PKK: “Do not approach our border (Azez), do not kill civilians and do not try to move to the west of the Euphrates. If you do so, our response will be tough”. However, PKK, having received support from Russia, continues to commit these crimes. Therefore, Turkey for a week shelled PKK in Syria with missiles of its own production. In addition to that, the Turkish army is in a serious confrontation with the PKK in the east – in Diyarbakır, Silopi and Hakkari. At the same time, Turkey has got a plan to enter Syria from the north to create a safe zone for the civilian population. Turkey does not support the dictatorial regime of Assad, which destroys its own nation and has already killed 400 thousand people, resulted in millions of refugees and destroyed all the cities. Turkey believes that Assad must leave and does whatever is necessary for that.

If we take all this into consideration, it seems that they want to lock up Turkey by the internal problems to be sure that it has no time or strength to solve external issues. If Turkey is driven out of the Syrian game, then Russia will win and get all the Syrian ports in the Mediterranean, PKK will create its own government, Assad will preserve the power and the oppressed Syrian people will sustain the defeat. Therefore, they are doing and will do anything to distract and isolate Turkey from solving the Syrian problem.

Thus, yesterday’s explosion in Ankara must be understood in this context. I wrote about this in my Twitter and focused on the fact that the explosion was planned by the Assad’s regime and carried out by the PKK. A few hours later the Prime Minister of Turkey, Ahmet Davutoglu, after a meeting with the state security services, officially announced that the explosion in Ankara was conducted by Salih Nedzhar, a member of the PYD party. Today it became clear that Salih Nedzhar serves in the military intelligence of the Baath’s regime led by Bashar al-Assad.

Yes, it seems that all evil forces united to openly and brazenly attack Turkey.

One Response to “Why Do Assad and PKK Strike Turkey”