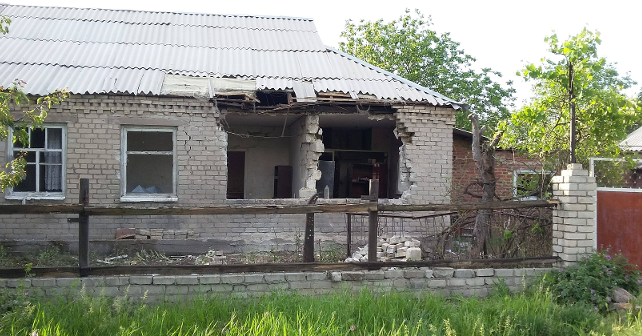 Intense fighting continued for weeks across the entire front line in eastern Ukraine. Svitlodarsk, Horlivka, Donetsk, and Mariupol areas have been among the hot spots. The Russian hybrid army is not only trying to push against the Ukrainian forces but is also firing at civilian areas.

During a week, the following areas were subjected to heavy shelling by Russian forces.

The city of Toretsk (Donetsk Oblast), near Horlivka. Ukrainska, Tsvetochna and Zaliznychna Streets were shelled by artillery. Some buildings were damaged. The Center for Social and Psychological Rehabilitation in Toretsk was shelled. At the time, 28 children were inside the Center. Luckily, there were no casualties, children were urgently evacuated from the building.

Video: Toretsk police evacuates children from the Center for Social and Psychological Rehabilitation

Town of Zaitseve (Donetsk Oblast), near Horlivka. During the shelling, a 60-year-old woman was injured, she was hospitalized with a blast injury.

Zaitseve. Civilian buildings were shelled by 122 mm cannons and 120 mm mortars, which were banned by the Minsk agreements. Two houses on Vernadsky Street (8 and 57) were hit by mortar shells. One of them was completely destroyed and the other one had damaged windows and walls. 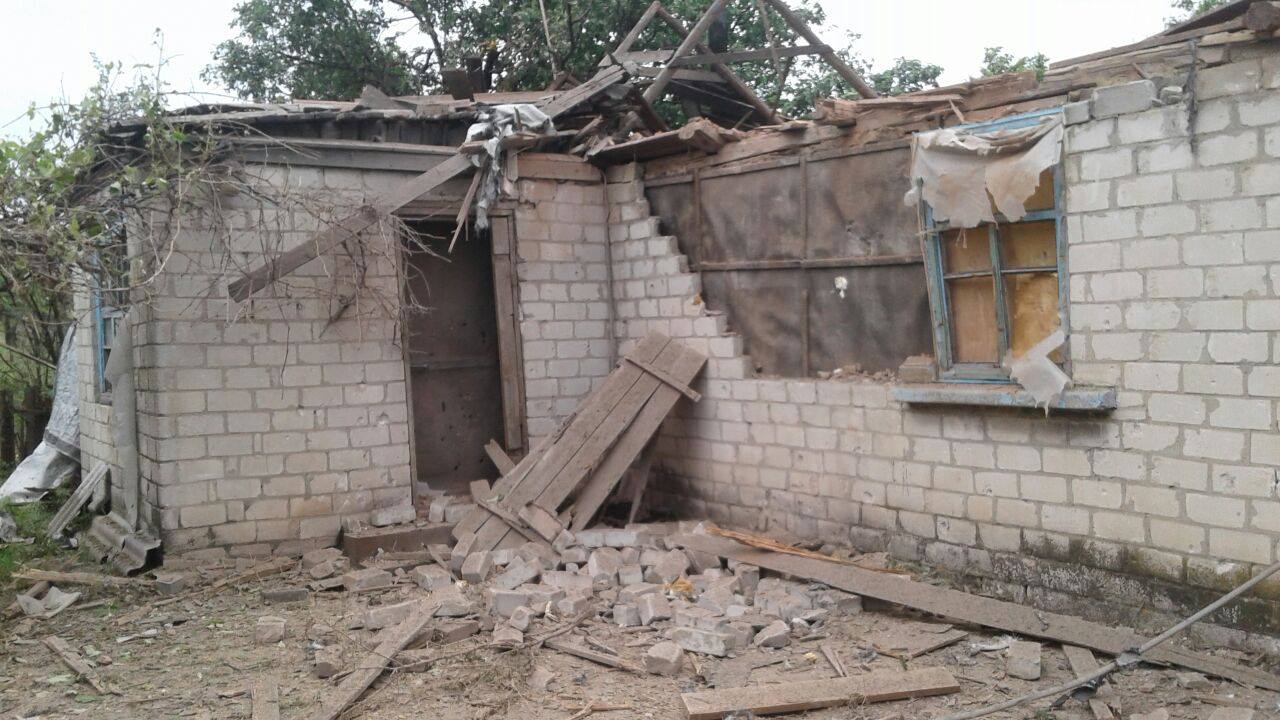 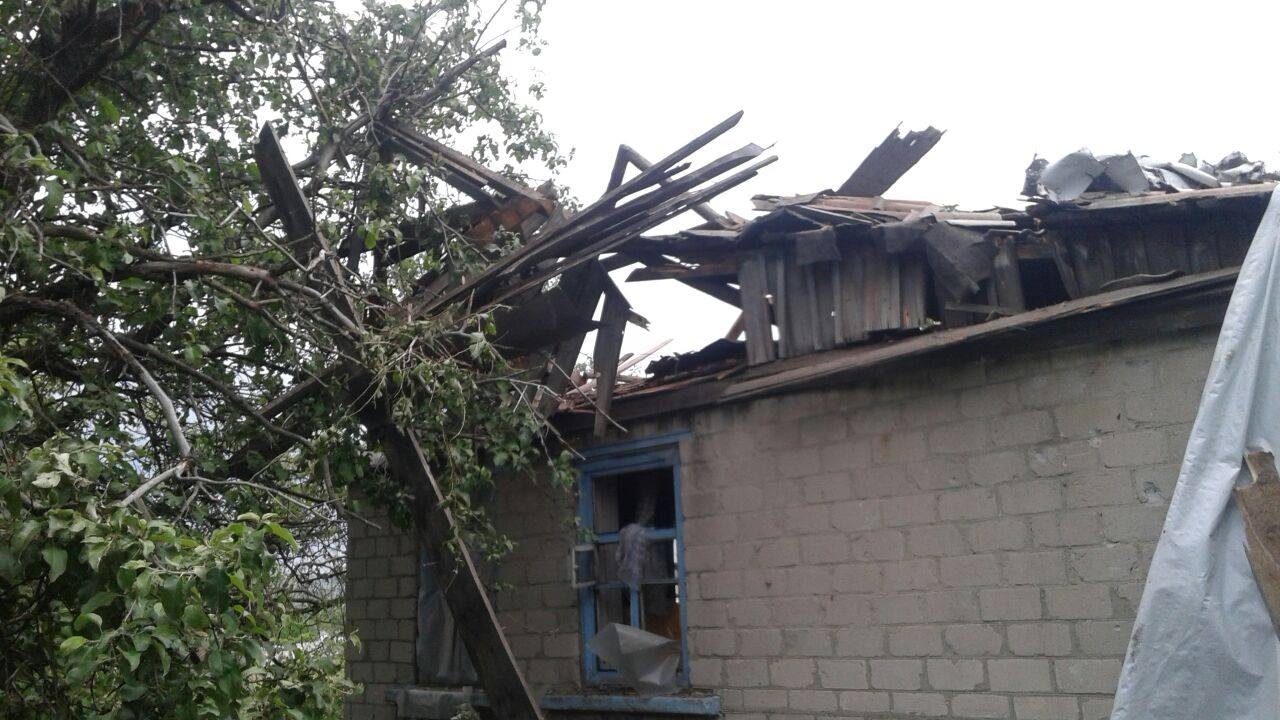 The shelling of Zaitseve on 05/20/2018 on Vernadsky Street | Photo: Press center of JFO

Also on this day the Avdiyivka area near the water filtration station was shelled once again. Donetsk Water Filtration Station holds 5.8 tons of liquid chlorine used for water purification. Damage to chlorine tanks is dangerous and could leave about 500 thousand people on both sides of the contact line without water.

Zaitseve. 120mm mortar shells were fired at the houses of Zaitseve. The shelling came from the direction of the town of Holmovsky, from the territory controlled by the Russian hybrid army. House at Manuilsky Street, 100 was hit. 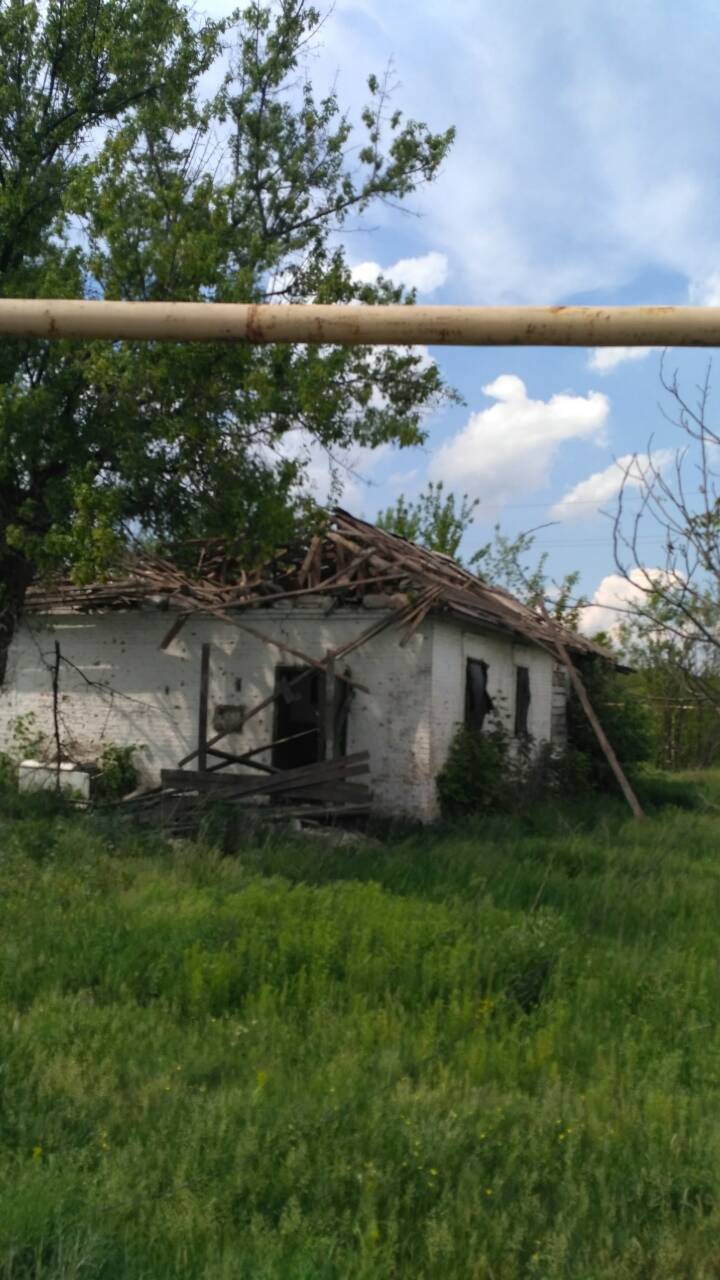 The shelling of Zaitseve on 05/19/2018 on Manuilsky Street | Photo: Press center of JFO

The village of Troitske (Luhansk Oblast), near Svitlodar. Residential areas of the village were shelled with 122mm cannons. Two civilians were killed, and two others were seriously injured. They were all from the same family.

Toretsk. Puzanova (formerly Sovkhozna) Street was shelled. As a result, a building with a family of 4 people inside was seriously damaged. 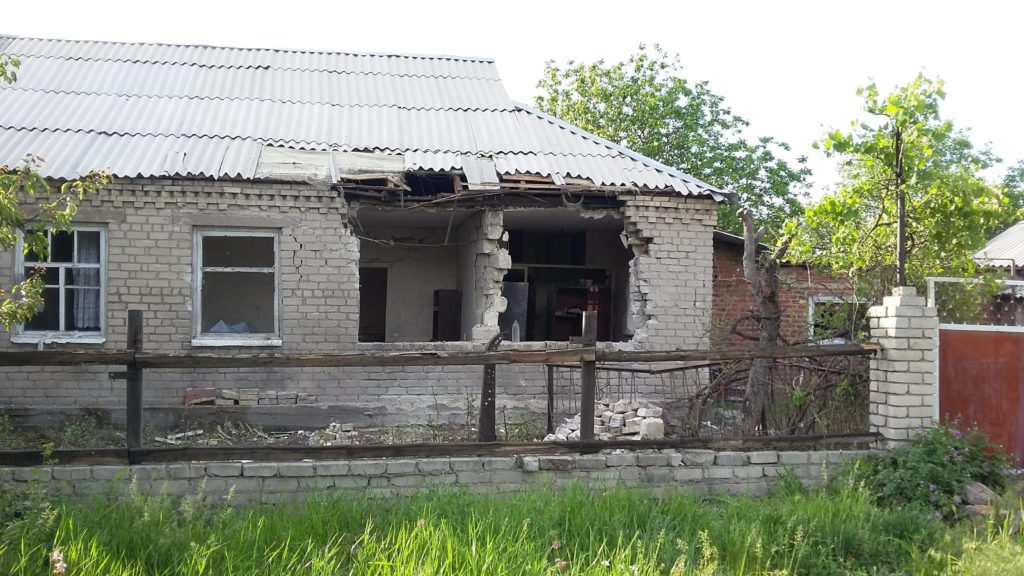 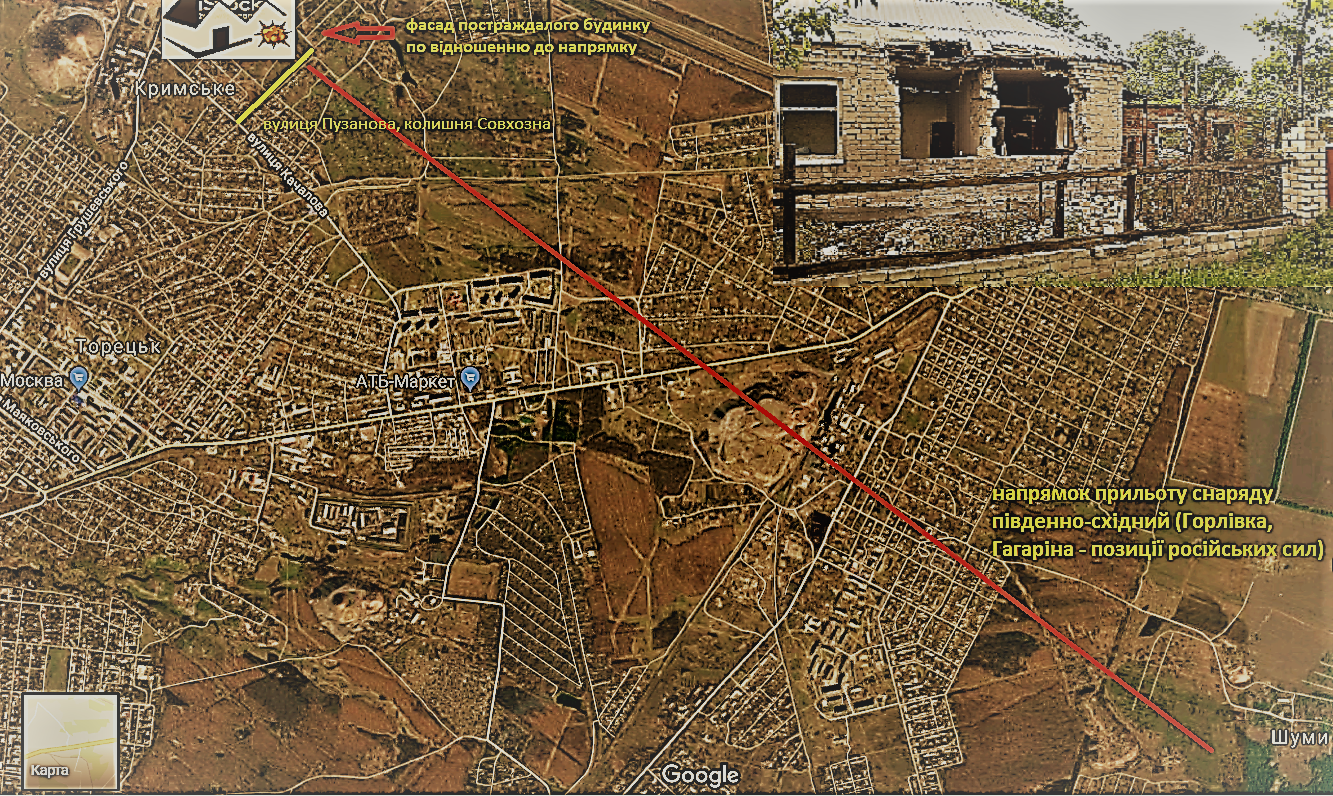 The video shot the next morning, May 19, near the house:

The city of Svitlodarsk (Donetsk Oblast). Artillery shells hit residential areas, among them the territory of School no. 11. At that time, there were about 370 students inside the school. Fortunately, the shell exploded outside and only knocked out the windows. 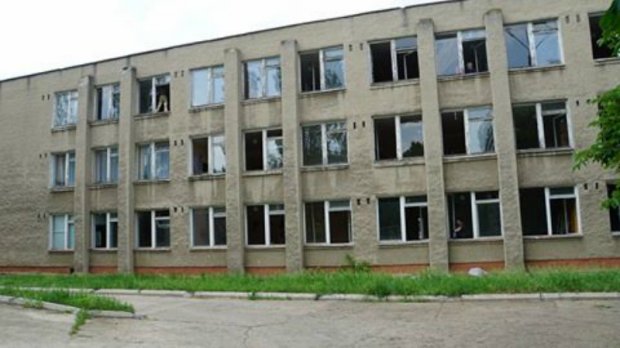 Kurtyumovka village (Toretsk Rayon, Donetsk Oblast). As a result of shelling 8 houses were damaged on Makarova and Trudova Streets.

Zaitseve. The town was shelled by 152mm and 122 mm cannons. The house at Vernadsky Street, 32 was completely destroyed.

Towns and villages in Yasinovata, Volnovakha, and Bakhmut Rayons were shelled. Four residential buildings were damaged on Stepna Street

Coverage of the war in Ukraine has almost completely disappeared from the pages of international media, however the war continues, and it affects not only military units. For the last four years, the Russian occupants have continued to shell civilian areas, targeting houses and schools.