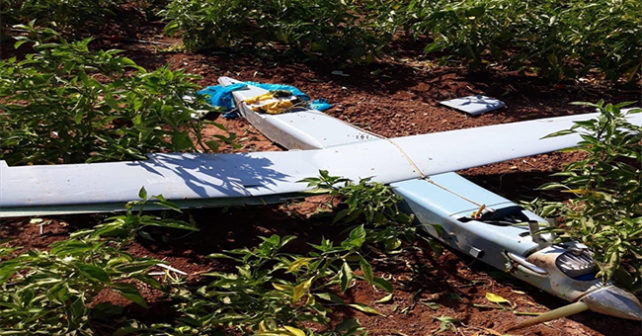 On September 28, a group of F-16 fighters of the Turkish Air Force shot down a Russian unmanned aerial vehicle (UAV) over the Turkish province of Kilis bordering Syria. The UAVs had violated Turkish airspace six times before it was downed.

According to a statement on the official website of the Ministry of National Defense of Turkey, the wreckage of the drone fell in the area of Cildiroba military base. It is also reported that the military could not identify the nationality and the type of the drone. However the photos of the downed intruder aircraft published on the site of the Turkish military agency give rounds to InformNapalm volunteers to determine that the drone belongs the Russian Federation. 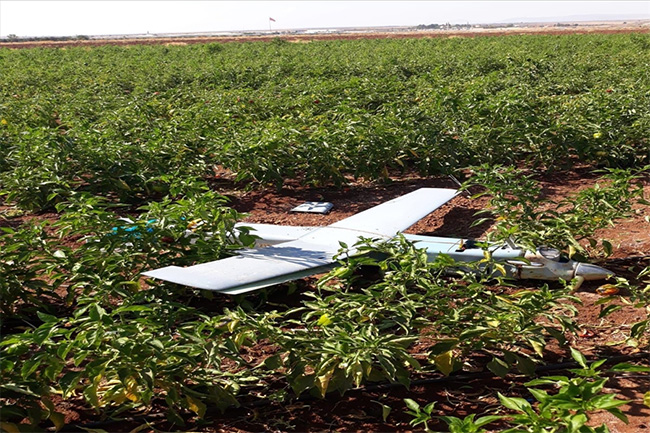 InformNapalm volunteer intelligence community has already described this latest secret UAV type and established its affiliation with the Russian Federation. In addition, the UAV downed by the Turkish Air Force has the tail number 2170, which is only 4 indexes up from the tail number of the other drone (tail number 2166) shot down February 8, 2017 by the Ukrainian military men over the Donbas. 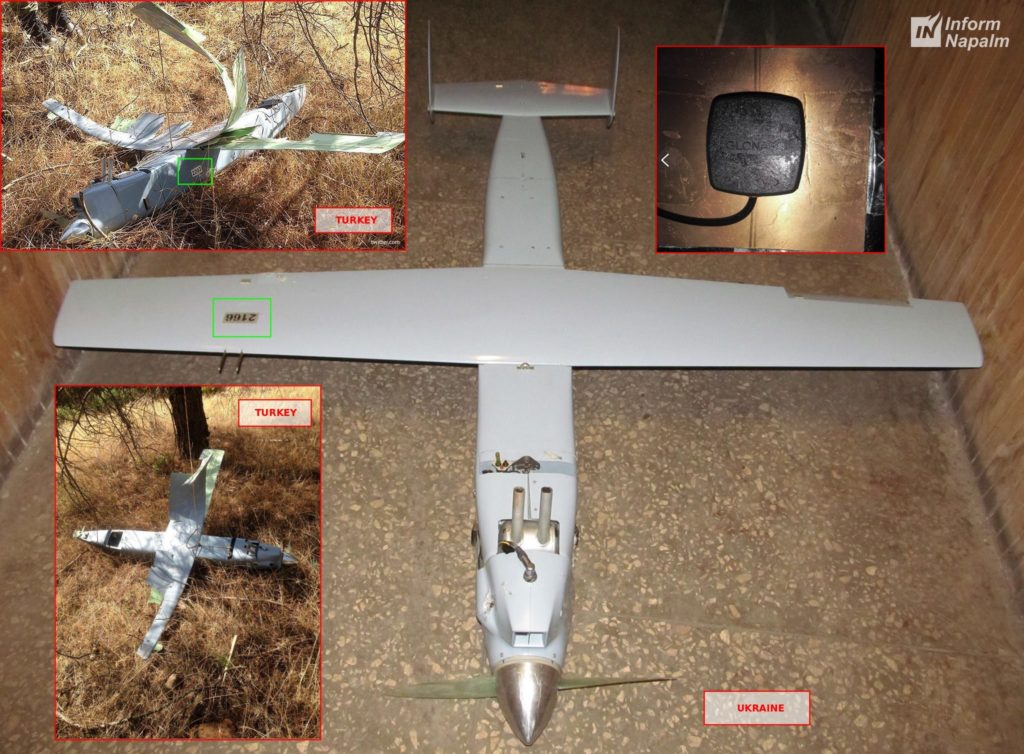 Other instances of this UAV downed

In Ukraine, there were at least 3 more cases when UAVs of the same type were shot down over the Donbas:

It is also worth reminding that this the second time that the Turkish Air Force downs a drone of this type. On October 16, 2015, they shot down a UAV of the same type near the border with Syria.

The same type of UAV was also found in Lithuania in 2016, it was sent by Russian intelligence agencies from the territory of Belarus. This information was made available to the general public February 5, 2019, after a report by the Department of State Security and Military Intelligence of Lithuania.

The facts above leave no reasonable doubt that the manufacturer and operator of this UAV is Russia. The geography of the drone losses is consistent with the geopolitical area of the Russian military interests. The satellite navigation system and a common tail numbering visible on the bodies of both drones shot down in Ukraine and Turkey also corroborate the conclusion that both of these drones belong to the armed forces of the Russian Federation. This UAV is a recent and secret development of the Russian military industrial complex, as neither InformNapalm volunteers, nor Turkish military experts could find any identifying data for this UAV type in the open sources.

Let us also recall that InformNapalm volunteer intelligence community has collected evidence of the use of at least 9 types of Russian-made UAVs by Russian troops and their proxies in Donbas: Granat-1, Granat-2, Granat-4, Forost, Orlan-10,Eleron-3SV, Zastava and Tachyon, as well as the latest secret type discussed in this article.

Support InformNapalm by reposting our material or with a donation.

No Responses to “Turkish Air Force shoots down a secret Russian UAV, the same type also used in Donbas”