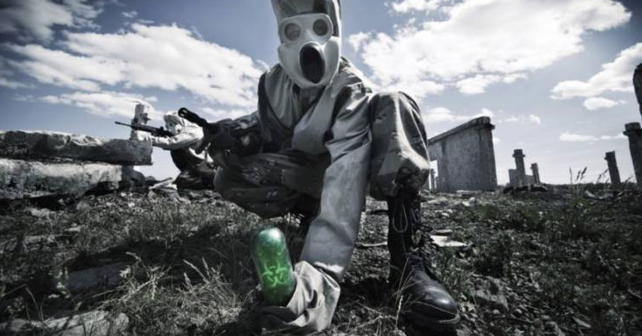 InformNapalm editor’s note: This is a blog post by Kyril Mefodiev that disassembles directives, according to which Russian propagandists in 2013 planned a series of stories about chemical laboratories. In 2018, the Russian intelligence officers “Boshirov” and “Petrov” brought the issue of chemical weapons into a trend again, and Russian propagandists had to raise new conspiracy theories to the height of the Salisbury cathedral’s steeple. But everything new is well-forgotten old.

After attempting to poison former Russian intelligence officer in Britain, Russian media began to issue a series of reports regarding the possible origin of the chemical agent used in the poisoning. As is usually the case with Russians, all but Russia have been guilty of “Novichok” production. The Czech Republic, Ukraine, Uzbekistan, and the United States came up as possible place of its origin. Well, nobody has forgotten about the “mean British special services”, which, as usual, wanted to humiliate Russia. It is quite interesting to follow these reports of the Russian mass media, especially knowing how these reports are being made.

Ukrainian Cyber Alliance (UCA) activists handed to InformNapalm volunteers data from the mailbox of Russian journalist AleksandrRogatkin who works for Russia 24 TV channel and films reports for Dmitry Kiselev’s program VestiNedeli (Weekly News). Also, he has his own show Spetsialny Korrespondent (Special Correspondent). In 2014, he made several pompous films about the war in the Donbas against Ukraine. Rogatkin is one of the authors of the “crucified boy” fake. In 2014, he spent several months with his crew in the Donbas and filmed Donbass in Fire. For that, soon, in December 2014, he was awarded the Man of the Year prize; Kiselev’s  Vesti Nedeli ran almost 10-minute report about Rogatkin’s award.

Rogatkin from the first days was on the Maidan, filmed in Crimea, and then provided direct reports from Luhansk and Donetsk. However, Rogatkin showed interest in Ukraine even earlier.

In the summer and autumn of 2013, Rogatkin and his crew filmed a report for Vesti Nedeli program on chemical laboratories in Georgia and Ukraine.

But to somehow explain the presence of toxic chemicals substances in Syria, they decided to bring up the American trail.So, they planned a report on construction of biological laboratories along the Russian border.

The whole series of reports was to be connected to the Cooperative Threat Reduction (CTR) Program, also known as  Nunn-Lugar program. The program was adopted in 1991, it was supposed to deal with the destruction of chemical, nuclear and biological weapons in Russia and the CIS. For the program that operated until 2012, nearly $9 billion was allocated.

Obviously, within this program, the remaining poison “Novichok” was supposed to be destroyed, however, many years later it was used to poison a former Russian intelligence officer in Britain.Coincidence? I don’t think so…

In particular, according to the CTR program, laboratories for the study of viruses have been built in Georgia and Ukraine. Russian journalists were instructed to produce a report on “mean Americans” who were developing biological weapons under Russia’s nose.

On August 2, 2013, the user Nikiforova Yekaterina< [email protected] > sent Aleksandr Rogatkin and Igor Shestakov (manager of VDTRK,” Russia-1 “and” Russia-2 “) ideas about the plot for the Vesti Nedeli program:

First, there is an ideological introduction: “The next step of Lugar was, supposedly, to help these countries. He conducted all the talks personally,proposed to modernize laboratories, build new ones, and finance them. The poor CIS countries accepted the offers happily. But they were also parties to this bill, and there clearly stated: No to biological weapons. He offered them to hand over to the US unique collections of strains, plague viruses, anthrax, cholera, and others, collected by our Soviet scholars. The CIS countries were glad to do this without realizing that they gave away patents for scientific inventions, intellectual property rights, along with them. From that moment, the injection of cash into the development of laboratories began. As a result, the equipment was American, the scientists at the head were American. This is a clear reorientation to American standards.

“Often. Along with Lugar, the US Army Medical Research Institute of Infectious Diseases is mentioned. (USAMRIID, Fort Detrick. It was said that this Institute studies the use of microorganisms as biological weapons.”

Mentions of shooting this report by the Rogatkin group can be found in the Georgian press. And yet, one thing is to film a program, and quite another is to voice it.

The selection of the right experts for the program is the basis of the plot:

But sometimes, problems with experts arise, so the FSB can help to find the right ones:

“(Igor, you cannot imagine how many experts refused to give an interview. The GMOs, in their opinion, would have been a weapon and a bomb of delayed action. Among the renowned who refused: the Academicians Paltsev, Yablokov, and Lev Fedorov. Also,Maxim Primakov and others.)
That’s why, starting on Monday, the FSB will start choosing experts for us (we need to get Rogatkin’s contacts, maybe write down anyone, while we are away).”

The Russian Ministry of Foreign Affairs is concerned about the construction of biological laboratories near the country’s borders. Your institution is accused of producing biological weapons on the territory of Georgia. Is it so?

Do your employees work in the laboratory in Georgia?”

It’s as if the report is not about Georgia or chemical weapons but about America.

On August 10, 2013, journalist Yekaterina Nikiforova tells Rogatkin about an interview with Jeffrey Silverman who talks about the laboratory in Georgia. But as a result, it turned out that the Americans do not do anything special:

“In my opinion, we have no evidence of the building of biological weapons! Americans do not try to build weapons in these laboratories – they will build it in their own [facilities]. Jeffrey said that in the Georgian laboratory it could not be produced a priory –everything has been stolen, built with horrific violations, as in other countries, enormous violations during the construction were described. AMERICA TESTS OUR OWN, SOVIET, PATHOGENI, on different genotypes, as on PIGS, even more, they make BILLIONS on vaccines (Indonesia, for example, refuses American vaccines – there is the largest number of deaths from avian influenza there.”

But Russian journalists do not bother and make a decision to shoot in Odessa. The task is set strait and clear:

“- to find people – scientists, professors, the concerned, who opposed this collection. Let them tell us how things could end and why it was done at all.

– the scholars who spoke from the beginning against the signing of this agreement by Ukraine.Professor A. Haitanovich

– Chief Sanitary Doctor or people from the government

– one of the directors of these laboratories – let someone describe with what violations the buildings were constructed,

– the US Embassy in Ukraine

“Maybe, there was a rally against the construction of a new laboratory. We need activists who will say that this is a problem. We need the opposition, scientists, some well-known people, who oppose it. Maybe, somebody from the government spoke against it at that time.

“Perhaps, there were outbreaks of epidemics (we were told, for example, about such cases in Georgia).

“- perhaps, one of the laboratories conducts joint exercises of Americans and Ukrainians, for example, to ask to get into it)

“I am adding links to articles in which everything is described in detail – why America needs all of this, why it is dangerous, and why in general Ukraine got stuck into it, although it has never tried to create bio weapons. “

“The regime of admission of Georgian products to the Russian market continues to be associated with the activities of the US military structures in Georgia. They are not under the control of the Georgian side and are engaged in activities that are prohibited by conventions in the field of biology… On the whole, the colonial position of Georgia, due to the uncontrolled work of the US military structures in this country, concerns us. And this is the main obstacle for further steps aimed at admitting Georgian products.”

Nikiforova continues to work on reporting and on October 16 she sends Rogatkin materials about Georgia – among which was the blueprint of the laboratory. Is Nikiforova a journalist or does she has a passport to travel abroad, similar to the tourists who go to Salisbury specifically to look at the 123-meter high spire? 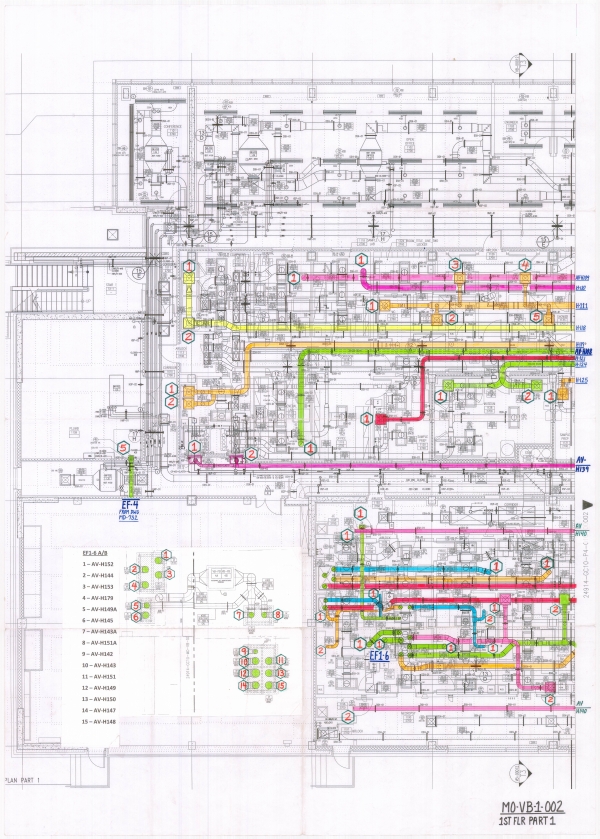 However, Rogatkin and the company were not lucky. It was in October 2013 that presidential elections were held in Georgia, after which Saakashvili left Georgia. On Russian channels there were a number of reports about the reboot of power and the beginning of a new round of friendship with Russia. Onishchenko started to find less and less elements of American imperialism in Georgian products. Therefore, the unveiling of biological laboratories in Georgia did not fit into the reality of a political TV. And soon the Maidan began in Kyiv, and Rogatkin went to Ukraine for a long time to cover the “crucified boys”.

Russian media returned to the issue of biological laboratories in Georgia only in 2016, when they again recalled Senator Lugar and American laboratories. A number of reports were released on chemical and biological weapons in Georgia ( [1] , [2] , [3] , [4] ), but until that time, the topic of laboratories in Ukraine and Syria was put on the back burner. They returned to the American trail, trying to explain how the “Novichok” appeared in the UK.

This is the opinion column by Kyril Mefodiev at InformNapalm. It may not reflect the position of the entire community and the editors.