Legacy of Ancestors: Mother Is a Former KGB Staff, Son Is the Commander of the 53rd Brigade Which Downed MH17 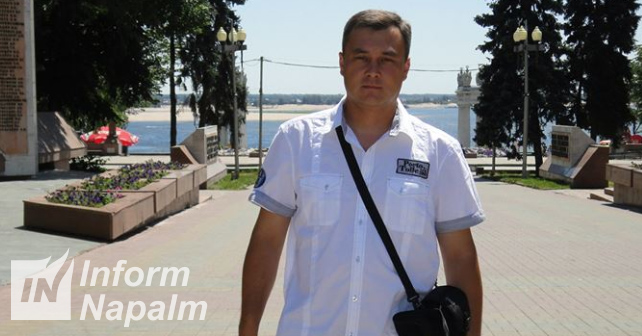 Another stage in finding the guilty of MH17 crash and the increased attention of the world society to the identification of the war criminals impelled OSINT investigators to publish the new data found within the boundlessness of the internet.

While certain groups of investigators try to monopolize the sphere of open data intelligence and ‘classify’ what was openly available, the other teams (including the InformNapalm community) follow the principle of ‘operational data extraction and making it public‘ in order to avoid moving the information into the behind-the-scenes games of the power players. Only the full openness and clear presentation of the research algorithms, which allow the general public to assure oneself of transparency of the gathered materials, can provide a background for the inevitability of punishment.

The new OSINT investigation prepared by Nikolay Mahno reveals information about the commander of the 53rd air defense brigade (military unit No. 32406, Kursk, Russia). According to one of the version of the investigation team, the servicemen from this brigade can be involved in the killing of the passengers of flight MH17.

See also: “Russian Air Defense Officer Got a St. George’s Cross IV Degree: Was It for MH17 or Ukrainian Su-25 and An-26?”

The restricted reports and anonymization of the information do not let exert public pressure on the direct customers and executors of the war crimes. It is important to ensure that the faces of the criminals are not hidden and the personal and biographic information of each subject is freely available. The Russian special services can erase any information about figurants in the Net and even physically eliminate the executor, but the data must remain at least as screenshots, photos or archives.

The official website of the Russian Ministry of Defense, in its section about the 53rd air defense brigade of the Western Military District, has a publicly available reference to colonel Sergei Muchkaev. It says that colonel Sergei Borisovich Muchkaev has been the commander of the 53rd brigade since 2013. The date of MH17 tragedy fits this period. 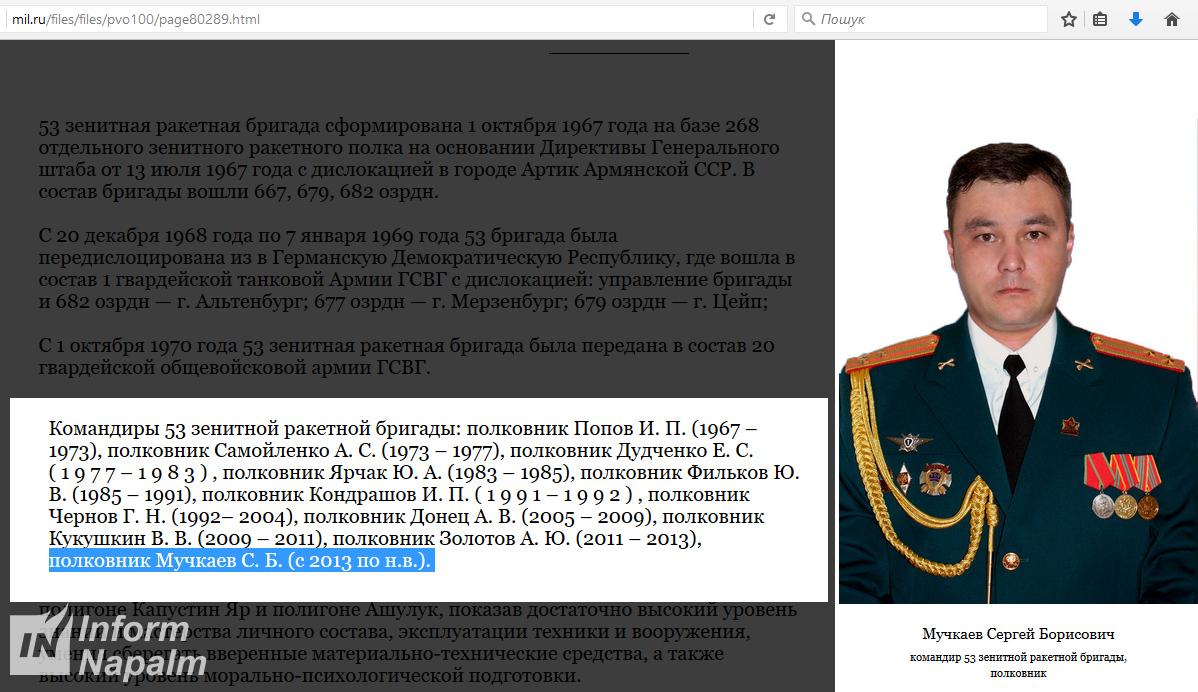 We have also found several mentionings of the colonel regarding the following events:

Colonel is pretty cautious in the Net and does not post photos from the war. But the deep investigation resulted in finding out that most of his friends and contacts are the middle level commanders of the air defense troops.

Also we posses a set of background information and archives about his closest relatives: mother, father and spouse. The heritage and twist of fate are the most interesting here.

Maybe the international investigation team should request the Russian side a possibility to interrogate the servicemen of the 53rd brigade concerning their participation in the tragedy.

One Response to “Legacy of Ancestors: Mother Is a Former KGB Staff, Son Is the Commander of the 53rd Brigade Which Downed MH17”