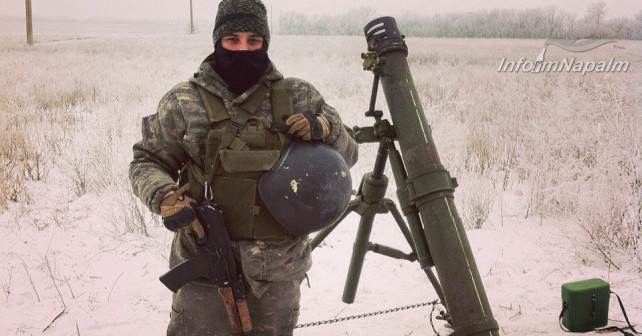 The Russian militants widely use 120mm mortars along the demarcation line. After careful study of the photos we identified the exact shooting location and realized that the weapon was directed not at the Ukrainian forces but the opposite side. 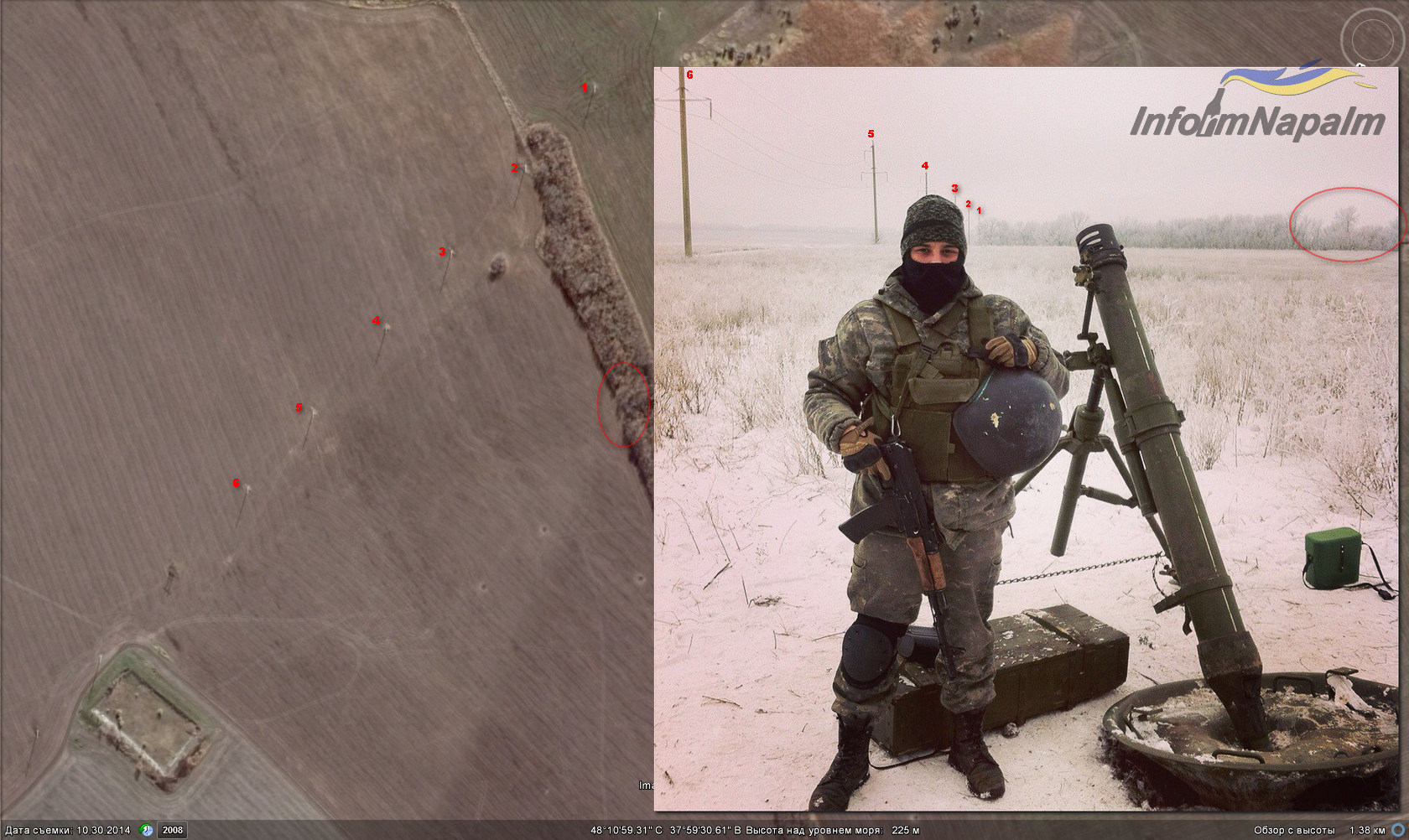 The picture was found in the profile of a Russian militant who also disclosed his military camp in Donetsk. This is the same place where in April of 2015 we registered military equipment unauthorized by the Minsk agreements. The Google.Maps and Yandex.Maps services also confirm that this area is constantly used as a base of the Russian occupation forces. The Russian militants do not change their habits. 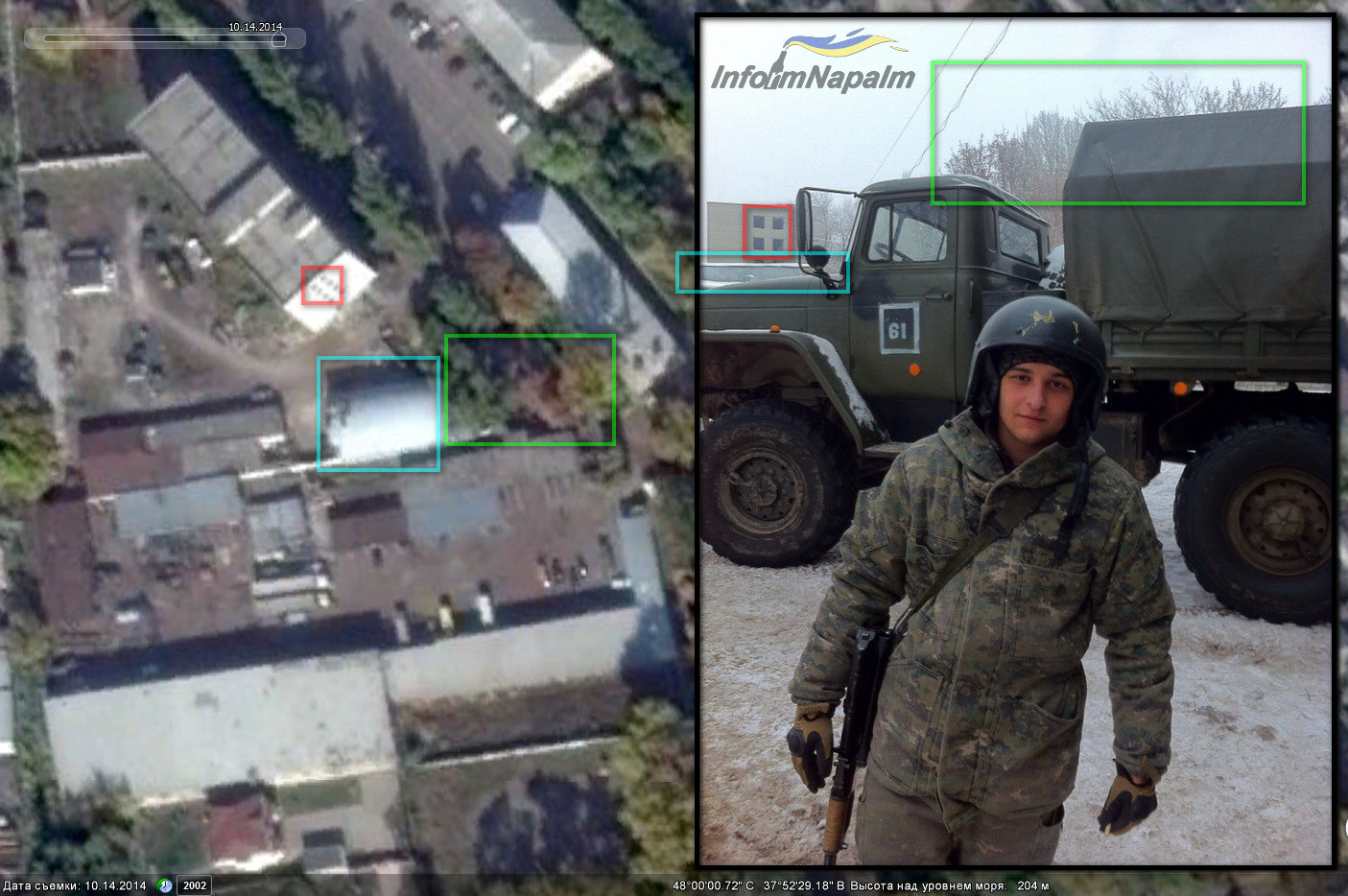 This is a screenshot from Liveuamap website showing the shooting location (48.185633, 37.996295) on the map (marked by the green circle) near the settlement of Panteleimonivka (Donetsk Oblast). 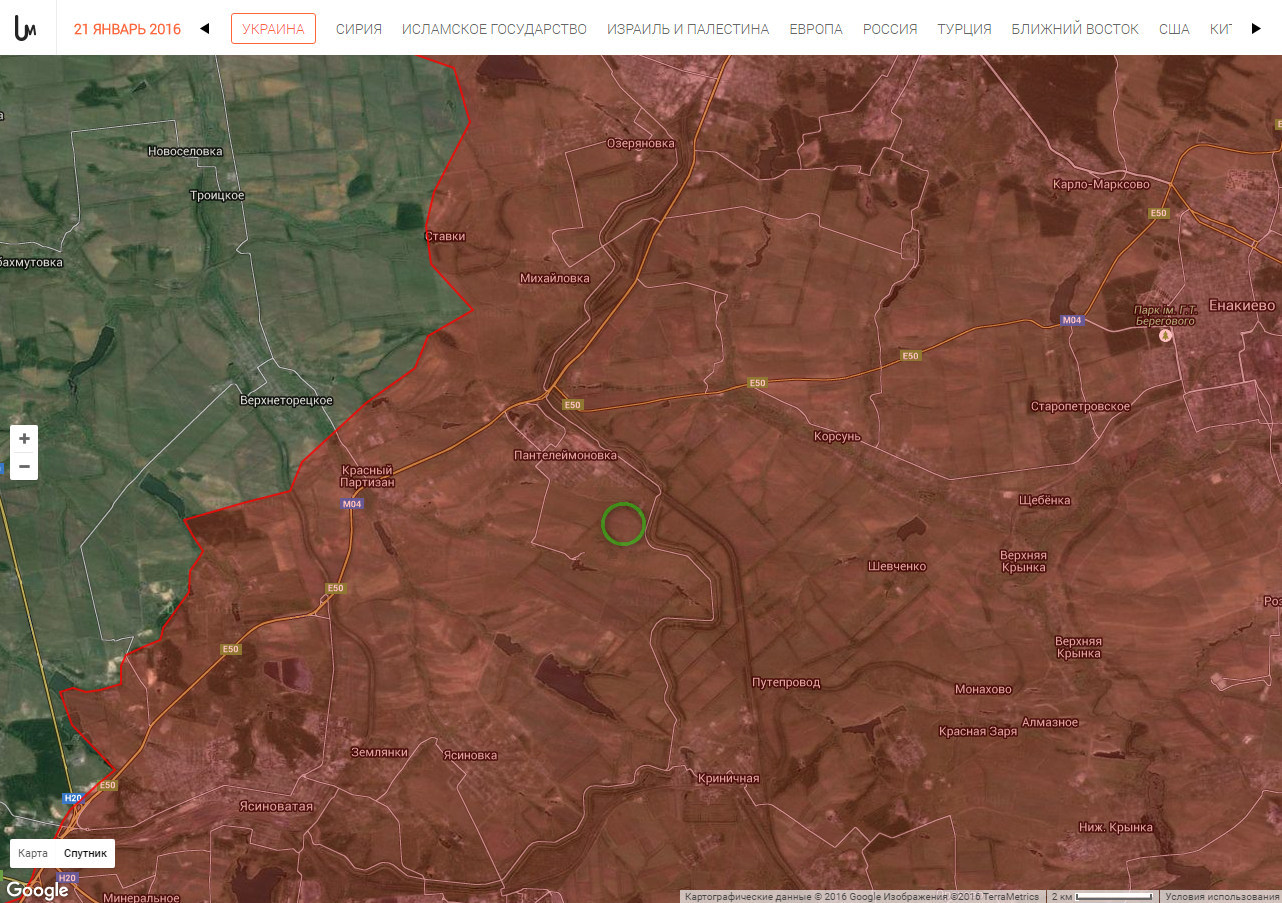 After a consultation with military experts (Andrei Moruga and Maksym Shpak) it emerged that the firing range of a mortar depends on the angle of inclination of a gun and the ‘charge number’ (the power of a charge which ranges from 1 to 6). At a given angle of inclination seen in the photo and using ‘the first charge’ mortar will shoot at 1100 meters, and ‘the sixth charge’ will reach a target in 4800 m. The maximum firing range of this kind mortars is up to 7200 m. 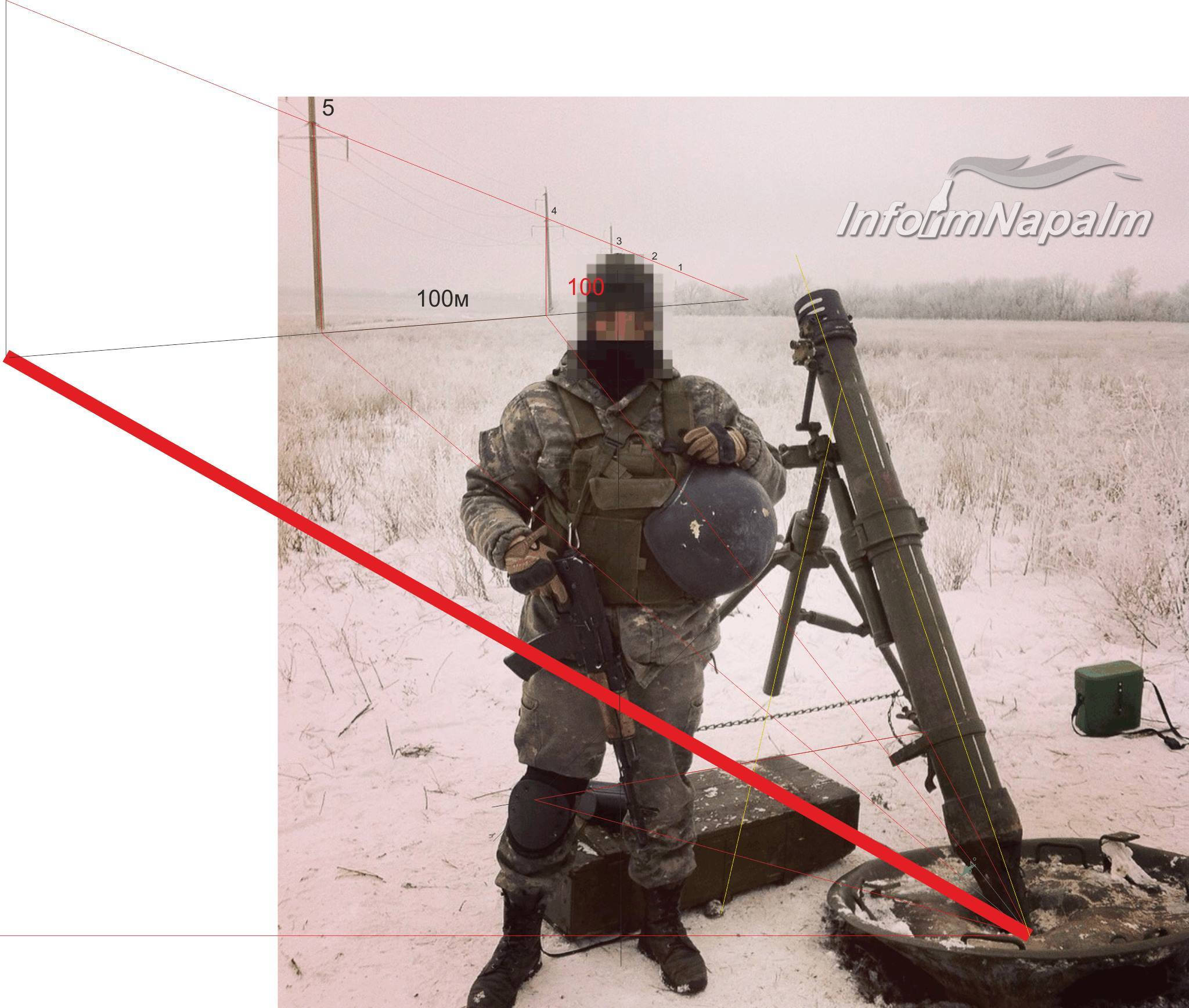 This is the approximate direction of the shelling carried out by the 120mm mortar. 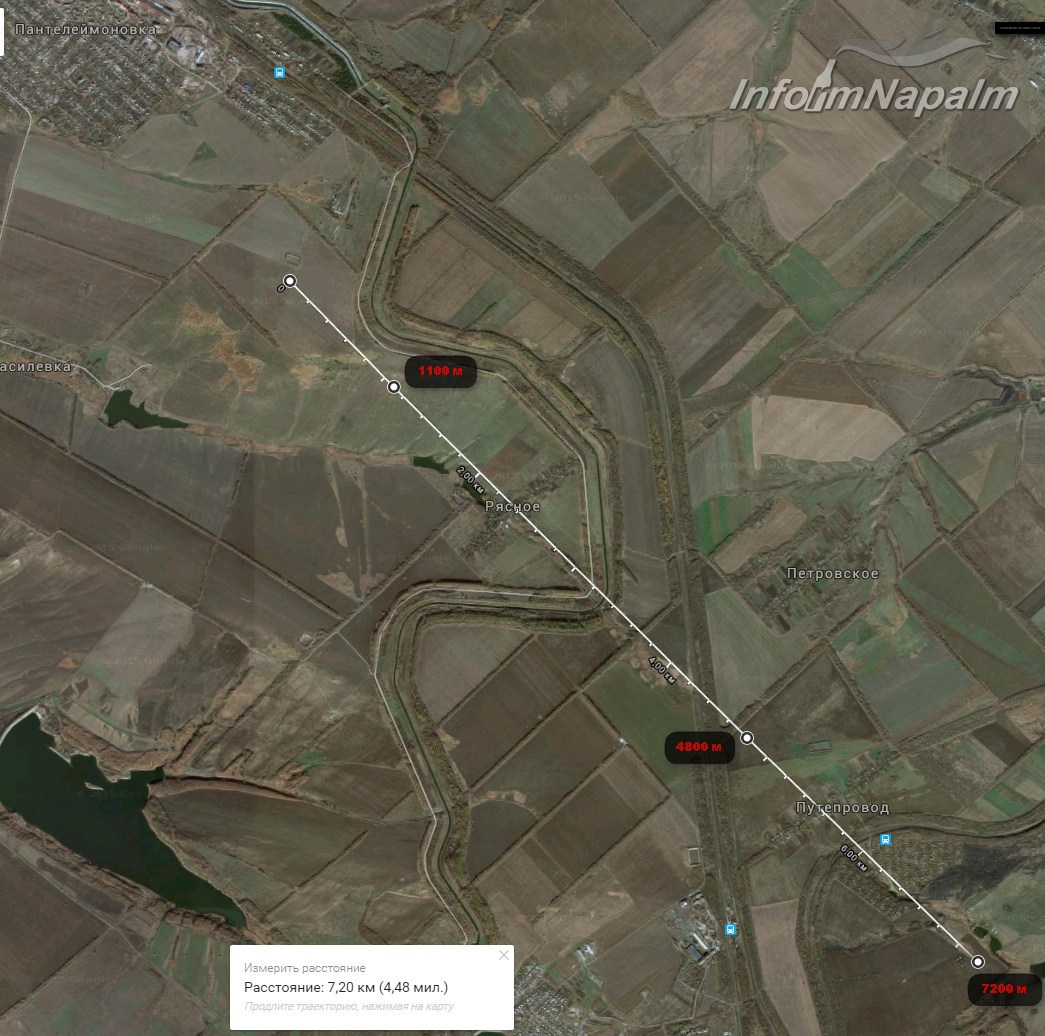 Media have often written about provocative shelling by militants, but it was hard to find some photo or video evidence. In our case we registered not only the fact of 120mm weaponry presence near the demarcation line but also the fact of a provocation itself.

Through shelling of the territory controlled by themselves, the militants try to:

InformNapalm continues to investigate the open sources in order to demonstrate facts of the Russian aggression against Ukraine.

No Responses to “Photo Facts of Militants’ Provocations: Friendly Fire of 120mm Mortar”