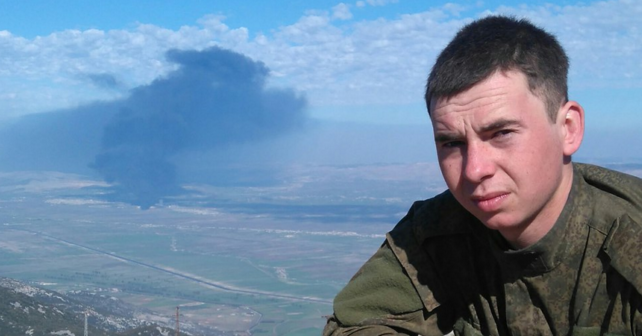 Our today’s ‘hero’ is private Aleksandr Berdyshev from Tumen city (born on December 3, 1996). Aleksandr has 2 social profiles (profile 1 with album, profile 2 with album). Based on the photos, we can assume that he signed a contract with the 200th brigade after finishing the conscript service in the fall of 2015. The 200th artillery brigade (military unit No. 48271) is based in Gorniy settlement, Uletovskiy raion, Zabaykalsky Krai, Russia. Please pay attention to the badge on his sleeve, which indicates the unit. 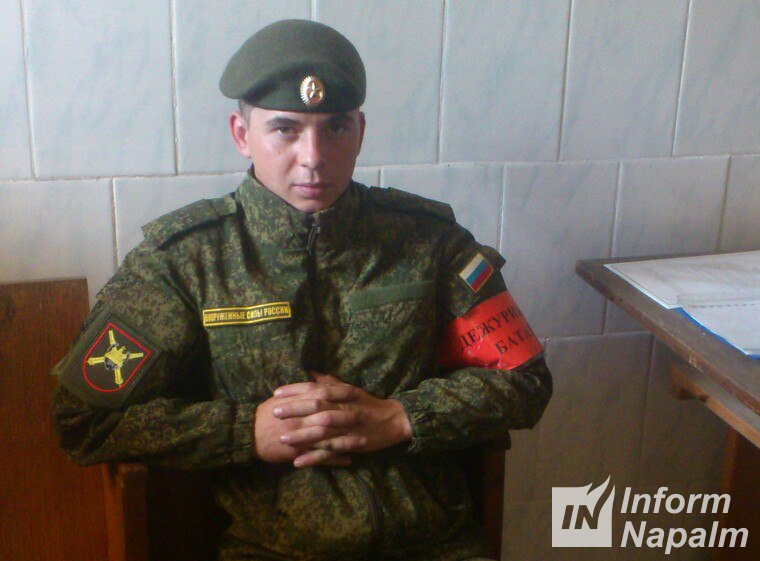 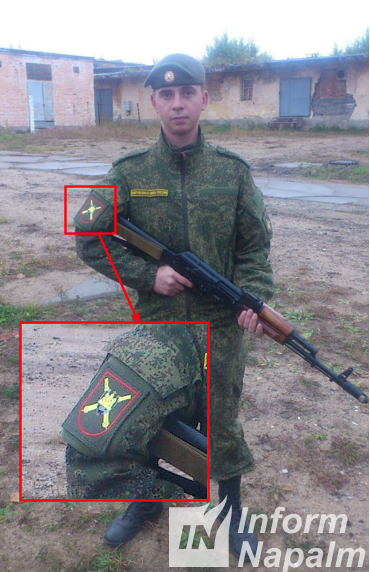 Here is a photo for comparison from the website. The only difference is that the horseshoe is blue and not silver as in the photo below. 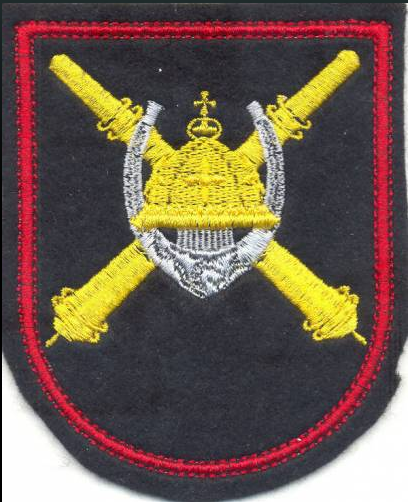 Note: the 200th brigade is located in the Drovyanaya garrison (Zabaykalsky Krai) and consists of the following subunits:

The most interesting for us photo was uploaded by Aleksandr to his second profile on February, 2016. One of the pictures has a geotag with precise coordinates of the shooting location – half a kilometer to the east from Ayn Tantash settlement. 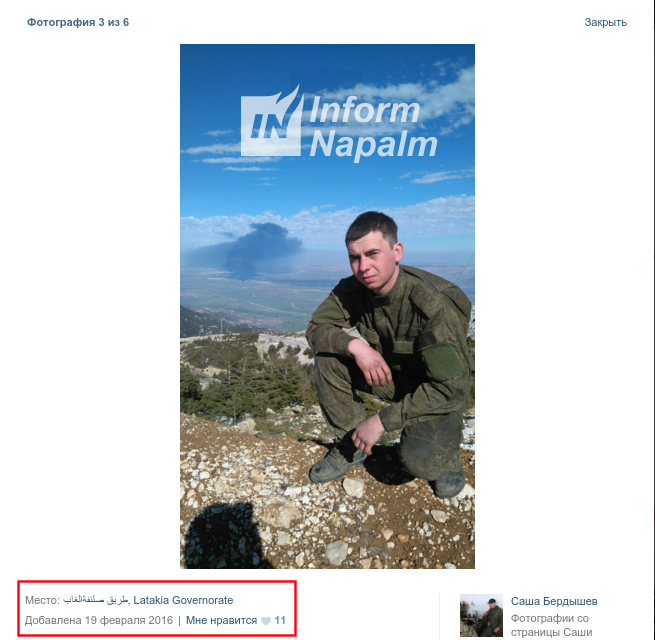 It is worth mentioning that the Russian Hmeymim airbase is in 33 km, and the port of Tartus is in 83 kilometers. And from the In Full View: InformNapalm Exposes Russian Propaganda Fudge on Syria. Stale Sensations Analyzed article we remember the ‘Msta-B‘ artillery battery filmed by the Russian propagandists. This type of weapon capable to conduct plunging fire is not in service of the Syrian army, but there is a whole battery of such guns in possession of the Russian 200th brigade. The commands are issued in ‘plain local dialect’ – ‘Ogon!‘ [Fire in Russian]. The article also describes the coordinates of the battery, which is positioned in just 150 meters (!!!) from the location where Berdyshev made his photo. Let’s check the geolocation of the photo to make sure. 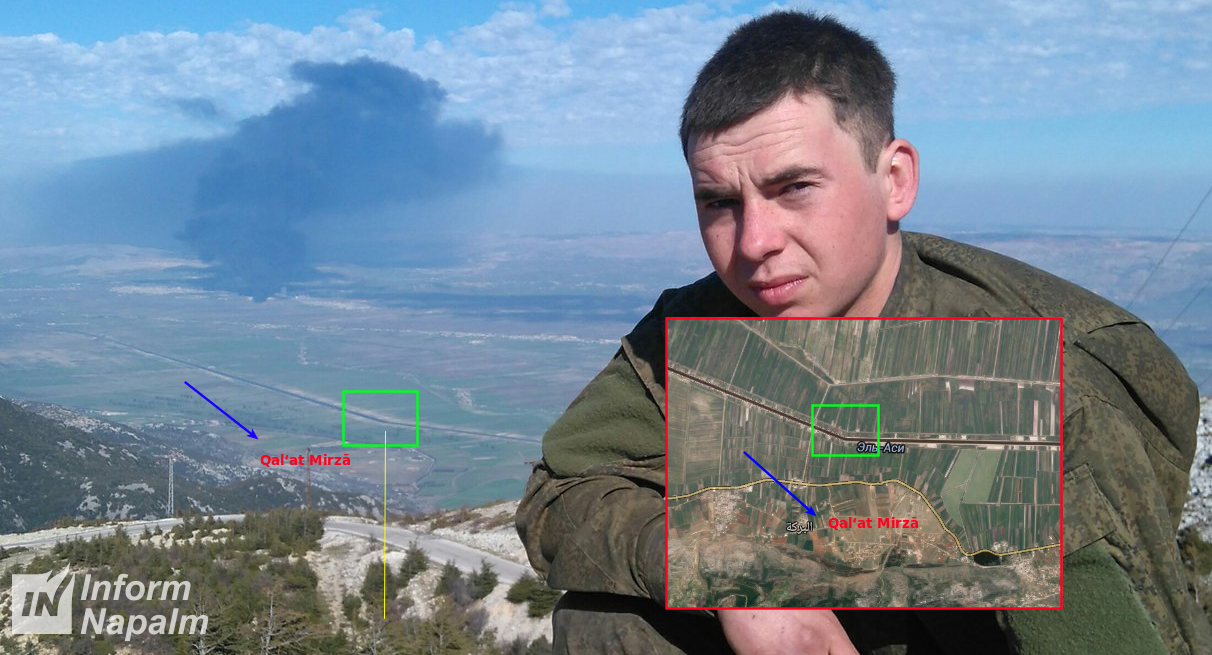 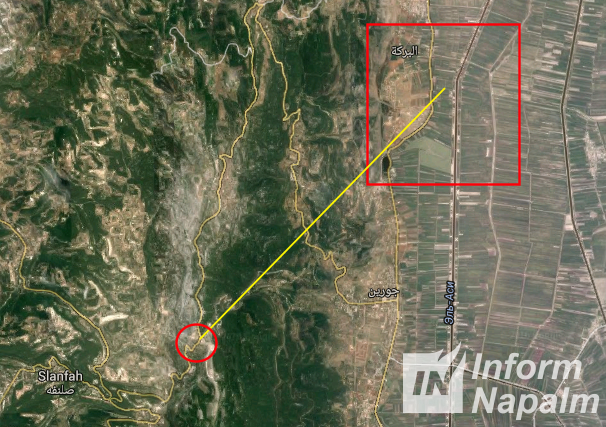 In result we have the following Information for consideration:

As you may recall, in December of 2015 InformNapalm’s volunteers already registered detachments from the 291st artillery brigade in this region (more information).

Taking into account the Syrian landscapes, other Aleksandr’s brothers-in-arms also take part in the ‘business trip’: 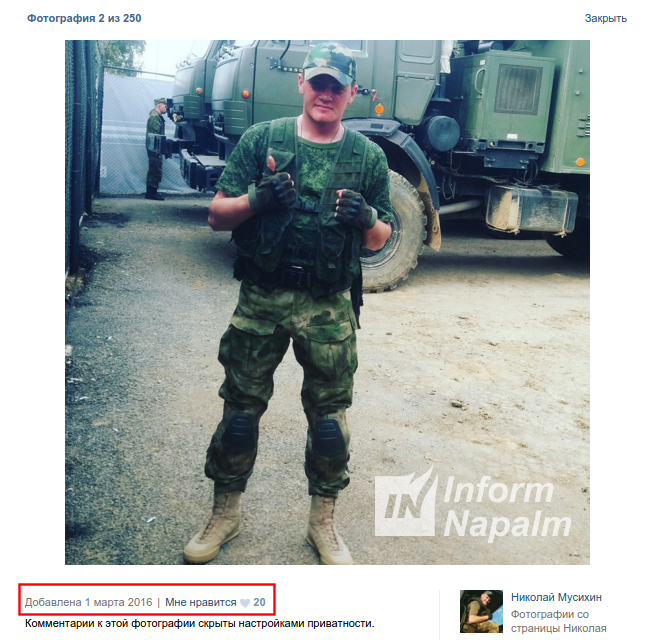 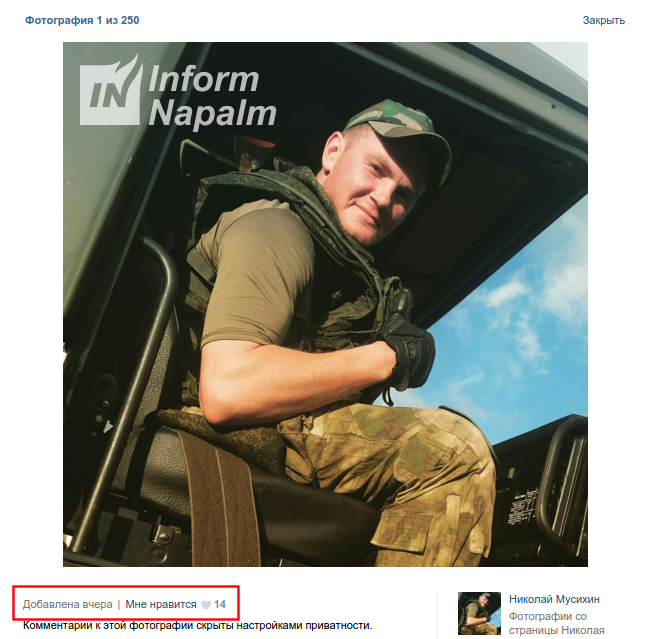 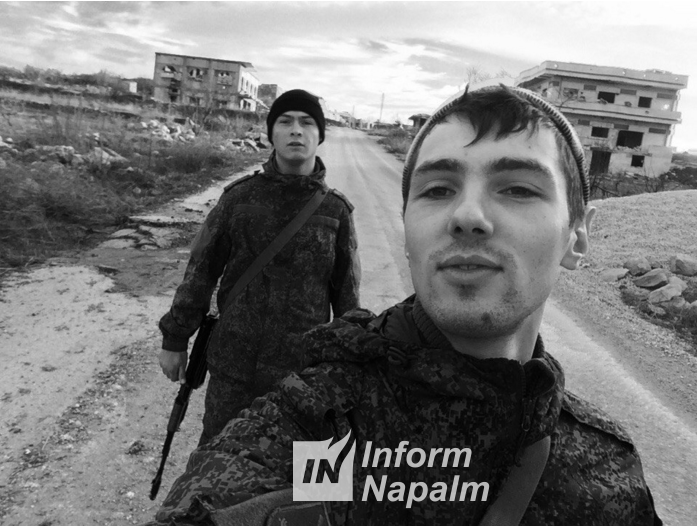 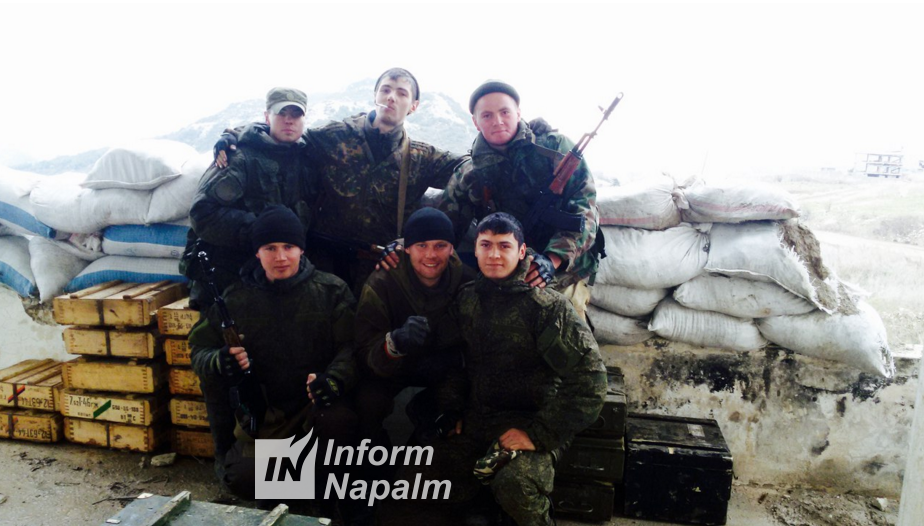 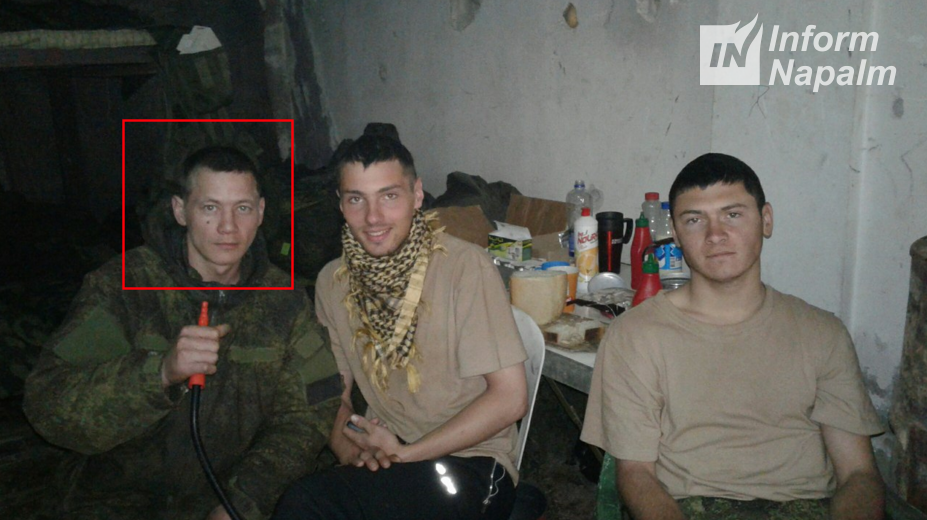 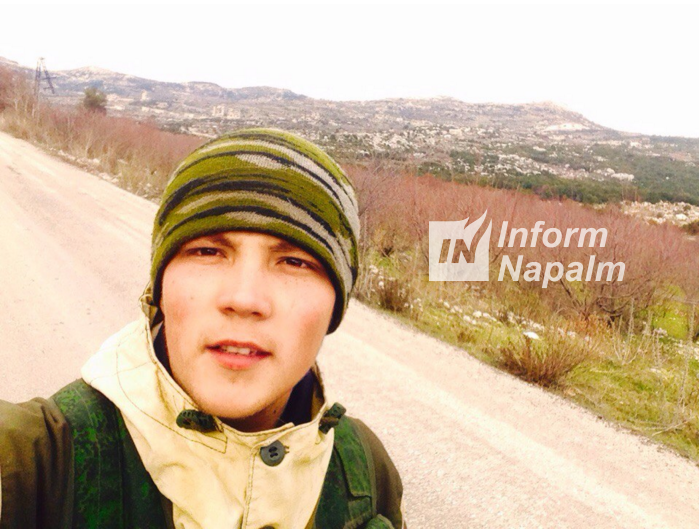 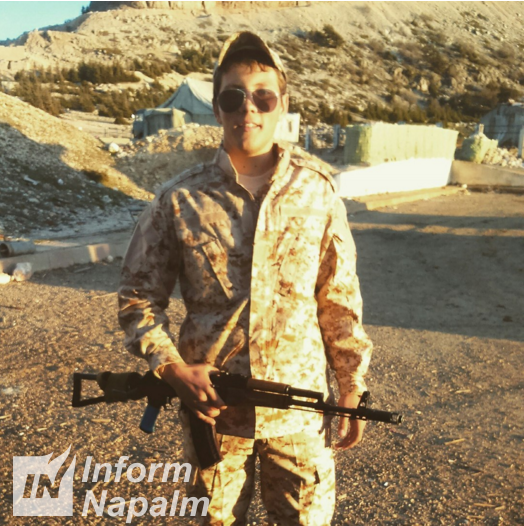 All the InformNapalm international volunteer community’s investigations dedicated to the disclosure of the Russian ground forces and pilots in Syria can be found in this chapter: Syria.