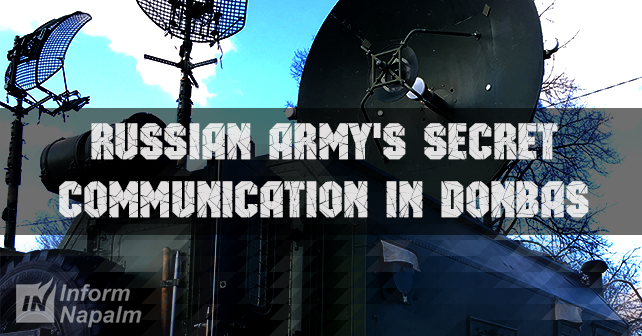 Secure communication is one of the main components of modern warfare. In the present investigation InformNapalm reveals the Russian armed forces’ secret satellite communication information which is used in combat operations in Donbas.

Insiders living in the occupied territories have provided the volunteers of the InformNapalm international community with valuable information which is of classified nature for the Russian occupants. This information discloses details of how the Russian military use satellite communications in the territory of Donbas. According to the information we have got, the communication is organized through two channels: civilian and military. The following subscribers work through the civil channel:

Communication is carried out using the RF’s government communications satellite telephones (‘Satellite Communications’ Federal State Unitary Enterprise) through ‘Express-AM‘ satellites. The military channel is used by the Russian military forces which are stationed in the territory of Donbas on a rotating basis.

In this case portable R-438 ‘Barrier-T’ and R-438-M ‘Belozer’ and mobile R-441 ‘Liven’  complexes have been registered. By the way, last-mentioned one was seen in the summer and autumn of 2014 at the location of the so-called ‘Zarya’ [Dawn] battalion of the Russian occupation troops. It should be recalled that base of ‘Zarya’ was located in the former military office of the Luhansk Oblast (binding to the terrain was made by blogger Askai). Here is a photo by press office of ‘Zarya’ (archive). 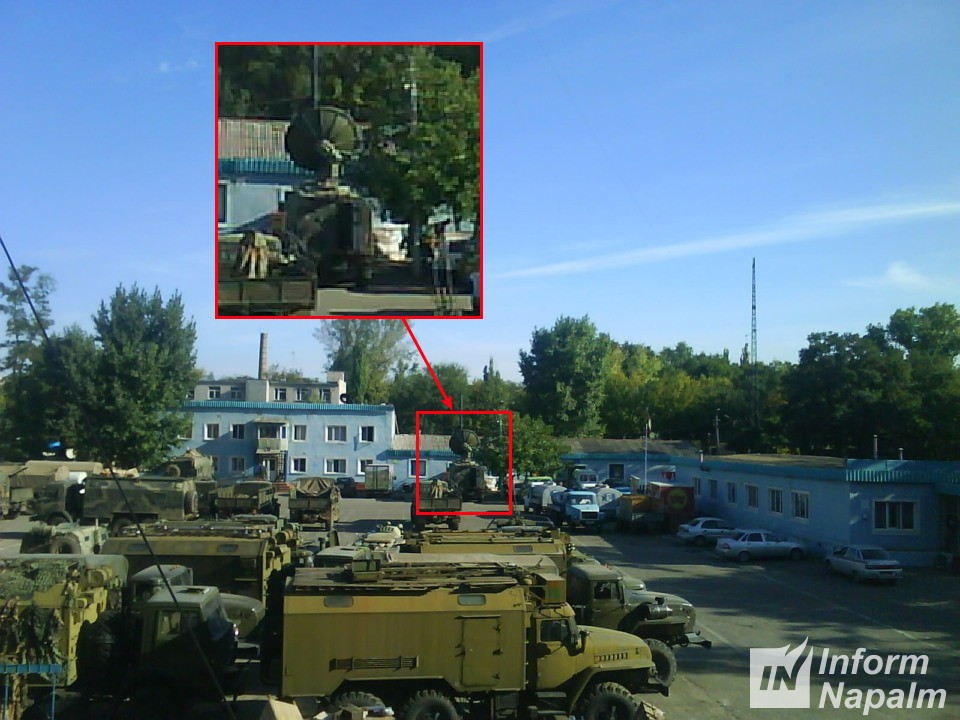 Another photo of this complex’s satellite communication station was uploaded into the photo album of Sergei Prilutsky (profile), a Russian mercenary from Pskov. Judging by the antenna, we see the R-441-OV station on the ‘Ural’ chassis. 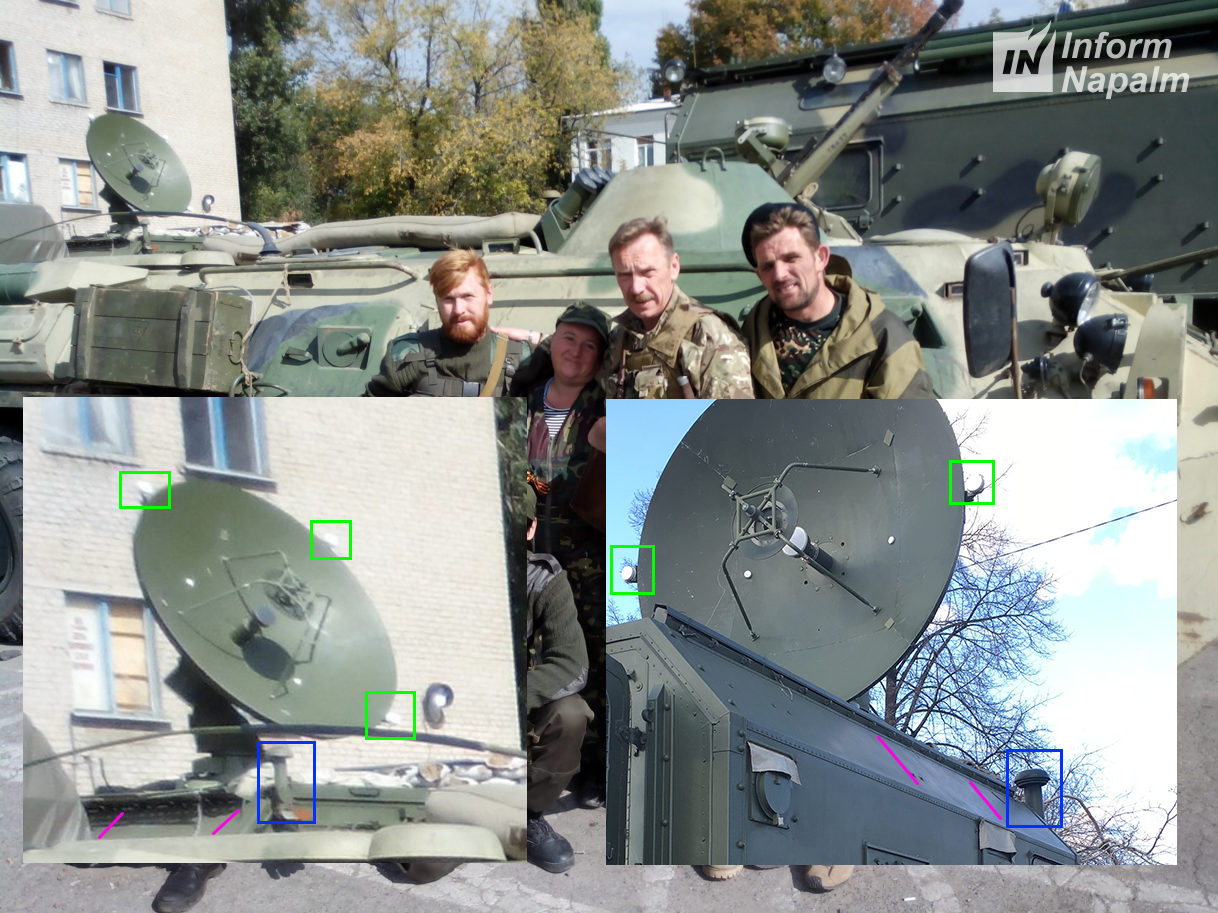 For reference: R-441-OV satellite communication station works through the ESSS-2 [uniform communications satellite system] geostationary re-translators ‘Globus-1’ and ‘Globus-1M’ and ‘Meridian’ repeaters on highly elliptical orbits (including the on-board processing mode and direct re-translation in 4/6 and 7/8 GHz ranges). Also it can use civil orbiter repeaters of ‘Ekspress’ and ‘Yamal’ type in the direct re-translation mode at 4/6 GHz. R-441-OV station is designed to provide countermeasures-safe satellite communication for military units and separate objects of operational and operational-strategic command levels. The station provides the organization of secure telephone, telegraph, facsimile and data transfer at the rate of 1.2, 2.1, 4.8, 9.6, 19.2 kbps with similar stations as well as with ‘Kristall’, ‘Dozhd’, ‘Legenda’ and R-439KUL stations. Serial production of the equipment and deployment it to troops started in 2007.

You can also support the work of our website and donate to the project development at our Crowdfunding page. All proceeds will go exclusively into the technical support of InformNapalm.org website. Together we will win!

6 Responses to “Russian Secret Satellite Communications Were Disclosed in Donbas”