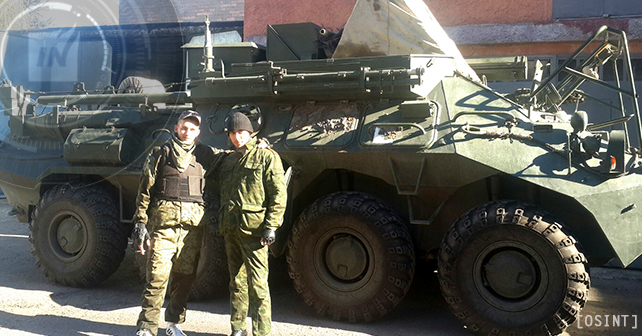 InformNapalm volunteer intelligence community is continuing its series of publications about Russian military personnel from Russia’s 136th Motorized Rifle Brigade (MRB), military unit # 63354, city of Buynaksk, Republic of Dagestan, who were dispatched by Russia’s 58th Army command to fight against Ukraine in Donbas. Signallers of the 136th MRB will be identified in this publication.

The information obtained from personal e-mails of Oleg Vladimirovich Doroshenko, chief of staff of the reconnaissance battalion, was handed over to InformNapalm volunteers by hacktivists of the Ukrainian Cyber Alliance (UCA) and CyberHunta.

Captain Doroshenko deleted his account from VK.com social network immediately after the publication of part one of our investigation, which identified the tankmen of the 136th brigade of the Russian Army. Some tankmen, whose personal details were disclosed to the public by InformNapalm in this table, followed suit.

This publication is dedicated to the military personnel of the signal battalion assigned to the Russia’s  Southern Group of Forces in Rostov Oblast in 2014. 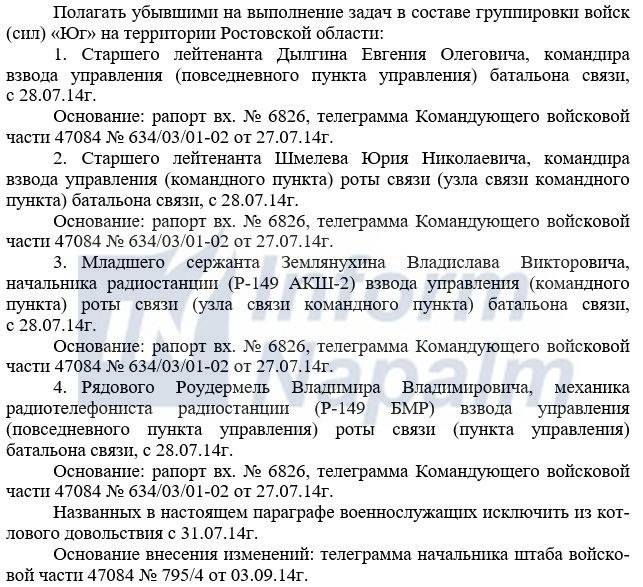 Prior to the issue of the operational instructions by the commander of Russia’s 58th Army, the military installations on the border had been staffed on the basis of telegrams from the chief of staff of military unit # 47084. Here is a typical order of the military unit # 63354 commander. Details from dozens of such orders were analyzed and systematized.

Personal details of the personnel from the signal battalion dispatched from Buynaksk to Popovka (Rostov Oblast) are presented in this table.

Our review of social media accounts of the personnel of the signal battalion of Russia’s 136th MRB yielded evidence of their unlawful forays into the Ukrainian territory in summer and fall 2014.

For instance, junior sergeant Vladislav Viktorovich Zemlianukhin (archived account, album, contacts) uploaded a series of photos taken during his mission from Russia to Ukraine. Side numbers and tactical markings on combat machinery are smartly smeared over with dirt. 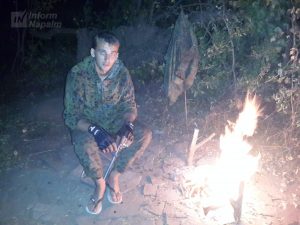 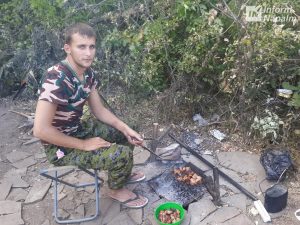 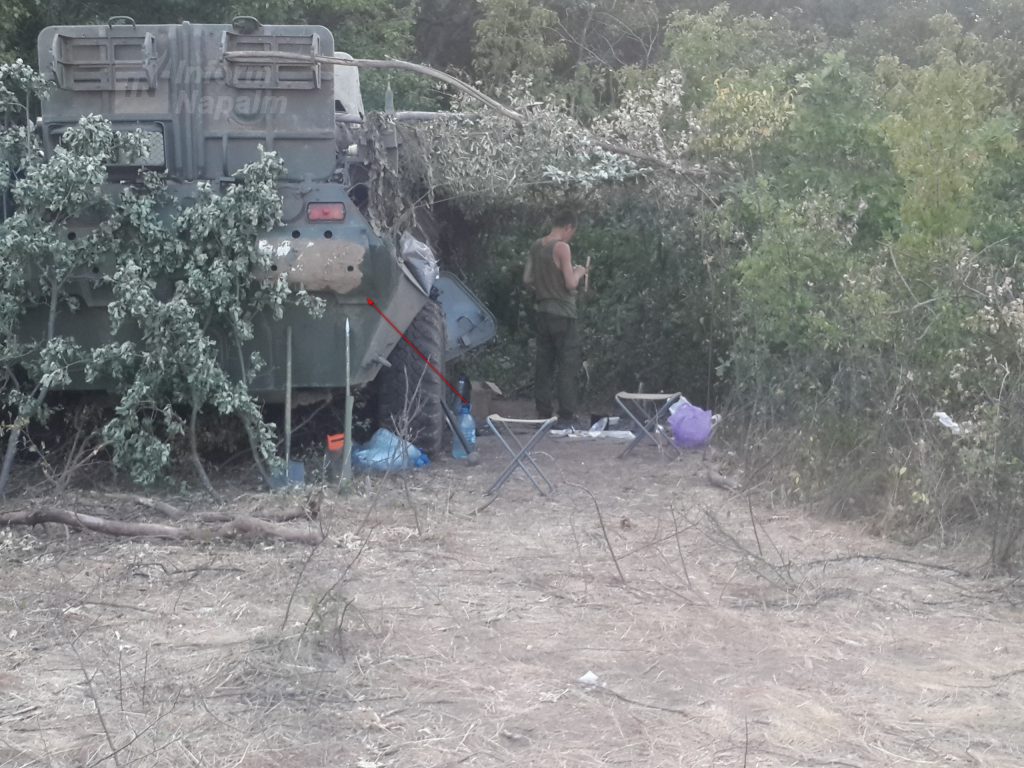 Vladislav Zemlianukhin’s affiliation with the Russian Army’s 136th MRB is evidenced by his photos made at the base and by the medal with the award certificate signed personally by A. Gurulev, the commander of Russia’s 58th Army. 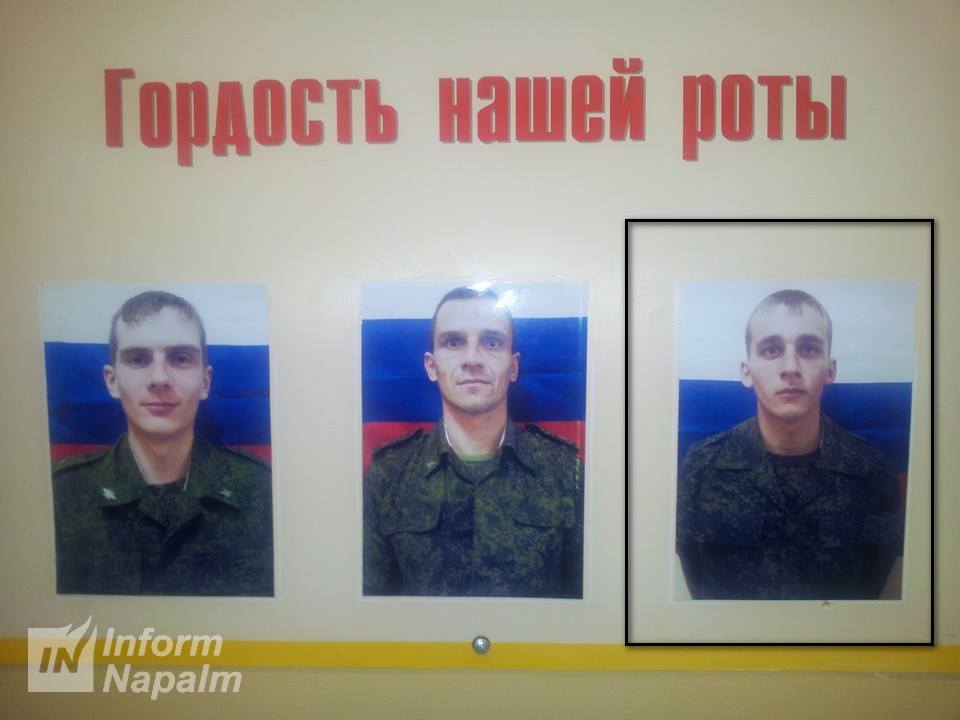 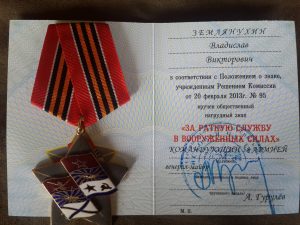 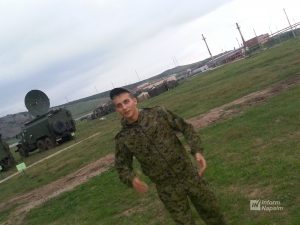 The period of his mission to Ukraine is confirmed by comments on his photo: three months as of October 1, 2014, matched his dispatch to Rostov Oblast by the order of July 28, 2014.

Vladislav Zemlianukhin “As soon as everything is over.”

Vladislav Zemlianukhin “Fuck, it is the third month we are here; you can’t imagine the shit we’ve been through.”

Other military personnel from the above list of signal troops are also mentioned in this correspondence: control platoon commander: Yuriy Nikolayevich Shmeliov and R-166-0.5 signals vehicle driver/wireman Artiom Igorevich Balayev. 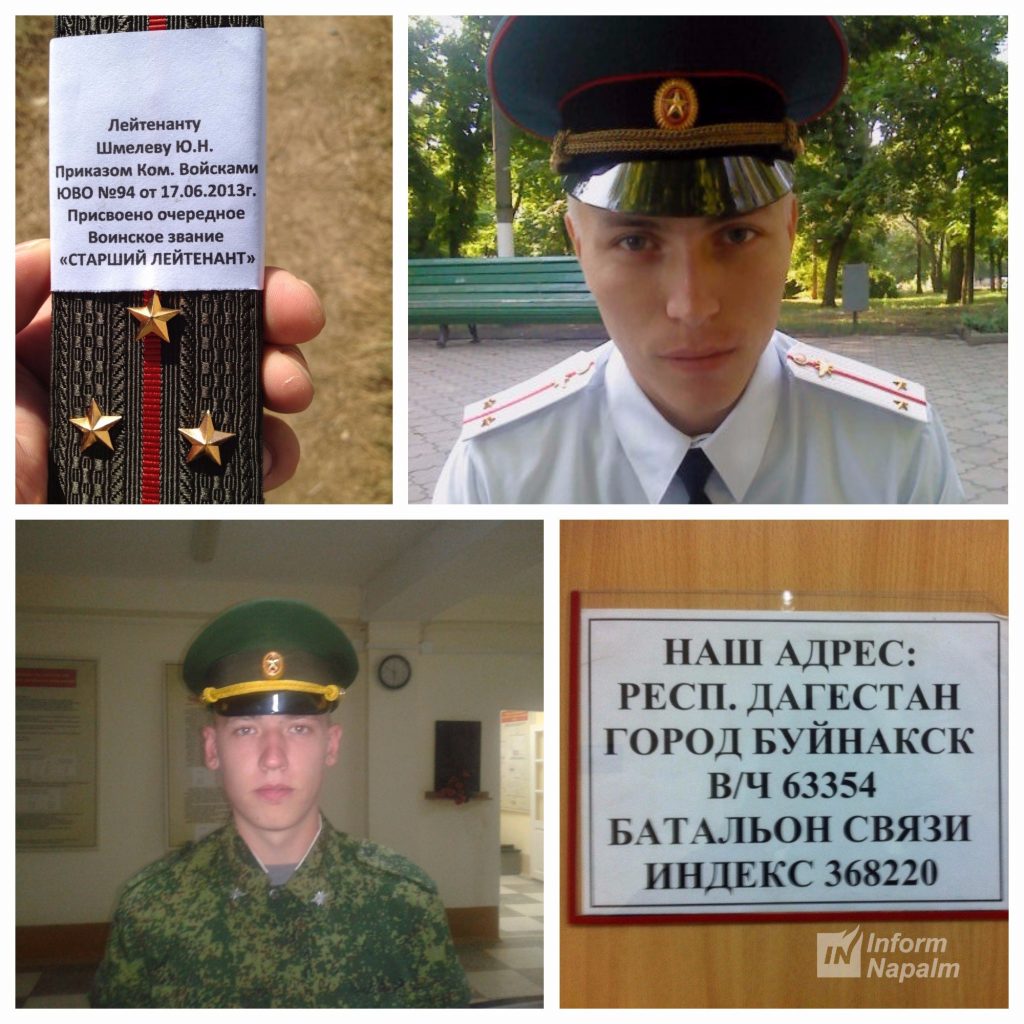 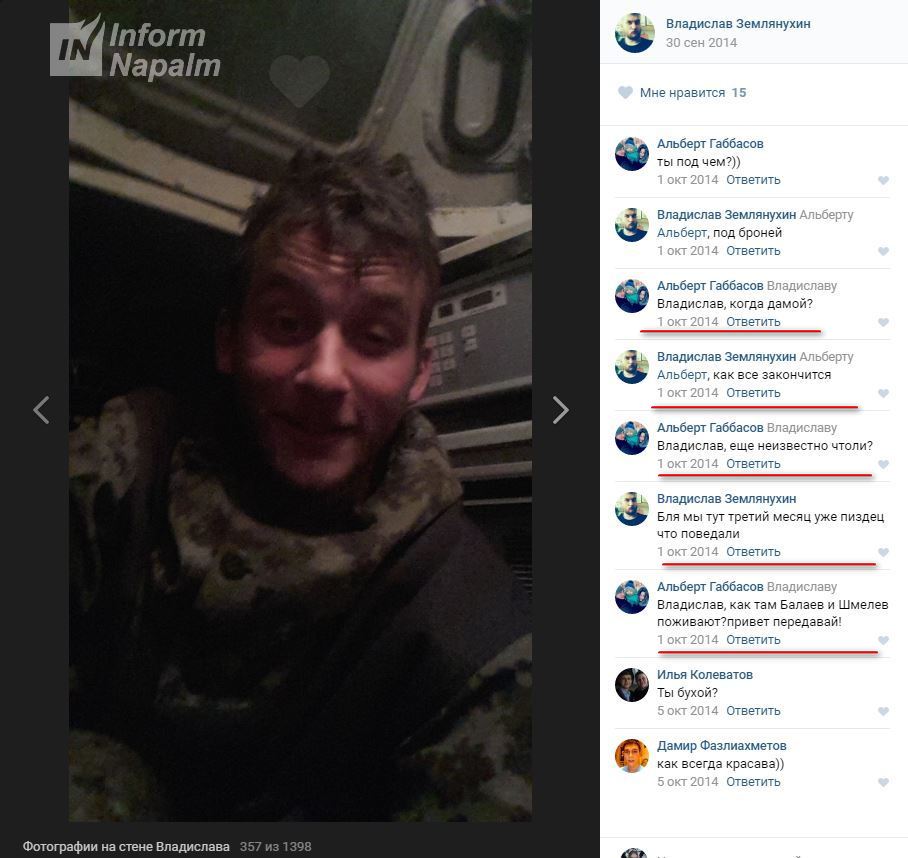 Although Zemlianukhin was dispatched to Rostov Oblast as R-149 AKSh-2 signals vehicle commander, he posts photos against the backdrop of the Russian R-166-0.5 Artek signals vehicle (photos 1, 2, 3, 4). 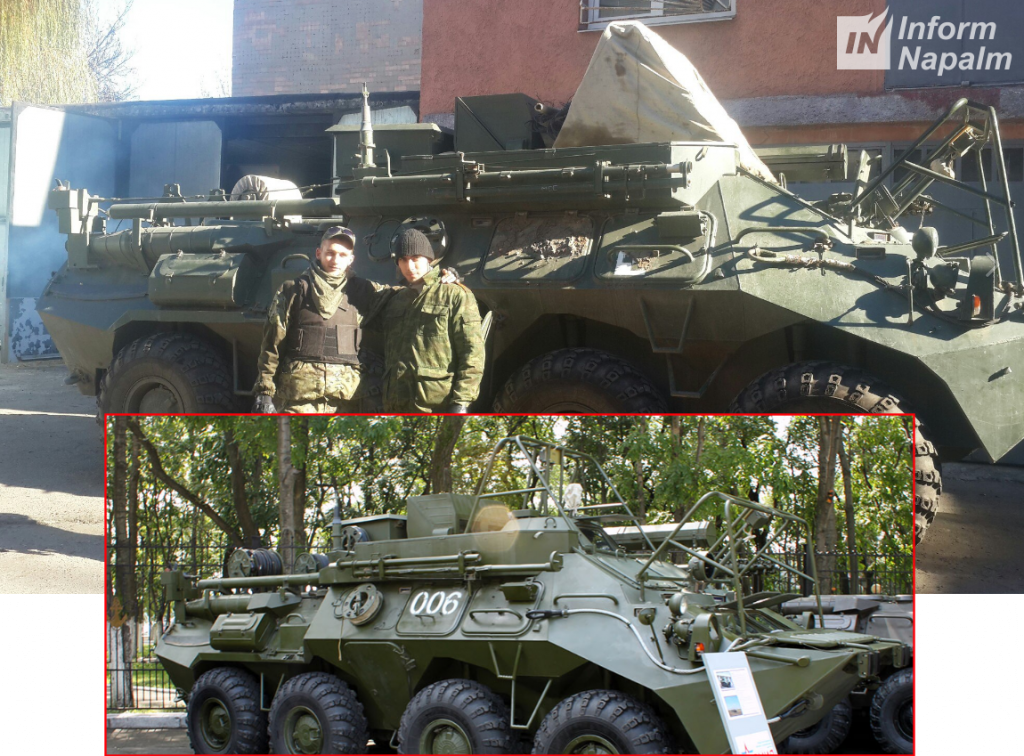 Russian R-166-0.5 Artek radio on K1Sh1 chassis entered service with the Russian Army in 2005; massive deliveries to troops started in 2011 at the regiment/brigade level.

This type of Russian equipment was used in the Debaltseve offensive in winter 2015 and is mentioned in InformNapalm’s database. Permanent link: https://informnapalm.org/en/latest-r-16605-radio-station/.

The photo with the signals vehicle was taken at 27 Dalia str. in Luhansk, in Ukrtelekom compound as evidenced by the plaque in the background. Vocational School # 7 at 7 Sheremeta str. is situated nearby.

We mentioned above, that side numbers on vehicles had been smeared over with dirt, but a piece that fell off revealed a portion of the tactical marking of the 136th MRB – a square with two filled square shapes placed diagonally inside. Additionally, Anton Murashkin, a radio telephony operator of portable communication equipment of the signal platoon, noticed that an inscription on the mast of the mobile radio system had not been erased. 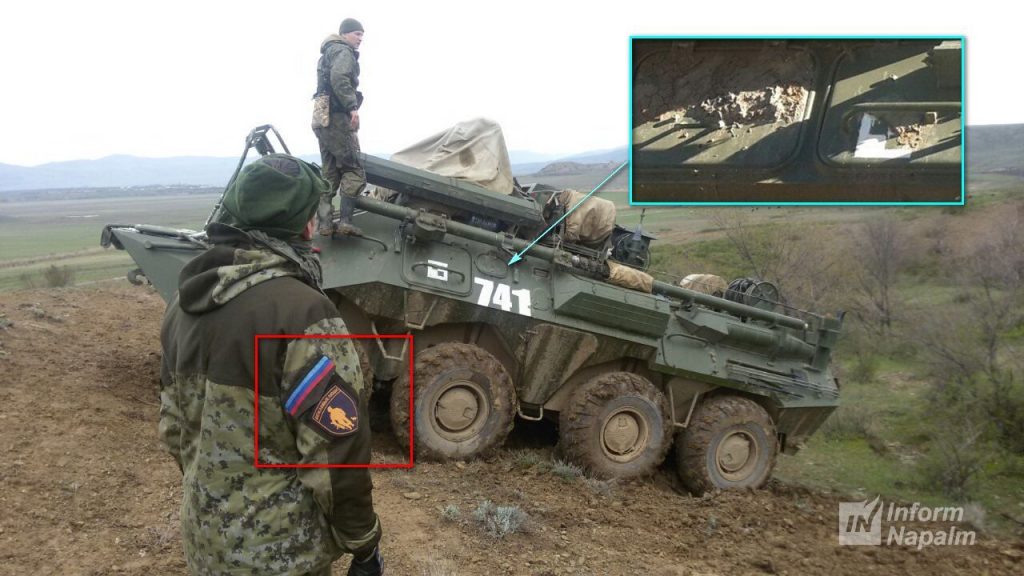 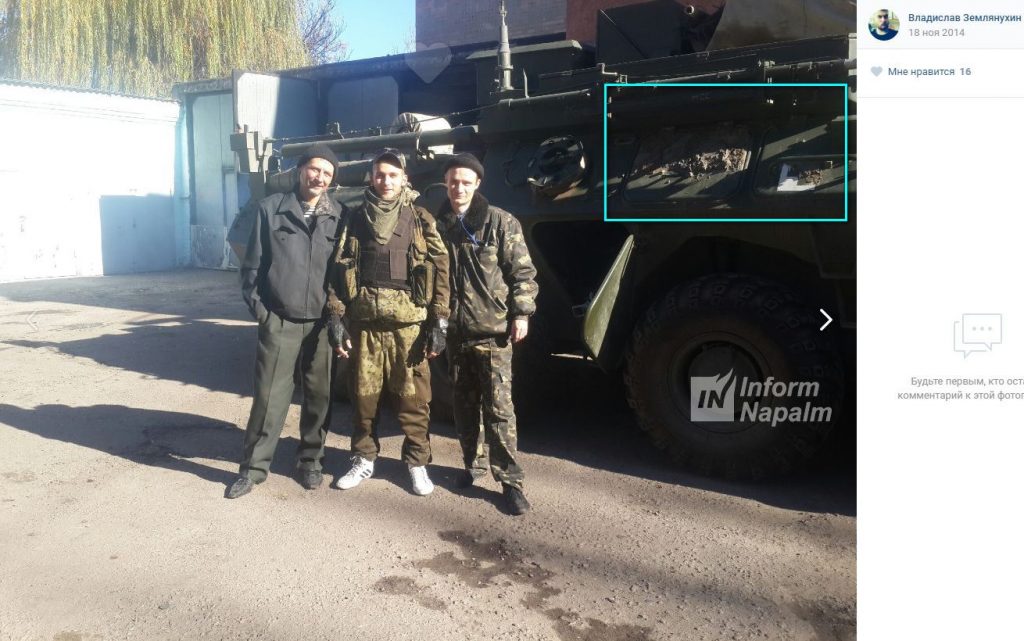 Zemlianukhin took such a fancy to the sleeve patch of Luhansk People’s Republic (LPR) 2nd Army Corps of the Russian occupation forces that he kept sporting it on his uniform even after getting back to the home station in Russia. 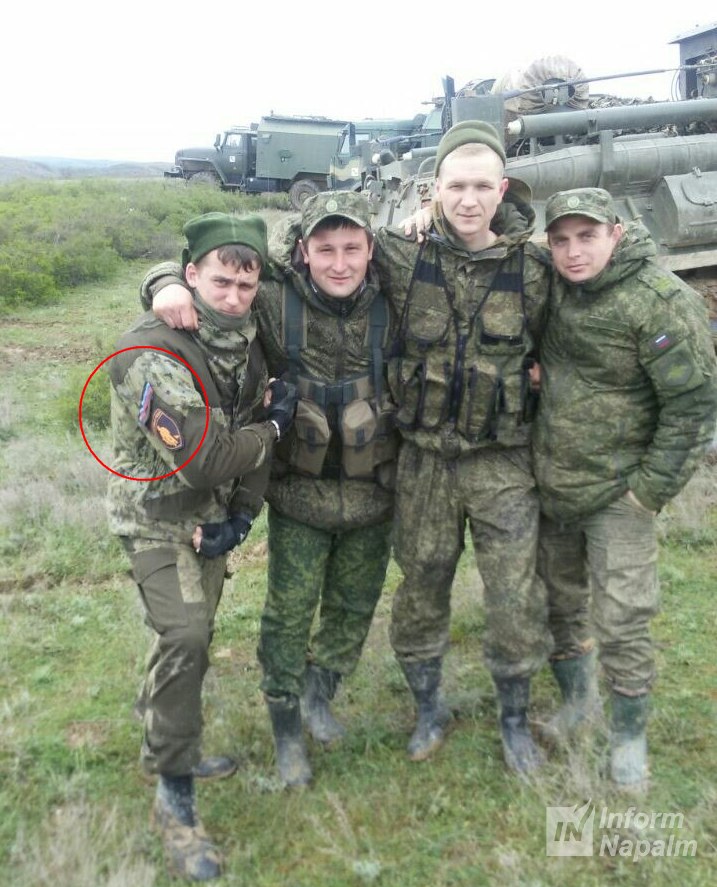 In addition, there are photos in Zemlianukhin’s album that were taken on the grounds of the assembly point of Luhansk Oblast military enlistment office, where Zarya illegal armed group (IAG) was based, and special communication equipment, such as R-441 Liven, was spotted. According to the personnel roster, this equipment is also operated by the 136th MRB. On some photos, one can see a part of a light-blue building occupied by Zarya IAG. 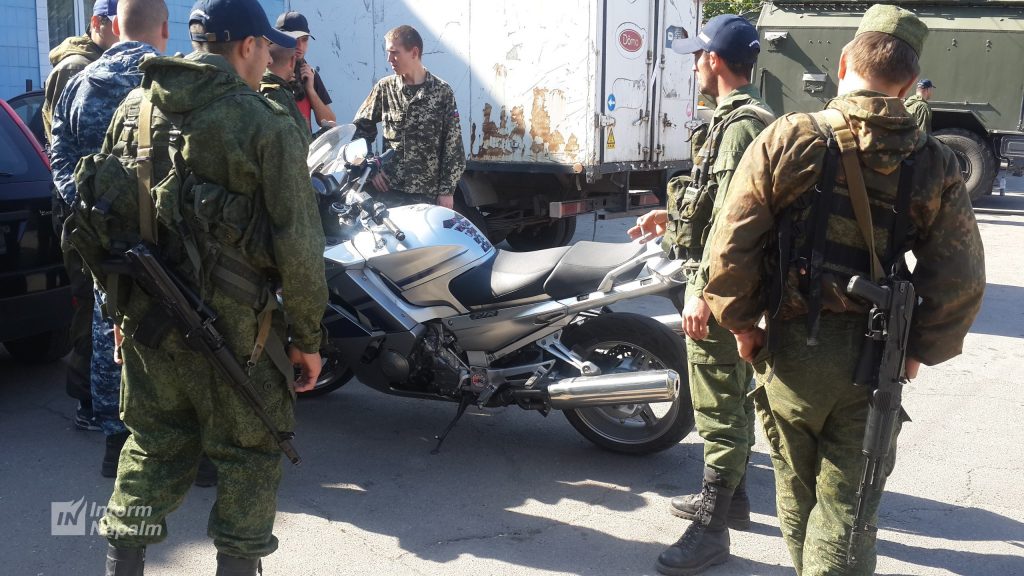 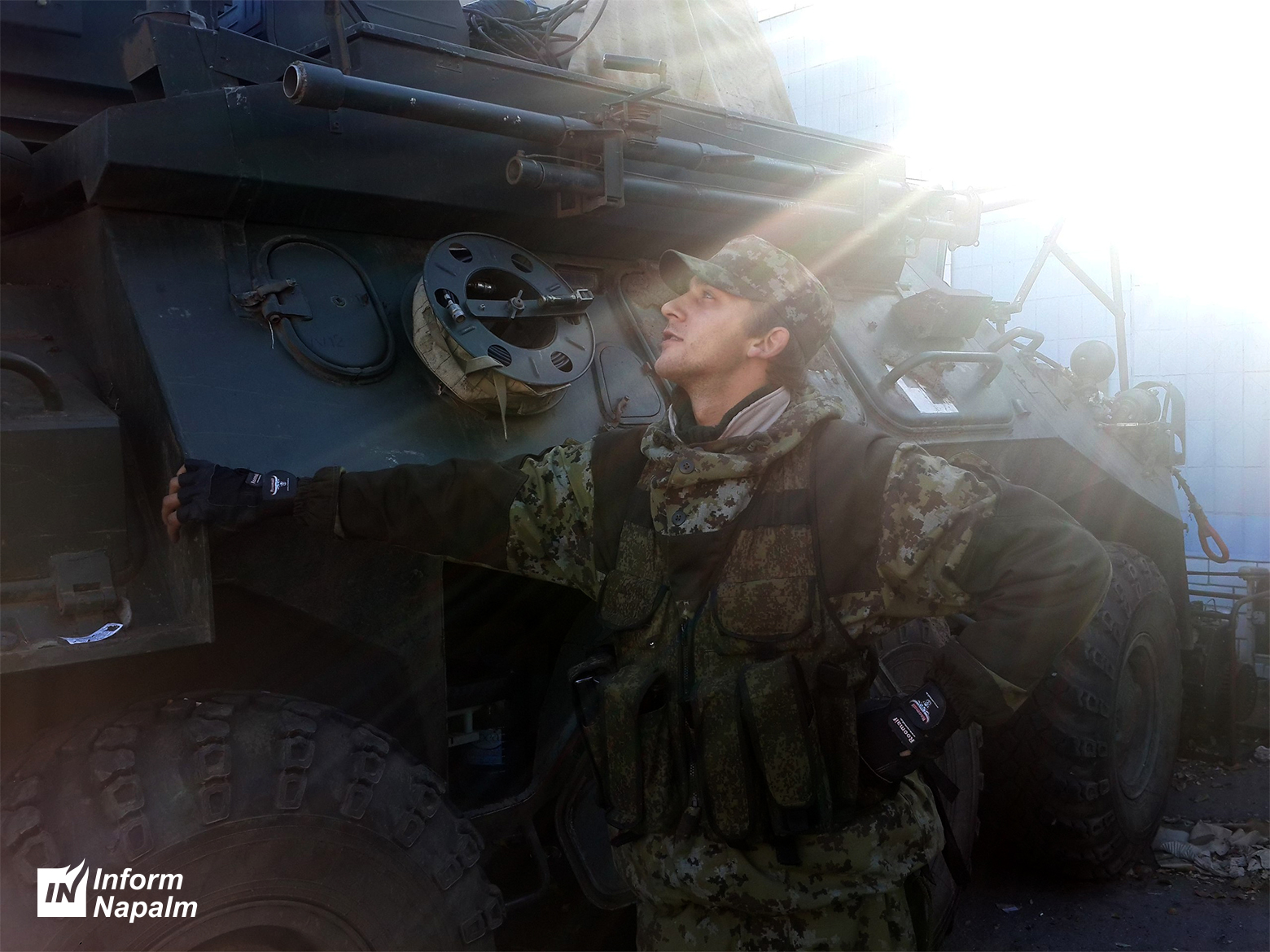 There are also photos taken at the backdrop of the building that stands on the opposite side of the assembly point drill field, as well as a photo taken inside the inpatient department of the nearby Luhansk Cancer Center. 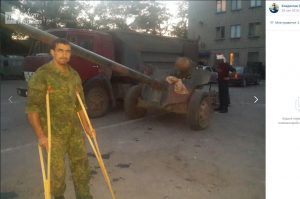 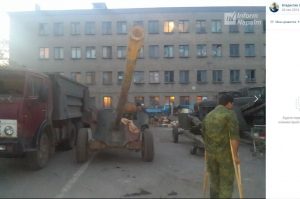 Let us compare photos of consequences of the artillery fire on the Cancer Center building taken in summer 2014 with photos (1, 2, 3) in the album of the Russian signaller Zemlianukhin. 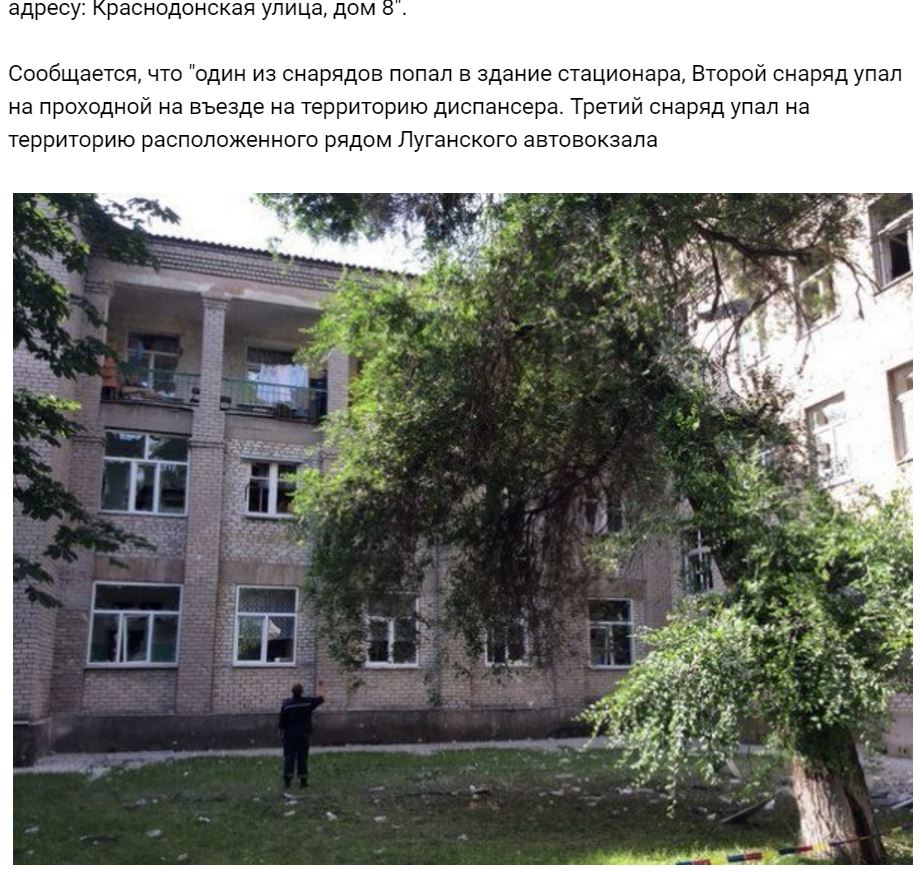 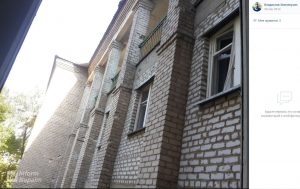 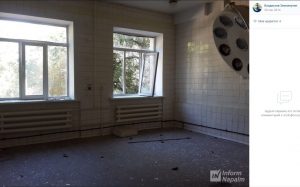 This is yet another vivid example of the terrorist tactics practiced by the Russian military personnel in Donbas of deploying forces on the grounds of schools, hospitals, and other civilian facilities. 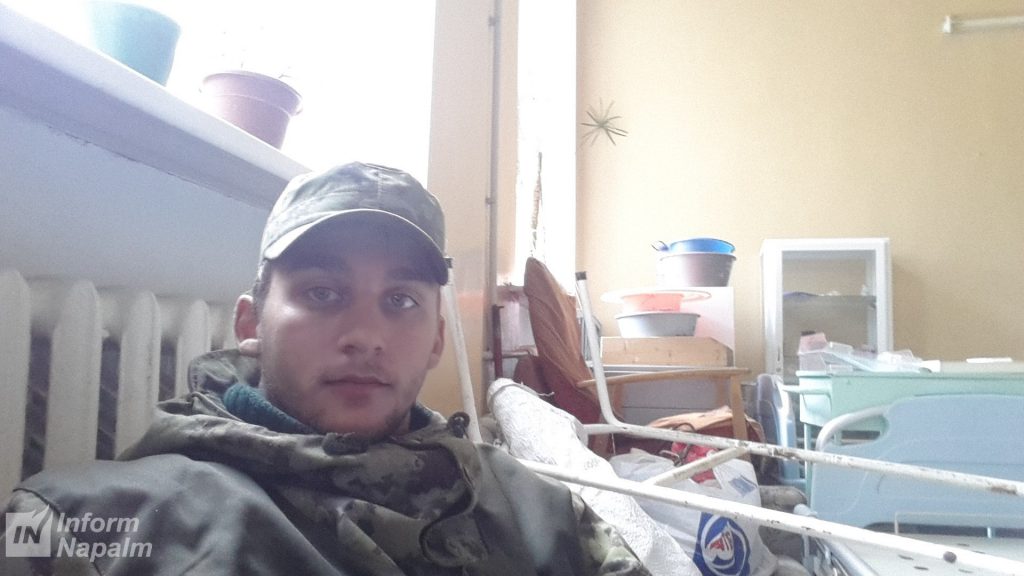 In the first publication dedicated to the Ukraine missions of the military personnel of Russia’s 136th MRB from Buynaksk in summer 2014, InformNapalm demonstrated that the findings of our early OSINT investigations were corroborated by the official secondment orders issued by the command of the military unit. In this publication, it was the information from those orders that helped reliably identify the location where the signal troops from Buynaksk were quartered in Luhansk during three months in summer and fall 2014.

This publication was prepared by Victory Krm and Mikhail Kuznetsov specially for InformNapalm web site. Translated by Oleksandr Ivanov, edited by Artem Velichko. An active link to the authors and our project is obligatory for any reprint or further use of the material.