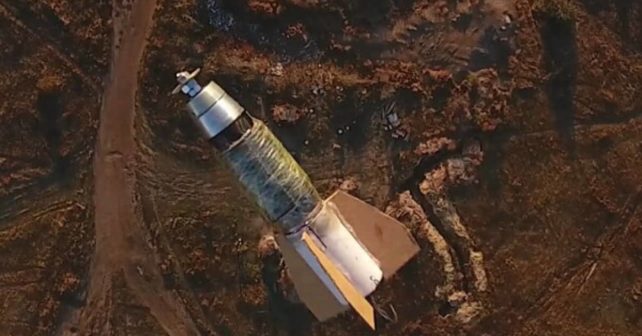 During the next declared truce, the militants of the Russian occupation forces dropped VOG grenades (suspended VOG-17 fragmentation projectile for under-barrel grenade launchers) from the unmanned aerial vehicles (UAV) on the positions of the Armed Forces of Ukraine. This was reported by the Ukrainian Military Portal with reference to the press service of the Joint Forces Operation.

According to the official information, one such fact was recorded on August 24 near Mayorsk, although according to the sources of the Ukrainian Military Portal, another such case occurred in the morning on August 25.

Also the Joint Forces Command reports that on August 25, while patrolling the area, two Ukrainian servicemen were hit by an explosion of the enemy’s POM-2 anti-personnel fragmentation mine. As a result of the explosion, they received shrapnel wounds and are now in treatment. Their health is satisfactory.

It was previously established that the antipersonnel mine was delivered remotely. The enemy uses such provocations both in Donetsk and Luhansk Oblasts.

The new ceasefire agreement prohibits the use of UAVs on both sides.

Such a violation by the Russian terrorist forces, unfortunately, is not the first. In March 2020, the aggressor dropped VOGs from a similar UAV, hitting an ambulance, which is a gross violation of international agreements on the protection of medical personnel on the front line: 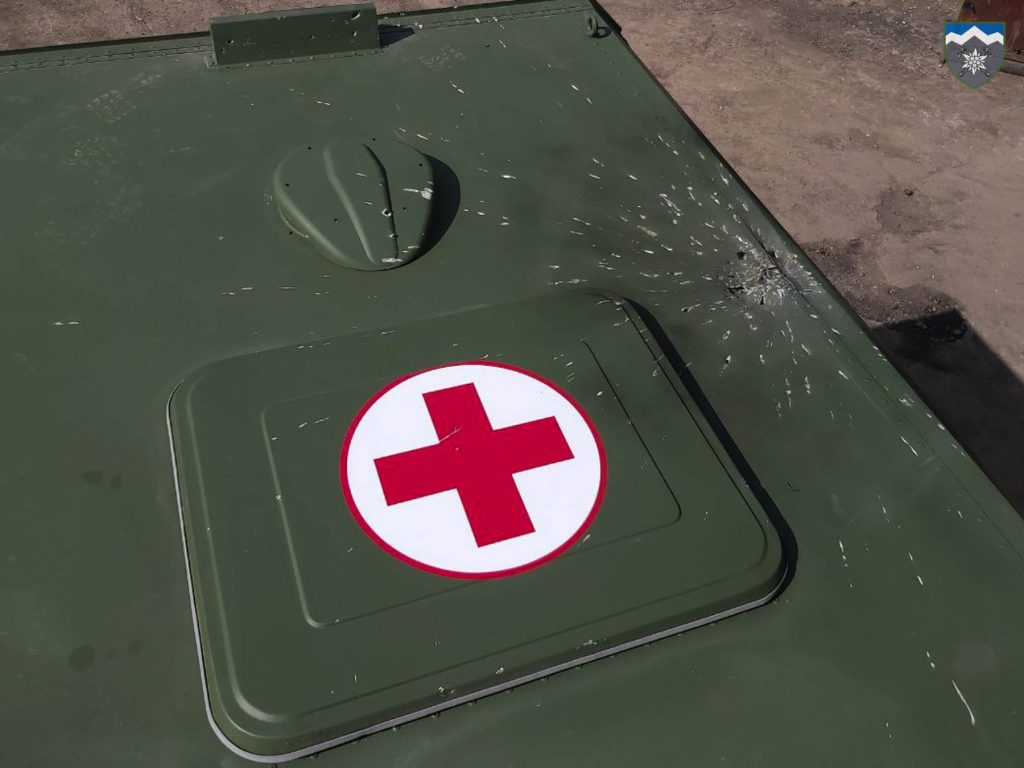 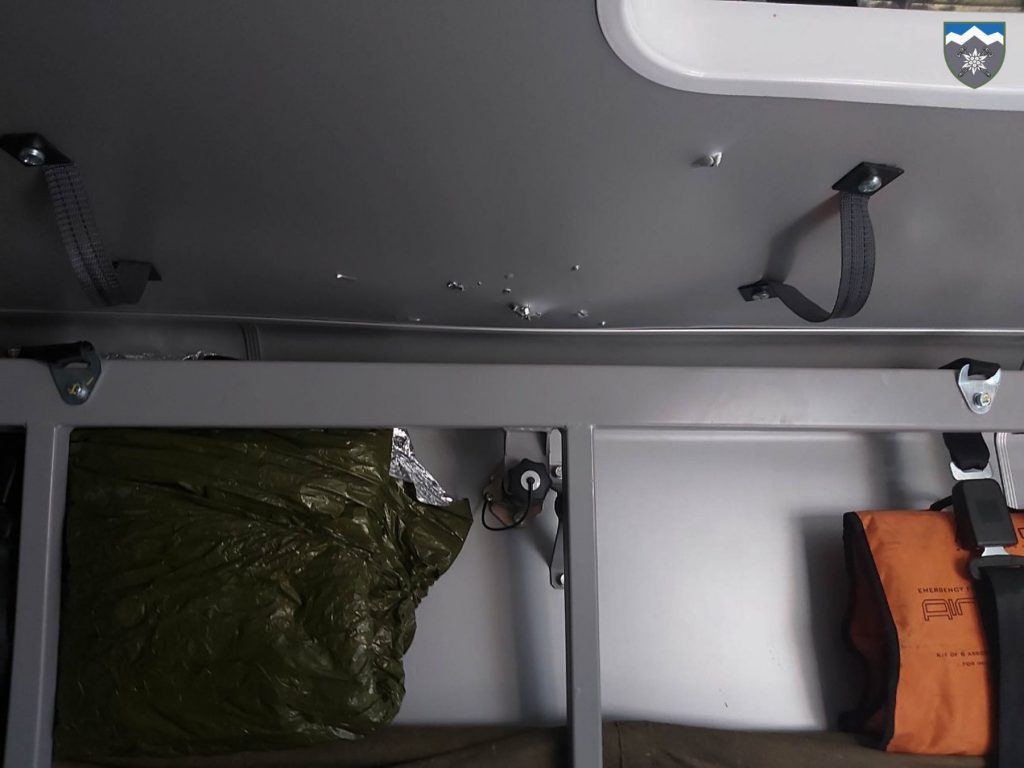 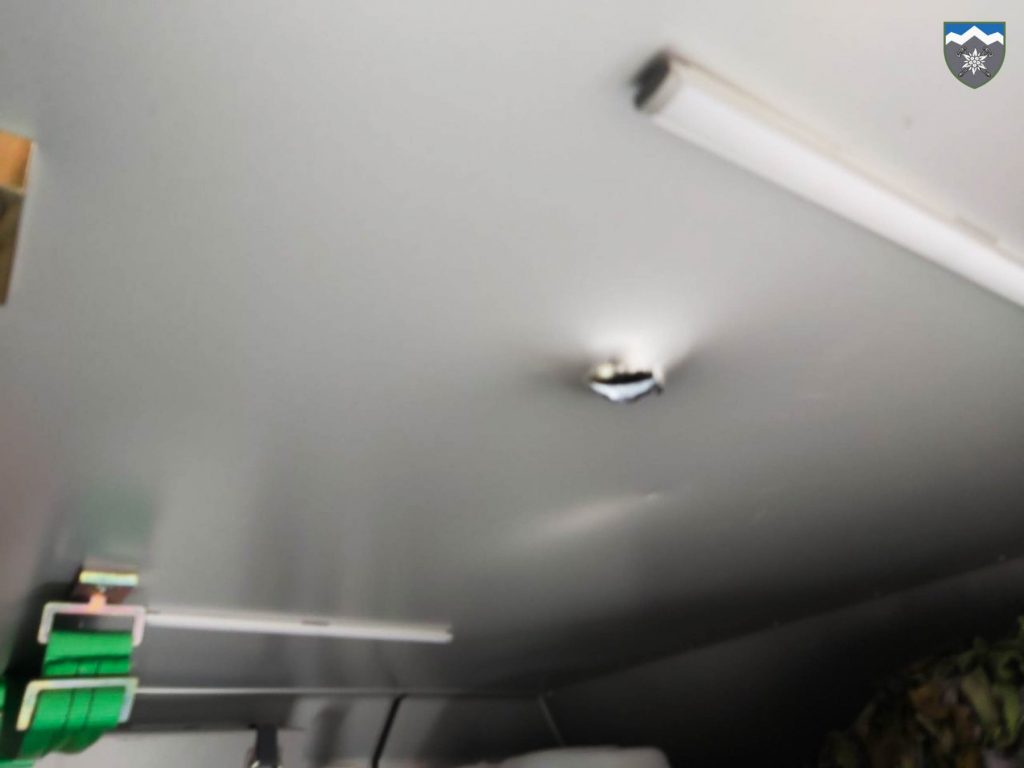 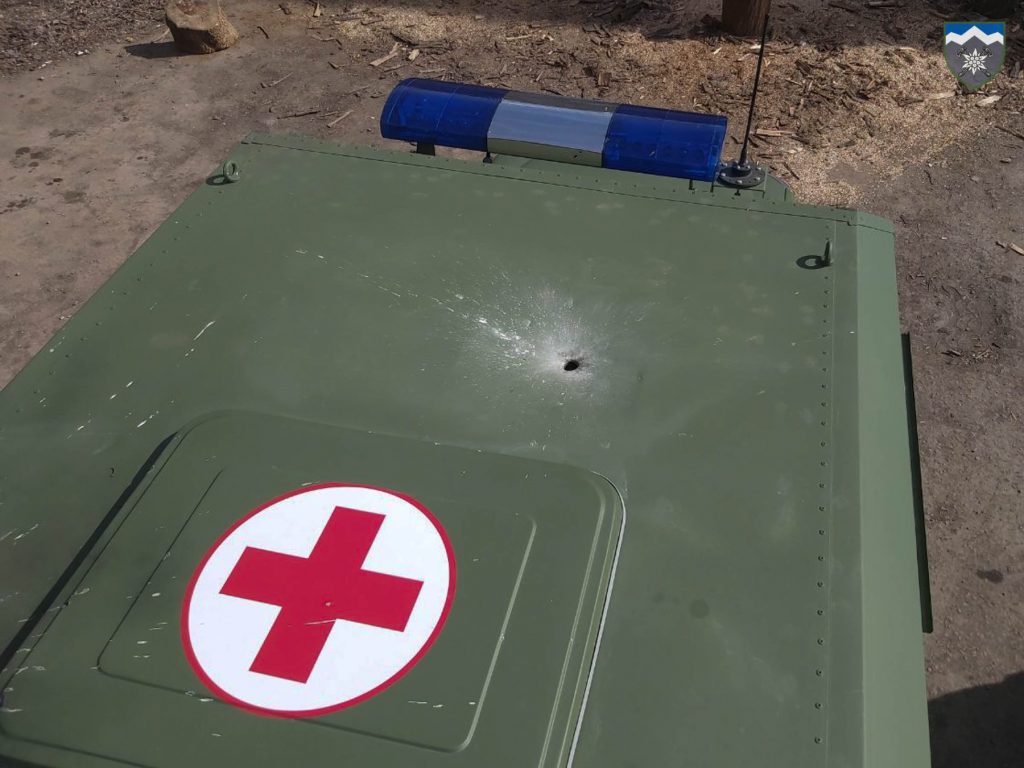 [Picture: The result of the shelling of an ambulance near the village of Hnutove 10th Mountain Assault Brigade

At that time, in the area of the settlement of Hnutove two grenades were dropped on the ambulance of the 10th Mountain Assault Brigade of the Ukrainian Armed Forces.

We would like to remind that it is not first time when Russian occupation forces violate ceasefire agreement in such way. On August 19, 2019 the use of a UAV with a suspended VOG-25 fragmentation grenade was reported by the Joint Forces Operation Press Center during the 5th Week of the “ceasefire” in the Donbas.