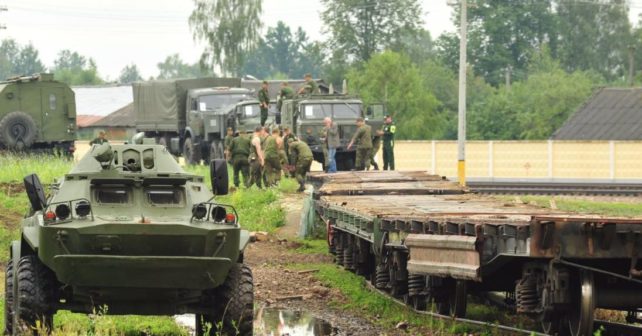 InformNapalm international volunteer community is closely monitoring the ongoing militarization of Russia, construction of new military facilities, as well as the creation of military alignments along the border with Ukraine and Belarus. On May 4, 2016, Russian Defense Minister Sergei Shoigu stated that “three new divisions will be created to counter the build-up of NATO forces near Russian borders “. Note that neither Ukraine nor Belarus are not members of the North Atlantic alliance. Moreover, Ukraine, which for over two years has been subjected to continuing Russian military aggression and and had about 7% of the territory occupied, is undertaking exclusively defensive military actions, is building a line of layered defense along the border with the aggressor. Belarus, on the other hand, is tied to Russia with all imaginable political and military alliances and treaties, and even is integrated in the unified Russian regional troops alignment and in the single defense system. Against this backdrop, the words of Defense Minister of the aggressor nation appear not only cynical, but also ridiculous.

According to the available information, in Yelnya the 144th Mechanized Infantry Division is being restored. By the summer of 2017 it will count more than 6 thousand servicemen, of which about 3600 would be officers and contract soldiers. This division will presumably include three mechanized infantry regiments, one tank regiment, self-propelled artillery and anti-aircraft missile regiments, as well as support units.

On July 13, 2016 there has been recorded the arrival from Yekaterinburg of the first train, with military equipment and units of the 28th Mechanized Infantry Brigade, the servicemen of which will be engaged in the direct deployment of new military base on site. 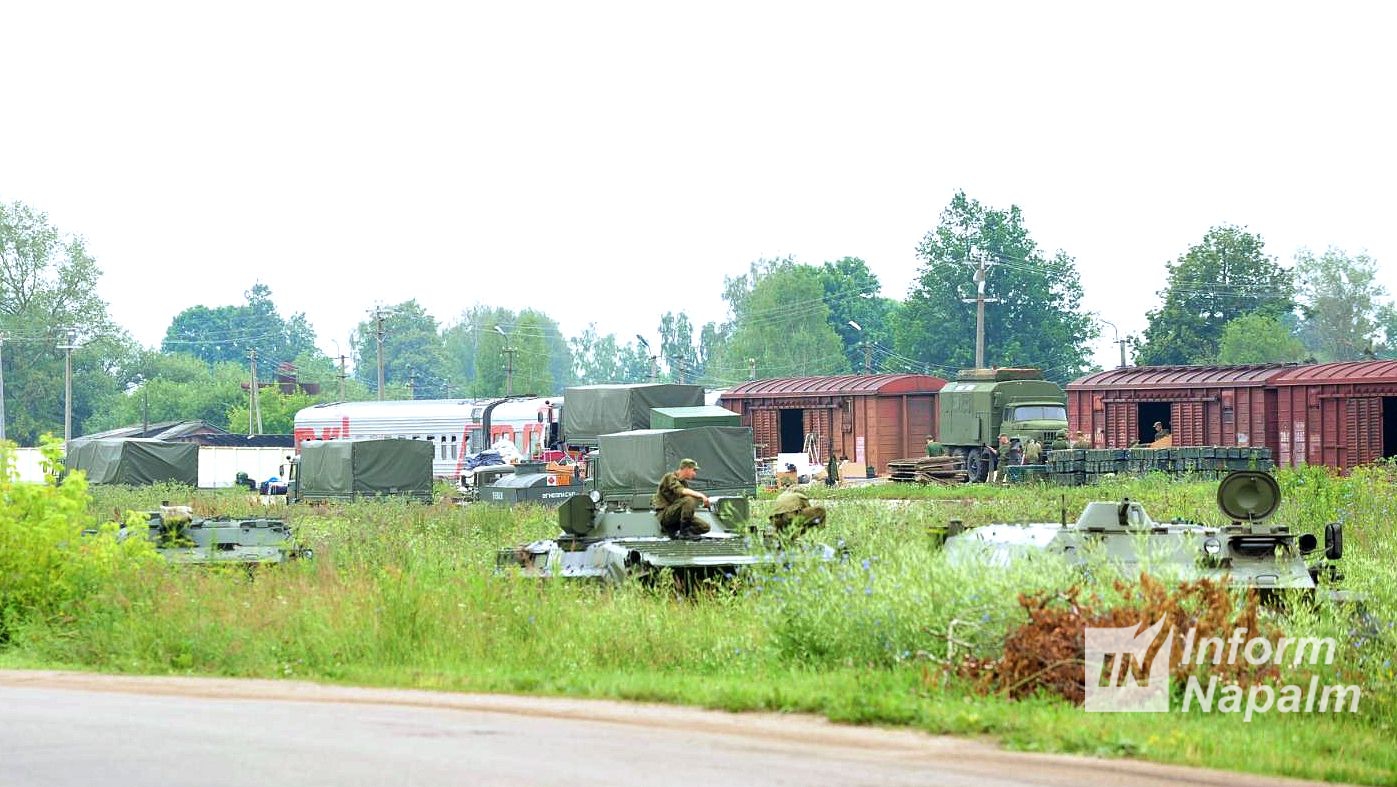 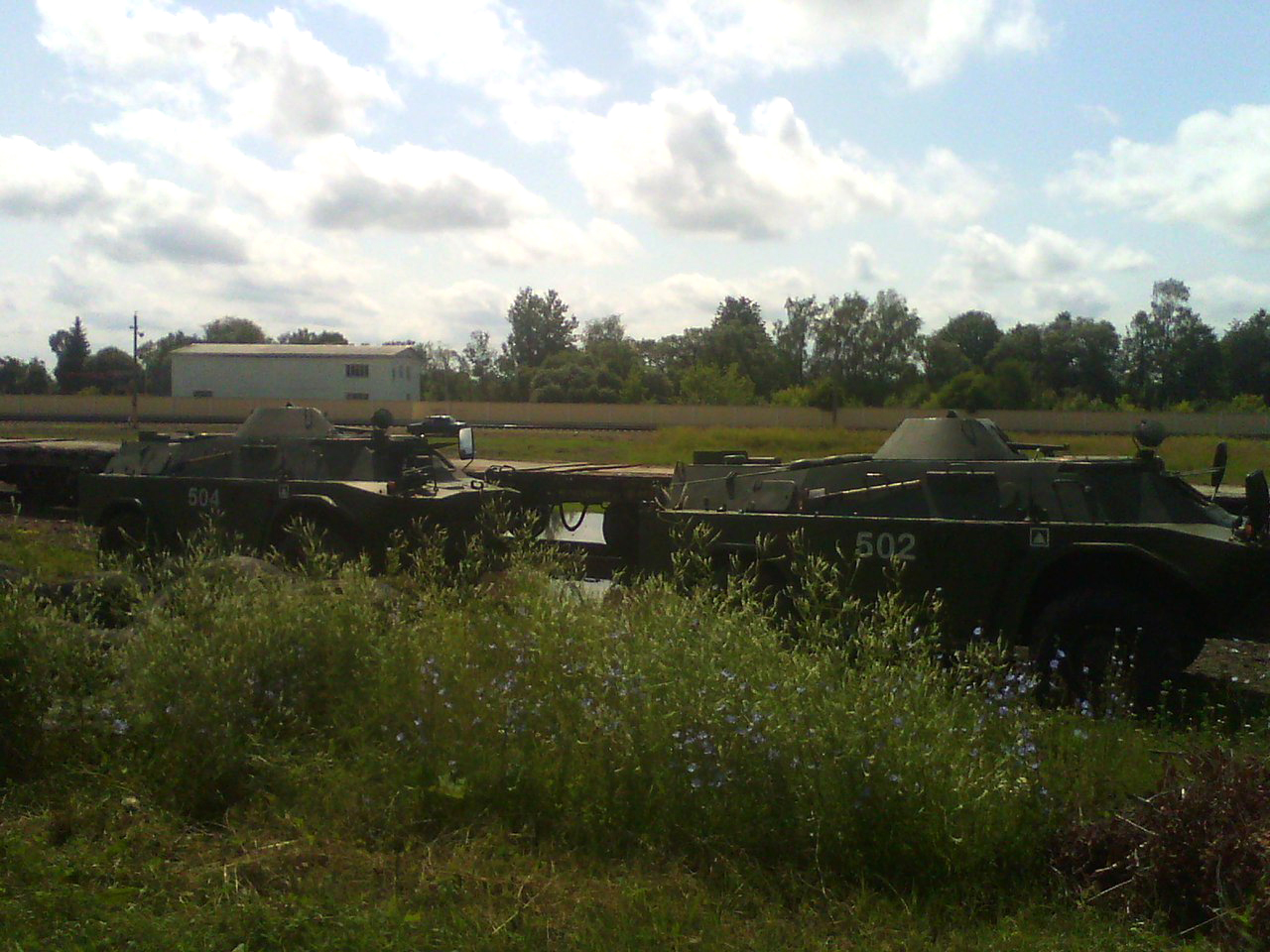 According to the article in the local newspaper “Znamya”, this year, two battalions of 400 men each will arrive at their new permanent station. It is noteworthy that the units of the 28th Mechanized Infantry Brigade are also being moved to Klintsy, also in Bryansk region. 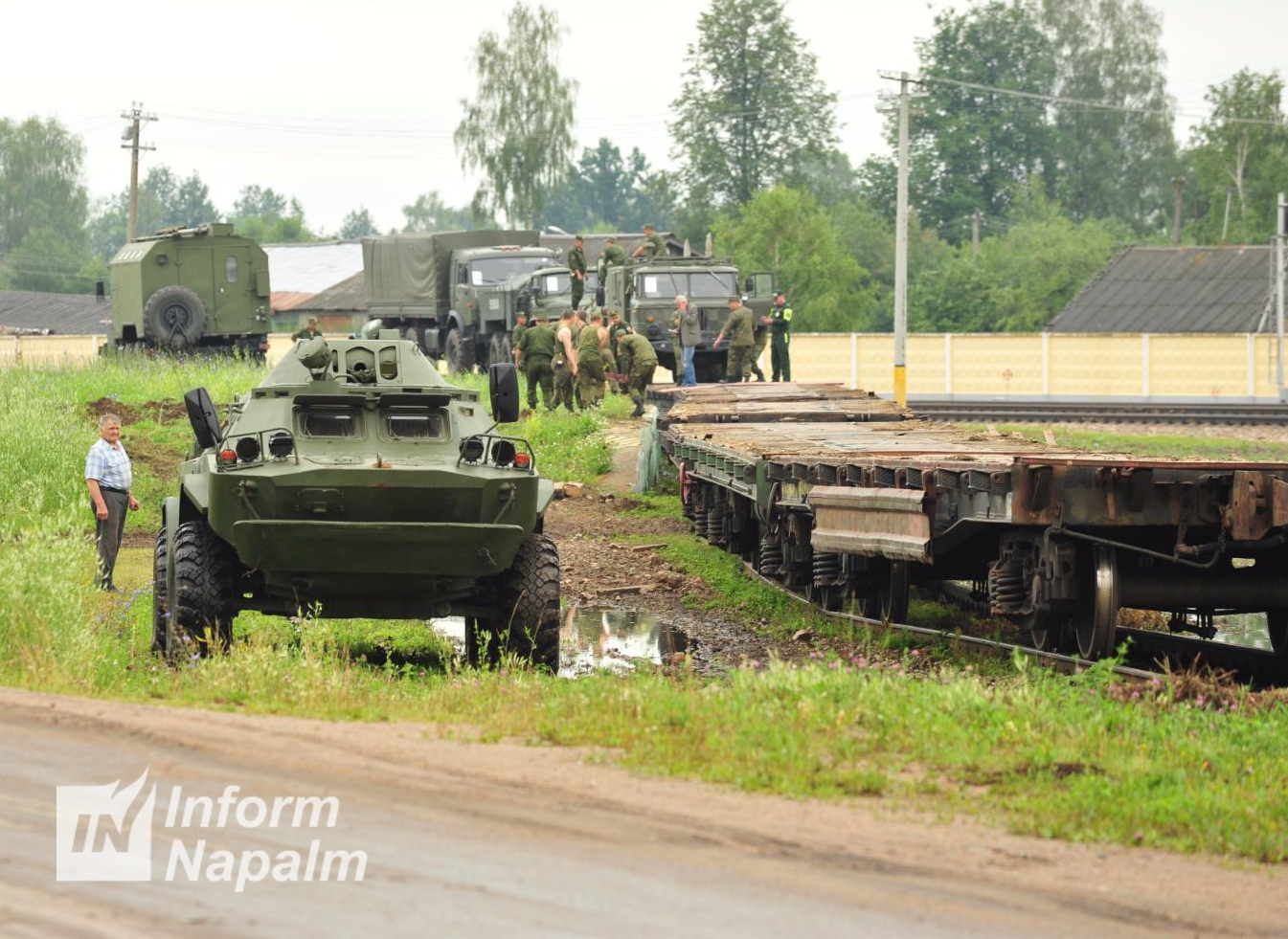 At the moment, the military men are setting up a tent camp, and are preparing the permanent station infrastructure.

The Yelnya division will become part of the 1st Guards Tank Army, together with the Taman Mechanized Infantry and Kantemirovskaya Tank Division Tank Division, which will give it a significant attack potential.

In 2017, two regiments will be relocated to Yelnya. They will include 2200 and 2800 servicemen respectively. 12 modular barracks and a soldiers’ canteen are planned for construction to serve approximately 2500 conscripts. The time allocated for this construction by the military command, is within 6 months. Also, the construction of a new tank range is planned not far from the base in Yelnya.

It is worth noting that the new division in Yelnya is equidistant from both Vitebsk and Mogilev, at about only 200 km. 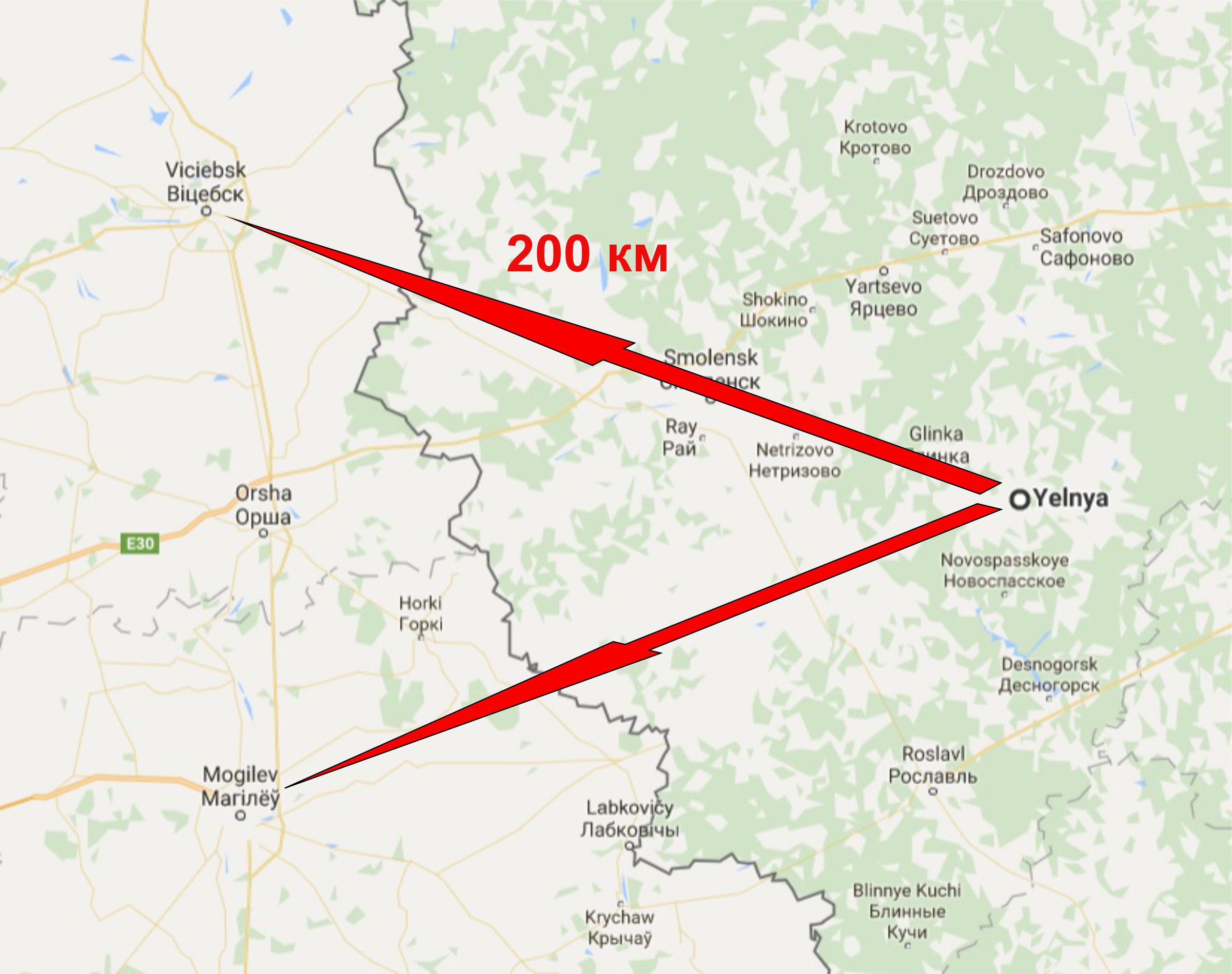 Our open-source research yielded a very interesting detail: the Federal Election Commission for Smolensk region intends to create a temporary polling station in Yelnia for the next parliamentary election. The polling is scheduled for September 18, 2016. Based on this fact, it can be assumed that a large contingent of soldiers, for whom a separate polling station must be created, will be relocated to Yelnya as early as August 2016.

Below, is a satellite image of the permanent station location for the new mechanized division from Yandex. The image shows the territory of the military base, as well as Kutuzovskiy district of Yelnya, where some of the arriving soldiers will be stationed at first. 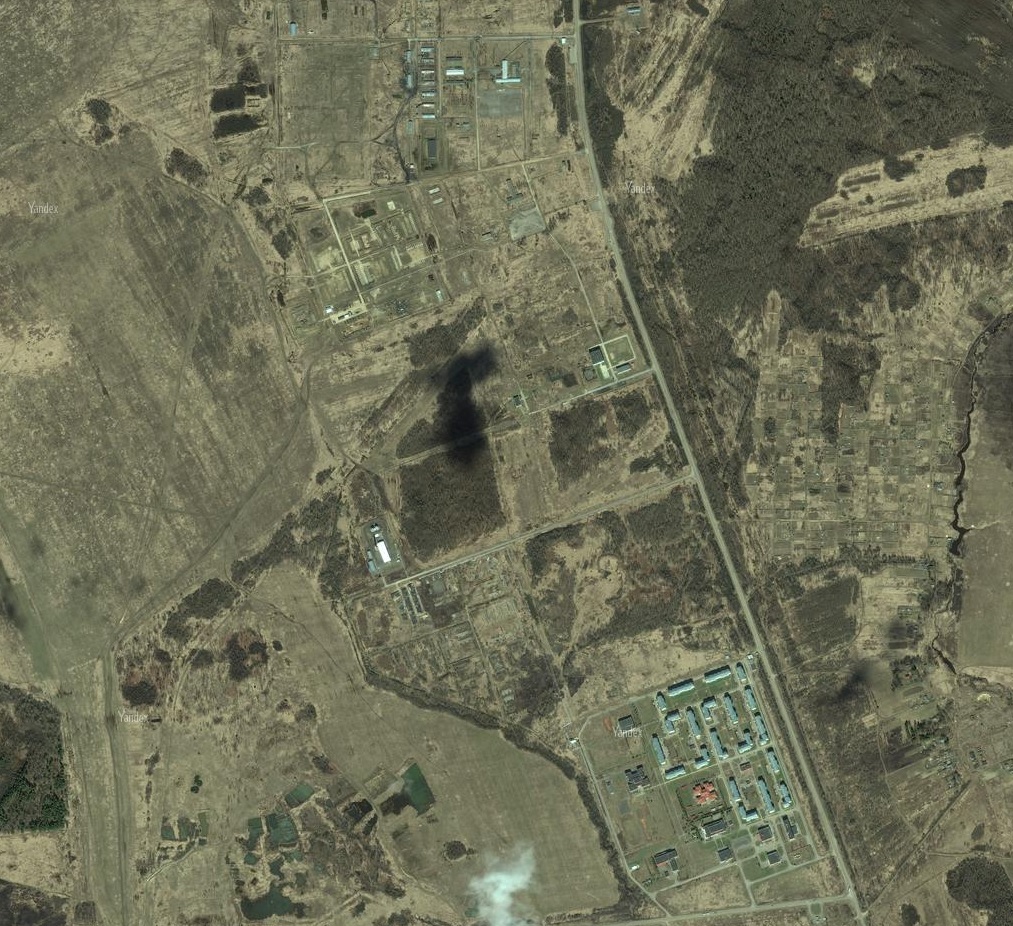 Also note that the division in Yelnya, as well as the brigade in Klintsy, are being formed from units of the 28th Mechanized Infantry Brigade from Ekaterinburg, which has considerable combat experience gained in the course of military aggression against Ukraine and Syria. The place of its deployment in Smolensk region testifies to the high priority of the Belarus direction. Together with the mechanized infantry brigade in Klintsy, stationed 90 km away from Gomel, the new division in Yelnya will have a significant attack potential in the course of a possible future hybrid war in eastern Belarus. It is safe to assume that the new bases of mechanized infantry units will be extensively used as cover by the special forces of the Main Intelligence Directorate (GRU) as well, which will conduct destabilization operations in the Republic of Belarus in case of any aggression against this state. The absence of border controls, as well as any significant military forces along the Russian border will significantly facilitate this activity.

If we draw historical parallels between the alliance of Russia and Belarus and the alliance of Germany and Italy during the Second World War, there is no doubt that, if necessary, Russia would occupy the territory of its former ally, just as Germany had done, given that it traditionally “protects its national interests” in a military manner on territories of other countries.

We will continue to monitor the situation and inform the public about the real threats to national security of Ukraine and Belarus. We see it as one of our main tasks. The task of the political elite of Belarus at this stage should be the implementation of measures to strengthen the national security, such as: replacement of the military command with the graduates of Belarusian higher military educational institutions, introduction of border controls, and significant increase of the army’s defense capability in the eastern direction.

This publication was prepared by Denis Ivashin, the editor of Belarusian service of InformNapalm international volunteer community.

Information specially prepared for InformNapalm.org, an active link to the authors and our project is obligatory for any reprint or further use of the material.

We urge readers to actively share our publications on social networks. The exposure of the investigation materials to the public may turn the tide of information and combat confrontation.