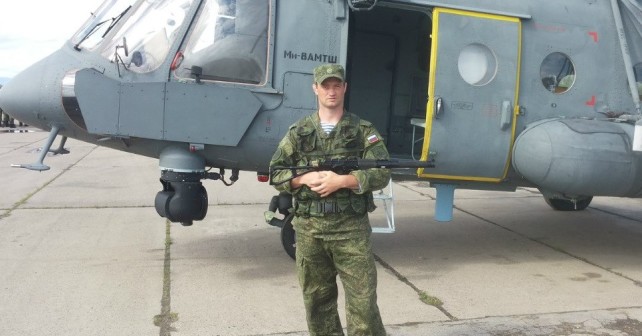 We have identified a new military unit along the Eastern border of Ukraine, that of the 14th Separate Brigade of Special Forces (Spetsnaz), m/u 74854, of the Main Intelligence Department of the General Staff of the Armed Forces of the Russian Federation, based in Khabarovsk. 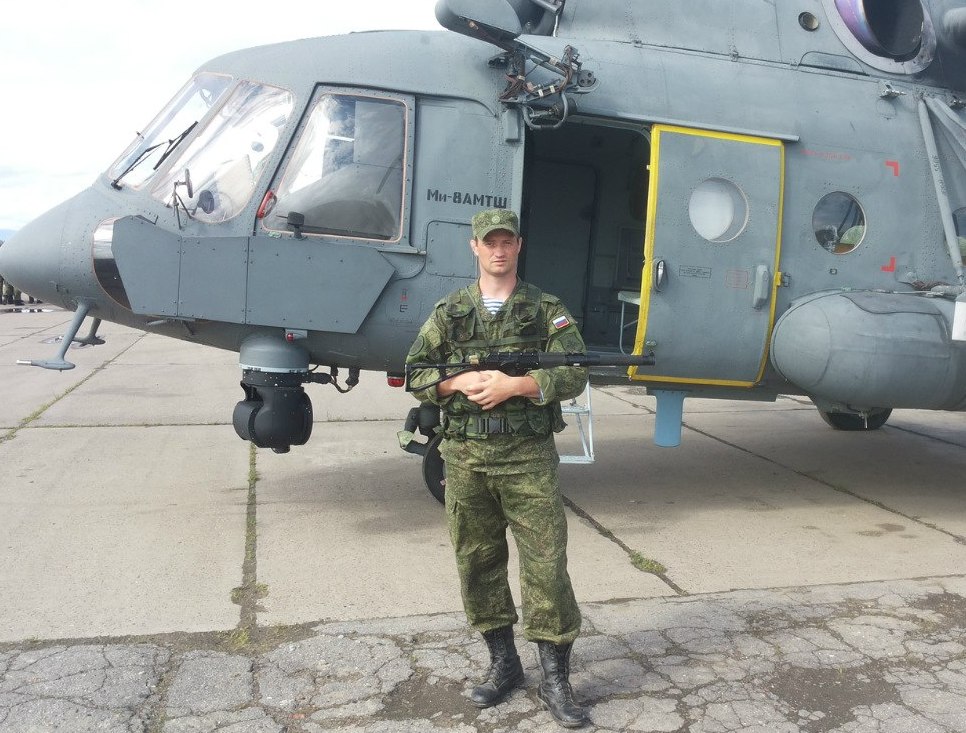 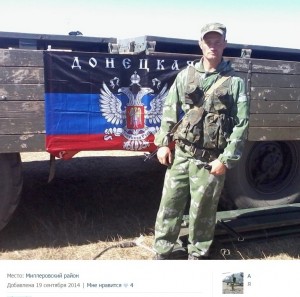 Besides the rather interesting fact that a Russian special forces soldier is posing in front of a DPR flag, another interesting detail to note is the old camouflage uniform which is usually like DPR/LPR terrorists are using. The fact that intelligence unit is stationed at the airfield can be possibly explained by our previous article. In this article we discussed the transfer of diversionary reconnaissance groups to Ukraine by helicopters “Mil Mi-8AMTSh”, possibly by those that have no insignia.

A few facts on the 14th Brigade: The Brigade was formed in 1963 in Ussuriysk. The current brigade commander is Colonel Arslan Irichinov. The Brigade structure includes the 282nd, 294th, 742nd and 546th separate squads of special forces (the last possibly disbanded), and squads of special communication and supply.

The Brigade fought in the war in Afghanistan, then in the 1st and 2nd wars in Chechnya; the unit was involved in counter-terrorist operations in Ingushetia as well. The brigade has lost more than 70 troopers in these conflicts. 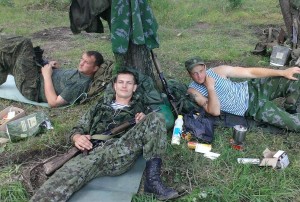 We have written about the presence of the diversionary reconnaissance groups of the GRU Spetsnaz in many of our previous articles. See these links (some of the articles are in Russian): 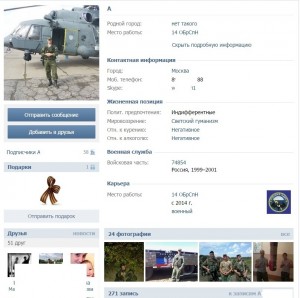 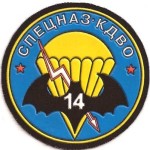 3 Responses to “New “Siberian Guests” on the Border of Ukraine — The 14th Brigade of Special Forces, Main Intelligence Department”