2B16 ‘Nona-K’ Artillery Mount Near Mariupol – Our Signal to OSCE 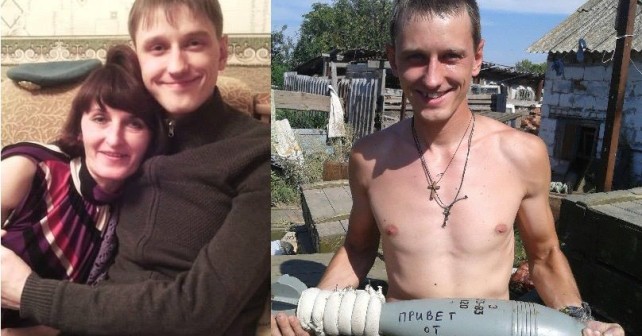 As a result of the OSINT investigation conducted by the InformNapalm international volunteer community regarding the situation on the Mariupol direction a number of places were identified where the combined Russian-separatist forces presumably hide their artillery equipment, which had to be withdrawn from the contact line. InformNapalm’s reconnaissance group expresses its gratitude to the mothers of the Russian mercenaries for documenting the crimes of their children. The sons are not always decisive, sometimes they are stingy to give away information and pictures, but mothers with their emotions try to fill those gaps by pictures which are missing. 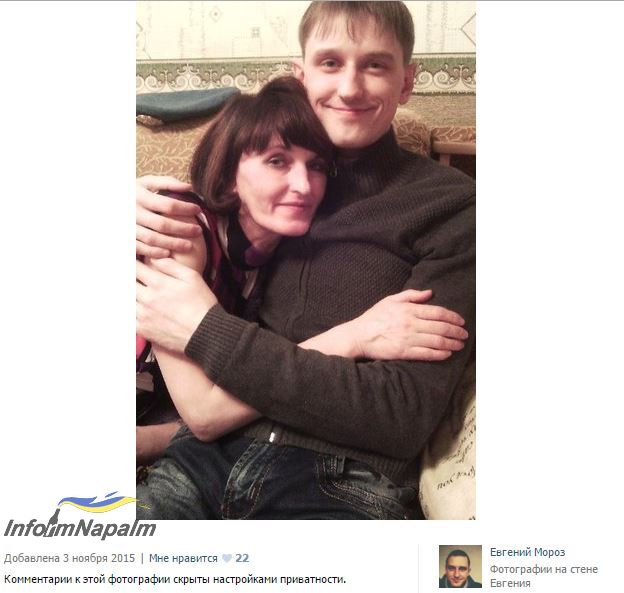 From the very beginning of the conflict in Donbas our volunteer group monitors regular units of occupation forces of Russia, as well as the personnel of the so-called illegal armed formation ‘Novorossiya’ on the basis of which the so-called regular corps of Donetsk and Luhansk were formed. This publication presents the so-called 9th Mariupol-Khinhansk motorized rifle regiment, which is responsible for the Mariupol direction. On October 21, 2015 we already saw the fake withdrawal of tanks, then they demonstrated a withdrawal of artillery on the distance of 30 kilometers from the contact line, and told that this artillery was then transferred to Ilovaysk preservation base. The equipment and weaponry withdrawal was confirmed by the Russian ‘observers’, in particular, by Khasan Kaloev, the Russian Representative to the Common center for Control and Coordination of issues related to the ceasefire regime, who stated the following: “Starting from today, after the OSCE mission conducts the verification of this weaponry, we can state that all artillery systems of ‘DPR’ have been withdrawn”.

According to numerous messages from Navoazovsk residents, the heavy weaponry, including artillery and armored vehicles has not been withdrawn, but just hidden nearby – in different kinds of agricultural and industry buildings and hangars. In support of these statement we present pictures of 2B16 ‘Nona-K’ mortars with ammunition, which were kindly presented by Tatiana Stafeeva (profile archive, photos archive), the mother of a Russian mercenary Yevgeny Stafeev. 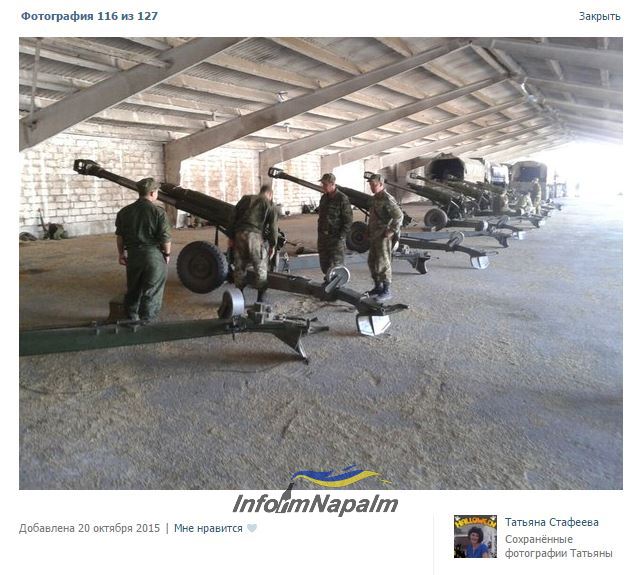 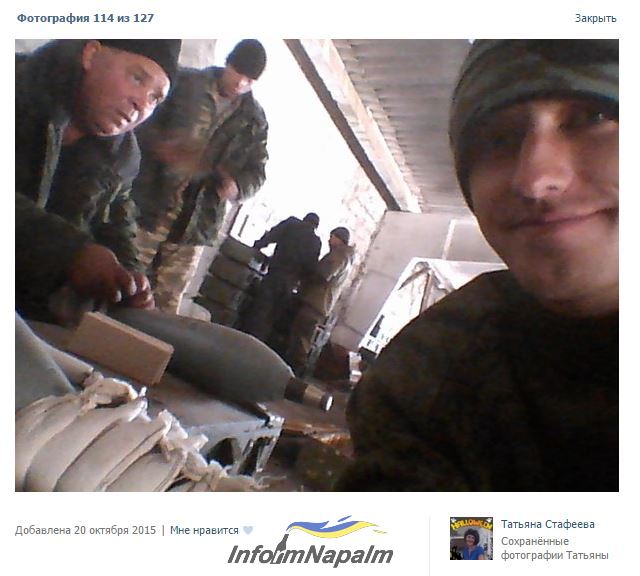 Pictures show 6 guns of this type. Yevgeny Stafeev (here is the archive to his profile under the ‘Evgeny Moroz’ cover name) is pictured with another two on his background. But it was not really hard to find real Evgeny‘s social account (archive). The gun tagged in this photo had the last service on January 2, 2010. 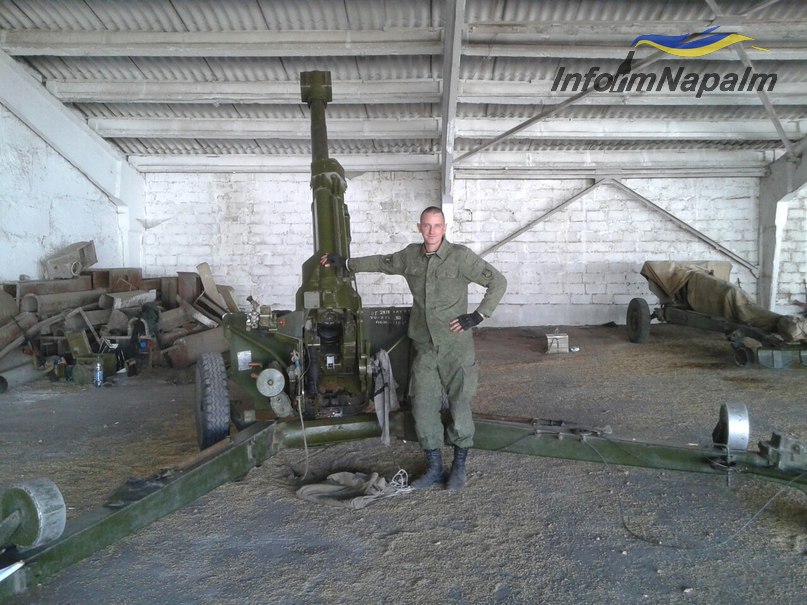 The pictures were made inside a threshing-floor, which was designed for preliminary drying and temporary storage of grain. The floor and the walls of the hangar are covered with grain fug.

The following information about Yevgeny Stafeev has been found: he participates in the fights on the side of the illegal armed formation ‘DPR’ since July 7, 2015 and his call sign is ‘Lesnoy’ (comes from the name of his native town). 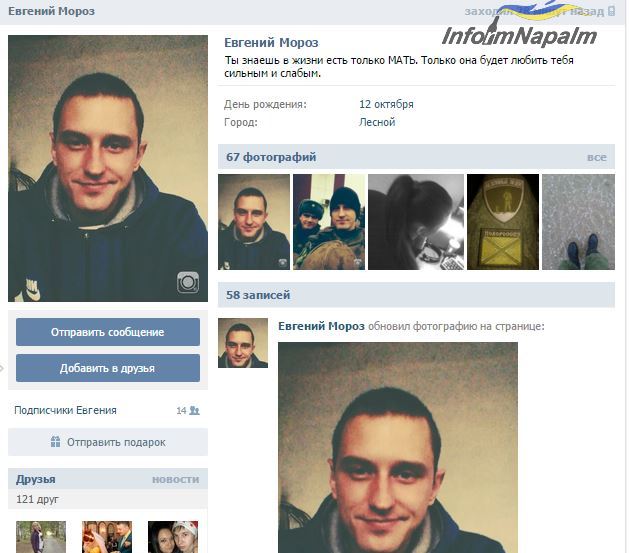 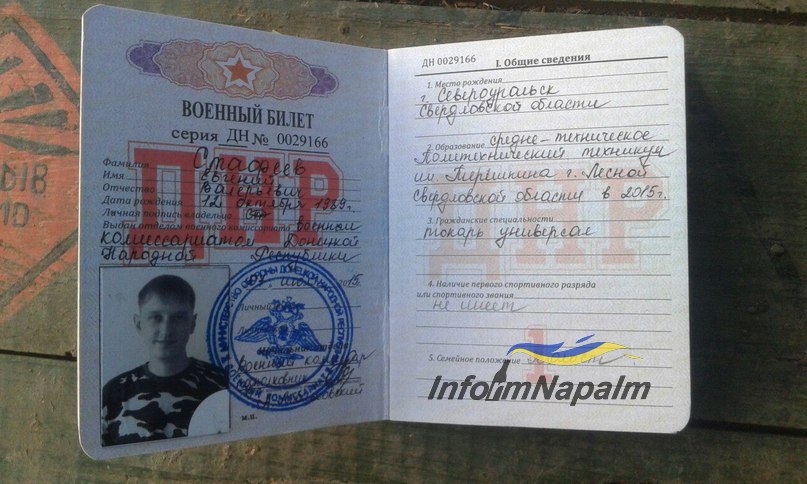 Looking through the profile of Yevgeny Stafeev you can find pictures and videos from field raids. 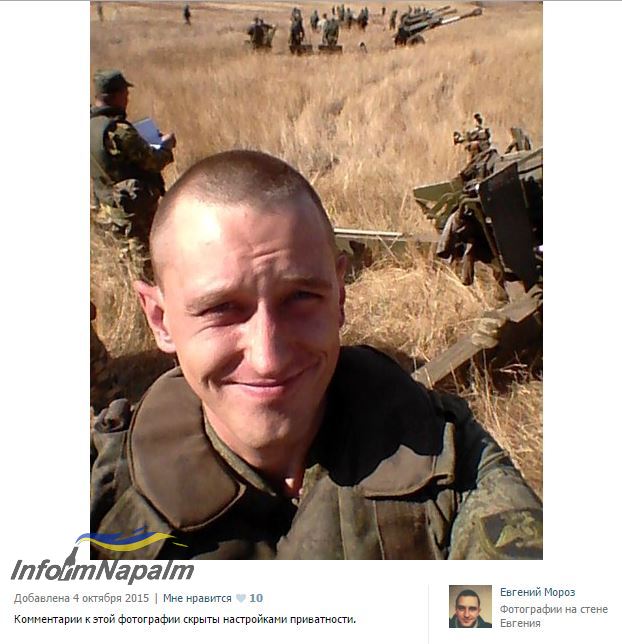 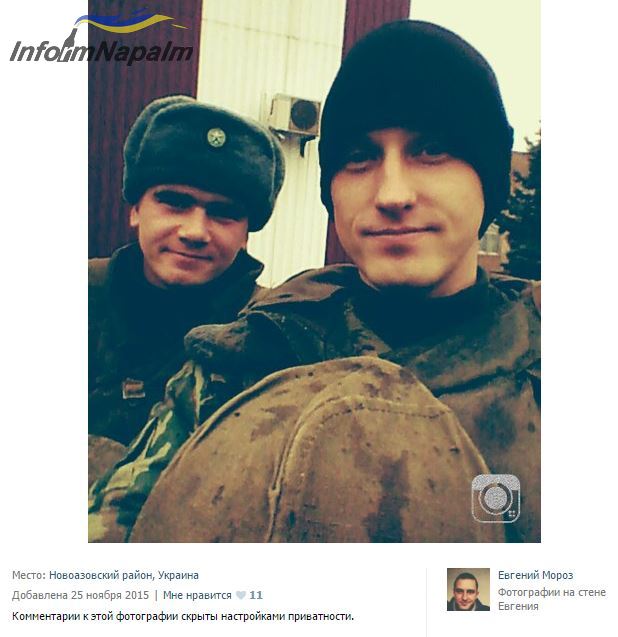 The last pictures of Yevgeny have geotags which point at the area of Krasnoarmiyske village in Novoazovsk raion, and this may indicate the presumable location of 2B16 artillery guns.

The satellite map of Krasnoarmiyske – Kulykovo – Oktyabr area demonstrates the tracks left by heavy equipment, there is also a picture of how two tanks enter the territory of two hangars. 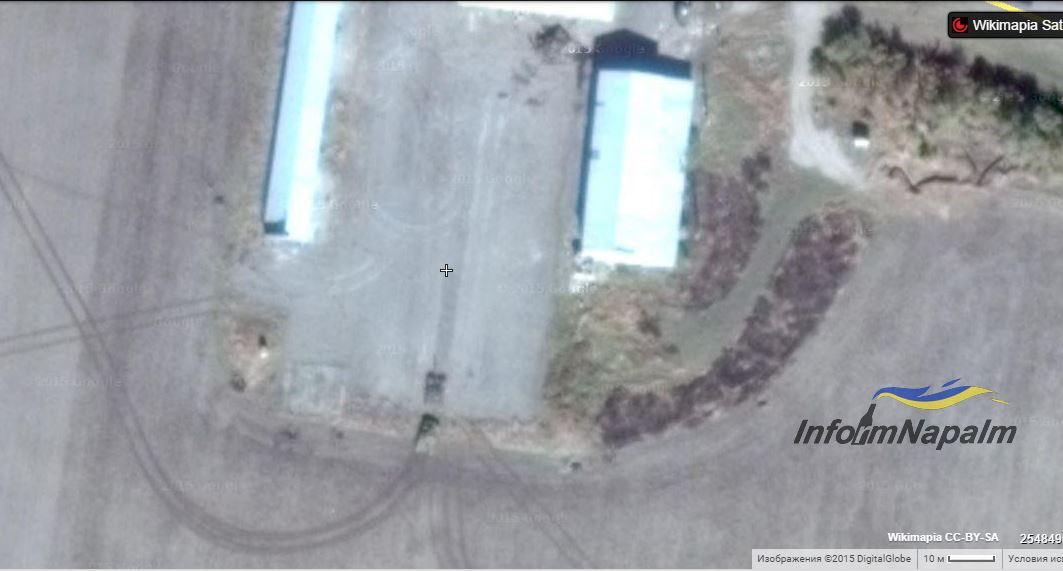 Those hangars found by us look like the ones where 2B16 guns were registered. Those hangars are located on a distance which is not more than 10 kilometers from the contact line. The fact that the equipment has not been withdrawn is also confirmed by the picture uploaded on November 20, 2015, which shows militants during a field raid. 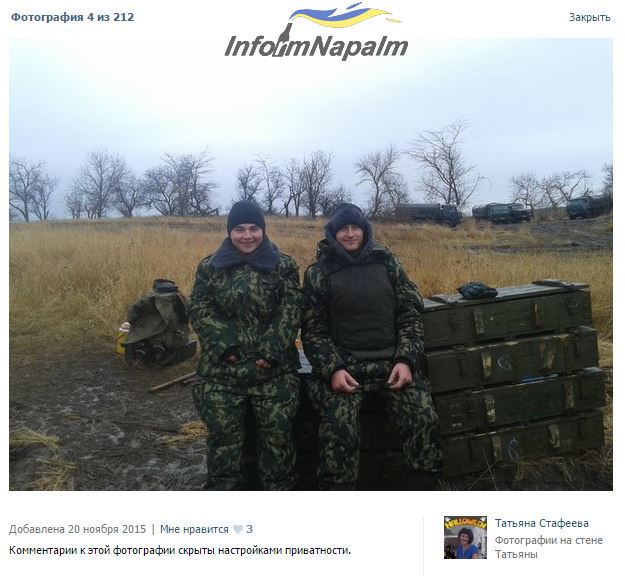 The deployment of the guns and ammunition is conducted with a help of three ‘Mustang’ type armored KamAZ trucks and one Ural truck. These vehicles and the number of available ‘Nona-K’ mortars only confirm that this type of weaponry and equipment is supplied by Russia through the so-called ‘military store’ of Putin and Shoigu. 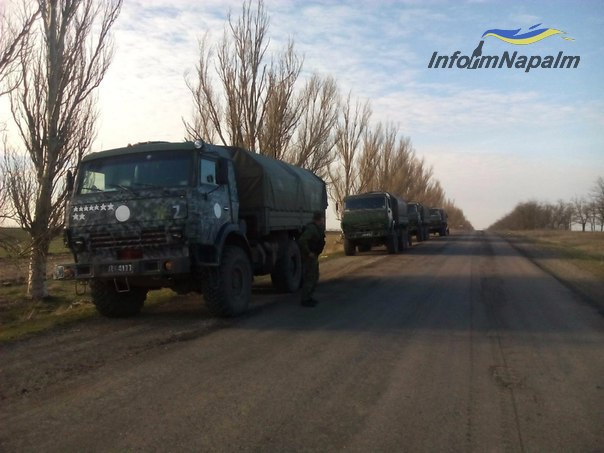 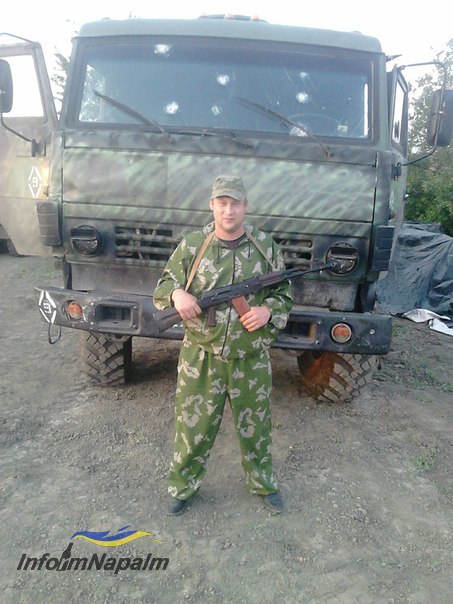 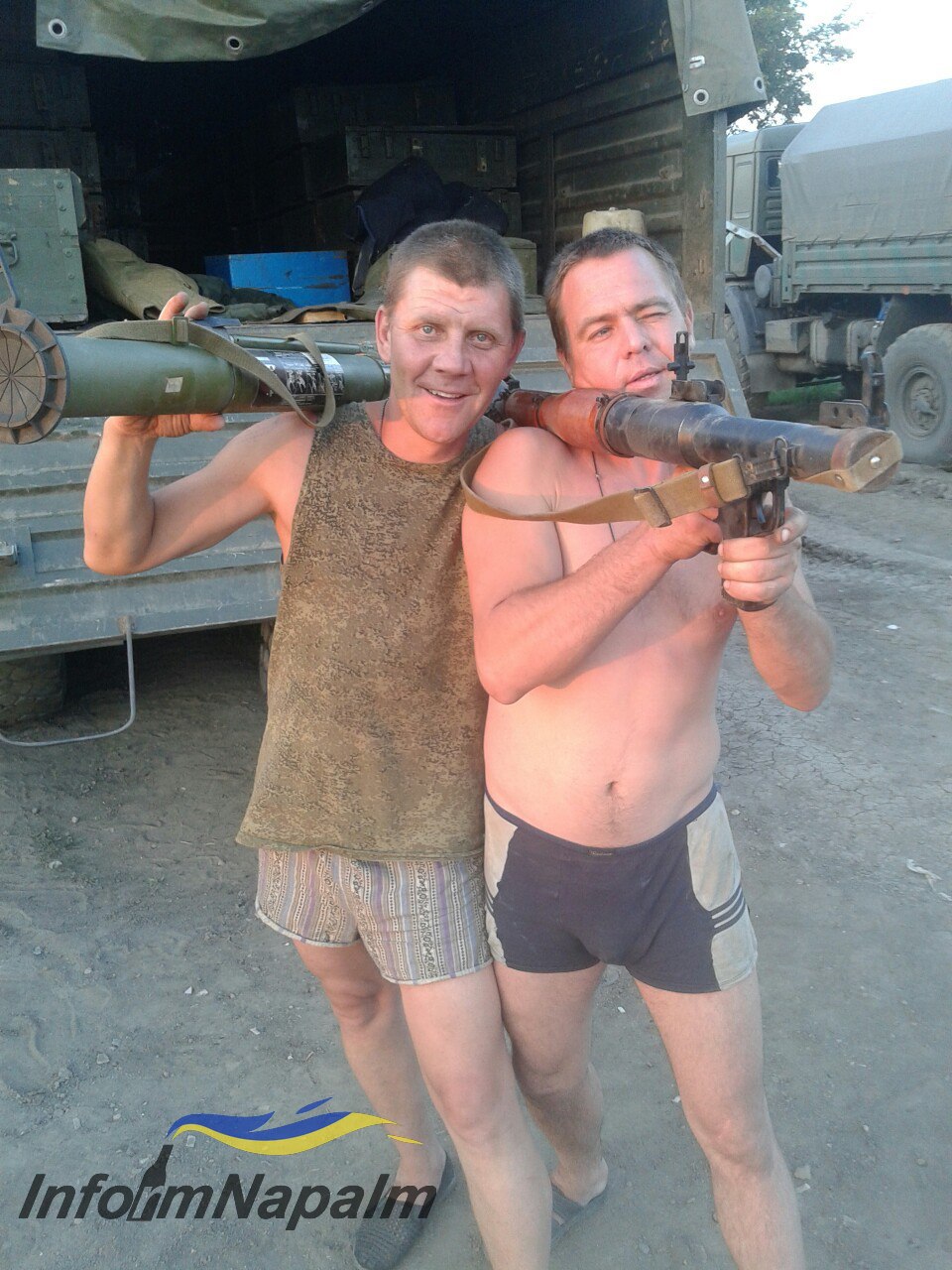 Since the OSCE has no photo- or video-registration of the 2B16 ‘Nona-K’ guns withdrawal, the InformNapalm community assumes that the equipment is located at the same places, where it was registered in October, 2015. Based on the information above we urge the special monitoring mission to inspect hangars in the mentioned localities of Krasnoarmiyske – Kulikovo – Oktyabr villages.

Note: The Ukrainian army has no more than two ‘Nona-K’ 120mm mortars. On September 3, 2014, the local residents of the Luhansk Oblast noticed a column of military equipment containing 25 items including Ural and KamAZ trucks pulling 7 ‘Nona-K’ guns. Besides that, the usage of 2B16 units by the ‘DPR’ forces was registered near Ilovaysk in August of 2014. Two items of this weaponry were destroyed in Yasynuvata in August of 2014. A battery consisting of three 2B16 ‘Nona-K’ 120mm units belonging to ‘DPR’ forces was registered during the hostilities near Debaltseve. However, none of the above mentioned facts was reflected in the OSCE mission reports, besides registering the convoy of trucks, which were transporting the 2B16 guns to Luhansk on February 2, 2015.