Oil Smuggling for the Black Sea Fleet of Russia: The “Dream” Pointing at Medvedchuk? 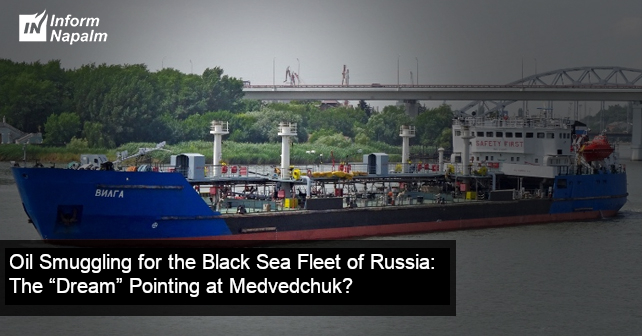 On August 10, the office of the Prosecutor General of the Autonomous Republic of Crimea issued a warrant to search the ship called MRIYA (“Dream”) in Kherson. The office claims that in June 2015, this same ship under a different name, Vilga, supplied fuel to the units of the Black Sea Fleet of the Russian Federation in Sevastopol. The crew is suspected in oil product smuggling.

The MRIYA tanker (IMO: 9109811, MMSI: 272791000) is in the international ship register. According to the data from the MarineTraffic site, at the moment, the ship os located in the Kherson docks. However, it has an interesting history. The AIS log shows the following names and flags of the ship:

We can, however, find the information about the ship where the owner is named as Felina Development Lp, and the Russian VAT Marshal Ship Company is named as an operator.

The register of the ships belonging to Ukraine Felina Development Lp is named as a Ukrainian company. 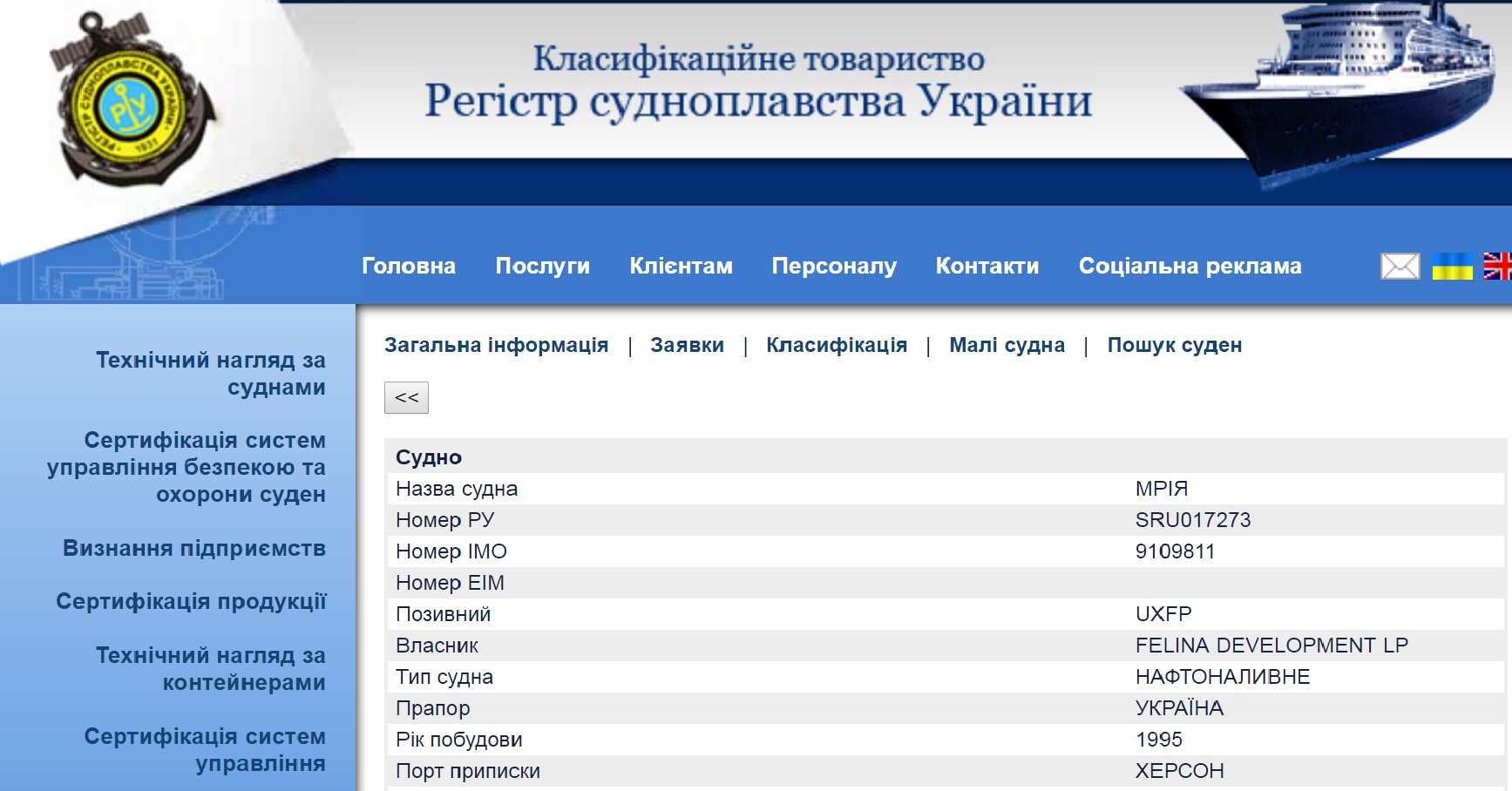 According to the British ship register, however, the company with the same name is registered in Edinburgh. 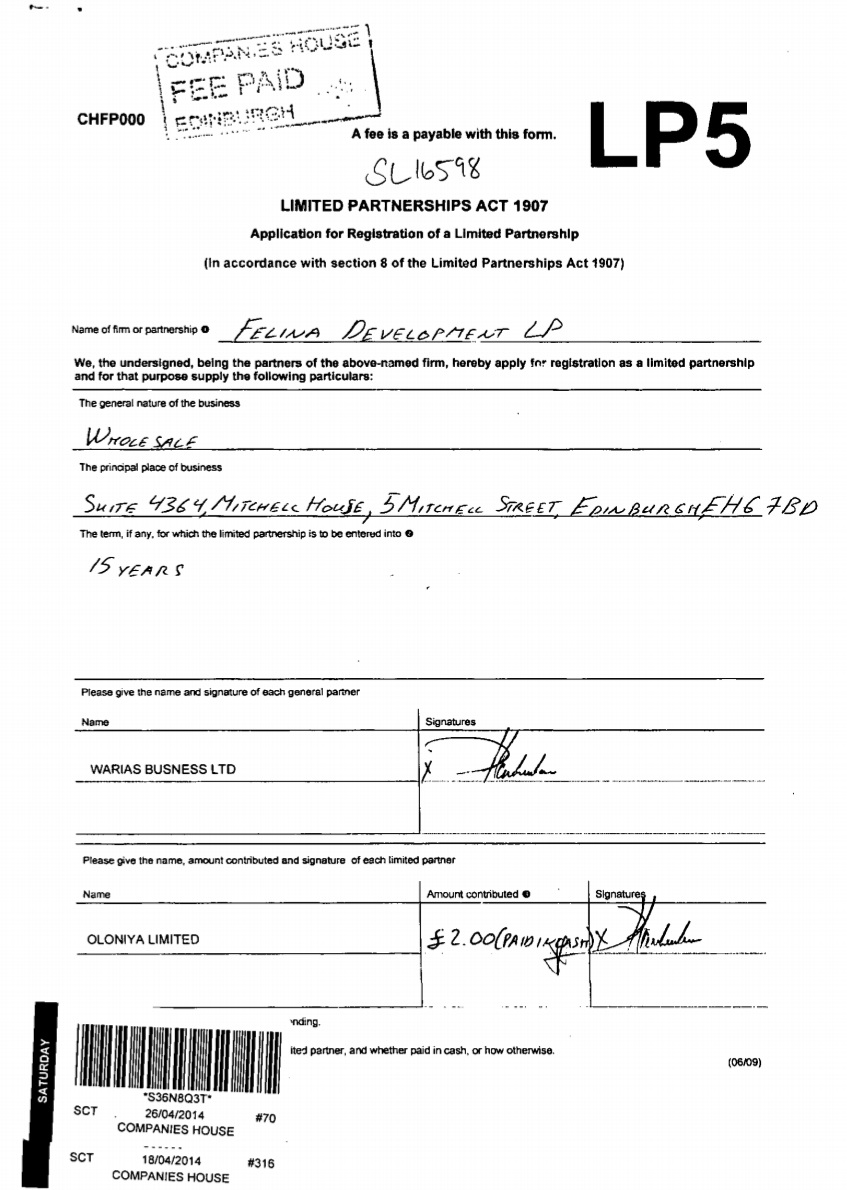 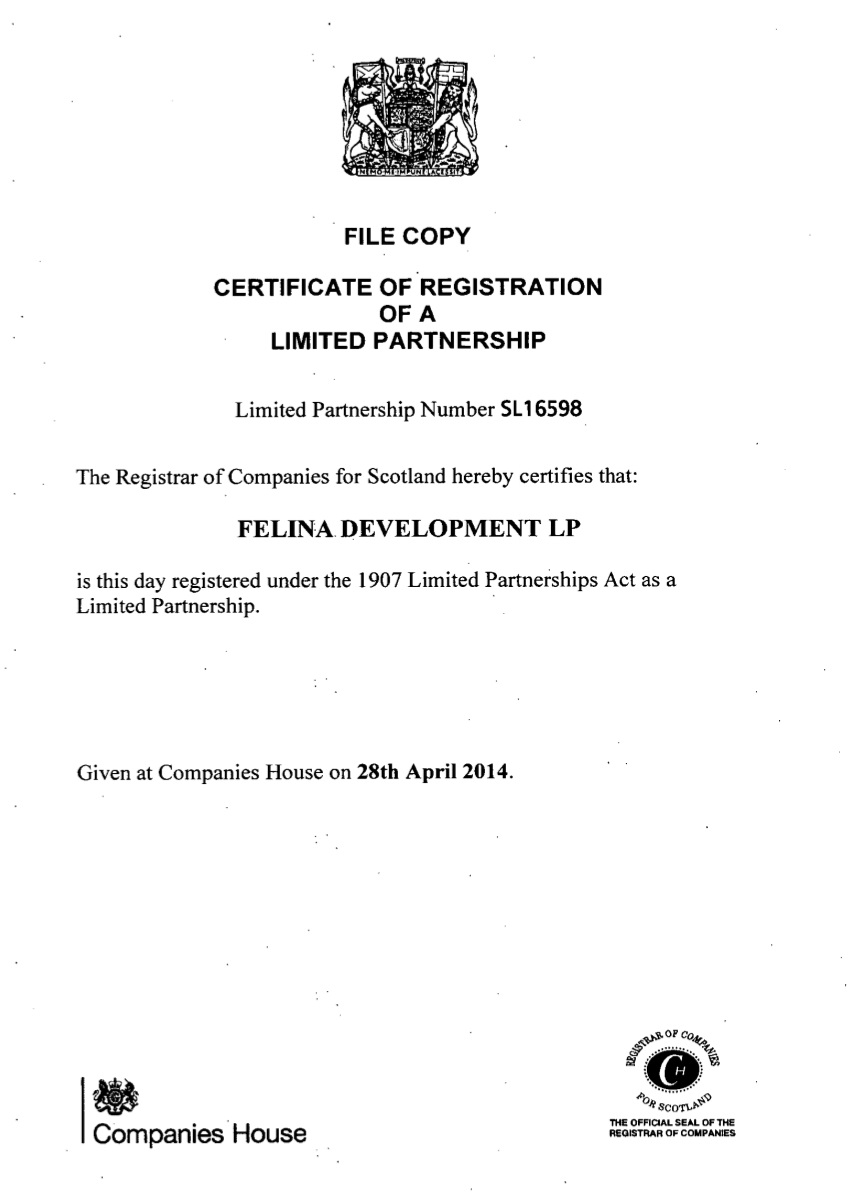 This company is registered as a property of Petro Belz. The register has his place and name of birth. 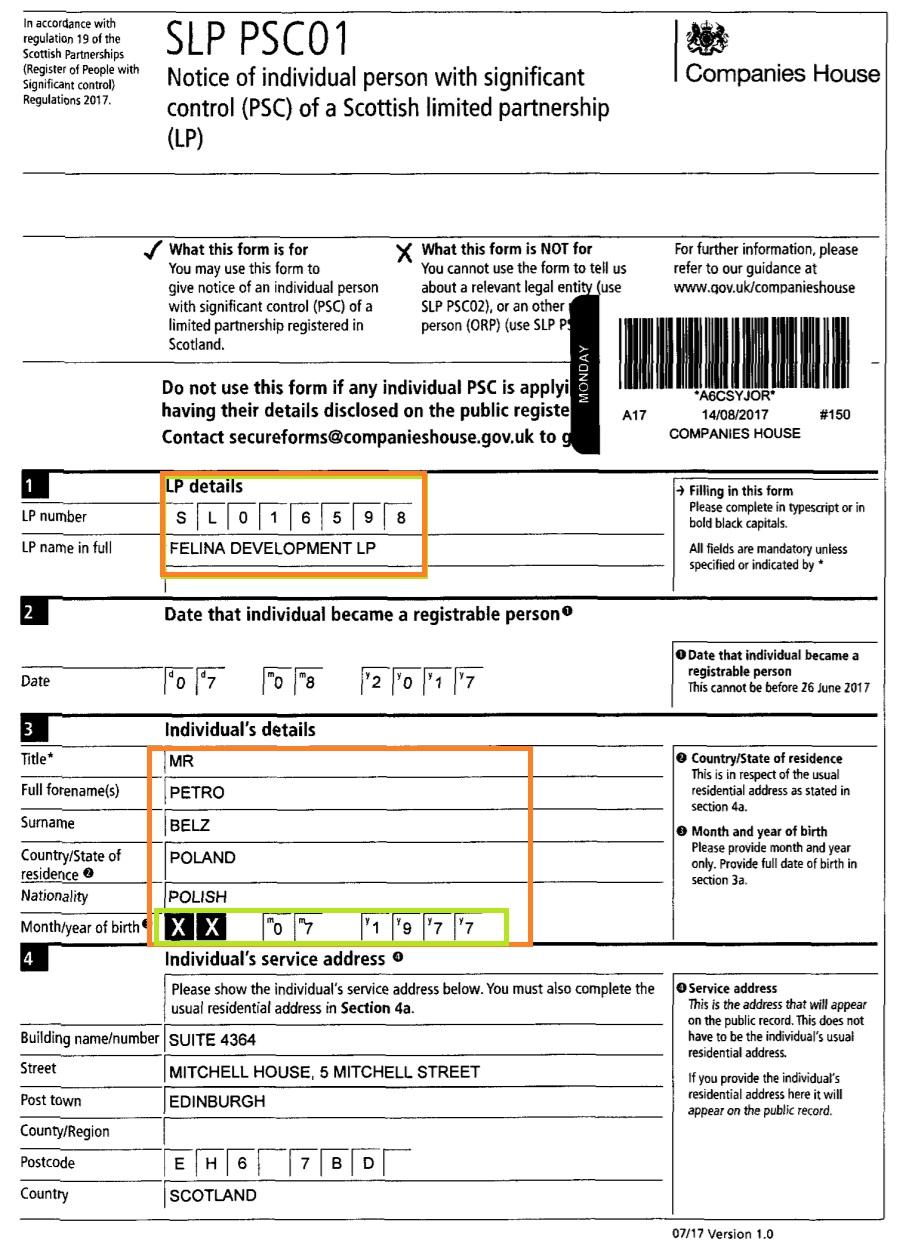 The same name, Belz, is mentioned also in the Ukrainian registers. It is, most likely, the same Petro Pavlovych Belz, as can be accurately judged from the place and time pf his birth. 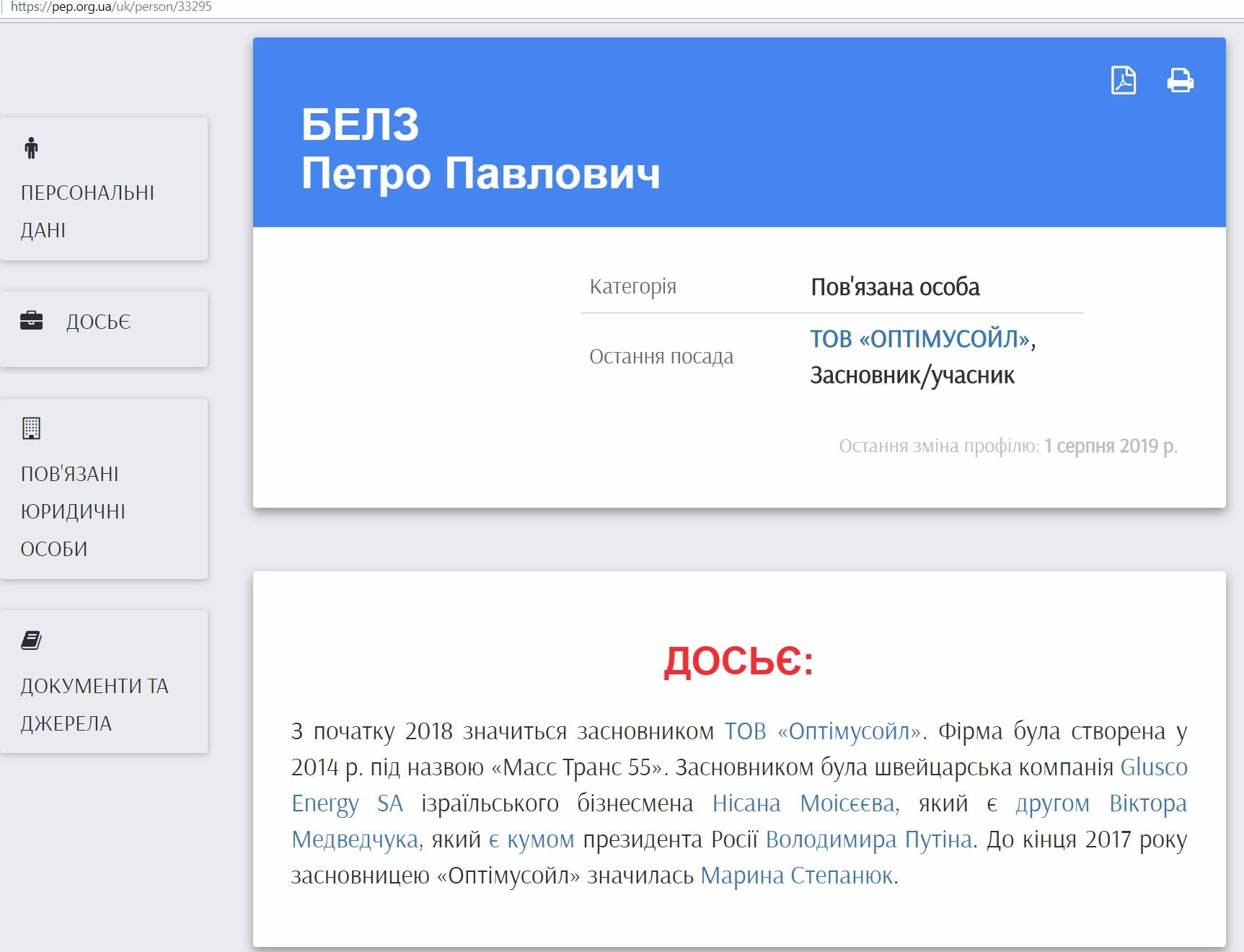 Petro Belz is an outstanding person. The project called “Our Money” has more material to read about the link between Petro Belz and Viktor Medvedchuk.

The following organizations are registered in Ukraine as belonging to Petro Belz : 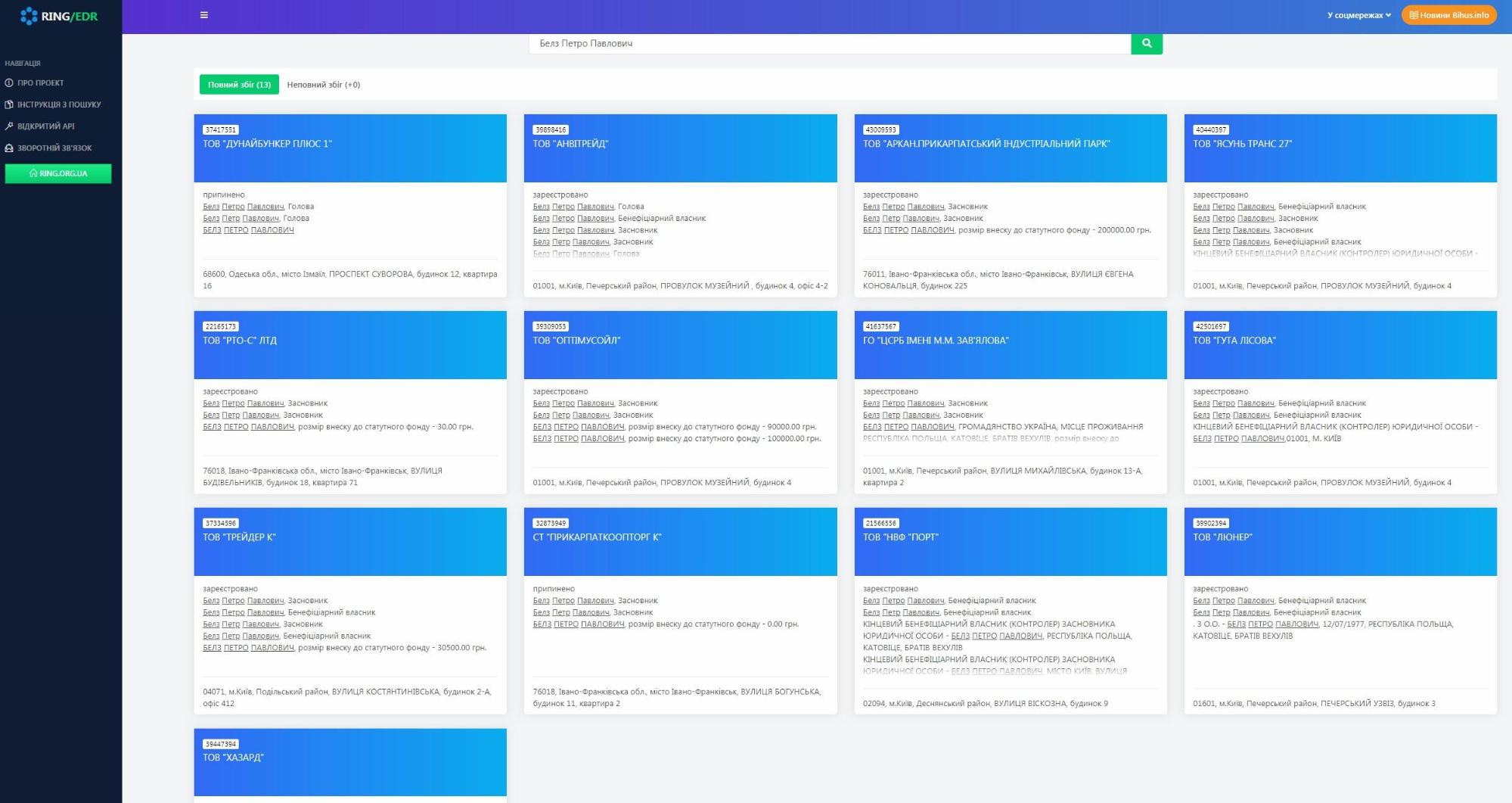 If one looks carefully at their activity, one can see that only one of them – the ANVITRADE company – managed to close 12 deals with the Ukrzaliznytsya company with the total cost of 4.6 billion hryvnyas, as reported by the site DOZORRO.

Because the office of Prosecutor General of the Autonomous Republic of Crimea and the Security Service of Ukraine are charging the ship in illegally supplying oil products to the occupied Sevastopol for the Black Sea Fleet of the Russian Federation as early as in June 2015 (meaning, one year after the annexation of Crimea and the beginning of the war in the Donbas), the above documents can at least partially shed some light on those who were behind this business scheme.

Even more interestingly, on August 13 the Kherson municipal court rejected the application of the Security Service of Ukraine and the office of the Prosecutor General of the Autonomous Republic of Crimea about the arrest of the ship. Isn’t it because the beneficiary of the business scheme is a person who is considered untouchable in Ukraine?

How really blind is the Lady Justice of Ukraine? Is she making her decisions on behalf of the people of Ukraine based on the laws of Ukraine, or are these decisions serving the interests of Viktor Medvedchuk and the Russian Federation? All these questions remain open.

No Responses to “Oil Smuggling for the Black Sea Fleet of Russia: The “Dream” Pointing at Medvedchuk?”