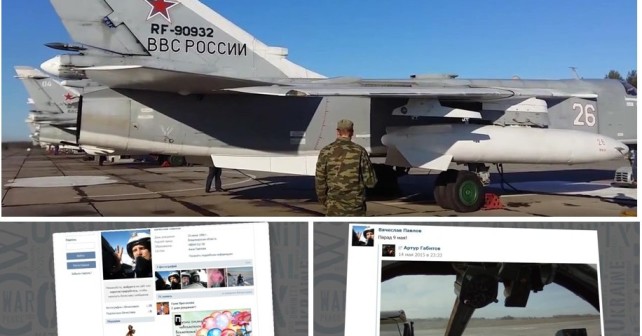 We are keeping an eye on the Russian terrorist activities in both Ukraine and Syria. We have already published some personal data of the Russian pilots bombing the Syrian cities. In response to the attack on a civil building in Donetsk (Vzletna str., 11a) and other bloody crimes of the Kremlin’s regime, InformNapalm continues conducting OSINT investigations and publishing information about the Russian air forces’ pilots. Today we disclose the data of Su-24M (side number ‘white 26’) aircraft’s crew which takes part in airstrikes on the Syrian opposition.

In the beginning of October, RT channel published a video clip with the Russian Su-24M bomber with side No. ‘white 26’ (tail No. ‘RF-90932’) registered on russianplanes.net (archive). The bomber belongs to the 6980th guards aviation base of the 1st class (military unit No. 69806, Chelyabinsk, Russia), the aviation group is based on Shagol airfield.

Here is the crew of this aircraft:

Note: during the process of the preparation of this material for publication, Pavlov’s page was removed. It looked like Katerina Yaresko’s announce on facebook about the coming disclosure of the Russian terrorist pilots was reason for this. 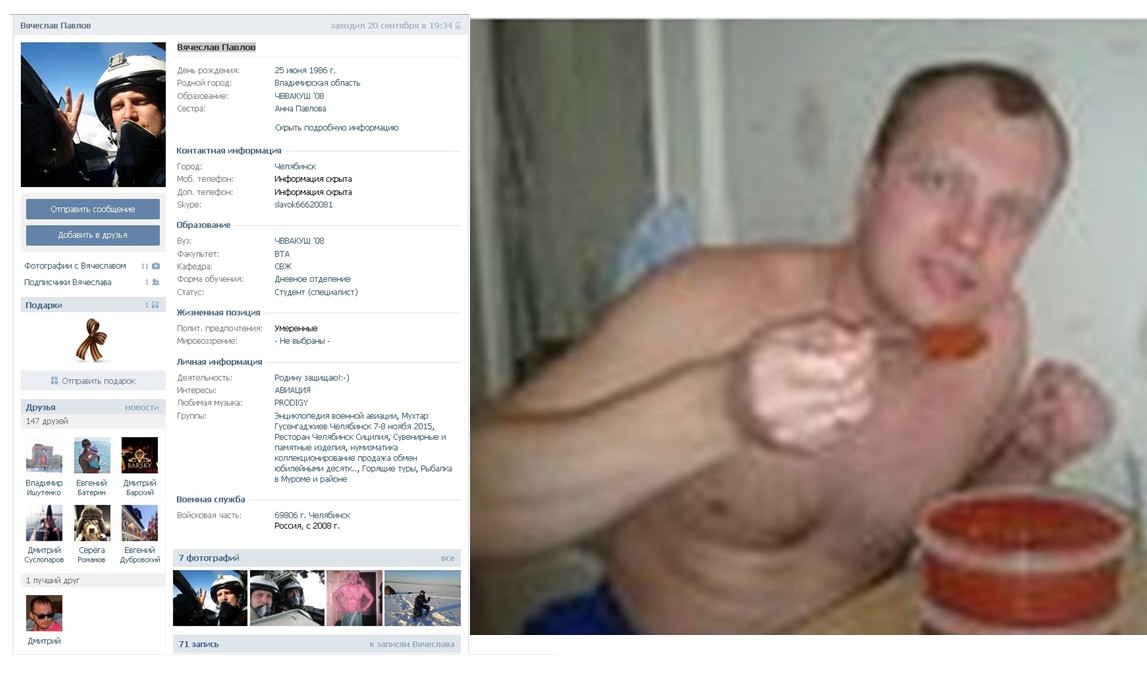 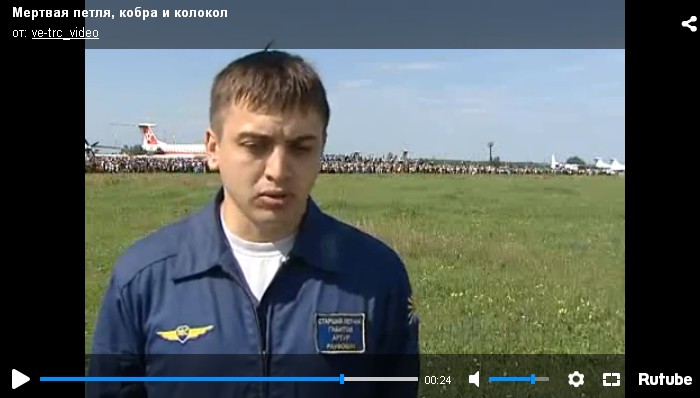 A group photo of crew pilots of the Su-24M aircraft with side No. ‘white 26’ – V. Pavlov and A. Gabitov (from Pavlov’s photo album): 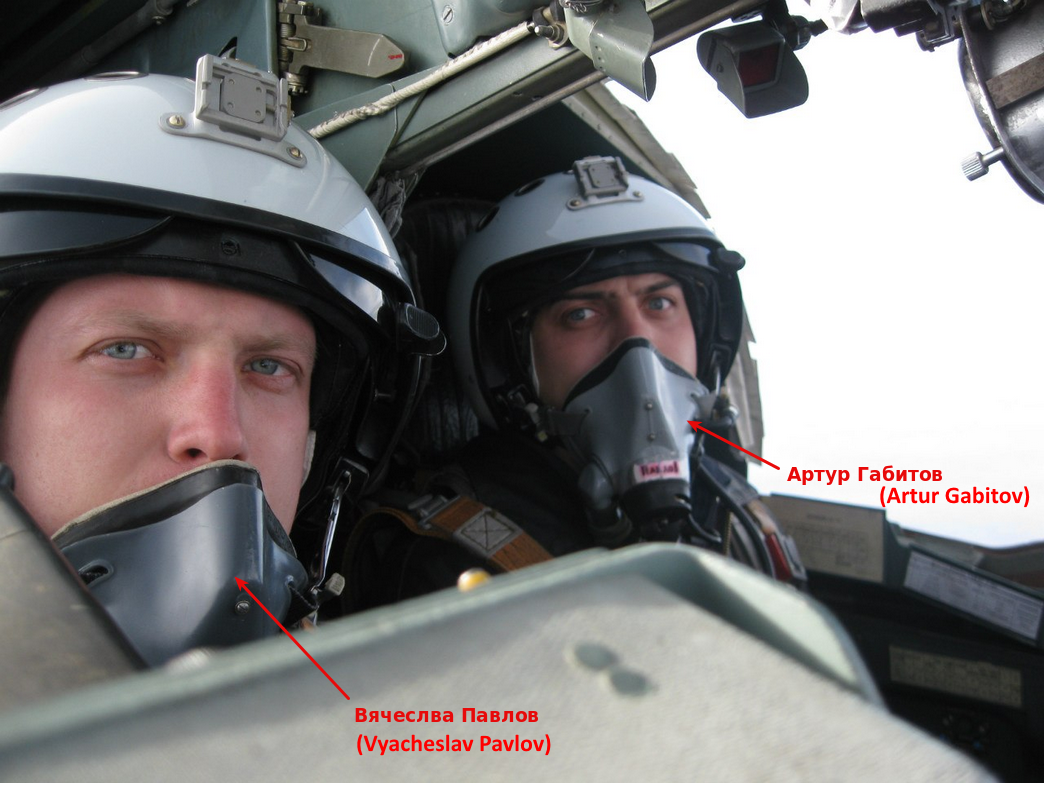 We would like to mention that the Russian pilots (as well as other Russian servicemen) do not think about the consequences of their actions and upload photos and videos with restricted information. In particular, we found a slide with the call-signs for the 7th channel (‘PLAVNIK’ [Fish fin]) and for the 8th one (‘UDAR-67’ [Strike-67]) in V.Pavlov’s album. 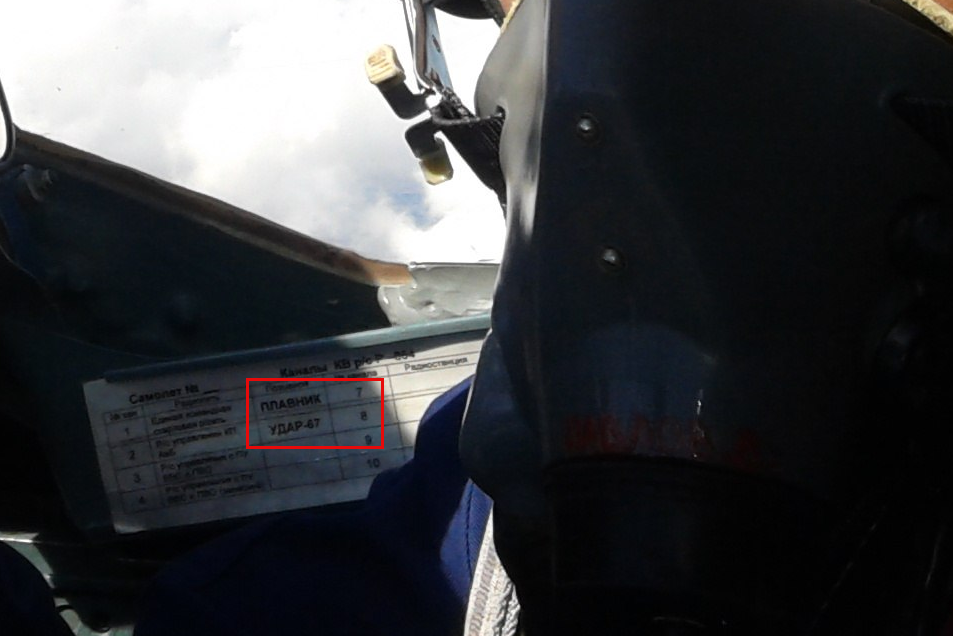 The disclosure and identification of the bomber pilots from the 6980th aviation base as well as linking them to Su-24M with side No. ‘white 26’ was possible thanks to this video (already removed). It was edited by the second pilot A. Gabitov and dedicated to the ‘Victory day’ parade on May 9, 2015. The same video was uploaded on Pavlov’s page too. Since VK profiles of both Su-24M pilots are already deleted, the video is available on InformNapalm’s video channel:

P.S.: It should be noted that InformNapalm team began to receive threats from the Russian occupants’ accessories after publication of the “War in Syria. Russian Reporters Continue Disclosing the Killer-Pilots’ Names” article. Unlike the internet bots and armchair warriors, we do not pose threat – we find and point out trolls their informational vulnerability (please refer to the screenshot with a simple example of the comments’ moderation under the mentioned article). We thank our colleagues from ‘Myrotvorets’ center for operability in identification of the provocateur and FSB-agent, who is now listed in the ‘Chistilishche‘ [Limbo] database of criminals and their aiders.