Permanent base of Russian mercenaries in Syria is discovered (photo) 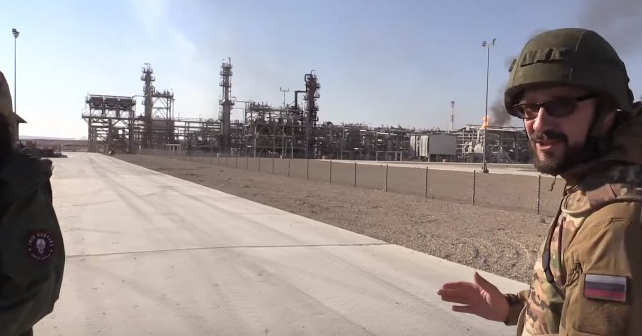 Russian mercenaries from Wagner private military company are based on the outskirts of Hayan Petroleum Company gas processing plant. This is a conclusion reached by volunteers of InfromNapalm international intelligence community who found new photos of mercenaries and performed geo-positioning of the images.

When the dead can tell more than the living

On September 5, 2018, the Moldovan news website AVA.MD published an article about a Russian mercenary Vladislav Ivanovich Apostol, a call sign Volk, who held a dual Russian and Moldovan citizenship. He was a member of a Russian squad that tried to storm the CONOCO gas processing plant on February 7, 2018 and was killed by precision strikes by the US air force drones.

Attention of the InformNapalm team was drawn to one of Vladislav Apostol’s photos. 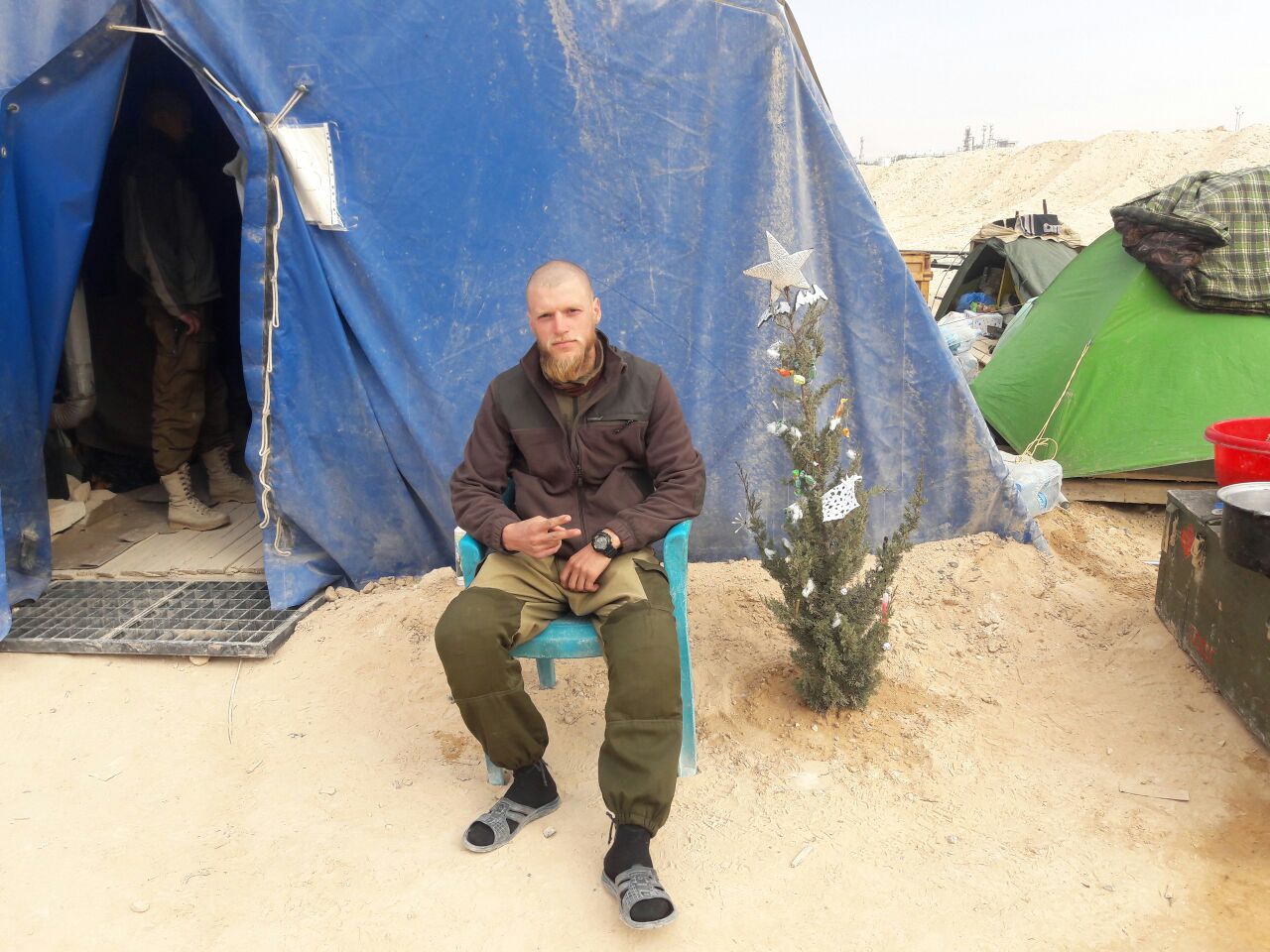 Judging by the decorated and watered Christmas tree, we can assume that the photo was taken in early January, about a month before the mercenary’s death.

In the background, the pipes and reservoirs of an oil and gas plant are visible. 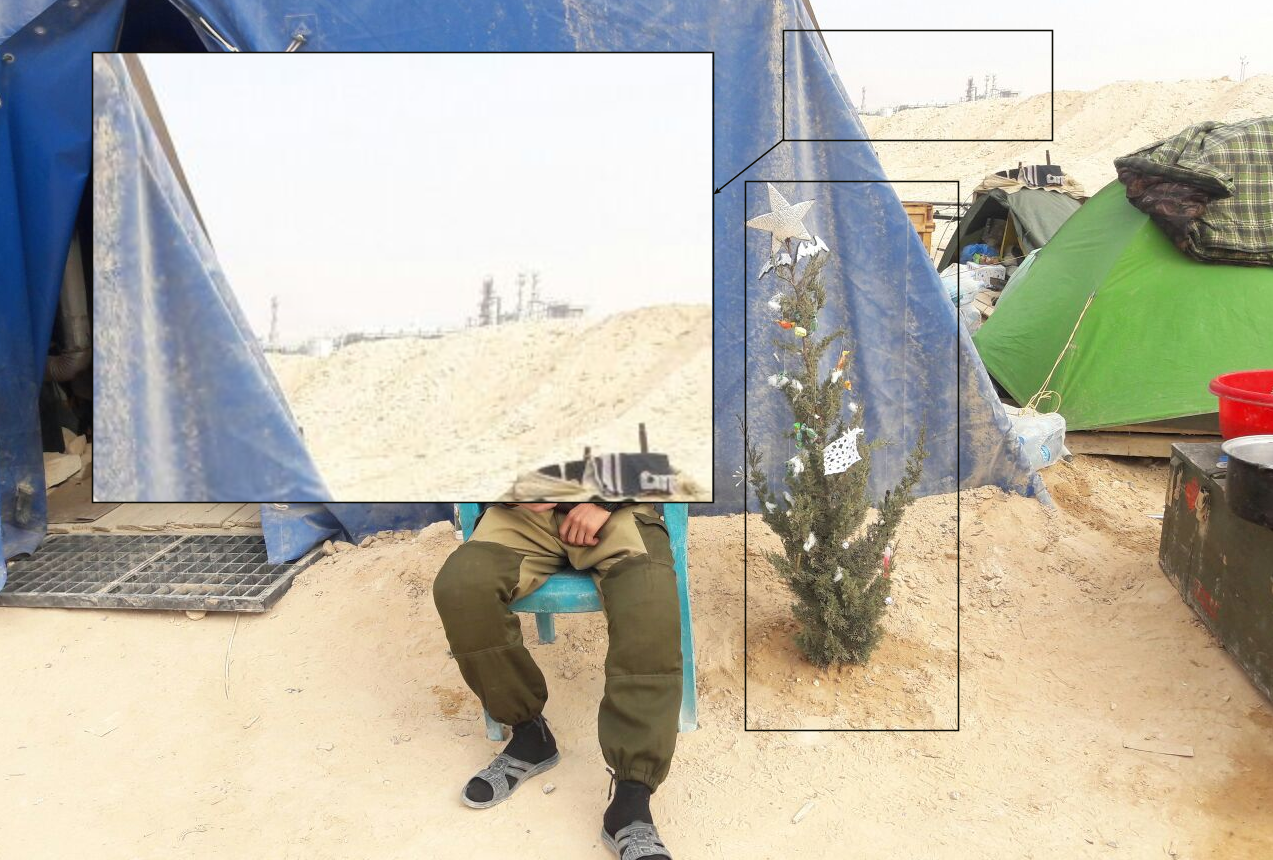 InformNapalnm volunteers performed geo-positioning and determined the place where the photo was taken: to the north-west from the Hayan Petroleum Company plant. To help with the identification of the place, a video filmed by the Russian propagandists was used. 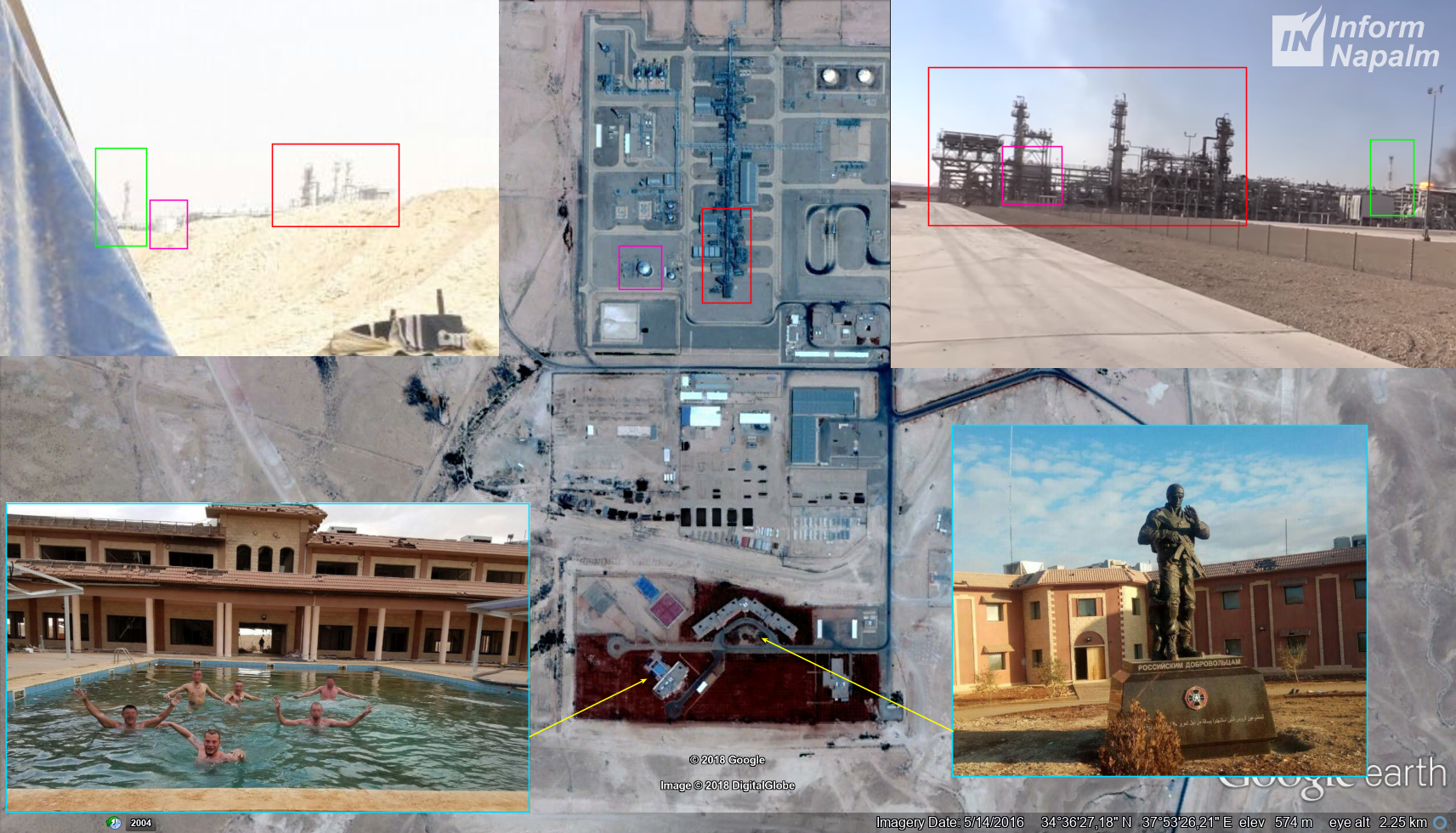 Interestingly, earlier, in the territory of this plant, another group of Wagner mercenaries was registered, including the infamous Russian neo-Nazi mercenary Alexei Milchakov who also participated in the war in the Donbass on the side of the Russian troops. In addition, in front of the plant main building there is a monument to the mercenaries of Wagner PMC. 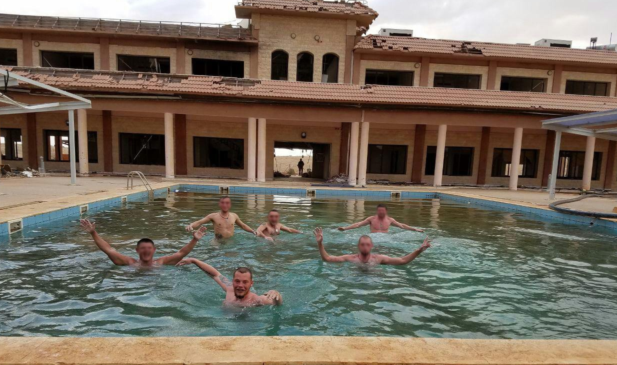 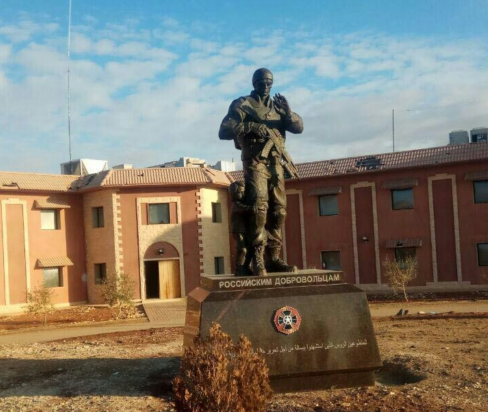 There is another piece of puzzle: on July 8, 2018, a Russian Evgeny Shapovalov (profile, albums) was photographed standing next to a construction truck in the vicinity of the same plant. He posted the photo (archive) in his album called “Work”. The photo’s coordinates are: 34.60782200, 37.89565300. It’s unclear what exactly the Wagner team builds at their base using construction cranes. 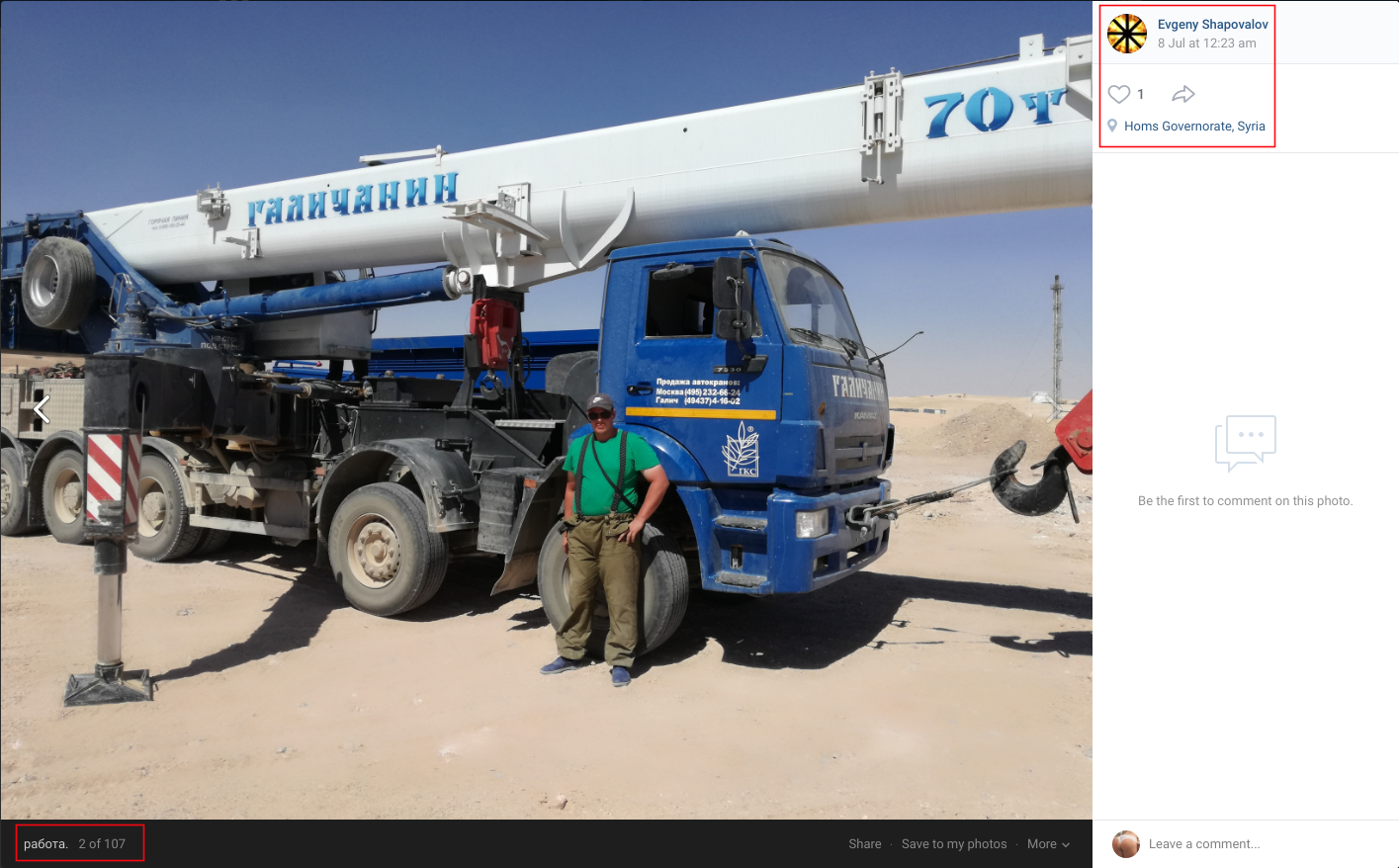 Another Yevgeny Shapovalov’s photo indicates that he and his colleagues were transported to Syria on boad of an IL-76 aircraft of the Russian military transport aviation. Photo was taken in the cargo area (archive). 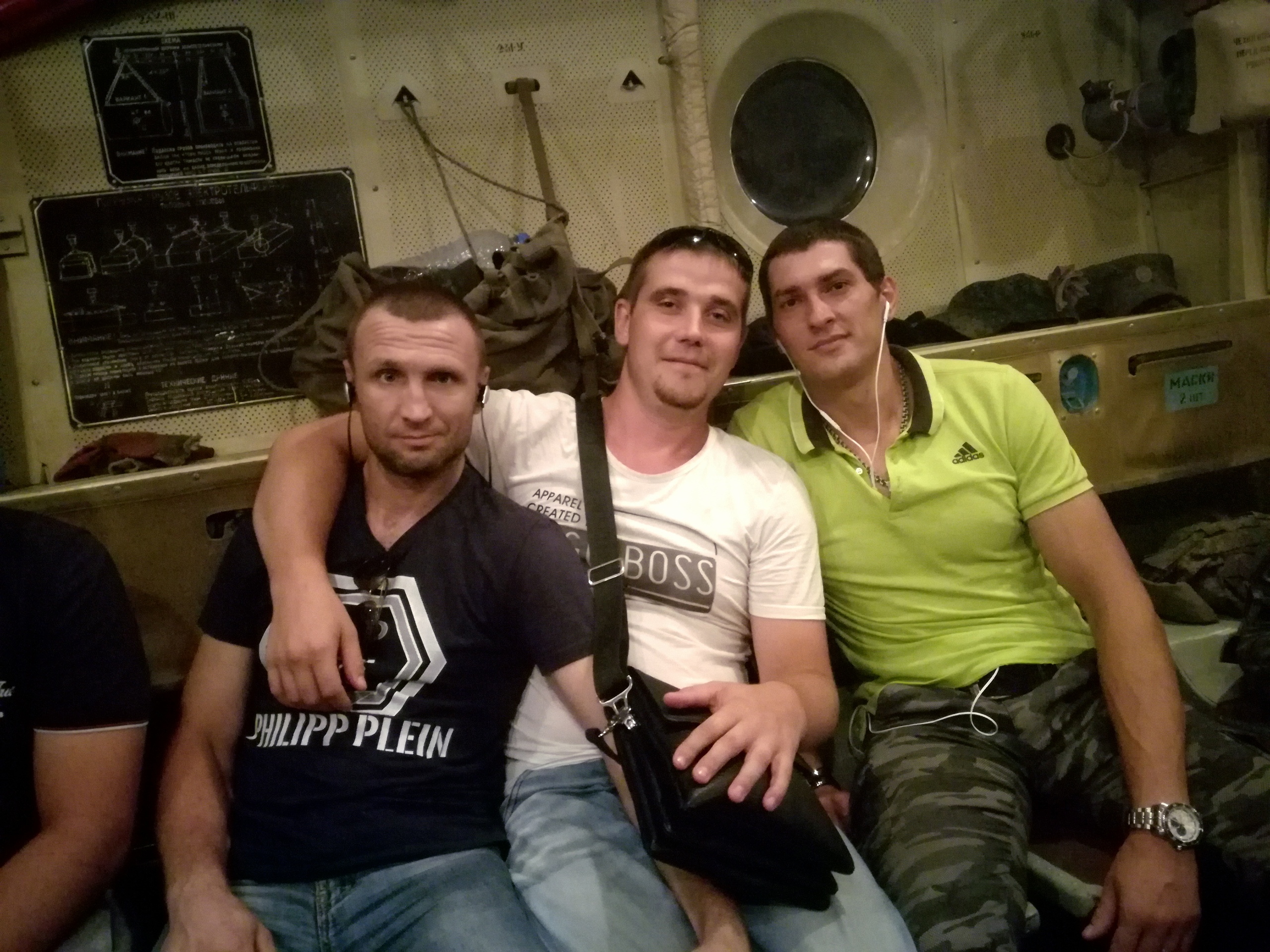 Using the newly found photographs, we have discovered a group of mercenaries from Wagner PMC in the vicinity of the gas processing plant of Hayan Petroleum Company who use the territory of the plant as its permanent base.

By Mikhail Kuznetsov specially for InformNapalm.

Distribution and reprint with reference to the source is welcome!