Ration of Russian 74th Brigade during its “Rostov-Ukraine” missions 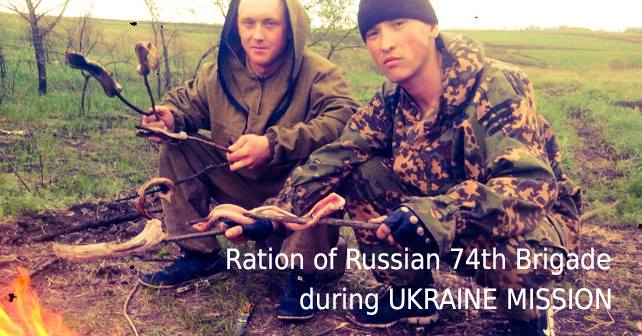 We identified Russian soldiers of the 74th Separate Motorized Rifle Brigade, who received the combatant status after the so-called Rostov-Ukraine trips in 2015.

The 74th Separate Motorized Rifle Brigade of the 41st Army of the Russian Armed Forces (military unit 21005, Kemerovo Oblast, Yurga, Central Military District) has repeatedly attracted attention of the InformNapalm international intelligence community. Based on the data we obtained, a battalion tactical group (BTG) of this military unit participated in the fighting in the Donbas in the summer and fall of 2014. Later, some of its soldiers joined the illegal armed formations of “Novorossia”.

In November 2014, InformNapalm published the photographic evidence of the “Ukrainian trips” of motorized infantry and tank crews from Yurga. In December 2014, we were able to detect the advance of an artillery convoy belonging to a BTG of this brigade from Kuibyshev Raion of Rostov Oblast towards Ukraine. In October 2016, we identified 10 tankmen of this brigade, who took part in the fighting in the east of Ukraine in 2014. In October 2015, we identified a contract serviceman of 74th Motorized Rifle Brigade in the ranks of the “Hooligans” illegal armed formation of the so-called Luhansk People’s Republic.

All our OSINT-investigations are supported with direct or indirect evidence of the participation of Russian troops in the undeclared war against Ukraine. Those are all well-known common features: attempts to look like a “local miner,” non-standard uniforms, unkempt appearance, identification armbands, insignia on the equipment, etc., as well as the geography and chronology of events. And, of course, it is the bragging of Russian troops themselves, most of whom love to boast of photographs “from the south”, awards and certificates of combat veterans.

This publication does not intend to be a groundbreaking investigation, but it confirms the “Rostov-Ukraine mission” of the 74th Brigade in 2015. Bit by bit, we collect the information that can be linked with other evidence to prove Russian war crimes.

We dedicate this material to the birthday of our subject, who in 2015 was a soldier-contractor of the 74th Brigade, with obvious signs of his involvement in a “Rostov-Ukraine trip.” 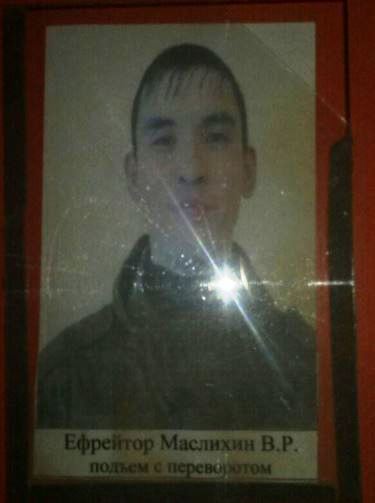 Date of Birth: 02/08/1993. Born in the city of Mezhdurechensk, Kemerovo Oblast. Failed to become an officer, in 2009 – a cadet of the Boarding School of the Cadet Corps of the Ministry of Emergency Situations in Kuzbass. He served in the Interior Ministry troops, first his compulsory service from 2012 to 2014, and then he stayed for the extended service. Since April 2015 he is a serviceman-contractor of the 74th Brigade. 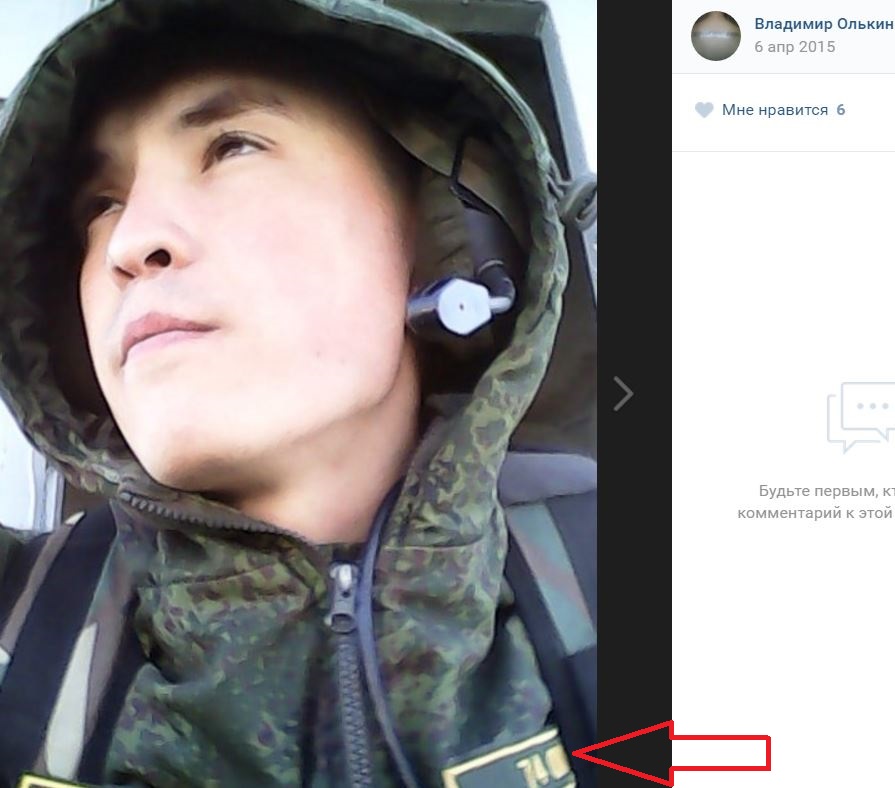 In his photo album for May-September of 2015 there are a lot of photos of Rostov Oblast, including recognizable landmarks of Novocherkassk, as well as photographs from the field, according to the own Maslikhin’s commentary – from “Donetsk”, where our “hero” is posing with a turtle and a barbecue of snakes, apparently trying to diversify the Russian military field rations, which were the primary source of food during the mission that lasted several months. 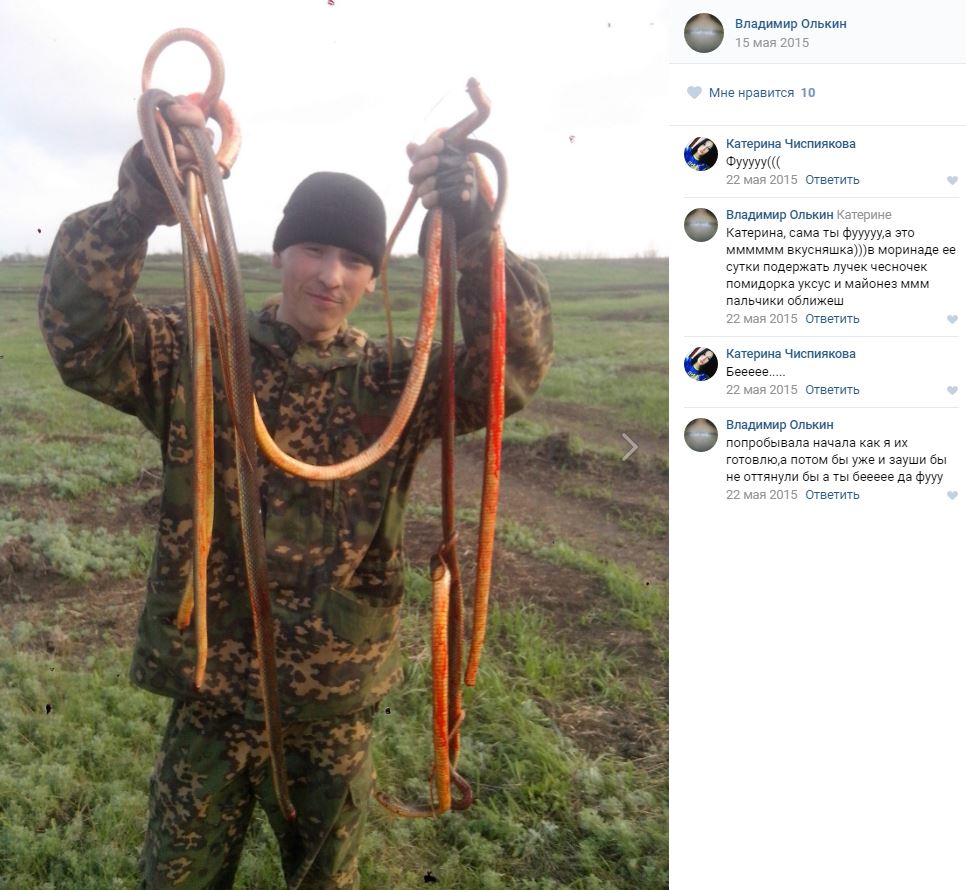 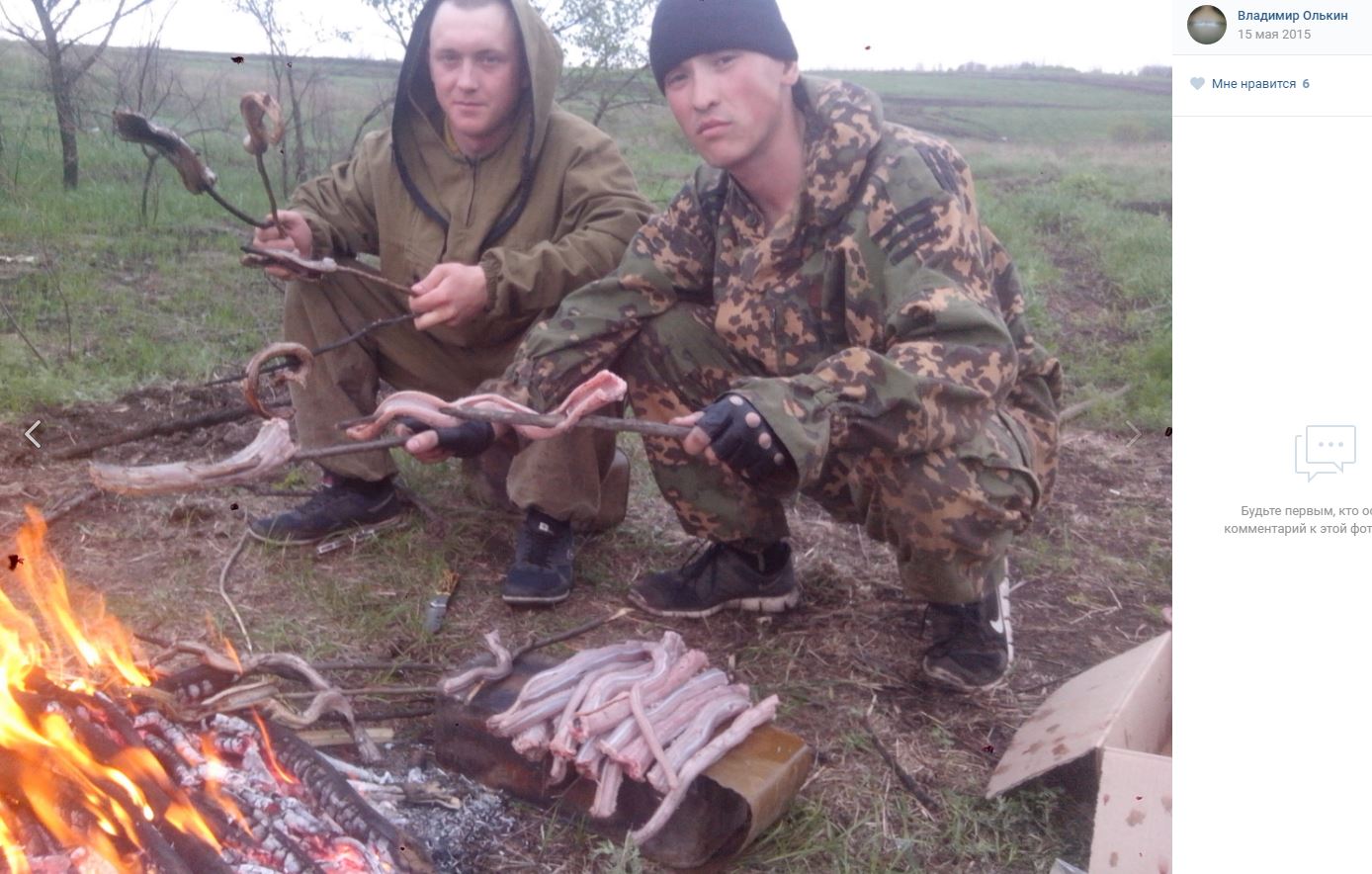 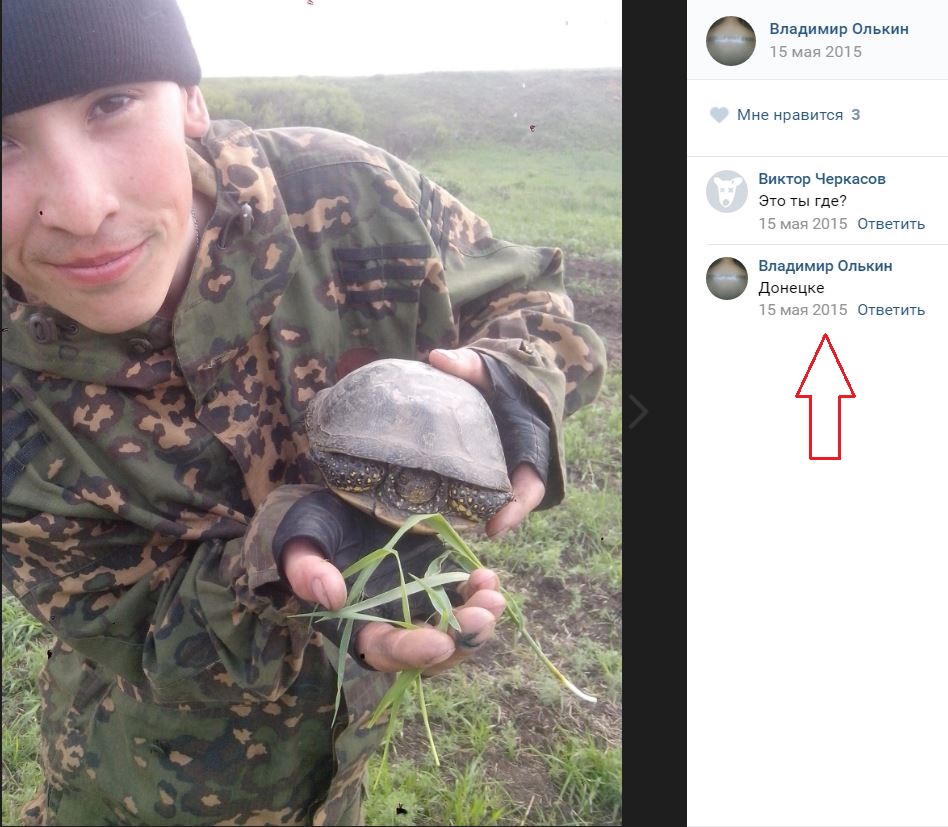 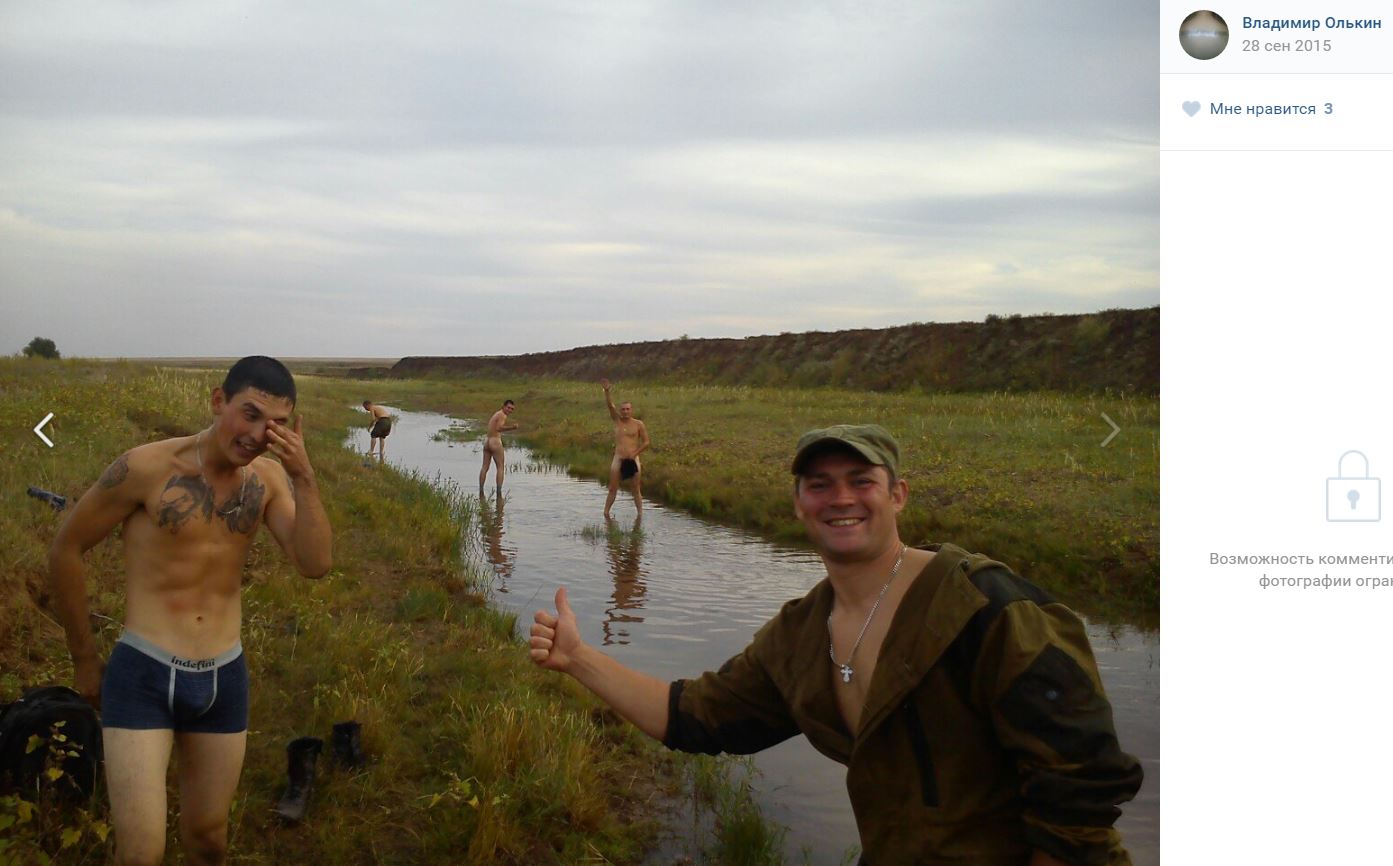 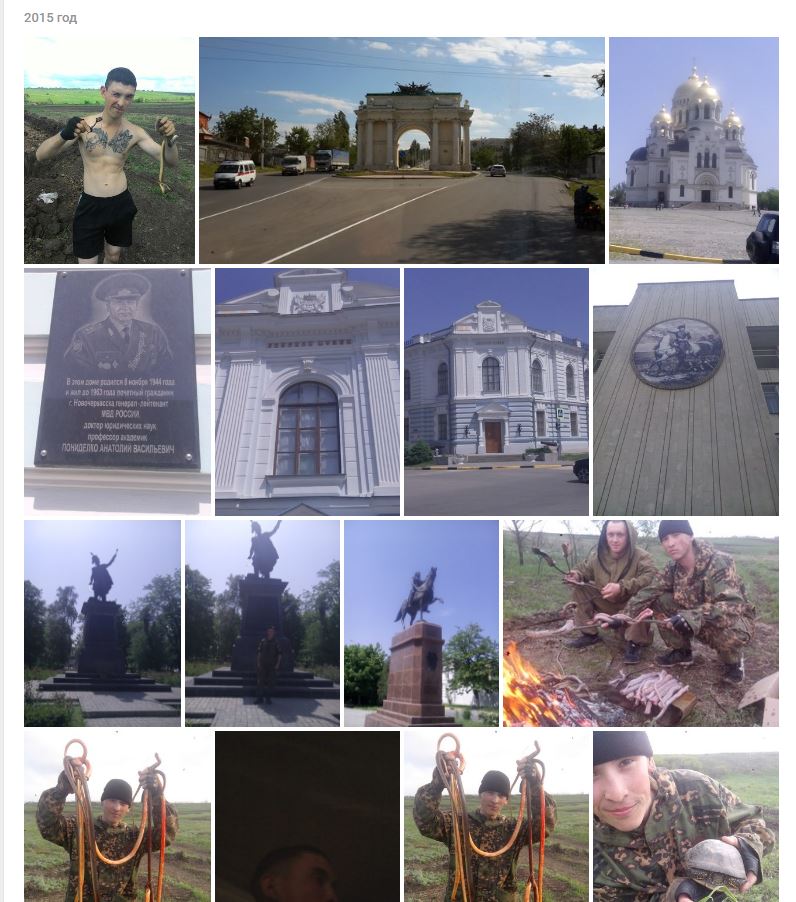 Obviously the skeptics might say that all of the above cannot be taken as a proof. For example, said Ukrainian Donetsk can be Donetsk in Rostov Oblast. But how then to explain the fact that several of Maslikhin’s comrades-in-arms in the 74th Brigade obtained certificates of combat veterans during peacetime? 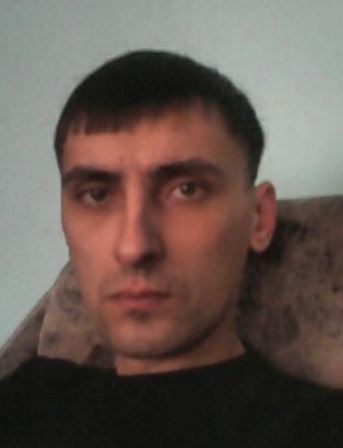 In social networks: VK (archive of the profile, album, contacts). 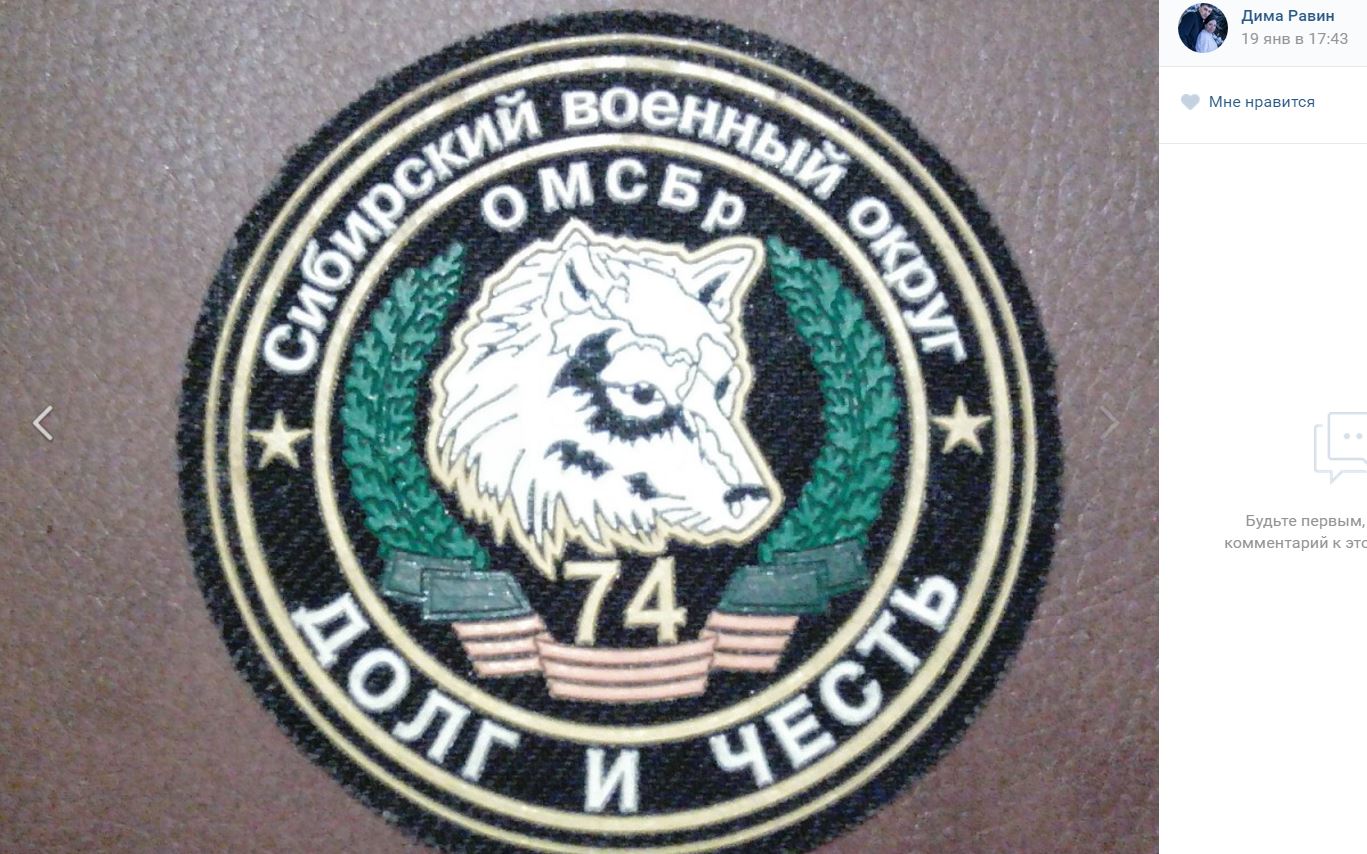 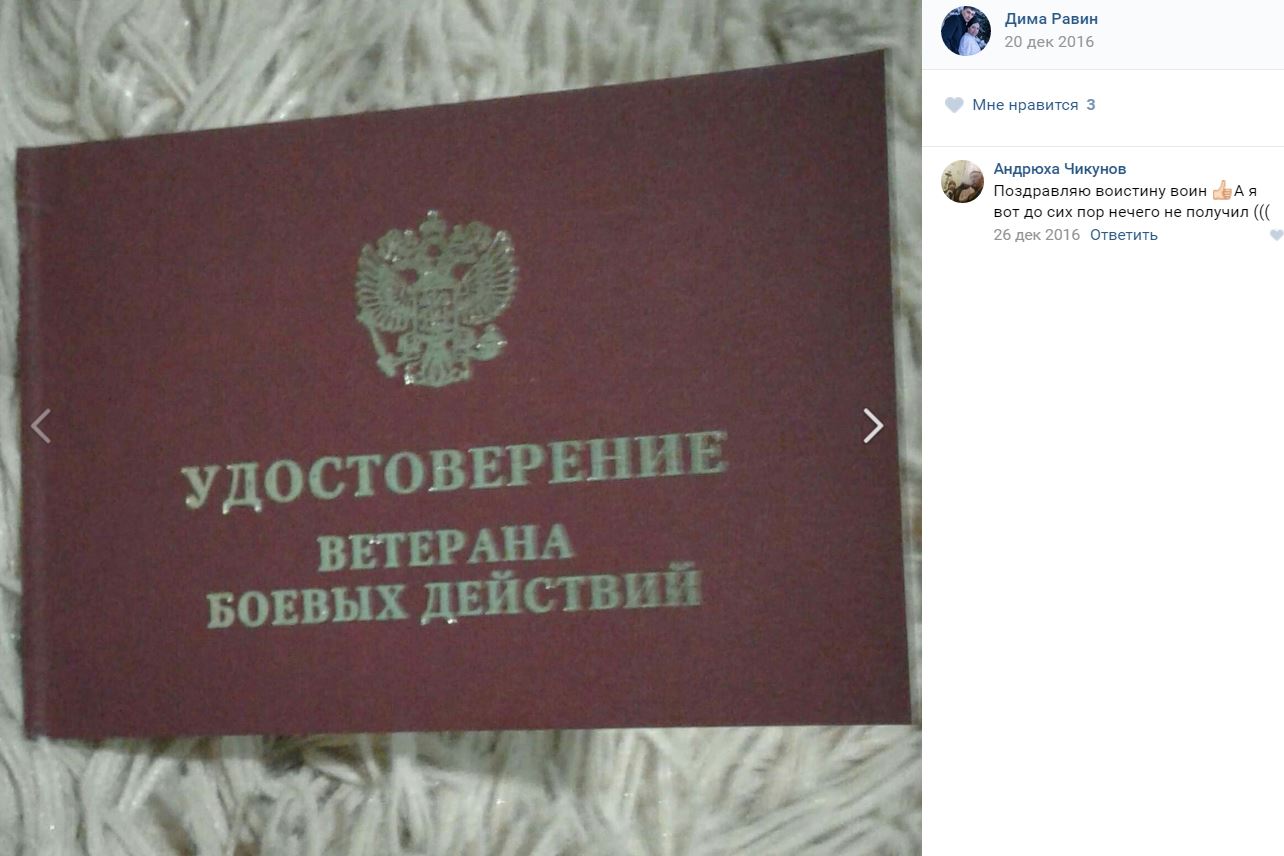 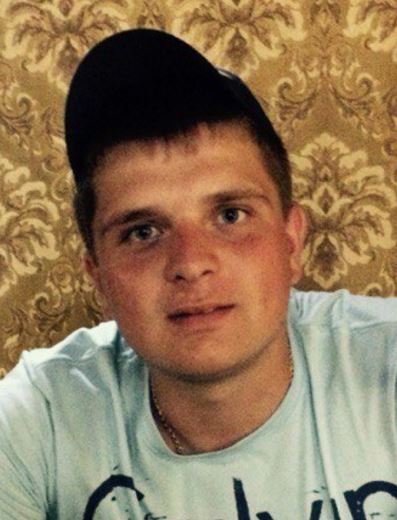 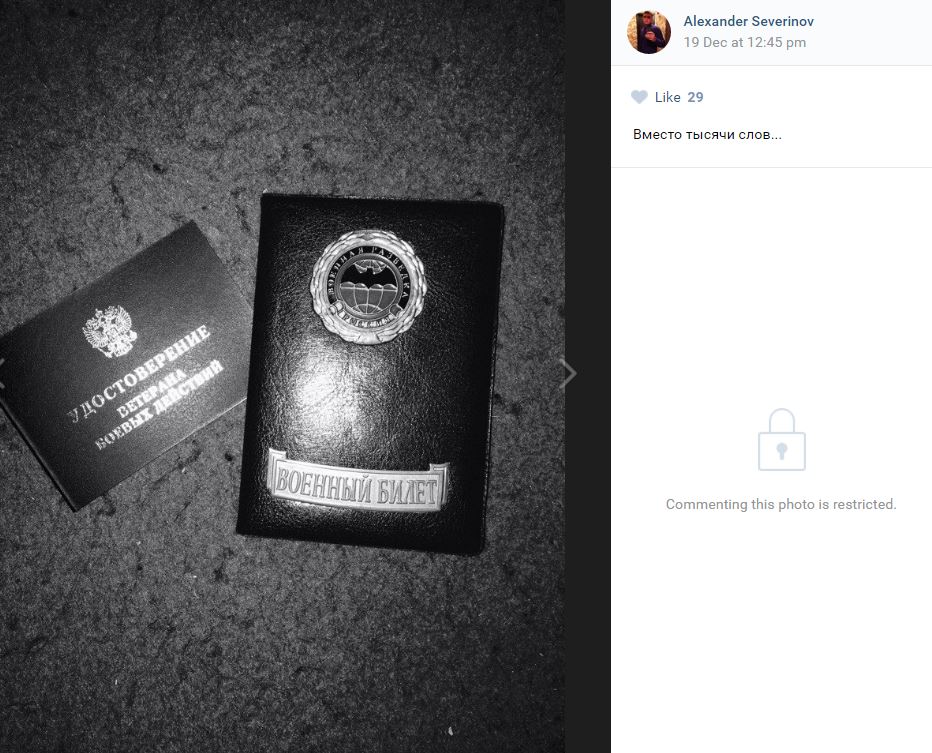 We remind that the 74th Separate Motorized Rifle Brigade has repeatedly attracted attention of InformNapalm regarding its “Rostov-Ukraine trips” as a part of tactical groups as well as individual trips of some of its servicemen. Moreover, we also identified detachments of the 74th Brigade in Syria:

The database of Russian military personnel and the evidence of their involvement in the fighting in Ukraine on the side of the combined Russian-terrorist forces are available at a permanent link: https://informnapalm.org/database.