Reconnaissance commander of the 2nd Army Corps in the focus of the UCA. Part 2: UAV Forpost 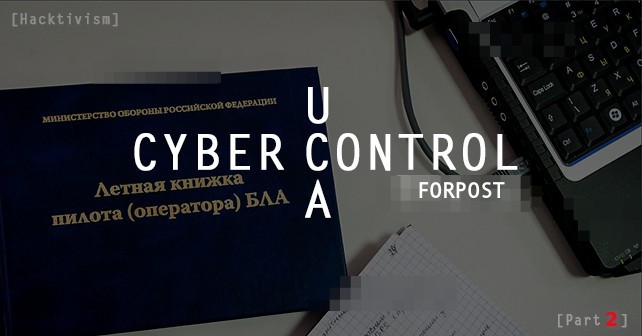 It should be reminded that data for this article has received in result of successful operation of specific software installation to the computer of “reconnaissance commander” by UCA (Ukrainian Cyber Alliance) hacktivists. The first part of data for analysis is available here. In this part we will reveal details of Russian command deployment of UAV Forpost on Ukrainian territory in spring 2015. We would like to thank Kuzma Tutov for his assistance in identification of Russian war criminals and their places of residence.

The desktop screenshots shown below have been obtained during preparation of intelligence report on reconnaissance commander’s computer with number 14 of March, 25, 2015. Report was addressed to intelligence chief of the Russian Army Reserve Command (Novocherkassk city) and contains below listed data:

Screenshot of the main page of the intelligence report 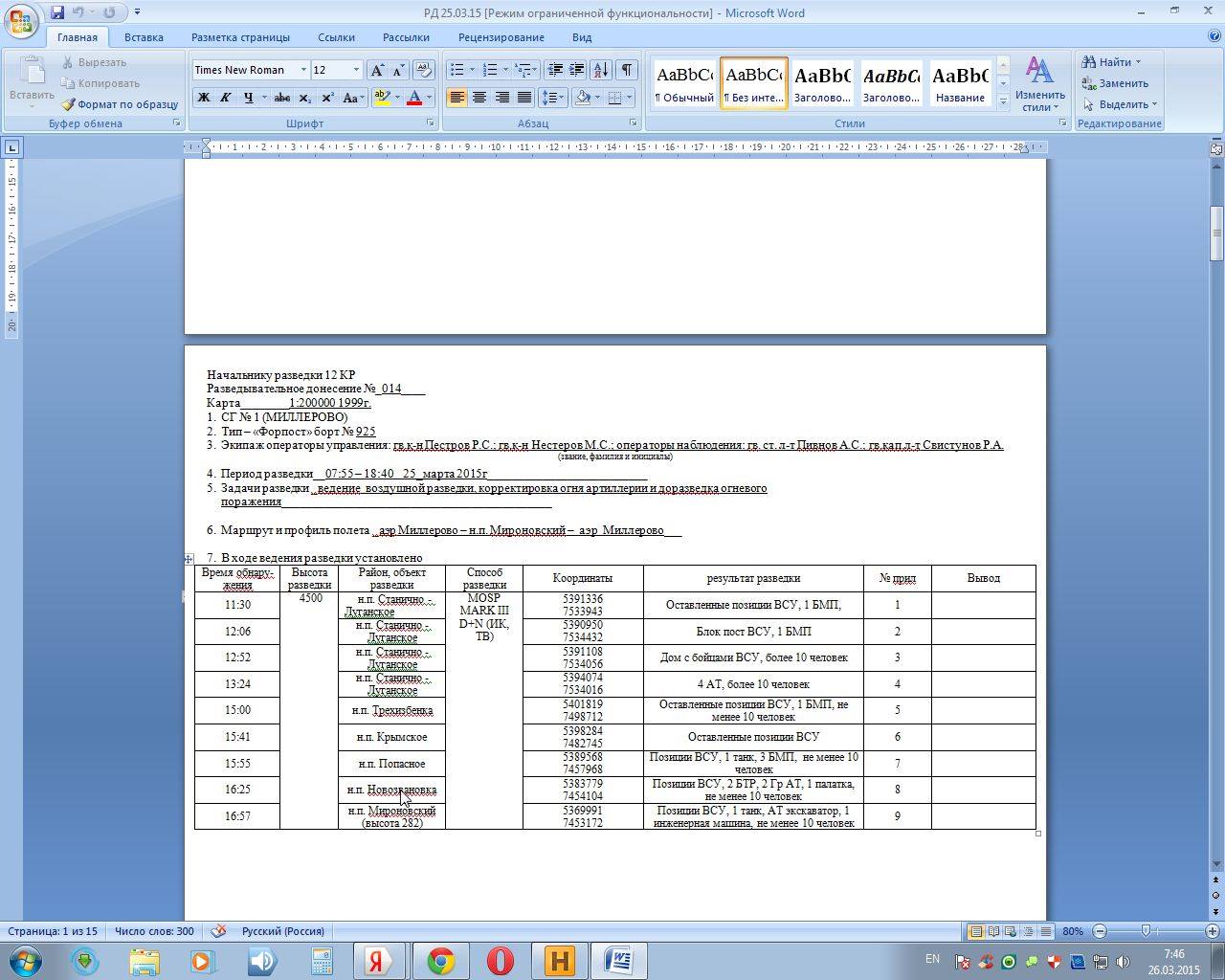 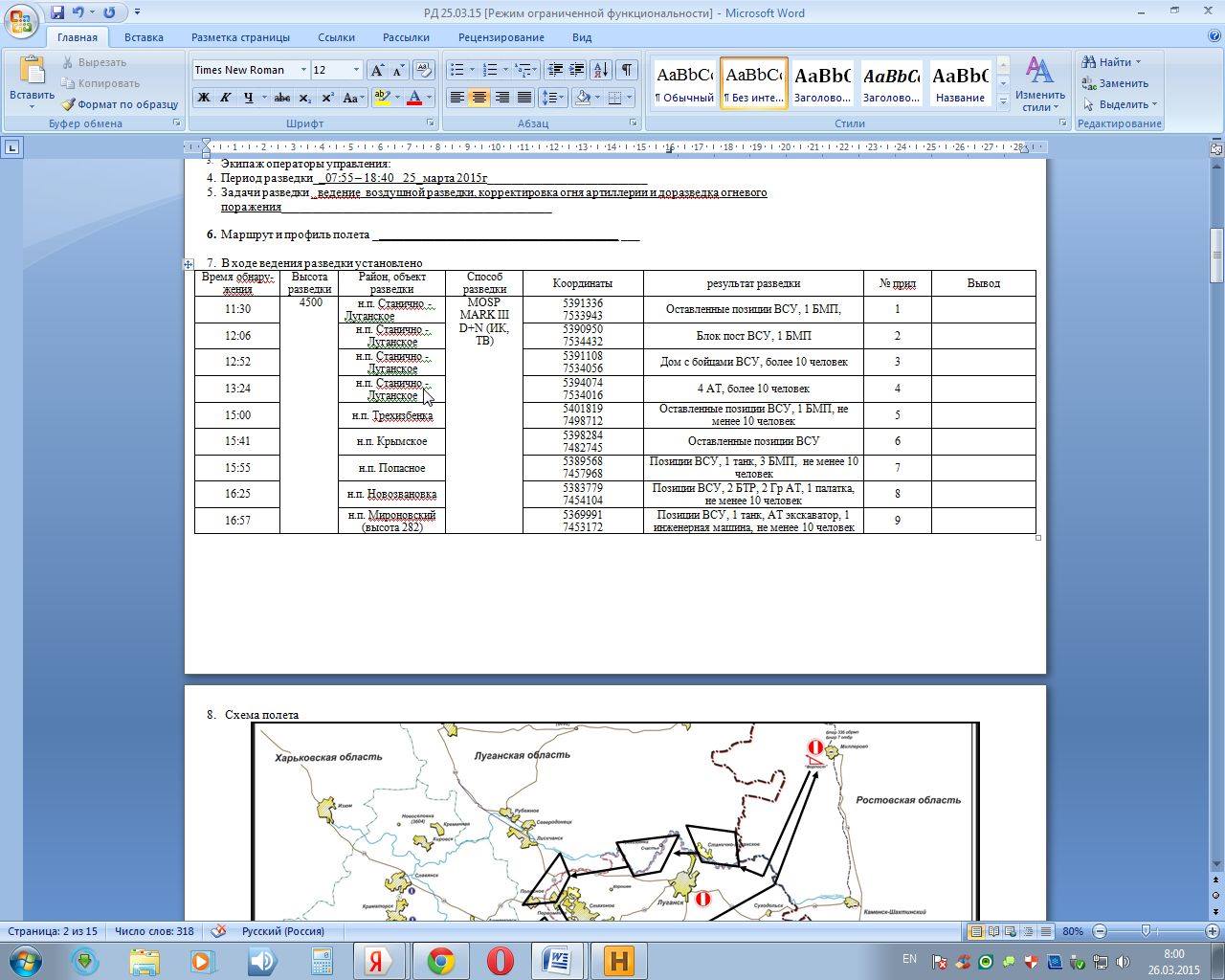 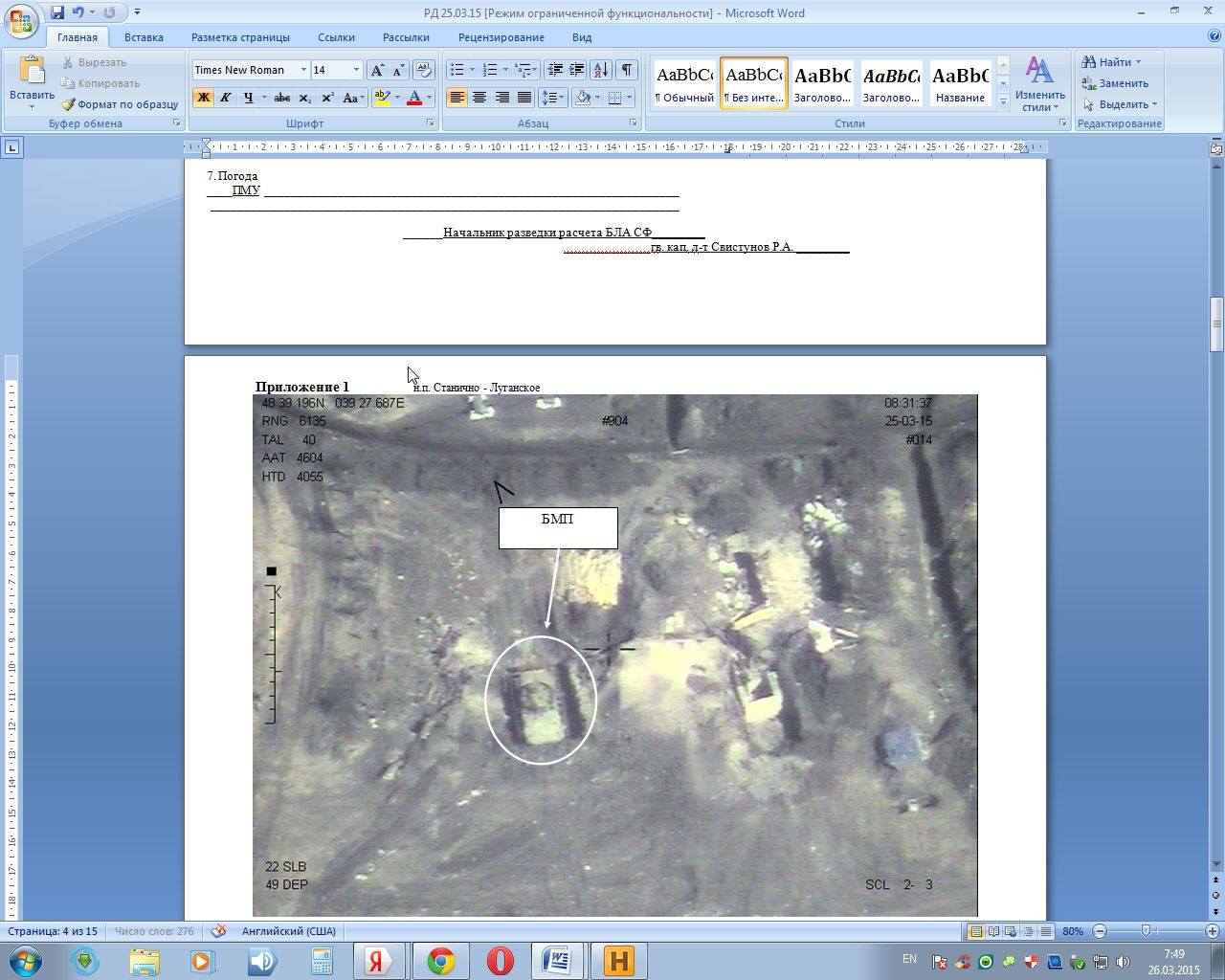 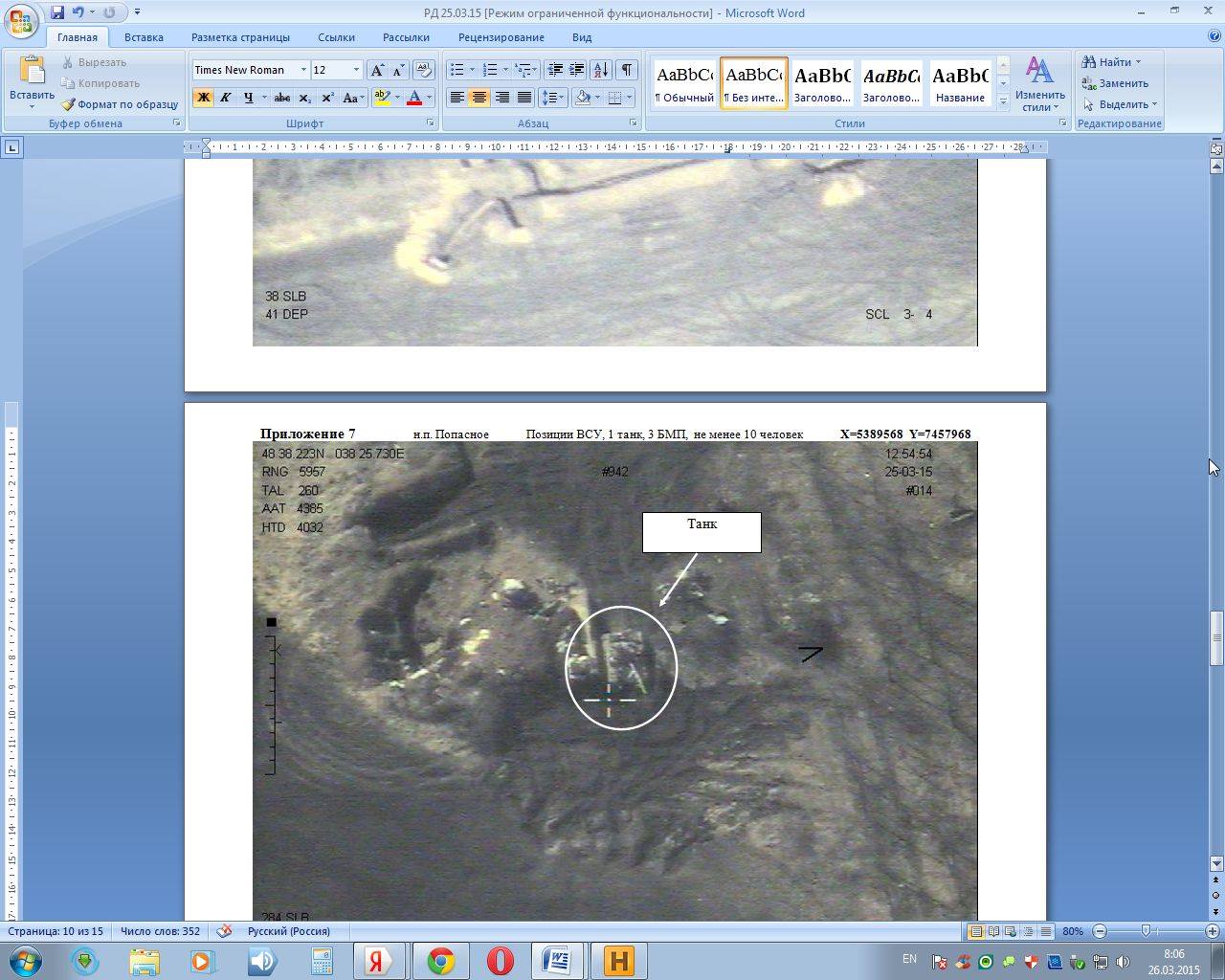 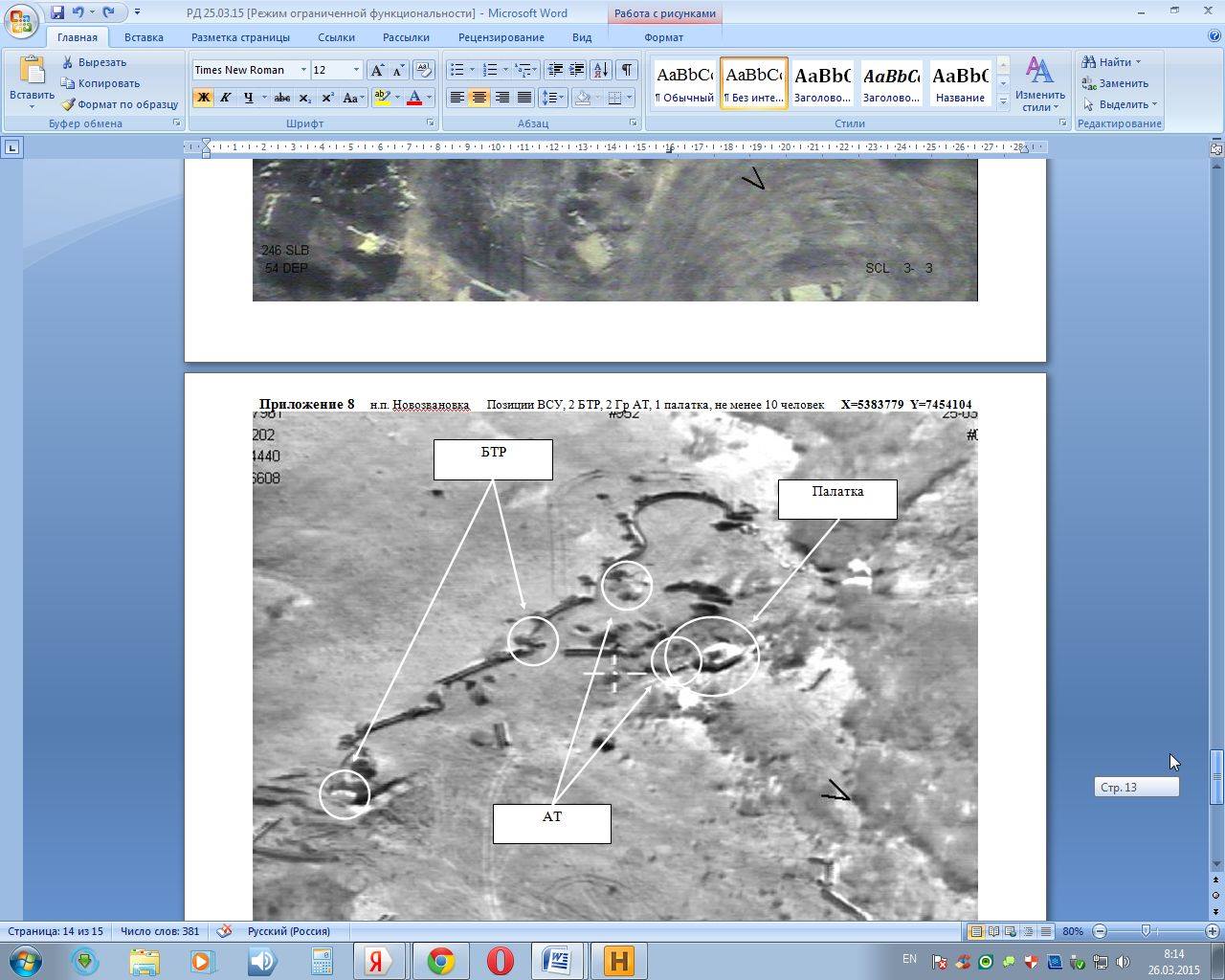 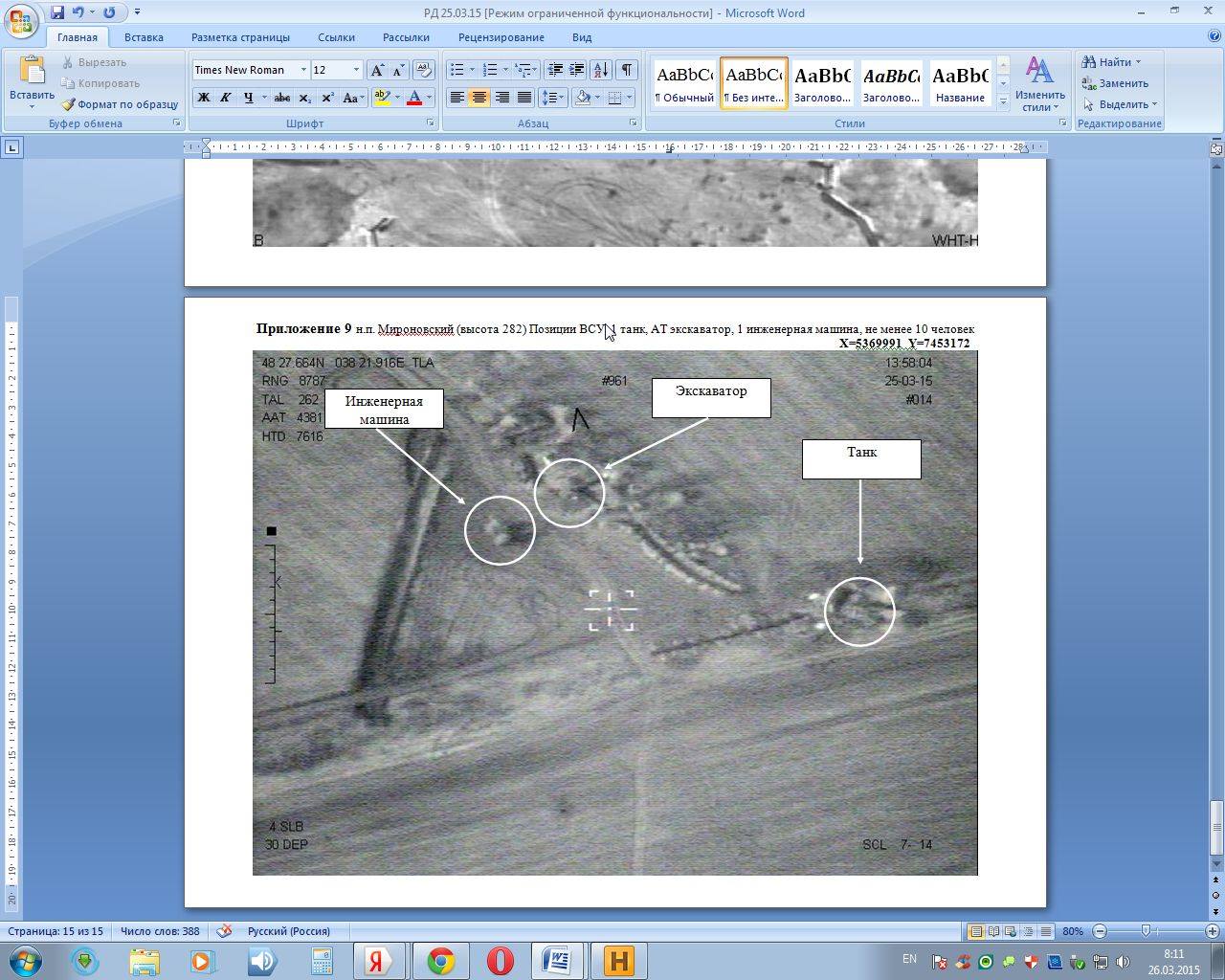 On the basis of the available data regarding operators of UAV Forpost (tail number 925) volunteers have resurveyed open sources in order to identify these servicemen. Thus we succeeded to reveal the following: 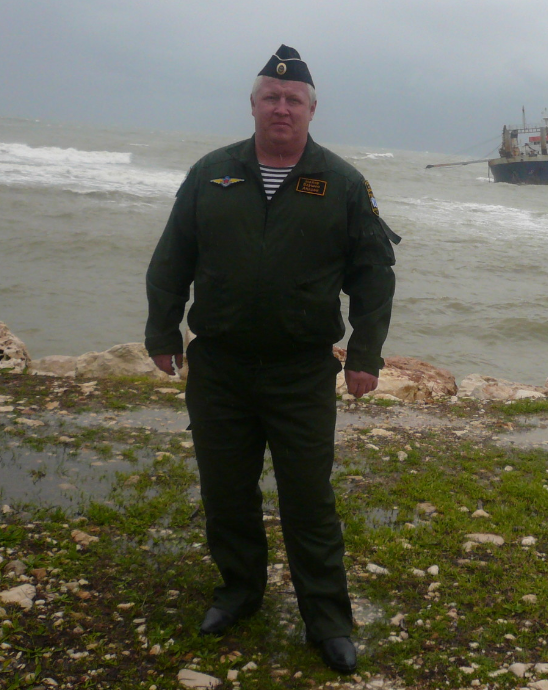 We identified his social media page and got wise to his duty area. It is the 7050th Kirkiness base (Severomorsk-1 city). Also, we defined his address: Safonovo village, El’kina street, 19, flat 50. Than we assumed that servicemen of this subdivision should live somewhere in Murmansk or Severomorsk area. Surprisingly, our search led us to the page with case decision KG-306/2012

Then, we defined his address in Murmansk: Oktyabrskiy district, Skalnaya street, 29, flat 18.

We found Guards captain Roman Pestrov’s page in social networks. The page is barely anonymous, but it contains the information of interest regarding his education in Syzran Air Force Academy with a degree in “Aircraft operations and air traffic management”, and his actual location – Severomorsk. Then, we defined his address: Safonovo village, El’kina street, 7, flat 28. Pestrov lives there with his father. And Guards lieutenant-colonel Andrey Baushev  – commander of UAV squadron, lives in next apartment house on the same street.

On the basis of above mentioned data it’s reasonable to conclude: the crew of UAV Forpost, tail number 925, associates to UAV squadron of 45th Airforce and Air defense army, which is located at the 7050th air base (Severomorsk-1, Murmansk Oblast). The crew arrived to Millerovo in spring 2015 to conduct air reconnaissance, fire adjustment and fire damage surveillance on Ukrainian territory.

In addition to the evidences base we publish again the video from database of 2nd Army Corps reconnaissance commander, which shows the operator’s desktop of UAV Orlan-10 (tail number 10258) , which is operated by the 100th Russian Separate Reconnaissance Brigade. This UAV was operated by junior sergeant Daurov A.H. and private Lazarenko V.I.

The video was recorded on January 13, 2015, after 14:00, when the drone #10258 was performing reconnaissance flight to the west of the town of Schastia, Luhansk Oblast.

Disclaimer: Evidence data was exclusively provided to InformNapalm by the hacktivists of the Ukrainian Cyber Alliance for analysis and processing. InformNapalm Community bears no responsibility for the sources and origin of the data.

2 Responses to “Reconnaissance commander of the 2nd Army Corps in the focus of the UCA. Part 2: UAV Forpost”