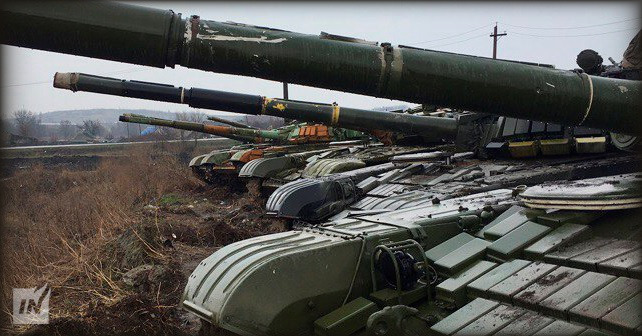 Russia continues a hybrid the war against Ukraine. In the course of monitoring of social media, volunteers of InformNapalm international community discovered uncharacteristic activity, which may point to the preparation for escalation of fighting. Several decommissioned T-72B and T-80BV tanks were relocated to vicinity of the village of Kantemirovka in Voronezh Oblast, Russia. We noticed these tanks in photographs of the locals taken in front of the armored vehicles that were temporarily stationed right next to the village [see archived pictures: 1, 2, 3].

Identification of the photos’ location

For analysis we used photos posted by the locals in March-April 2017. Some pictures have geotags. 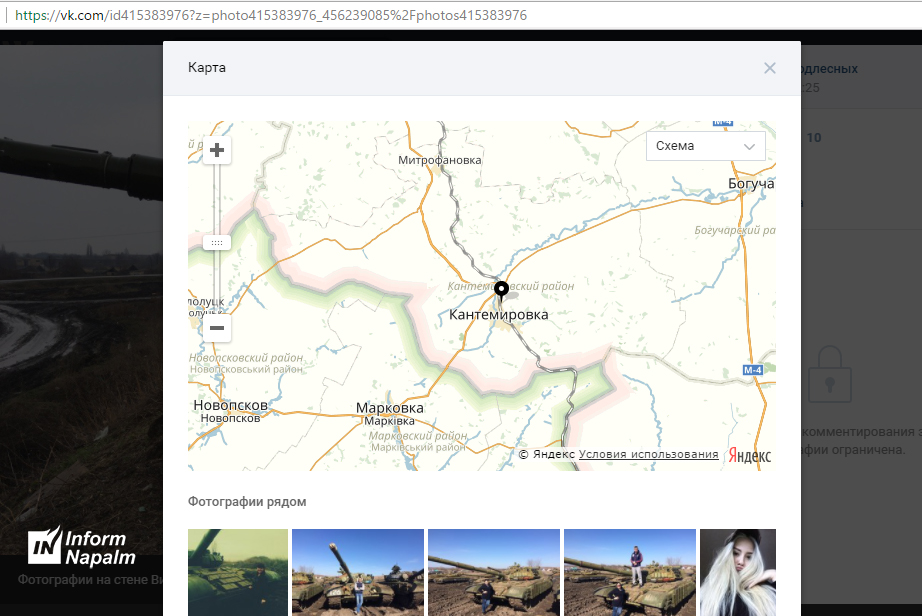 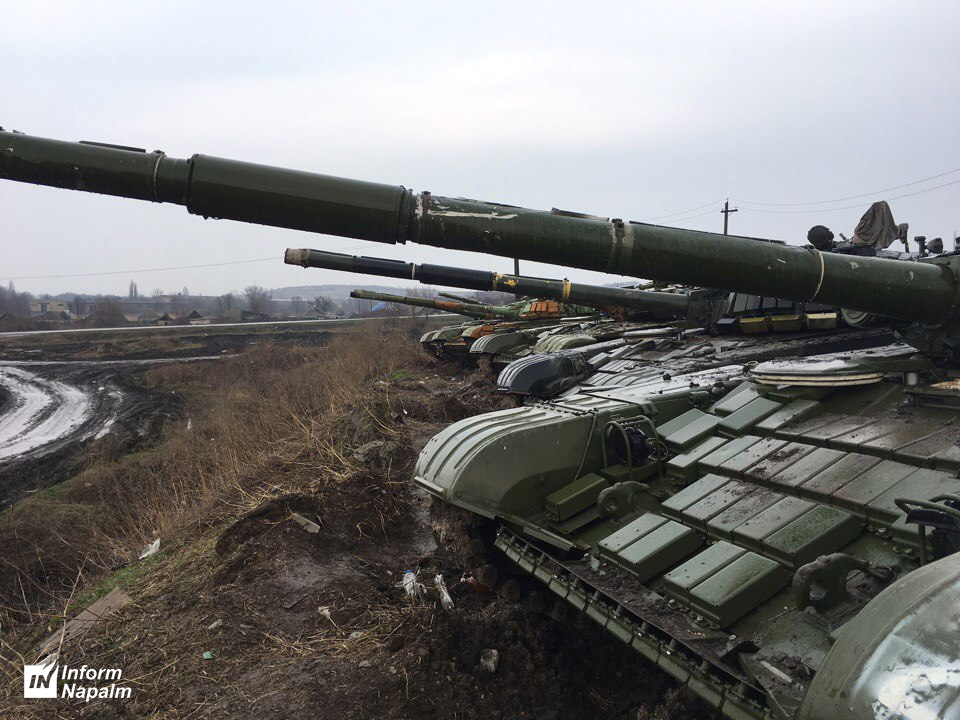 Coordinates of the place where the pictures were taken were determined by geotags and peculiarities of the terrain and buildings and are as follows: 49.721946, 39.858861. 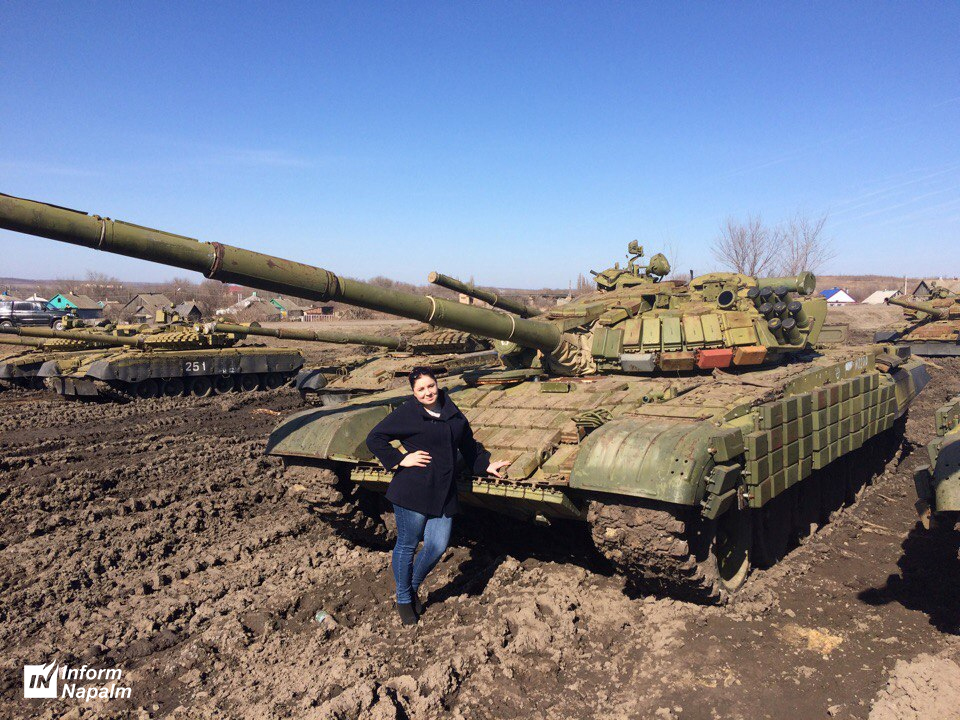 Judging from the photos of civilians, at least 4 or 5 T-80BV tanks and several T-72B tanks are stationed just in the vicinity of Kantemirovka. Please, heed the tanks exterior: side numbers were applied by handicraft method, without stencils in non-standard places.

It is worth noting that Russia builds a large military base in the town of Boguchar, just 50 kilometers northeast from Kantemirovka. In 2015, information was received that the 10th Tank Division had being formed in Boguchar (not to be confused with the 10th Panzer Division of the Wehrmacht). It was reported that the Command of the 20th Combined Arms Army and some units of the 9th Separate Motorized Rifle Brigade were relocated from Nizhny Novgorod to Voronezh Oblast.

Why are we sure that tanks spotted in Kantemirovka are not intended for these formation, but are being prepared to be sent to the Donbas? 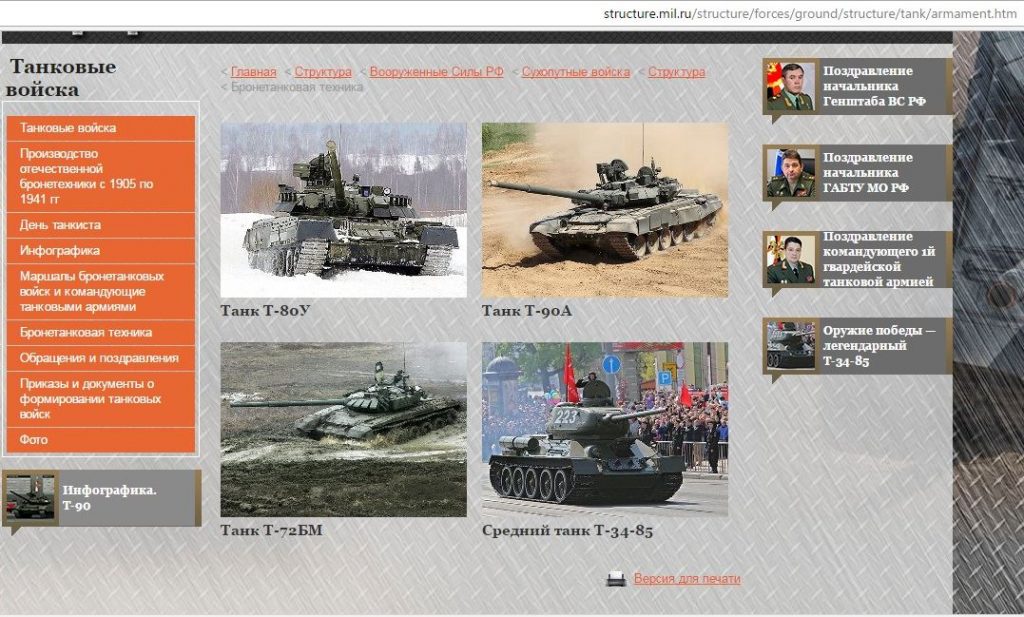 2. By 2014, the tank battalion of the 9th SMRB was equipped with T-72B3 tanks and sent along with artillery unit to Rostov Oblast. The side numbers were painted out beforehand (see the screenshots below). 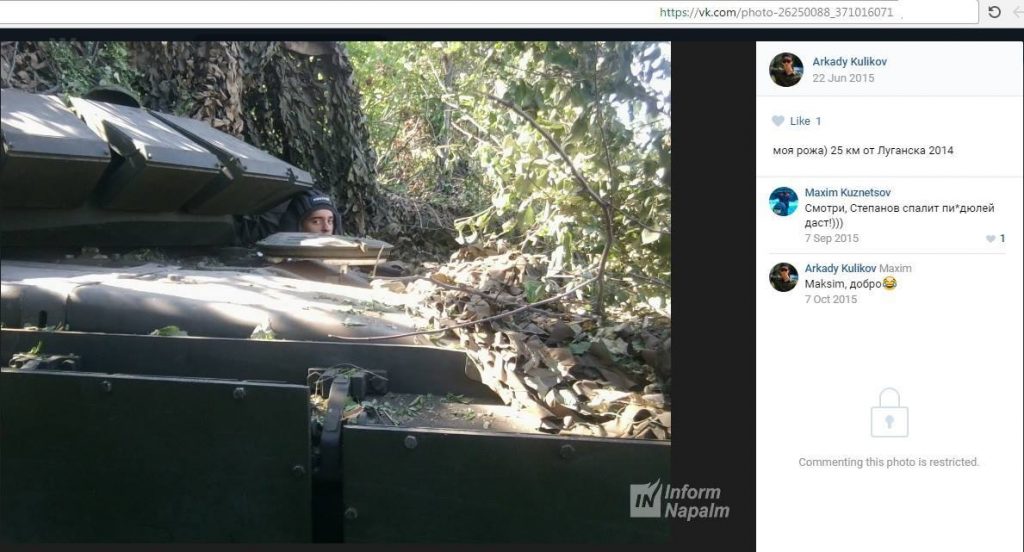 3. An enlarged picture from Kantemirovka shows the T-80BV tank has a characteristic paint job, prepared for the militants. 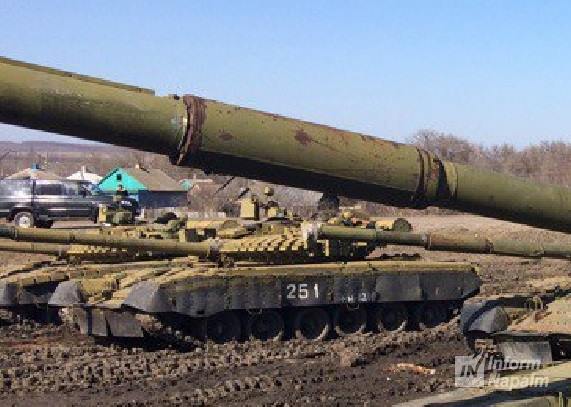 The “251” side number is applied in non-standard way on the rubber track guard, you can also see the oversize load index H2200.  Blocks of the reactive armor of the Contact 1 type in the picture correspond to T-64. However, their location on the T-80BV turret look much like the Ukrainian T-72AB turret protection. This visual modification was most likely done by Russians intentionally to mislead international observers when identifying equipment.

Photo of the Ukrainian T-72AB tank for comparison

Such mimicry will not confuse the experts, but this disguise will be good enough for Russian propagandists and “blind” observers to prepare “correct” reports and stories.

For comparison, below there are photos for the visual comparison of rollers and reactive armor blocks. 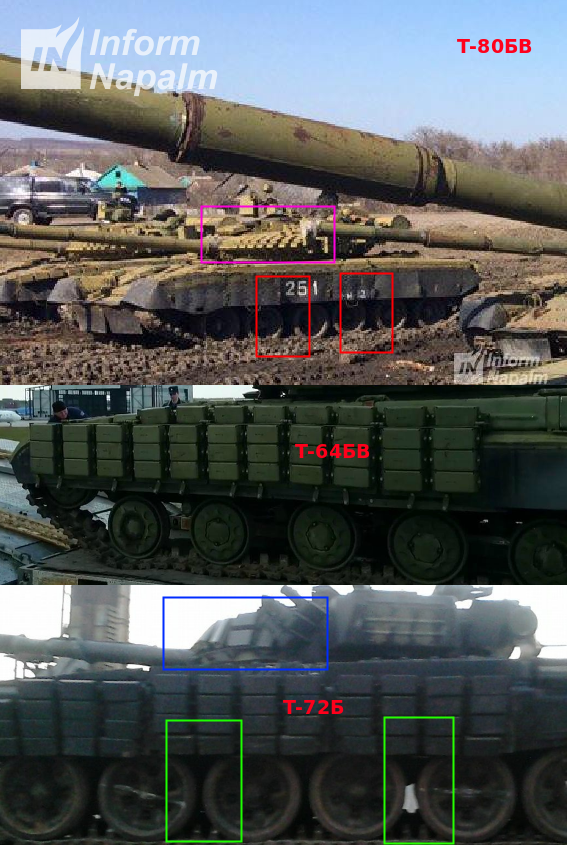 Interestingly, that the time of relocation of Russian decommissioned tanks to the Ukrainian border correlates with information about repair and tests of the T-80 tanks performed by Ukroboronprom in 2016. The essential feature of this tank is a gas turbine engine. The tanks of this modification are also quite fast and maneuverable.

On April 10, 2017, the press service of Ukroboronprom reported that the Kharkiv Armor Plant tested T-64 and T-80 tanks after overhaul and restoration, and it was planned in the near future to transfer those tanks to the Ukrainian Armed Forces. In 2016, approximately 60 tanks of these modifications were repaired after conservation. It is also known that T-80BV tanks have being repaired and transferred to tank units of the Ukrainian Airborne Forces since 2015. Thus, the plans to supply tanks of these types through the border base in Kantemirovka to militants may make sense for the Russian hybrid tactics purposes in the context of the Kremlin propaganda about “spoils of war”.

Hybrid system failure: Why are old and new Russian weapons seen in the Donbas at the same time?

The transfer of the Russian T-64 tanks, removed from the conservation and storage, to the Illegal armed forces of the Luhansk/Donetsk People’s Republics (L/DPR) was recorded several times. Russian propaganda and even Russian official representatives at the hearings on the suit of Ukraine in the UN International Court of Justice in The Hague maintain that all militants weaponry were “spoils of war” found by militants in “Donbas coalmines”. And while Russian contract servicemen fight in the Donbas on modern T90A tanks, the old decommissioned weaponry is being supplied to less trained militants and mercenaries. This situation is due to several reasons:

During the monitoring of social networks, InformNapalm volunteers revealed that another delivery of Russian T-72B and T-80BV tanks, removed from the storage bases, was prepared for the “L/DPR”. As for now, these tanks are stationed in the border village of Kantemirovka (Voronezh Oblast, Russia) ready for further relocation. Visually the tanks are ready to be “legalized” in the occupied Donbas territory under the guise of “spoils of war”, analogues of which are coming into service in the Ukrainian Army.

We appeal to the international community to pay attention to this glaring example of a hybrid war and to increase pressure on the aggressor in order to prevent the escalation of hostilities and further Russian aggression.

This publication was prepared by InformNapalm editorial on the basis of the OSINT investigation conducted by Al Gri exclusively for the website of InformNapalm international volunteer community. Translated by translated by Evgeniy Kalashnik, edited by Svitlana Kemblowski

We encourage readers to actively share our publications in social networks.

Broad public awareness of these investigations is a major factor in the information and actual warfare.