Russia blocked Ukrainian activists from Facebook during the annexation of Crimea. 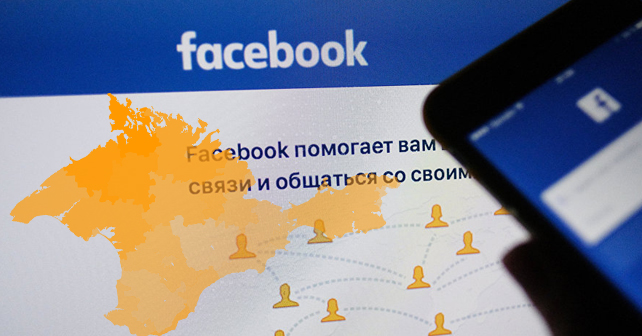 During the annexation of the Crimea in 2014, Russia implemented a mass blockade of Ukrainian activists on Facebook using ‘troll factories’ and security agencies in order to gain advantage for its propaganda, silence the Crimeans posting reports about the invasion, and drown the world community in the flood of disinformation.

Informational Isolation. How Crimea was Blocked

The American TV channel MSNBC, referencing a report by The Daily Beast , described how the Russian Federation used vulnerabilities in Facebook moderation rules to remove unwanted posts and messages during the annexation of the Crimea by generating a large number of false complaints against “prohibited content”. This led to the suppression of reports about Russian aggression and the annexation of the Crimean Peninsula.

“This is 100% accurate. Many of us inside of the State Department tried to help our colleagues in Ukraine, Georgia and elsewhere. Facebook was simply unresponsive”, she wrote.

The Story of a Successful Breach of Information Blockade

Many volunteers of the InformNapalm international community who started their activities by posting on Facebook about the facts of Russian aggression in the Crimea, also confirmed that their posts were repeatedly blocked due to the false complaints.

However, despite the severe information blockade in the Crimea, Crimean activists were sometimes able to bring the facts of the Russian invasion to the attention of the world community. Some stories received a strong public response that could not be silenced by any Russian troll farm.

One striking example was the video provided to InformNapalm activists by participants of the Crimean events. The video showed Russian special forces soldiers who illegally entered the territory of the 191st training unit of the Ukrainian Navy on the morning on March 2, 2014, and tried to seize weapons, but were blocked by Ukrainian servicemen using a BTR-80. Being spread via Facebook, this video drew huge public attention. Over the first few days it was viewed by more than 2 million people on the InformNapalm YouTube channel, and, later on, tens of millions saw it in TV news reports. This is a historical example illustrating the breach of the information blockade during the first days of the Russian invasion of the Crimea.

This publication was prepared specially for InformNapalm

No Responses to “Russia blocked Ukrainian activists from Facebook during the annexation of Crimea.”