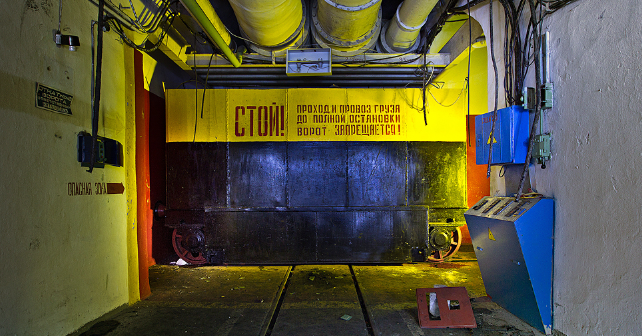 On August 10, 2016, a representative of the Ukraine Defence Intelligence Office said  that Russian occupation forces in Crimea may resort to the use of nuclear weapons: “Now, the means for delivery of nuclear weapons are present in Crimea – at the airfields and the naval base in Sevastopol. These are combat ships and submarines. Nuclear warheads are located in the Southern Military District of Russia. They can be delivered either to a location in Crimea, in case of such a decision, to equip the means of delivery (particular carriers), or these nuclear weapons can be put on airplanes when they are transferred to the airfields of the Southern Military District. Then weapons are ready for use in combat operations.”

As result of an in-depth analysis of open sources, volunteers of the InformNapalm international community have identified troops of the Russian National Guard and servicemen of the Nuclear, Biological and Chemical Defence (NBC Defence) of the Armed Forces of Russia, stationed at the Feodosia-13 facility, also known as Postal Code 105 facility – a formerly restricted access facility in the village of Kiziltash (Red Stone), near Sudak.

Prior to 1994, this secret facility in Crimea served to store nuclear bombs. With the current engagement of service personnel at Feodosia-13, Russia demonstrates intentions for the deployment of nuclear weapons in occupied Crimea (it is possible that nuclear warheads are already in storage). Let us remind you that the main task of the Russian National Guard (previously Internal Troops of the Internal Affairs Ministry) is providing security for objects of high importance, special freight, equipment and structures related to communications at facilities that are subject to mandatory security requirements, based on government regulations. Among the tasks assigned to the NBC Defence troops are monitoring of  levels of contamination by nuclear products and emergency response to disasters and damage at nuclear, chemical and biological hazard facilities.

Information about units stationed at Feodosia-13 was gathered thanks to servicemen of the Northern Caucasus regional command of the National Guard Ilias Harulin (profile, photo album, friends) and Ivan Isarov (profile,  photo album). 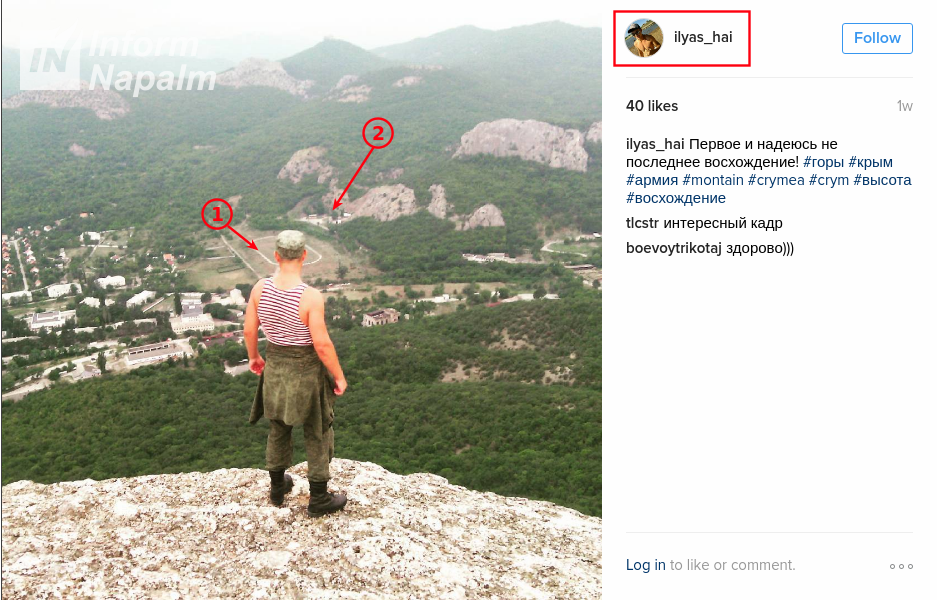 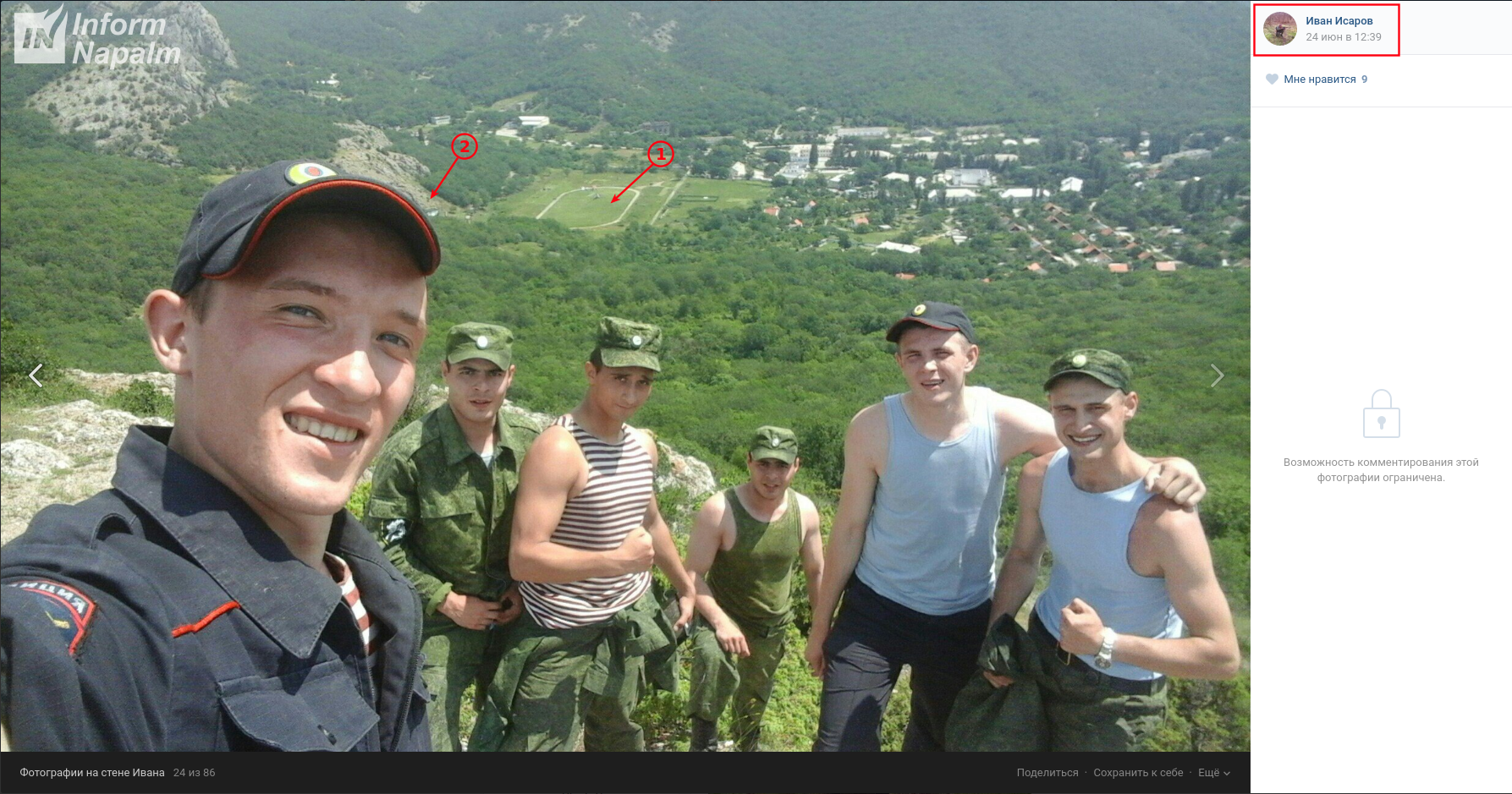 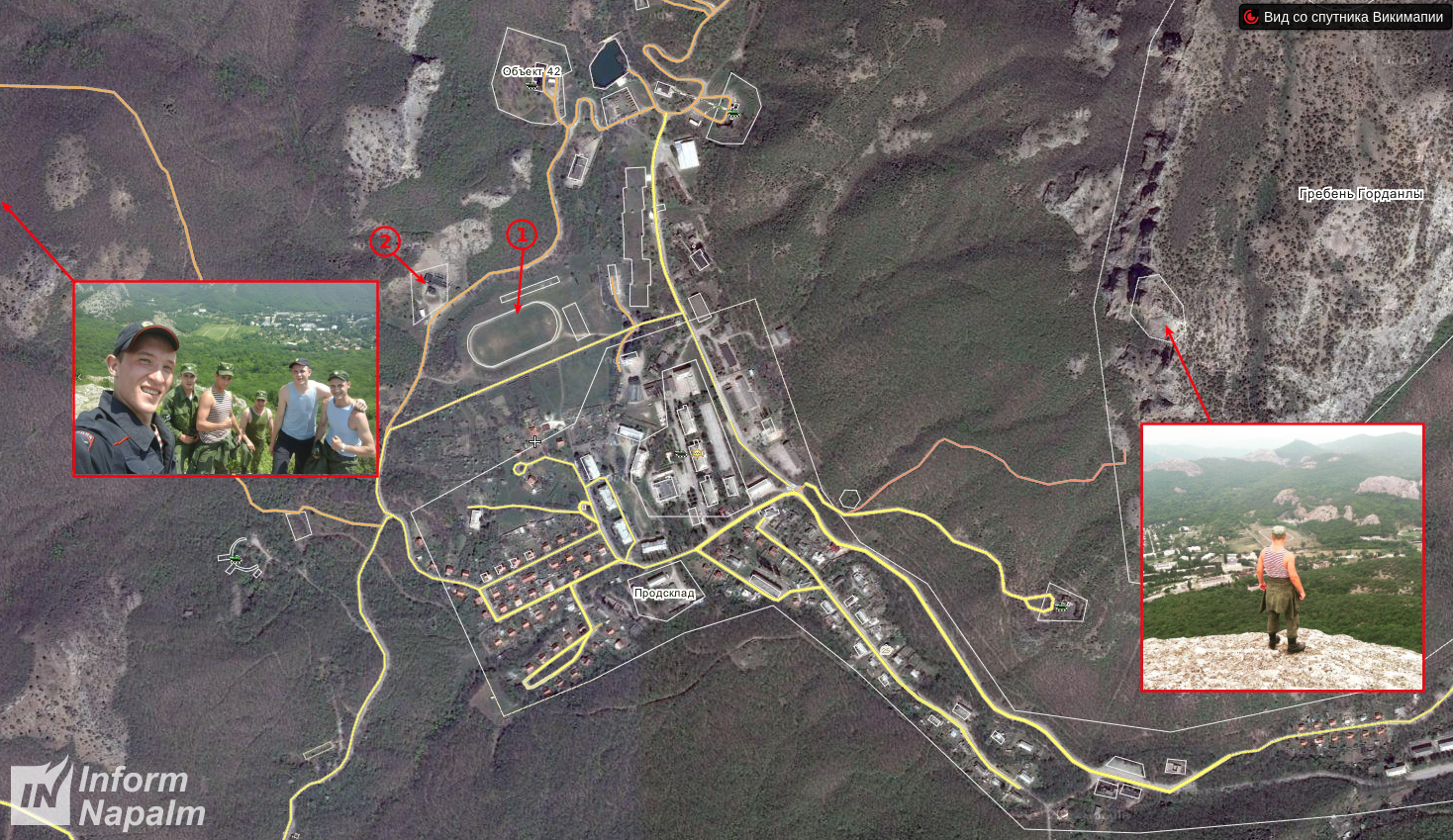 Servicemen of the NBC Defence are more cautious than Guards; they do not share photographs of restricted access facilities on social media. Yet their involvement became evident from the troop insignia, made of coloured stones and laid out on the ground at Feodosia-13. 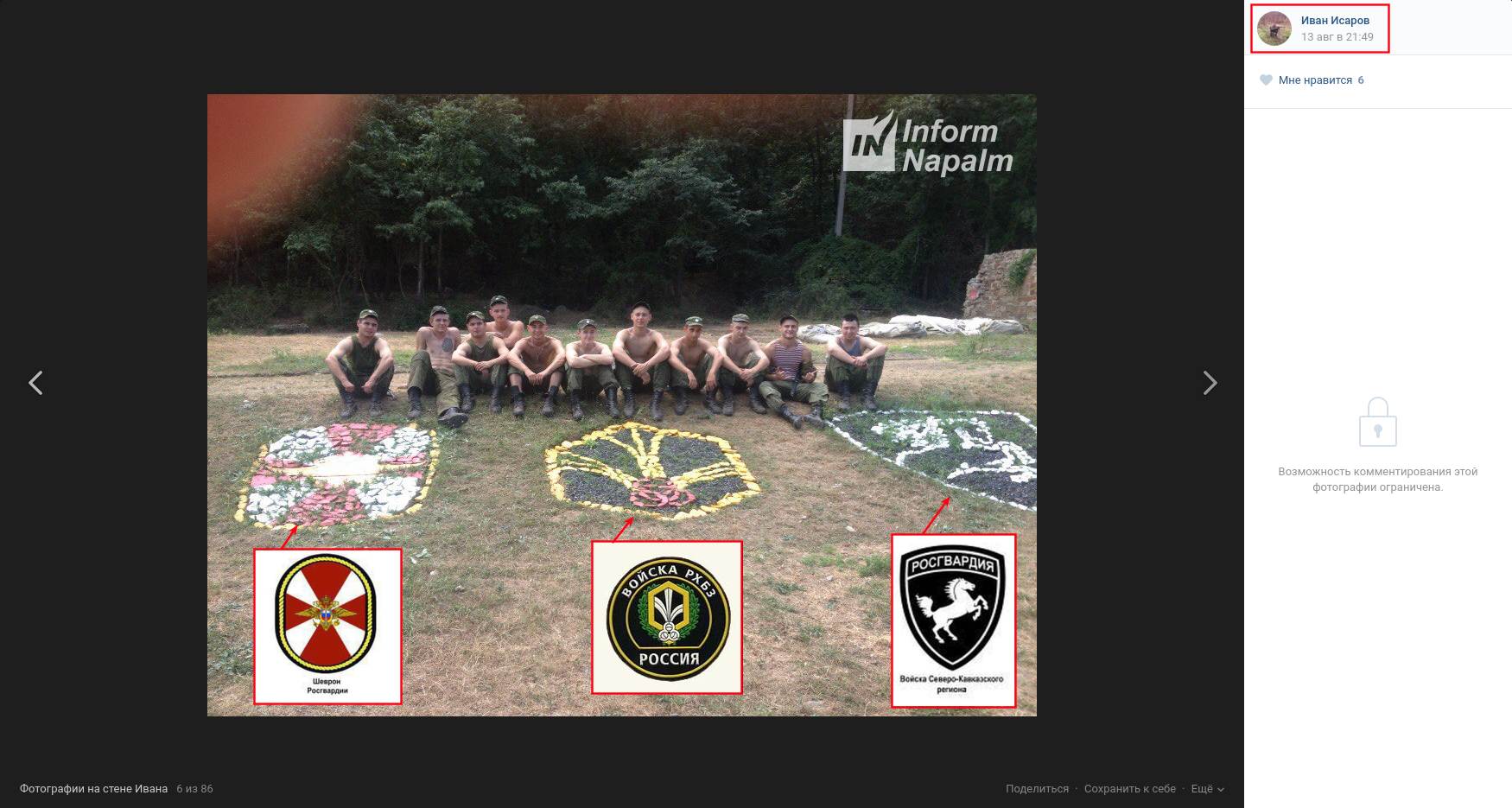 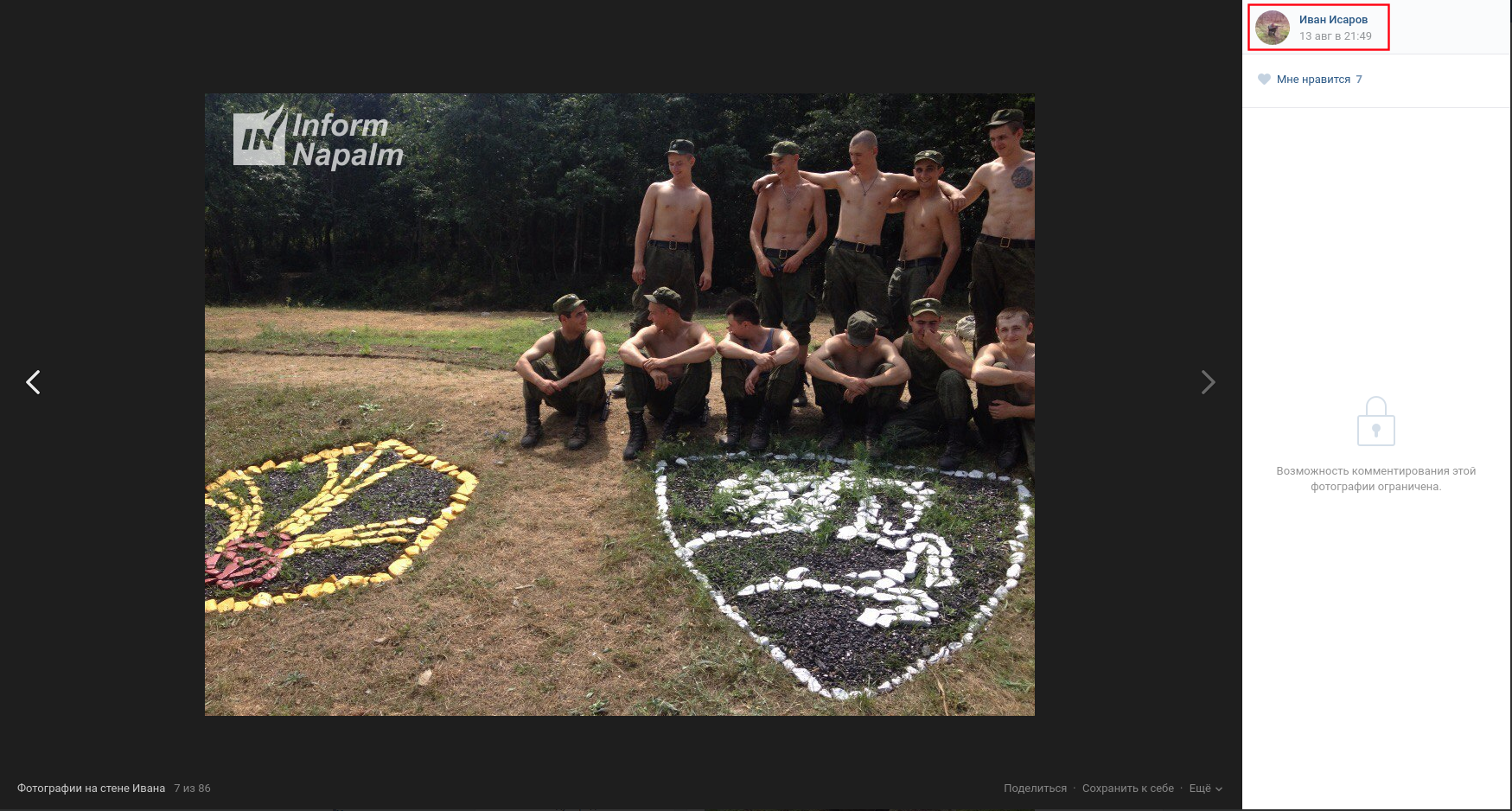 There is evidence of the continuous militarization of occupied Crimea, with preparatory work for the deployment of nuclear weapons at former Soviet facilities. Earlier, experts in Ukraine and abroad have drawn attention to potential threats of such activity by Russia, now confirmed through available evidence from the OSINT investigations. For residents of occupied Crimea this means turning into hostages and living on the proverbial barrel of gunpowder, now with the addition of nuclear weapons. This creates a troubling scenario for countries of the Black Sea region and beyond, with the possibility that other nations become targets of the Kremlin’s aggressive policy for the expansion of the Russian sphere of influence.

By Kuzma Tutov and Mikhail Kuznetsov

2 Responses to “Russia’s Plans for Nuclear Weapons in Crimea: Works are Underway to Reactivate the Restricted Access Facility Feodosia-13”