Russia Wants to Exchange Its Exit From Donbas for Crimea: What Should Ukraine Do? 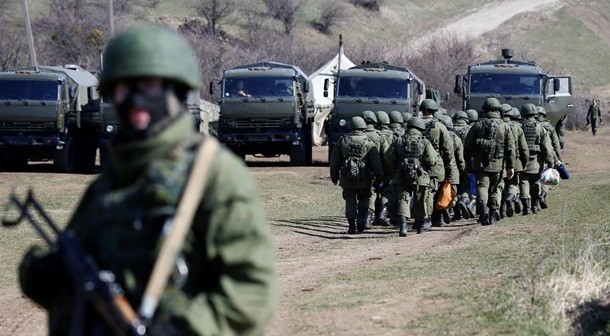 Our country should teach the entire world that any contacts with Crimea are undesirable. This opinion was expressed by the Ukrainian diplomat Bohdan Yaremenko in his interview for ‘Apostrof’.

Following the French diplomats, also the German parliamentarians spoke about possible visit to the annexed Crimea. Despite that one of them already rethought his intention to visit the peninsula, the tension about the territory occupied by Russia is rising.

Apparently, the Kremlin, realizing the fameless end of its Ukrainian adventure and the necessity to leave Donbas as soon as possible, looks for the opportunity to exchange the exit from Ukraine and the termination of the hot phase of the conflict for the international recognition of the Crimea annexation. For this purpose the work on the imitation that ‘everything is fine in Crimea’ has been intensified.

Useful idiots of the Kremlin among the politicians from different countries will play and are already playing an important role in this process. Ukraine should use this activeness of Moscow to teach the entire world that any contacts with Crimea are undesirable.

For this purpose it is necessary to organize informational campaigns clarifying and condemning every case of voyage to Crimea by foreign politicians without coordination with Ukraine.

The notes of protest, declarations, warnings, and prohibitions to enter the territory of our country as well as criminal charges with further possible use of international mechanisms of legal assistance for prosecution of the subjects – these are the kinds of actions Ukraine should perform in response.

The set of measures of influence is standard. The Ministry of Foreign Affairs must get rid of excessive conventionalities and delicacy. And if after all the warnings foreign politicians still go to Crimea, this should be a reason to not only address SBU with proposal to ban their entering Ukraine, but also address General Prosecutor’s Office with a notice about crime.

At the same time in cases of coordinated with Ukraine trips to Crimea it is necessary to organize briefings and debriefings for the foreign delegations every time. The explanation of the situation in Crimea, the preparation of visitors and so on should be performed by nongovernmental organizations and centers where specialists conduct a systematic study of the situation in Crimea.

The list of mistakes made by the Ministry of Foreign Affairs of Ukraine should be extended by the fact that the Ukrainian diplomacy ‘has been forgetting’ to conduct negotiations on the Crimea since May 2014, agreeing to the approach set by Russia to discuss solely situation in Donbas.

One Response to “Russia Wants to Exchange Its Exit From Donbas for Crimea: What Should Ukraine Do?”