Updates on the Rostov reserve of the “Novorossian” army 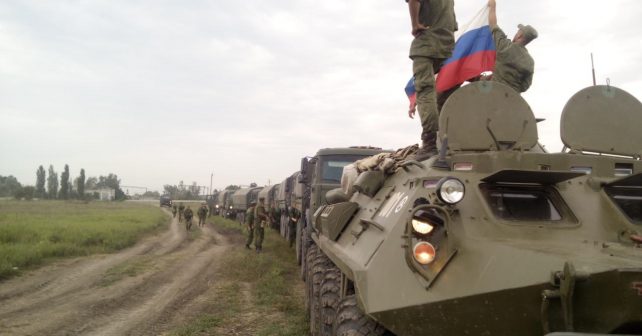 Russian battalion tactical groups are on active duty in Rostov Oblast on the border with Ukraine.

At the very beginning of Russian aggression against Ukraine, InformNapalm international intelligence community revealed a composition of Russian invasion forces that were rapidly gathered in Rostov Oblast near the Ukrainian border in early spring of 2014. We identified base camps built in Millerovsky and Oktyabrsky Raions and transitional bases located very close to the border, from where Russian battalion and company tactical groups were going to the Donbas. In August-September of 2014, our community tracked a large-scale movement of troops and weapons from the four Russian military districts to Rostov Oblast and identified the military formations and units, from which tactical groups were formed and went on the so-called “Rostov-Ukrainian business trips”.

–          Identification of Military Units and the Armament of Artillery Elements of the Russian Invasion Forces, September 30, 2014

Following that, we gathered evidence to support our initial information. In the two and a half years, we have collected facts confirming the participation of more than 70 units of the Russian Armed Forces and Internal Troops (“National Guard”) of the Russian Interior Ministry in the fighting in Ukraine and described more than 150 incidents involving Russian servicemen.

Two years later, a situation in Rostov Oblast is very similar to what we saw back in 2014. Dozens of battalion/company tactical groups are still on alert on the border with Ukraine, in cooperation with the Center of territorial troops (the former 12th Reserve Command), as well as with the so-called army corps of the DPR/LPR which are led by Russian officers, sent there as military advisors.

Monitoring of the situation at the Russian-Ukrainian border in Rostov Oblast remains a high priority for the InformNapalm community. Though we haven’t published many updates on this subject lately, we continue to monitor the operational situation in the territories of potential threat.

Here we provide a list of tactical groups from the Russian Southern Military District held on duty on a rotational basis, which in addition to military training improve their skills of camouflage and the transformation from the Russian military into “miners of rebellious Donbas”: 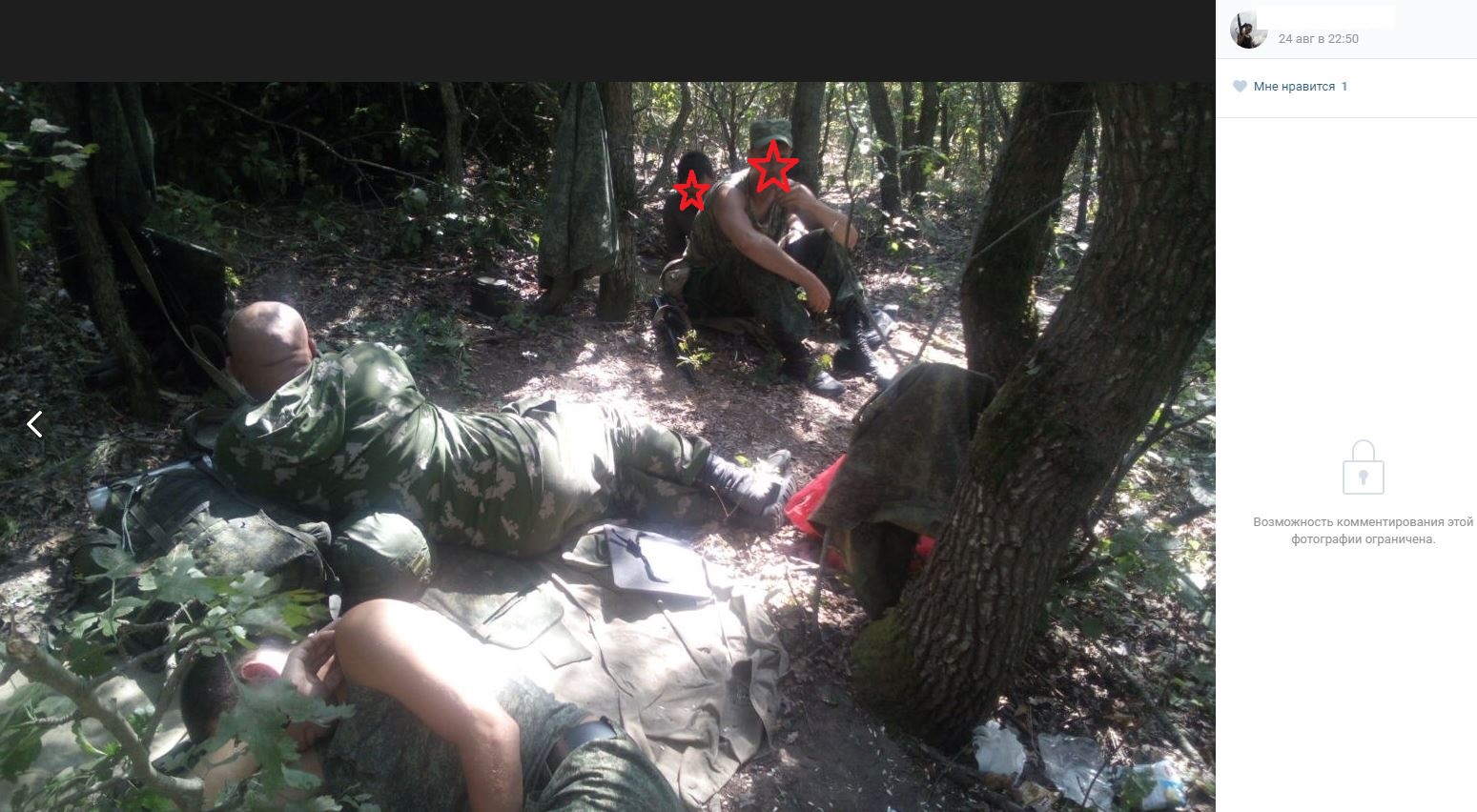 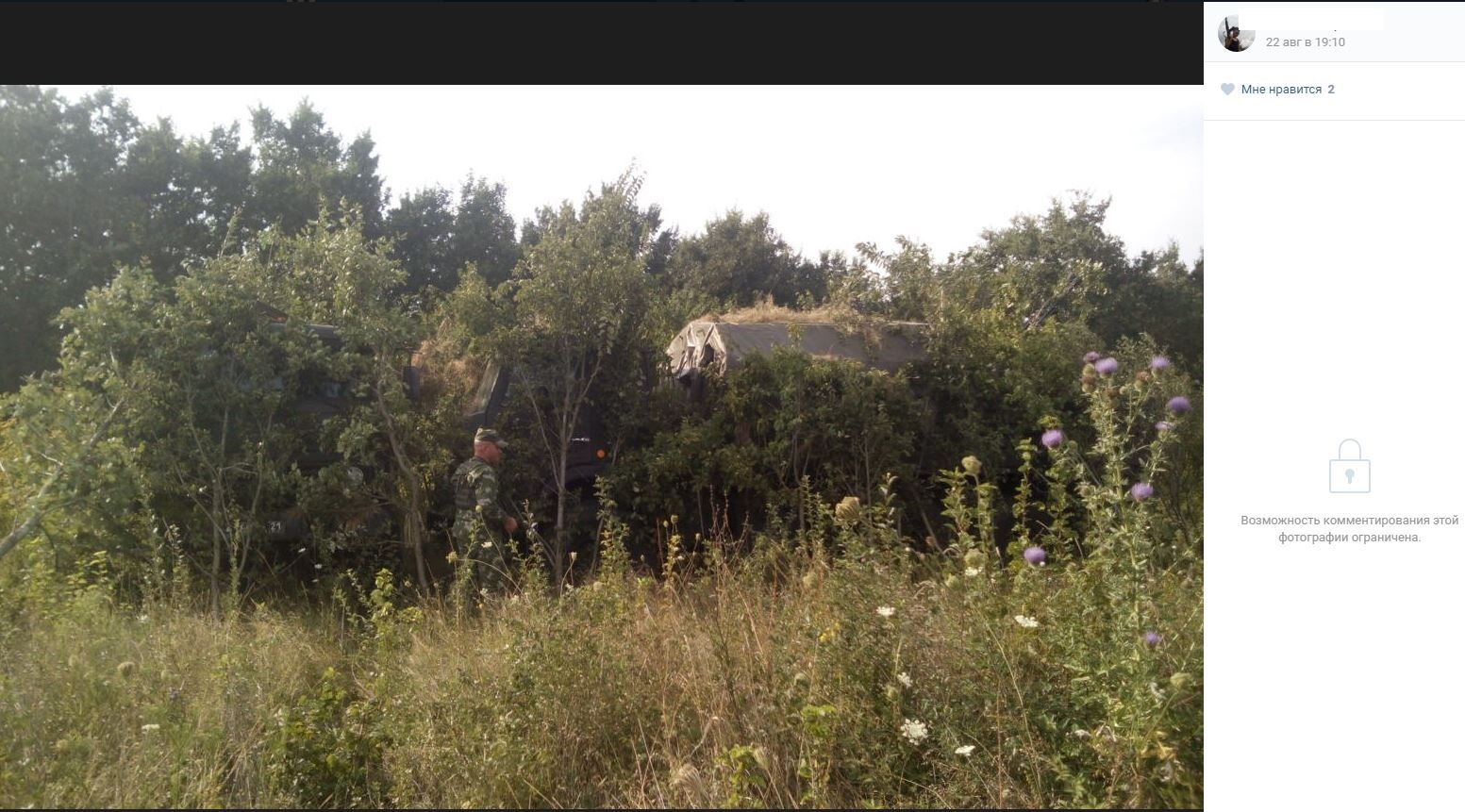 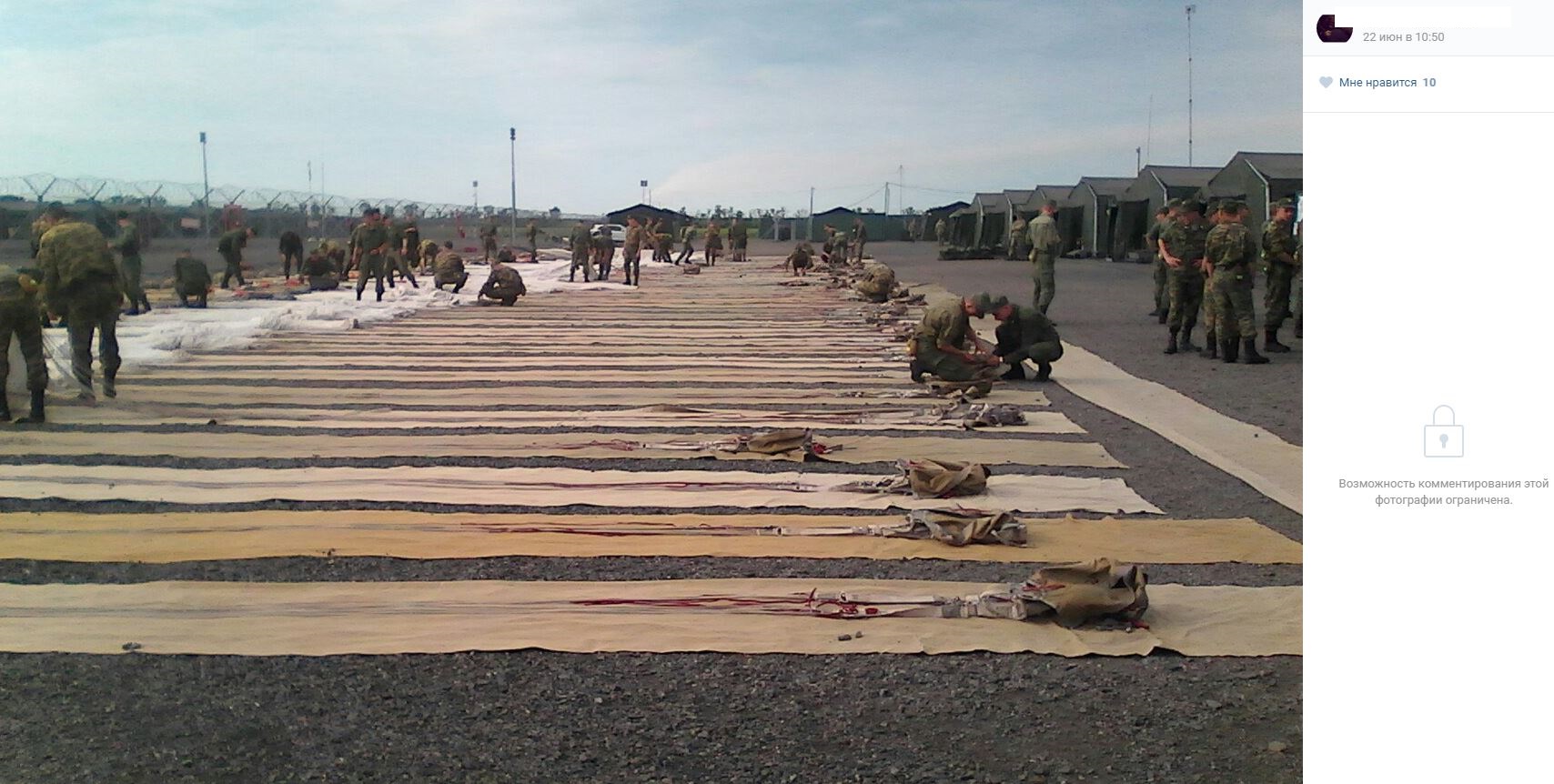 We emphasize that the list is incomplete. Here we listed only those tactical groups that have been noticed in Rostov Oblast on a regular basis. It is possible that they are the core of the new 150th Motorized Rifle Division of the 49th Army, its formation is going to start shortly. Note that we repeatedly recorded all of the aforementioned military units and their servicemen in the initial stages of Russian aggression in the Donbas as tactical groups of the Russian Armed Forces, and later, as part of the illegal armed forces of “Novorossia”, disguised as local “rebels”.

Also, units of the Russian Airborne Troops, Spetsnaz of the Main Intelligence Directorate (GRU), National Guard of the Internal Troops and other Russian security and law enforcement agencies were involved.

On September 6-11, International Military-Technical Forum Army 2016 took place at the field camp Kadamovsky in Rostov Oblast. It demonstrated the full power of the Russian Armed Forces concentrated at the Ukrainian border. Despite very limited information from official sources, we have found some photos taken at this event. They show a wide range of weapons and equipment aimed at Ukraine, including: the T-90A tanks of the 7th Military Base, the newest armored vehicles on the Ural truck chassis of the 22nd Separate Spetsnaz Brigade, the Uragan and Smerch MLRS and the Msta-B howitzers of the 291st Artillery Brigade, the Msta-S self-propelled guns of the 205th Separate Motor Rifle Brigade, modern attack helicopters from the army aviation regiments of the Southern Military District, and more. 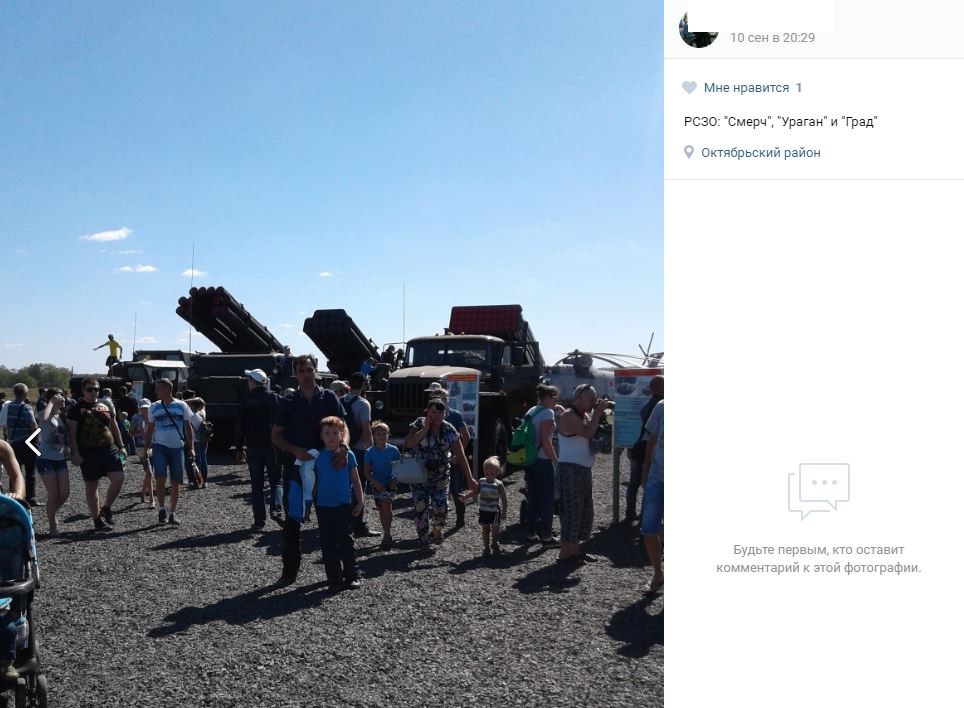 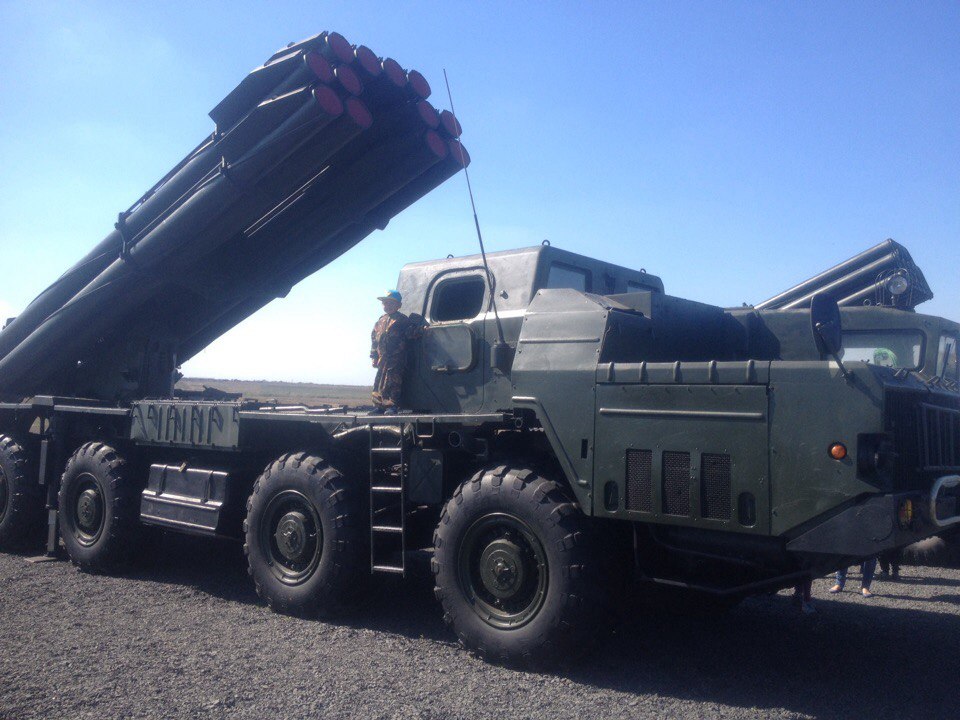 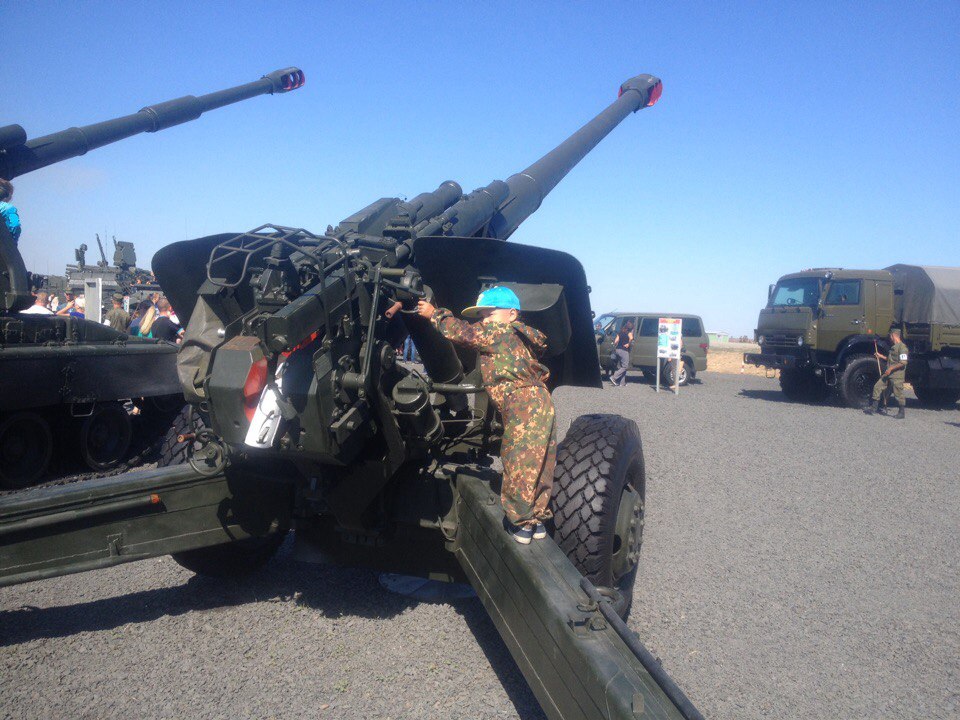 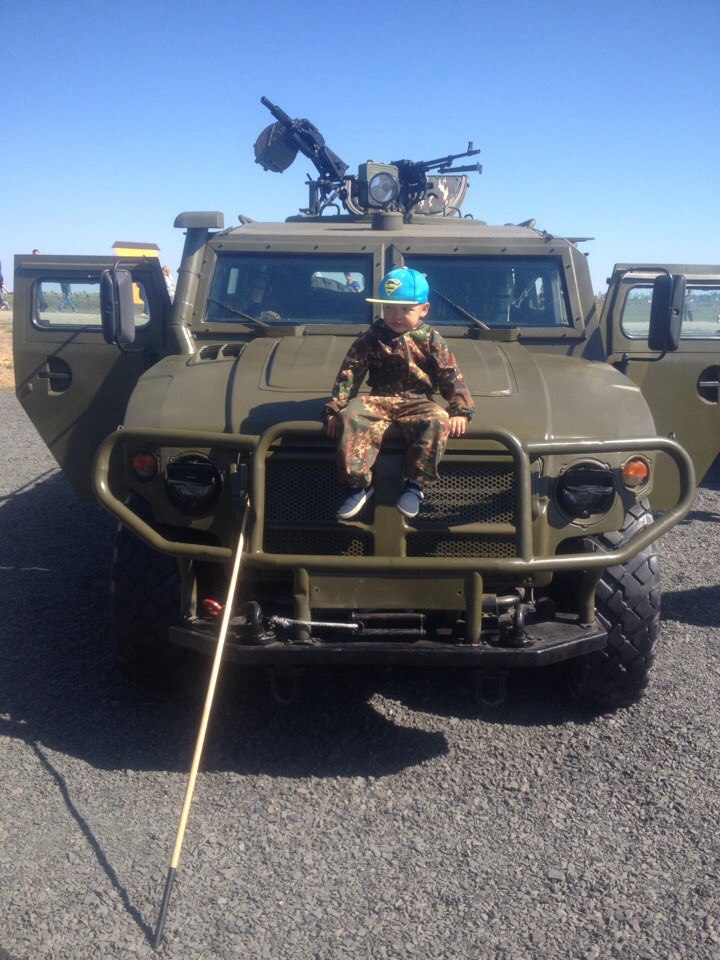 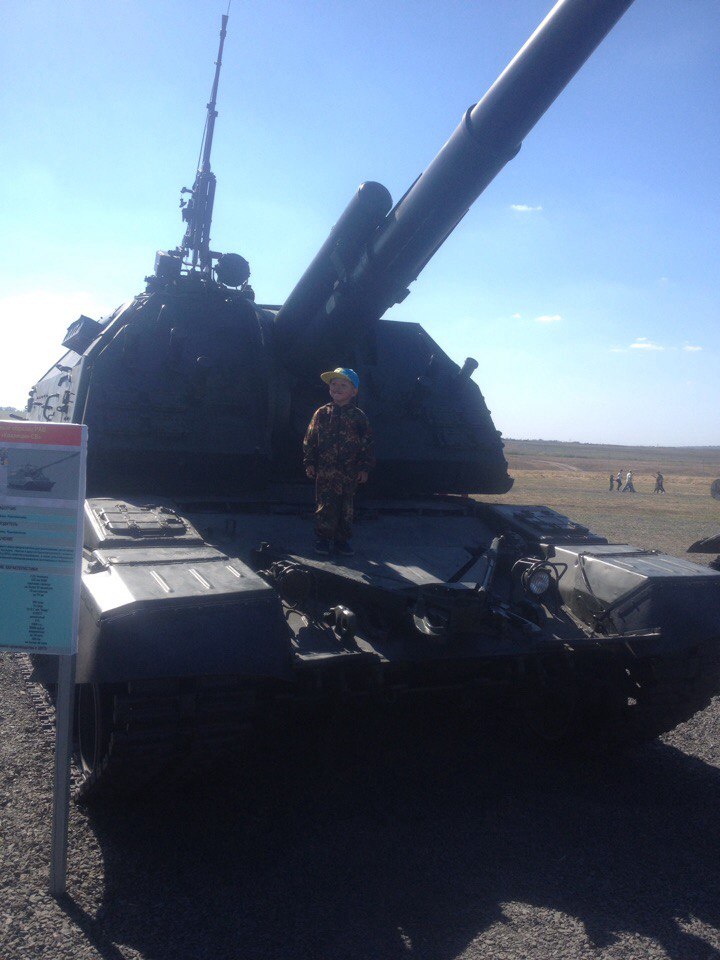 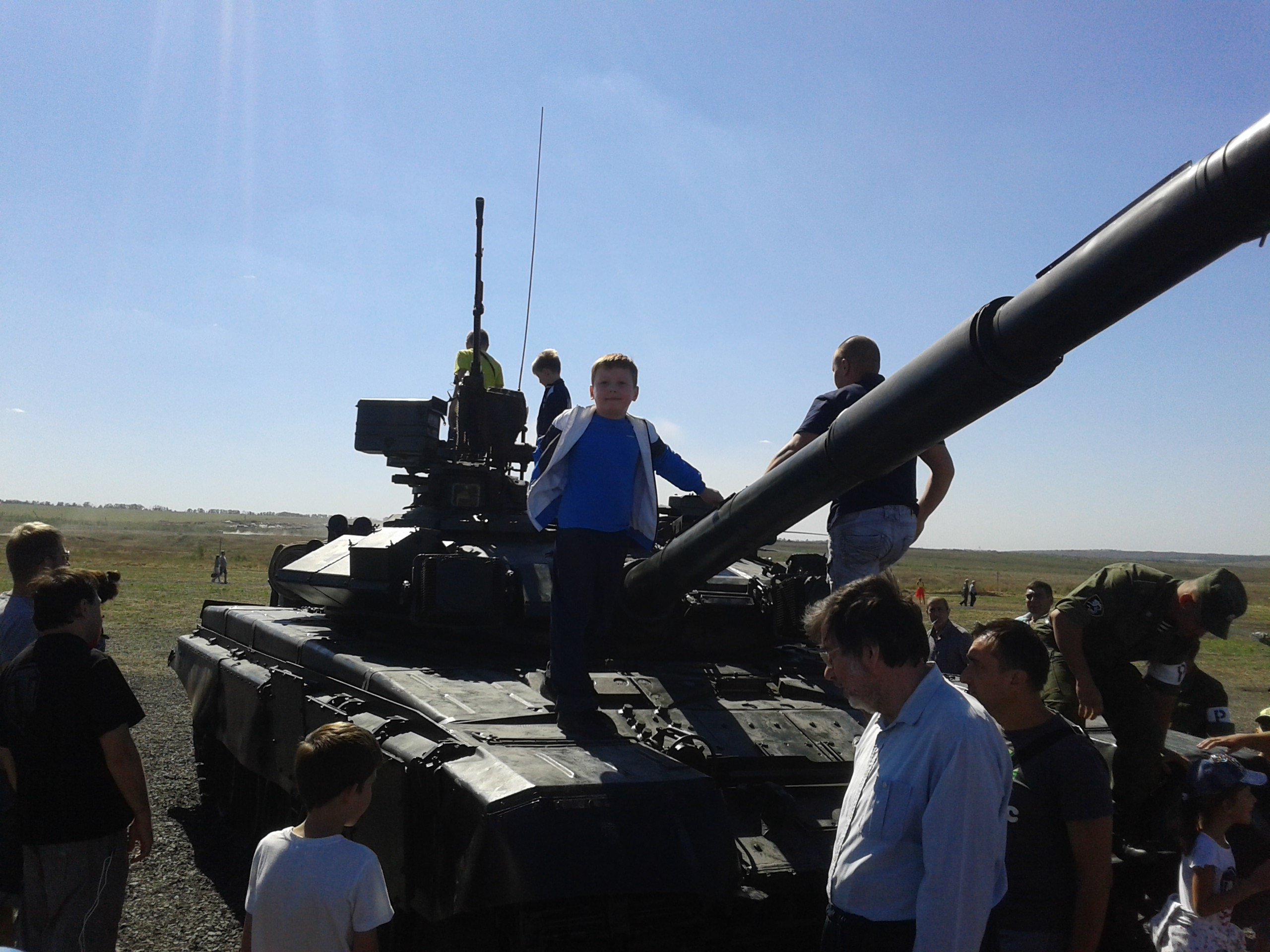 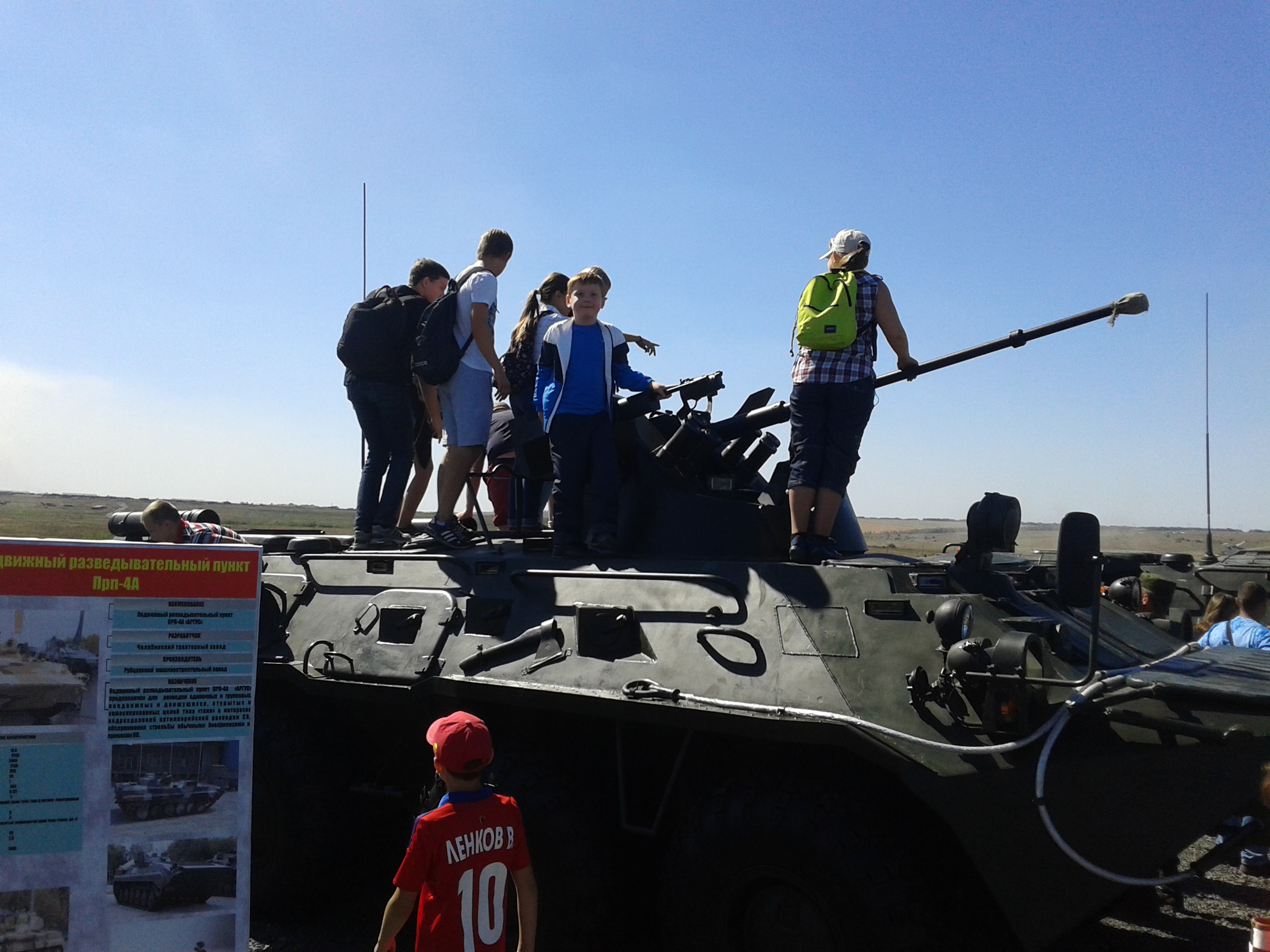 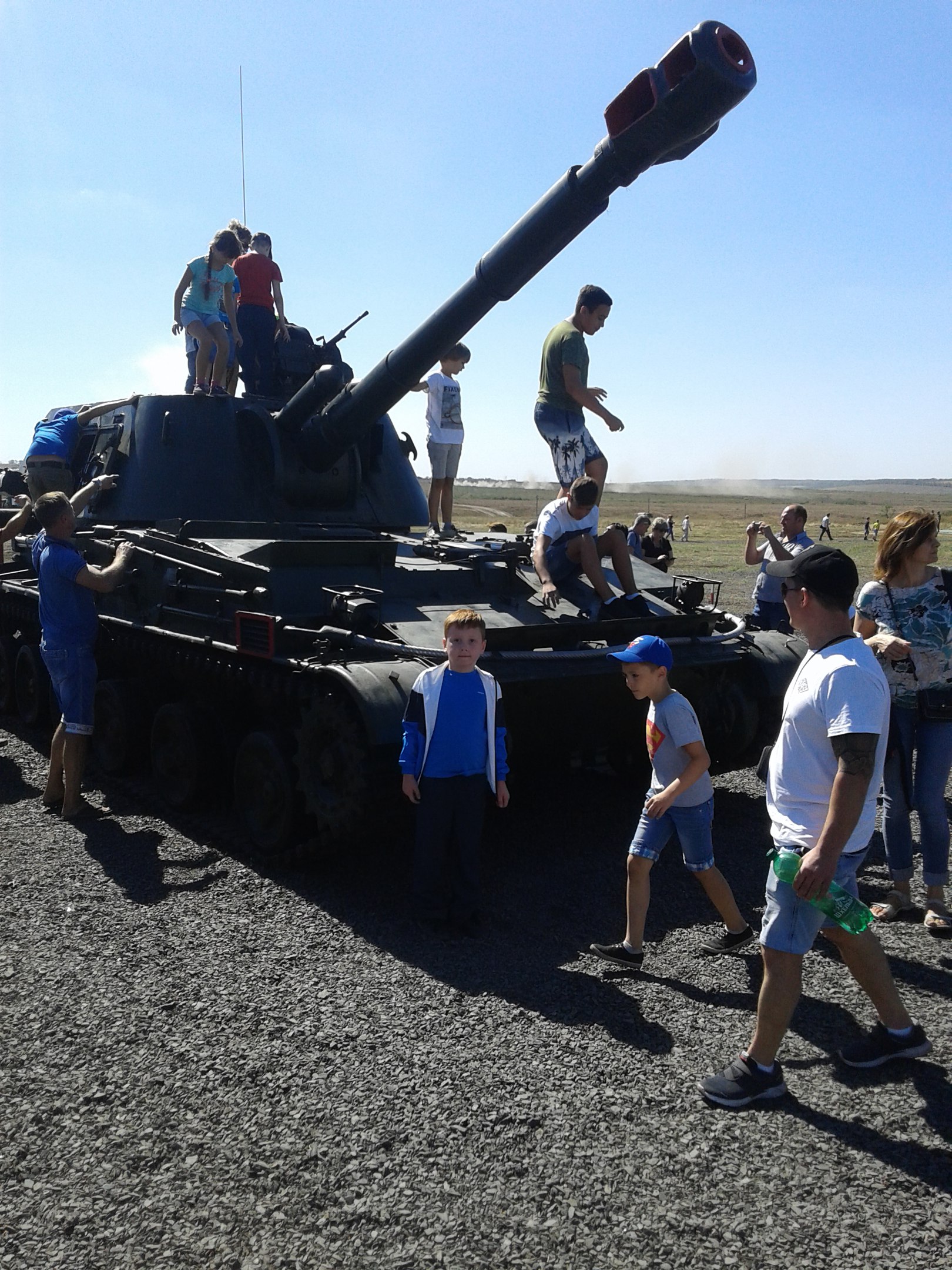 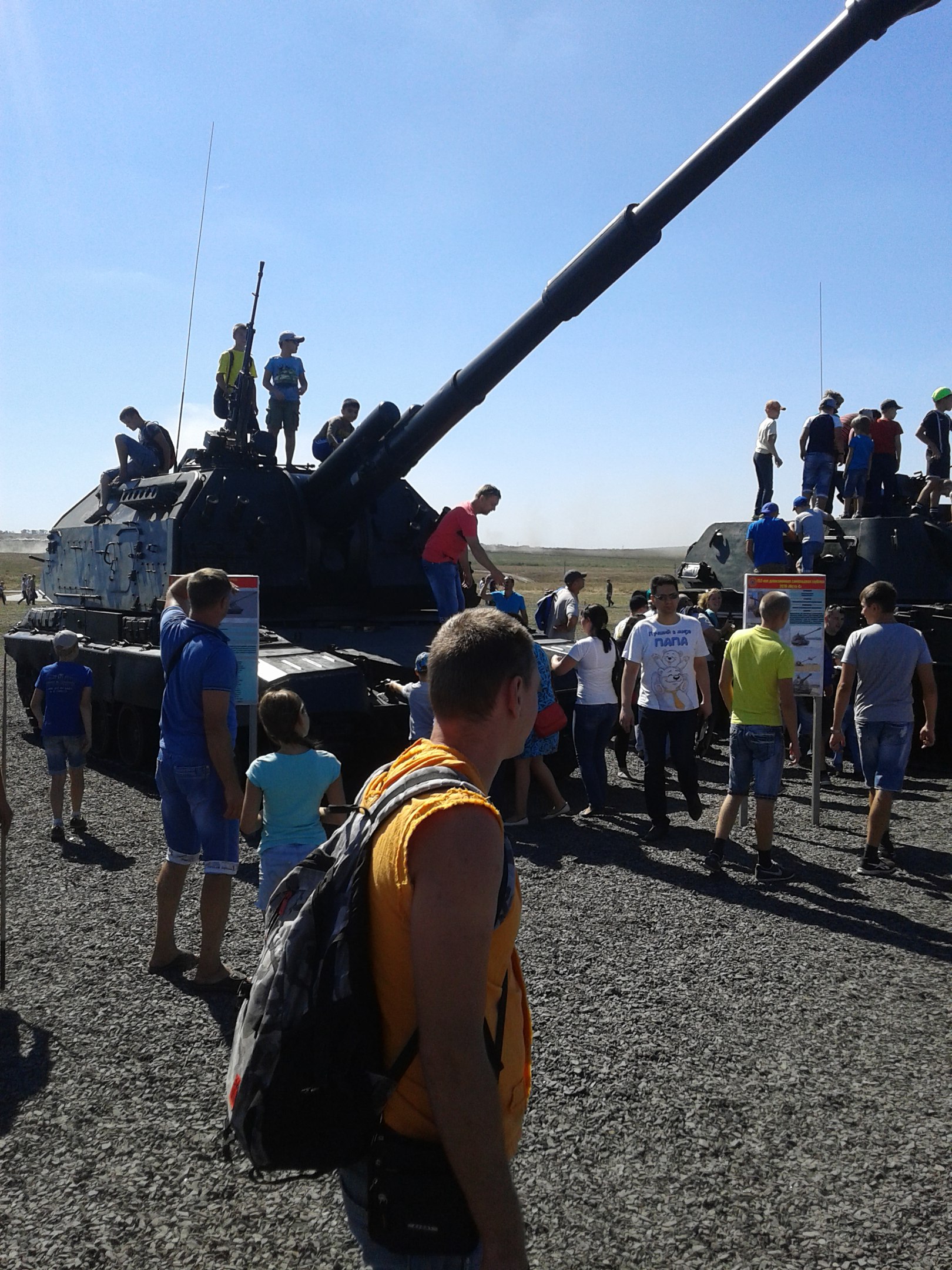 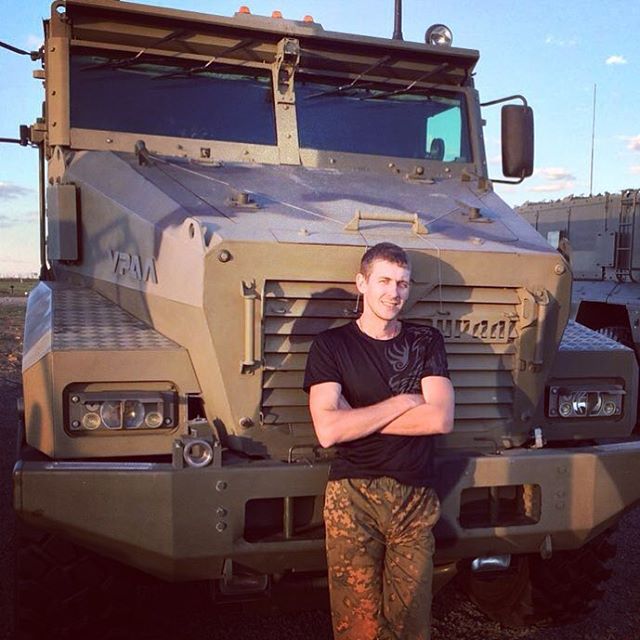 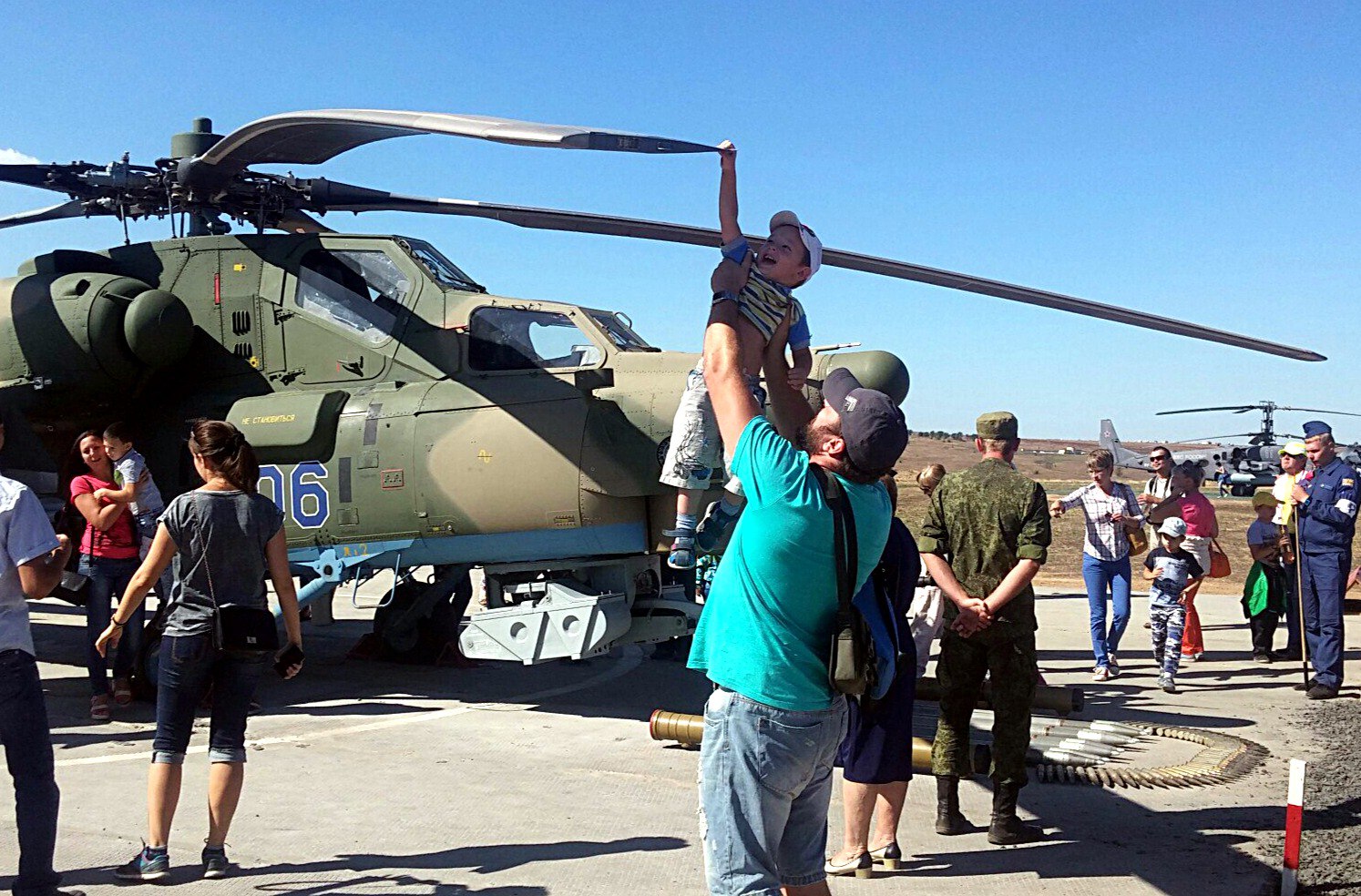 Material prepared for publication based on own OSINT-investigation.

We call on our readers to actively share our publications on social networks. Submission of materials investigations into the public plane can turn the tide of battle information and confrontation.