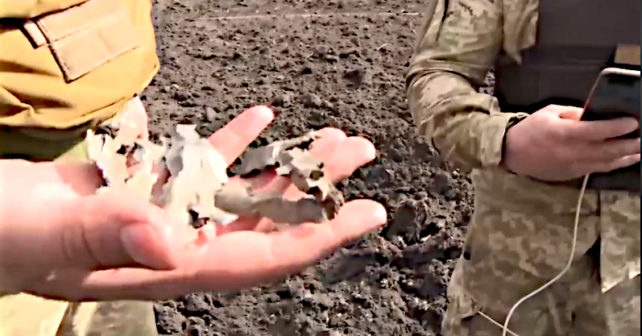 On March 2, the armed units of the Russian Federation for yet another time have consciously attempted to escalate the situation at the demarcation line, willingly violating all of the previous agreements about the cease fire regime.

The Russian occupiers methodically shot at Krasnohorivka village in the Maryinka district of the Donetsk Oblast. The adversary shot at peaceful civilians’ houses with the intention to destroy them, using 120-mm mortars and knowing very well that these projectiles are posing danger for the civilian population’s life and health.

Front windows of a house were shattered by an explosion of a mortar shell, and one resident was wounded by the debris. The wounded woman was promptly given medical assistance. The Russian occupiers’ provocative moves like this one are yet another testimony of their consistent intent to further escalate the war in Eastern Ukraine.

The Joint Forces Operation units have used the available firearms to suppress the enemy fire and to stop their attempt to escalate the combat situation. The Russian occupiers were given an adequate response and sustained an effective damage by the defenders’ fire. The adversary’s casualties are being estimated. The Headquarters of the Joint Forces Operation emphasize that in the future, not a single act of aggression will remain without an adequate response.