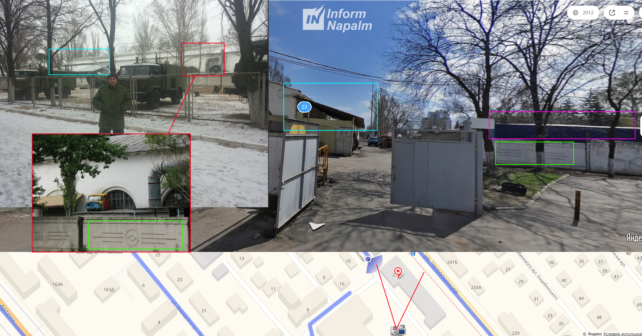 Volunteers of InformNapalm international intelligence community found new evidence that the Russian P-441-OV Liven satellite communication station was used in occupied Donetsk in 2014.   This station was commissioned by the Russian Ministry of Defense in 2007 and has never been supplied to Ukraine. InformNapalm has previously discovered such a station in occupied Luhansk.

A photo of an R-441-OV Liven in Donetsk was posted in his photo album on December, 2014 by Vitaly Olegovich Sinyavsky, a Russian serviceman from the 34th Separate Motorized Rifle Mountain Brigade (military unit 01485, home base in the village of Storozhevaya-2, Karachay-Cherkessia, Russia). 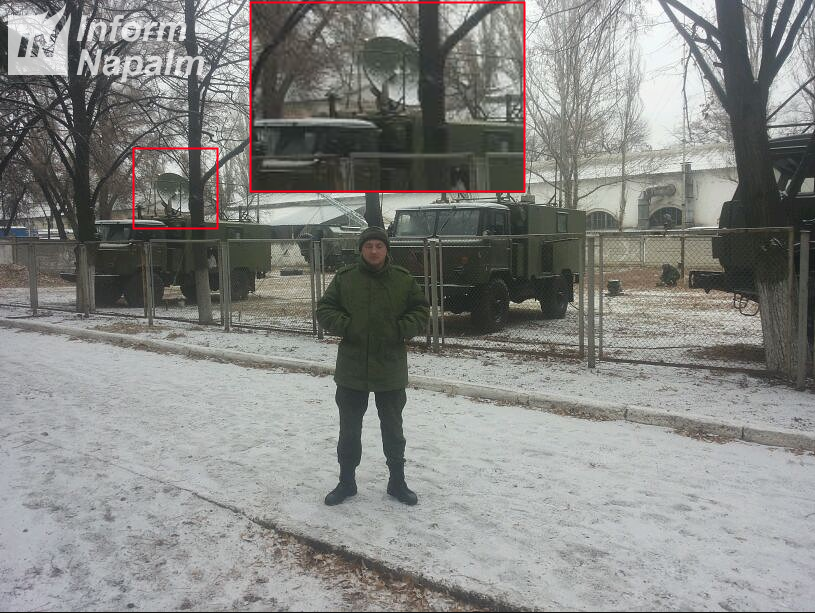 The photo shows the satellite communications station R-441-OV Liven in the background on the left. Near the Liven station on the right, there is a KShM R-142 in the back of the K66N

We were able to identify the place where the photo was taken: Sinyavsky stands near the building at 23 Pokryshev Lane, Donetsk.

Also, Sinyavsky was photographed nearby, in the territory of the paramilitary mountain rescue unit at the address: 7 Nikolenko Street, Donetsk.

The headquarters of the Russian occupation forces in Donetsk

Russian 34th Mountain Brigade participated in the annexation of Crimea

Vitaly Sinyavsky began his path of a war criminal by participating in a special operation to seize and occupy the Crimea.

Vitaly Sinyavsky was born on 10/30/1993 in the village of Dinskaya of Krasnodar Krai, graduated from Krasnodar Technical College. In 2013 through June 2014, he served as a conscript at the 34th Brigade, then continued there as a contract serviceman – a driver at a medical company.

In Sinyavsky’s photo album we found a photo taken on the ferry Nikolai Aksenenko; the photo was posted on April 19, 2014. 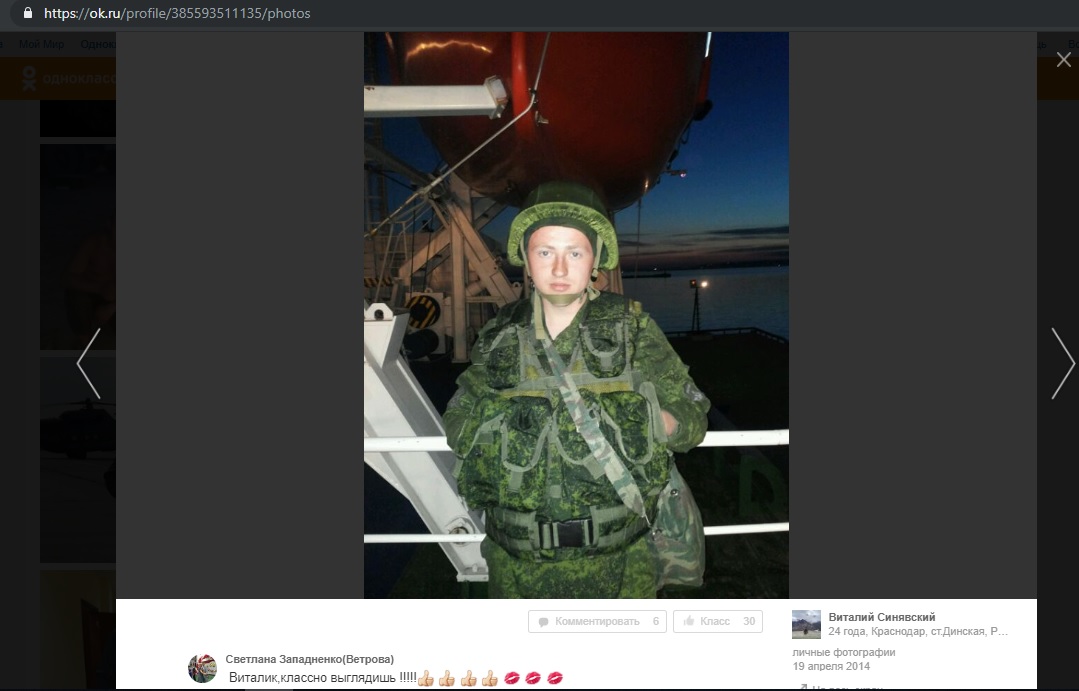 The use of this ferry to transfer the occupying contingent to Crimea has already been mentioned in the material about the Russian 18th Motorized Rifle Brigade.

Here is a photo of the Russian military from the 34th Mountain Brigade at Azovskaya railway station in Dzhankoy Raion of Crimea. 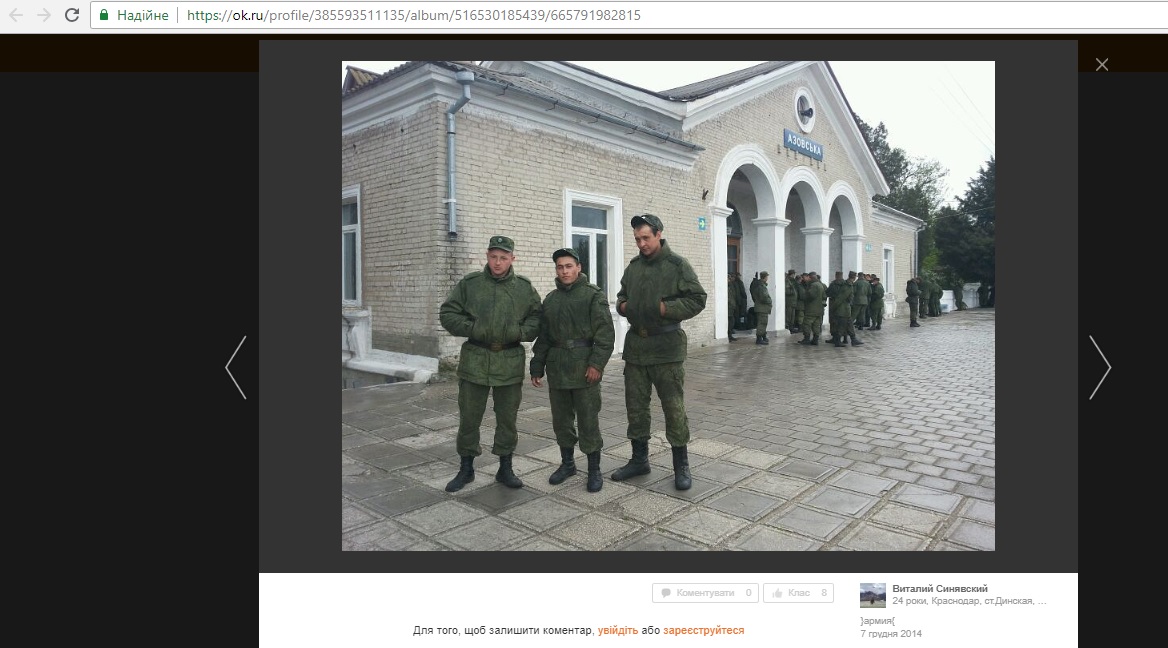 Sinyavsky’s album also contains a photo of the Ukrainian currency which is quite common for Russian invaders: 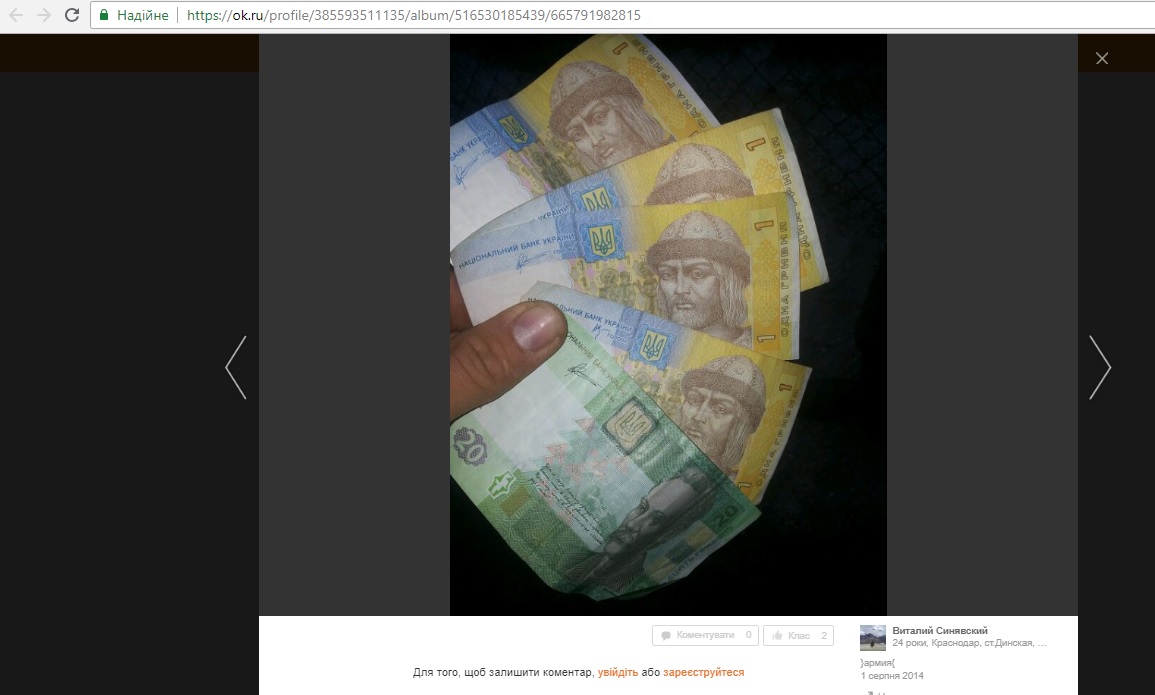 On September 7, 2014, Sinyavsky made a comment regarding his “business trip”:

So, where was Sinyavsky sent to after taking part in the annexation of Crimea? The answer is on the next photo where Sinyavsky is wearing a uniform with a shoulder patch of the DPR Russian terrorist organization. 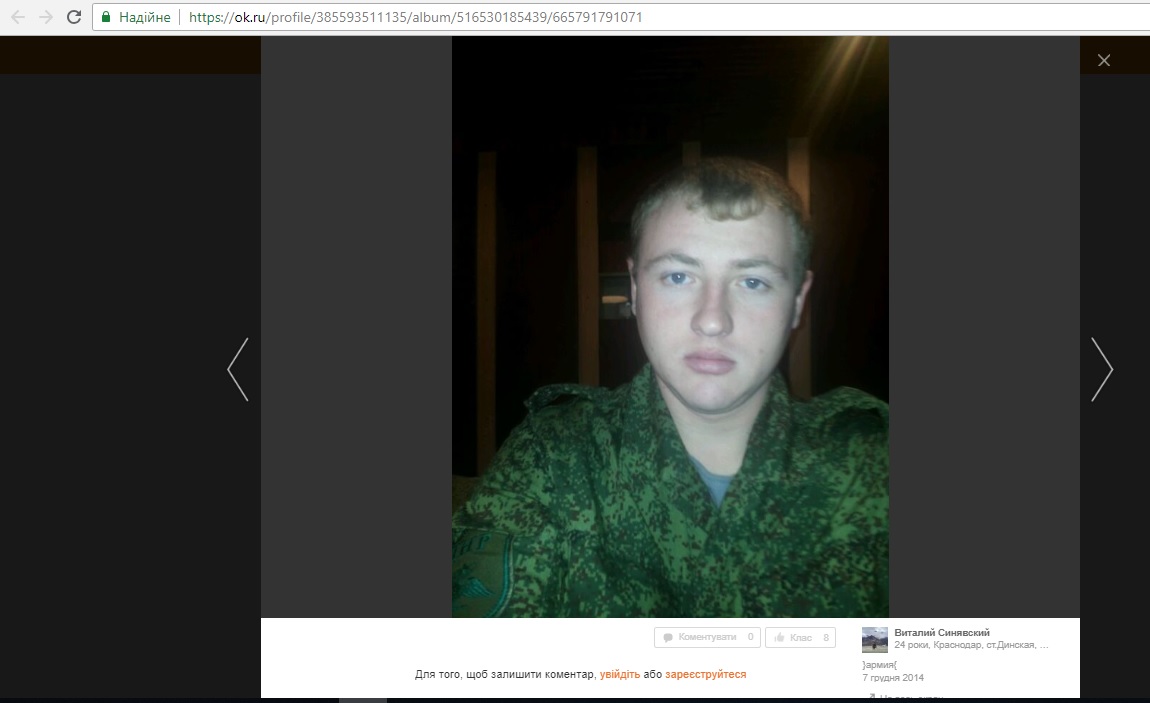 He was awarded a medal “For Distinction in Combat” by the Russian Ministry of Defense for killing Ukrainians. 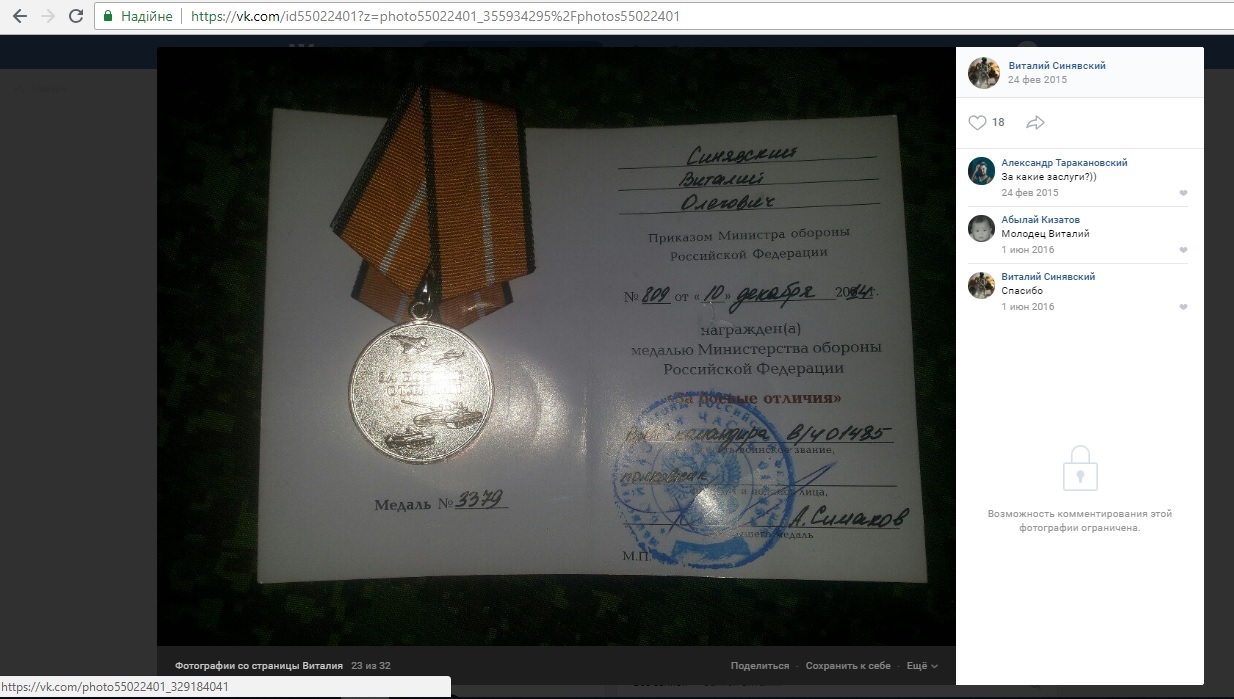 In 2016, Sinyavsky received an award for participation in a parade. This award is interesting because the certificate contains the number of the same military unit – 01485. 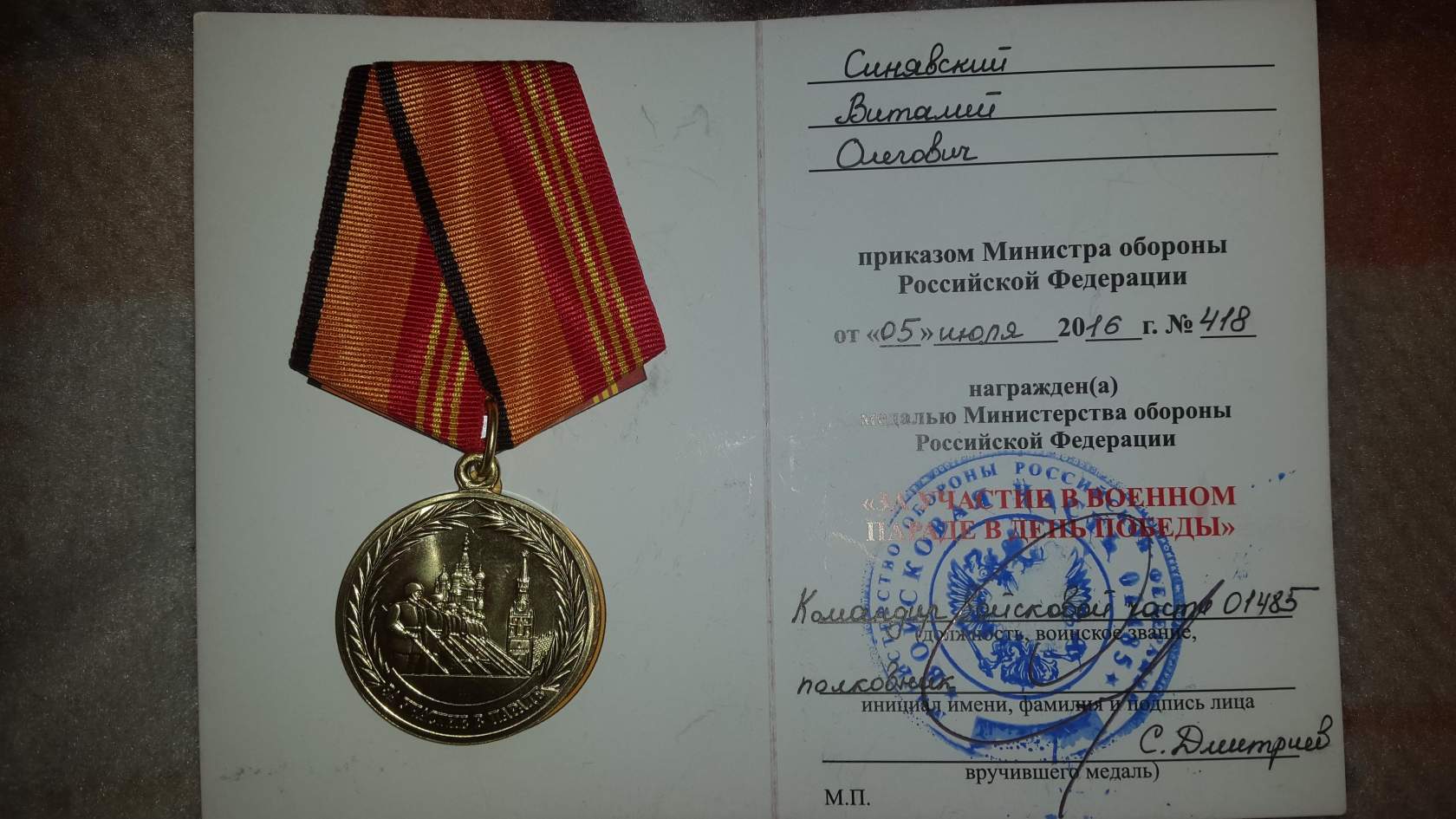 So, Vitaly Sinyavsky participated in the aggression against Ukraine in Crimea and in the Donbas while being on active duty in the armed forces of the Russian Federation.

Commanders of the 34th OMSBr (g)

From 2011 to 2014, the commander of the 34th Motorized Rifle Mountain Brigade was Mikhail Stepanovich Zusko. From summer to late autumn 2014, Mikhail Zusko commanded the 1st Army Corps (Donetsk, Ukraine) of the 12th Reserve Command (at that time – the Center of Territorial Forces, Novocherkassk, Russia) of the Southern Military District of the Russian Federation. For participation in hostilities on the territory of Ukraine, he was promoted. He is on the Main Military Prosecutor’s Office of Ukraine Suspicion Persons List of commanding officers of the Russian Armed Forces and representatives of the authorities of the Russian Federation.

The certificate for Vitaly Sinyavsky’s medal for participation in hostilities in Ukraine was dated December 10, 2014, and signed by the acting commander of military unit 01485, Colonel Alexey Nikolaevich Simakov, who before the war was deputy brigade commander and had the rank of lieutenant colonel.

In November 2015, Colonel Sergey Dmitriev became the commander of the 34th Mountain Brigade.

We want to note that the list of units of the Armed Forces of the Russian Federation that participated in the annexation of Crimea presented by the military prosecutor Ruslan Kravchenko in November 2016, does not contain the 34th Separate Motorized Rifle Mountain Brigade. Now there is every reason to include this unit in the list of occupants and to supplement the evidence base that will be submitted to the International Criminal Court.

As of October 15, 2018, Russian occupant Vitaly Sinyavsky got scared and deleted photo evidence of participation in the annexation of Crimea and the occupation of Ukrainian territories in the Donbas while being in the DPR Russian terrorist organization, from his social media profiles. Out of 284 photos on OK, only 56 were left. By doing so, he actually confirmed the results of our investigation. Probably, now Sinyavsky is in a big trouble with the FSB because he unveiled the headquarters of the occupying forces and the Russian Liven satellite communications station. Though, we have saved all the photo evidence. He will have to answer. 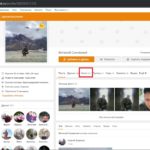 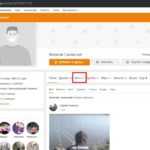 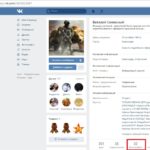 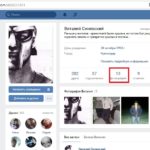 An active link to the authors and our project is obligatory for any reprint or further public use of the material.
(Creative Commons — Attribution 4.0 International — CC BY 4.0 )