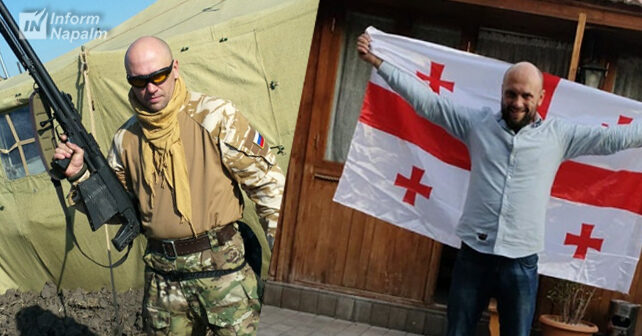 Kirill Krivko, a serviceman of the 3rd Brigade of the GRU of Russia who took part in the war against Ukraine under the guise of PMC Wagner, after being exposed in the InformNapalm OSINT investigation in 2015, took his wife’s last name, Alyoshechkin, to enter Georgia and travel to other countries.  This was reported by Major General Igor Guskov, SBU (Security Service of Ukraine), Retired, expert of the Ukrainian Center for Analytics and Security,  on his Facebook page on June 25.

“In January 2015, the InformNapalm team conducted a good investigation which very well documented the participation of one of the citizens of the Russian Federation in the storming of Luhansk airport in the summer of 2014, including photos and videos with testimonies of Kirill Vladimirovich Krivko, born on December 12, 1979, from Samara. Krivko was a serviceman of the GRU’s 3rd Brigade, [he] was sent to Ukraine as an employee of a Russian military intelligence unit under the cover of PMC Wagner. But after the publication of InformNapalm he had to leave the Donbas urgently, clearing his personal social media accounts… His wife, Alina Alyoshechkina, born on March 18, 1980, owns a travel agency Sto Mirov in Samara. But the fame of the “Russian killer” + a personal record on Myrotvorets website made it difficult for him to leave Russia. Not later than October 14, 2017, he changed his surname of Krivko and took the surname of his wife. And already in August 2019 and in July 2020 as Kirill Vladimirovich Alyoshechkin he enjoyed the friendliness of Georgia, actively covering his travels on social networks. Absolutely relaxed, not even worrying about being detained and extradited to Ukraine. Well, he was not wanted by the SBU, neither by the name of Krivko, nor by the name of Alyoshechkin! How would the Georgian special services know that the blood of Ukrainian defenders of Luhansk airport was on the hands of this scum? And there are dozens mercenaries of PMC Wagner that travel across Europe and Asia like Krivko-Alyoshechkin with no worries. And one day, having changed their last name, they will also come to Ukraine easily to walk along Khreshchatyk and relax in Mezhyhirya. Because the SBU is not Mossad (it is not a reproach but a statement of fact since 2014), and it is unlikely that it will ever become one,” said Igor Guskov in his post.

The post also has screenshots with information about the place of residence (registration) of this serviceman of the Russian Special Forces who fought against Ukraine and participated in combat missions in Syria.

We also add archival photos which helped InformNapalm to determine that Krivko was wounded during the assault at the 307.9 point near the village of Sanzhrivka in Donetsk Oblast. 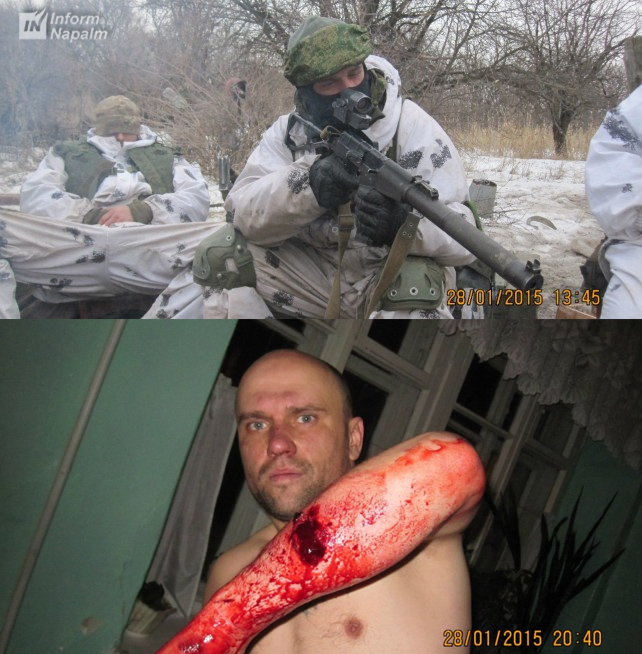 Photo: Photo: On January 28, 2015, Kirill Krivko, a special forces serviceman from the 3rd Brigade of the GRU of the Russian Federation, took a photo with a Russian AS Val rifle. The photo was accompanied by a comment: “Before the assault… in 2 hours I am 300” (“300” means wounded, editor’s note). The serviceman was wounded at 3:30 p.m. during an assault at the point 307.9 near the village of Sanzharivka in Donetsk Oblast. He documented all this on his own VKontakte page. InformNapalm volunteers saved this evidence and published it in the OSINT investigation on January 31, 2015.

Since March 2014, InformNapalm international volunteer intelligence community has been documenting in detail the facts about the participation of Russian military personnel in the armed aggression against Ukraine. These data have a huge potential and become a solid basis for further investigations that may be conducted by law enforcement agencies and special services of Ukraine and other countries. However, the dynamic tracking of persons found through OSINT investigations requires not only significant resources but also the political will and desire of the intelligence services themselves to find opportunities to punish war criminals. As Igor Guskov noted: “the SBU is not Mossad and it is unlikely that it will ever become one.”