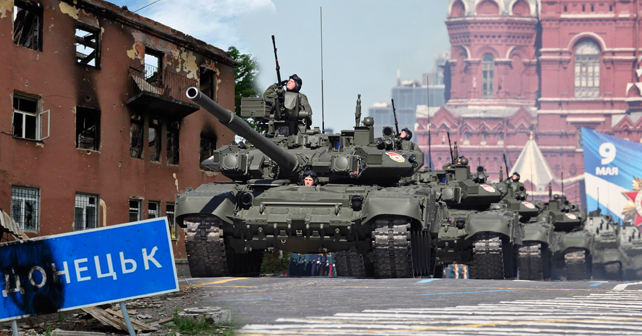 Every year on May 9, Russia celebrates WWII Victory over Germany Day. Celebrations affect even kindergartens and schools. The militaristic propaganda has become a cornerstone in educating the younger generation. Military parades with huge roaring machinery thumping on sizzling-hot asphalt are expected to develop a special kind of love for the Motherland. However, not only military equipment is noteworthy but also the speeches of the head of the neighboring state. It is interesting to look back at our memories of the parades that have taken place since the onset of the Russia-Ukraine conflict.

On this day, it was the first time that equipment and personnel of the Sevastopol-based Russian Black Sea Fleet 810th Marine Brigade marched in Red Square in Moscow. President Putin referred to the V-Day as the day of triumph of the Russian nation and visited another parade in the annexed Crimea. “Crimea Is Ours” became Russia’s national slogan. 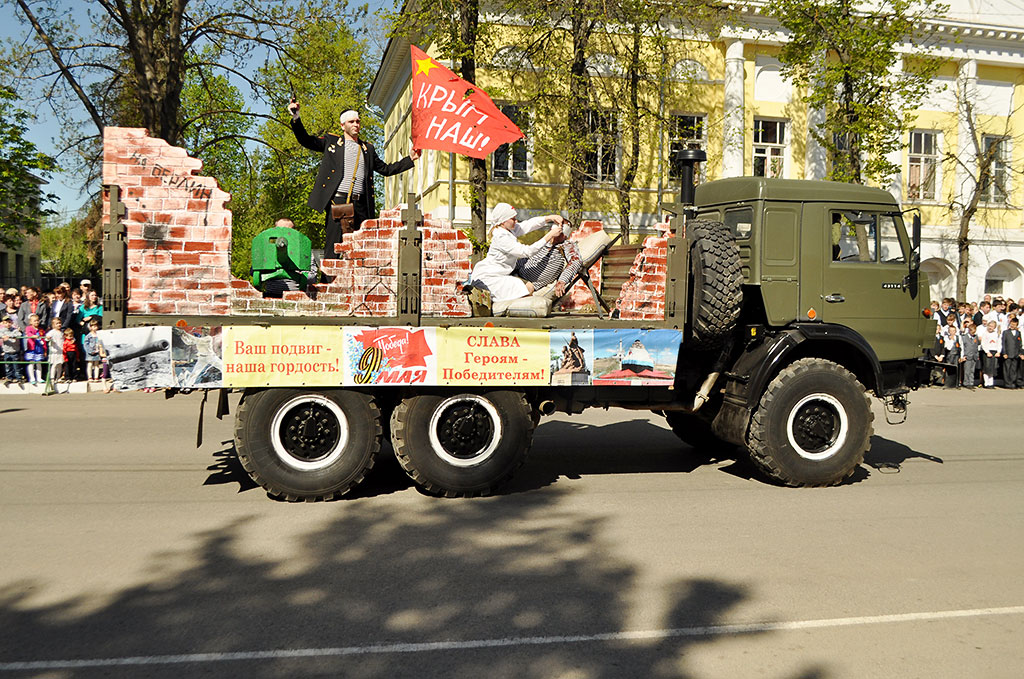 Military personnel and representatives of foreign states were invited to visit Moscow on the occasion of the 70th anniversary of the end of the war against Germany. They included Ban Ki-moon, the UN Secretary-General. In his speech, Putin emphasized that in the post-war time “the United Nations were established and the system of the modern international law was developed. These mechanisms demonstrated their efficiency in solving disputes and conflicts. However, the basic principles of the international cooperation have been more and more frequently ignored over the last decades.”

This statement is a perfect example of the Kremlin’s hypocrisy because it was Russia in the first place that kept ignoring all international rules and principles while the UN demonstrated its impotence in putting an end to Russia’s military aggression against Ukraine. Russia’s regular troops keep flowing into the territory of our country in spite of the universal concern and international sanctions. 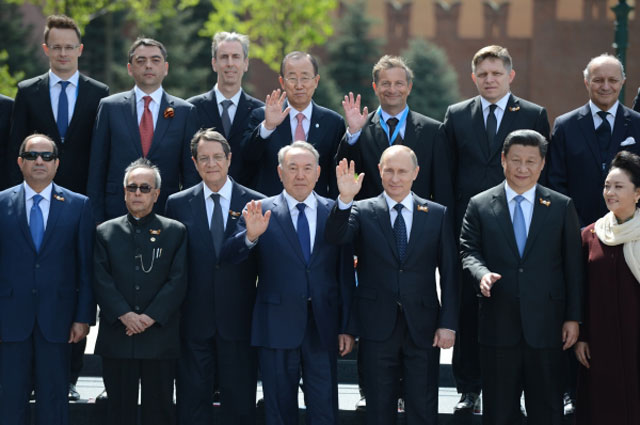 In Moscow’s central square, the President of Russia stated that grandchildren of WWII heroes continued to protect Russia’s interests. However, we could see that in recent years Russia’s interests had been protected mainly in other countries. Russians had turned their attention from domestic issues to yet another military adventure. Russia’s military personnel paraded in Syria for the first time in Khmeimim Air Base with military equipment and aircraft of the Russian Air Force.  Russia’s air strikes killed about 3,600 civilians within just a year of Russia’s participation in the so-called air operations in Syria. 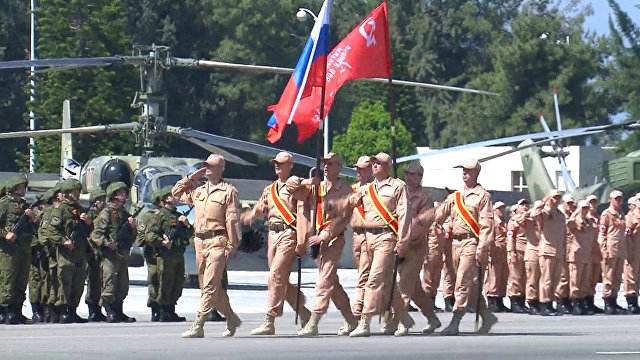 This year, it was declared that it was the 72nd spring without a war in Russia. However, the journalist Arkadiy Babchenko was right to say that Russia has been involved in at least 30 military conflicts both as a part of the USSR and as an independent state. Over the last decade, the conflicts include the war against Georgia, the annexation of the Crimea, military operations in Donbas, and the operation in Syria.

We consider it appropriate to remind the readers that the same equipment and arms, which had been seen in Donbas, were present in many parade formations. They included Tigr and Vystrel armored vehicles, BTR-82A armored personnel carriers, tanks, Grad and Smerch multiple-launch rocket systems, Pantsir-S1 self-propelled anti-aircraft missile and gun systems, and Tor surface-to-air missile systems.

Earlier, we reported what types of Russian military equipment could be seen during the parade in the occupied Donetsk.

The aircraft flyby that was expected to become the highlight of the Moscow parade, was cancelled at the last minute due to weather. Most of the air formation’s pilots took part in the Syrian operation. We know how much woe and death was wrought by the so-called precision strikes of the Russian Air Force.

All this equipment and arms contribute to the war rather than bring peace. While the slogan of May 8 and 9 memorial events in Ukraine is “Never again!”, the Russians keep repeating their aggressive “We can do it again!” mantra.

This publication was prepared on the basis of an OSINT-investigation by the InformNapalm international volunteer group. Graphics by Lukyan Turetsky.