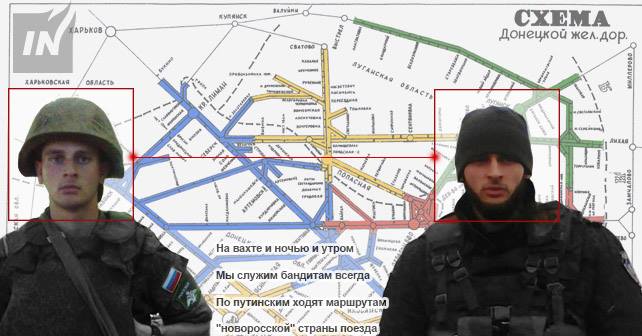 “Universal Soldier”: a Russian serviceman from the Railway Troops was detected among the personnel of the Somalia Battalion. 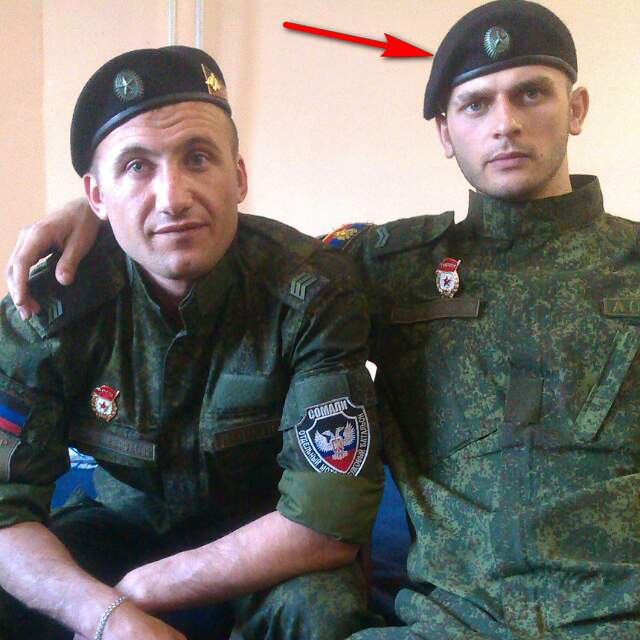 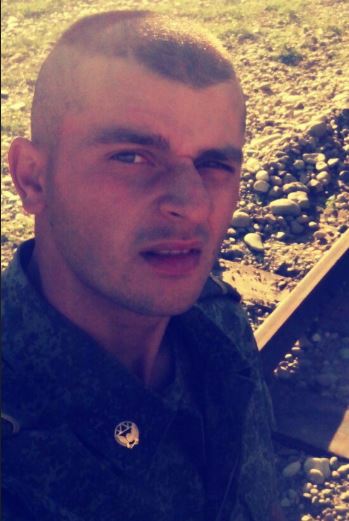 Apparently, he is a contract soldier of the Russian 39th Separate Railway Brigade from the  South Military District (previously, military unit #01228, since December 1, 2015, it has been a military unit # 98546, Krasnodar. Units of this brigade are located in the towns of Tomashevsk, Kurganinsk and Kerch in occupied Crimea, Ukraine). He served as a conscript from autumn 2014 to autumn 2015 and then signed a 3-year contract.

Identification of the location on the photo  uploaded in December 2016: M. Zakriev stands in front of the Paralel # 34 gas station in occupied Makiivka. The coordinates are: 48.0373712, 37.9626238. Yandex maps  service allows to look at this area in greater detail.

The fact that Zakriev served in the Russian Railway Troops and the Somalia Battalion of the DPR at the same time can be indirectly proven by his friend contacts. For example, one of his friends Slavik Arakelian posted pictures which show insignia of the Railway Troops. The pictures were uploaded in 2016-2017 and demonstrated that Slavik served in the military unit # 01228. Zakriev himself has enough pictures in his albums which were uploaded in 2016 where he is depicted wearing Russian military camouflage with insignia of the Russian Railway Troops and military equipment on the background (these pictures are absent from his old VK account). 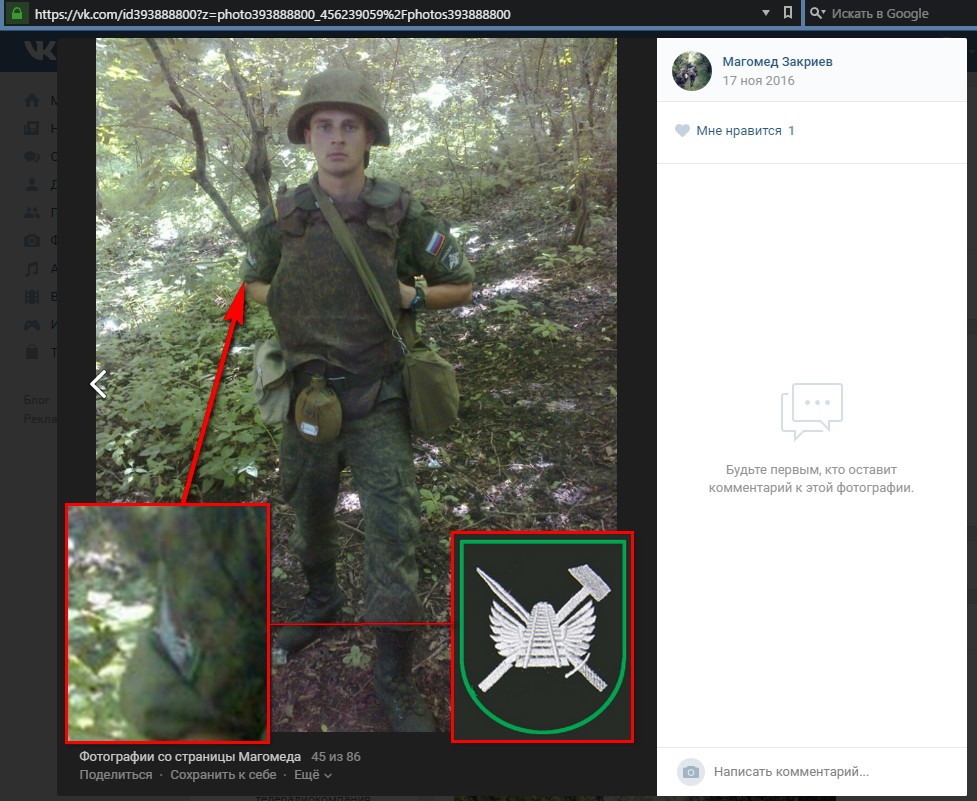 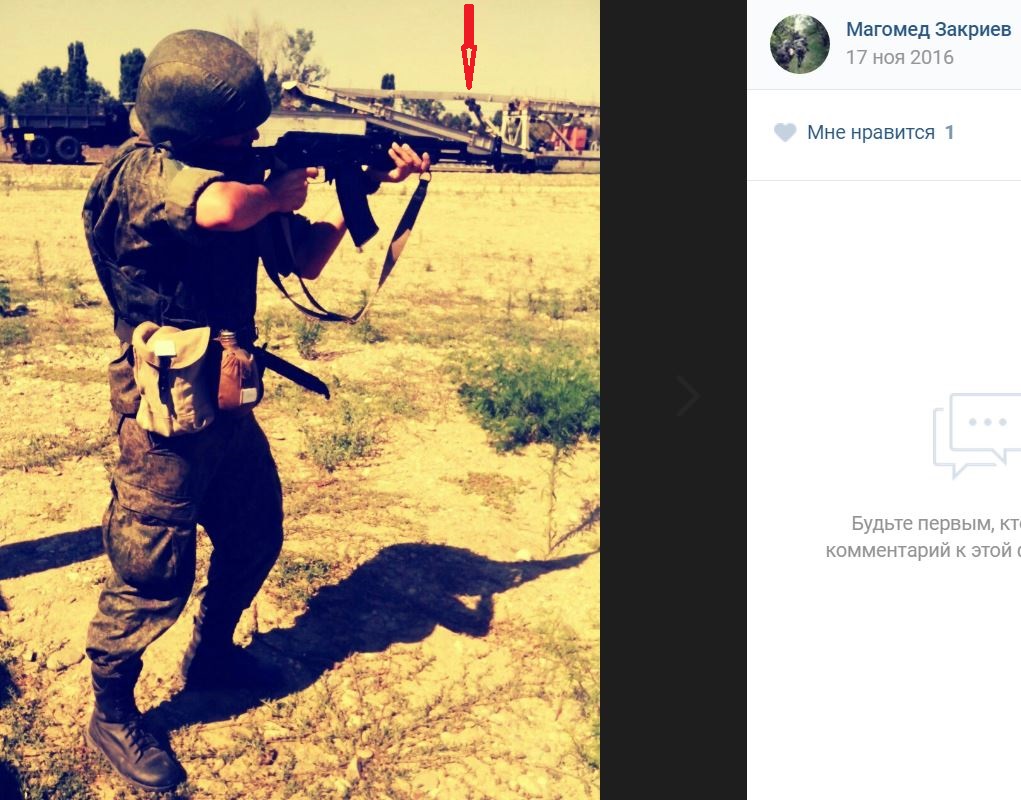 Even if we assume that M. Zakriev does not serve in Russian army anymore, he is still disclosed by a picture with his military awards, which was uploaded on his inactive account on December 3, 2015, and then on his new account. In particular, the picture with the black uniform shows two unofficial awards. One is a so called medal “For Service in North Caucasus” . This medal is usually worn by contract soldiers and ‘veterans’ of the South military district.  Another one is a so called medal “For Military Virtue” , created by the all-Russian organization of veterans Military Brotherhood. This medal has been detected multiple times (1 , 2 , 3, 4 ) on the uniforms of current Russian serviceman who had gone through Ukrainian deployments. These medals were also accompanied with award papers with stamps of the so called “D/LPR”. This brings us to the conclusion that M. Zakriev was in the Donbas back in 2015, while he served as a Russian conscript. 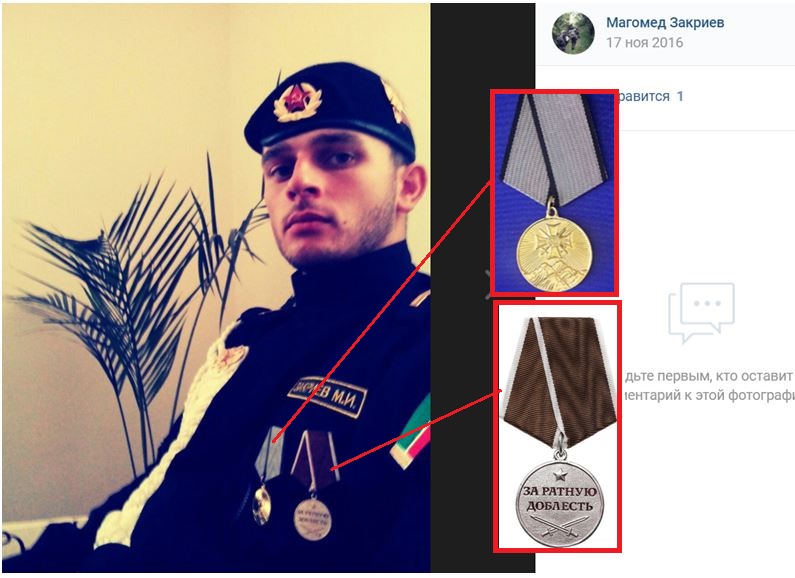 We also should note a series of staged pictures from the picture album of M. Zakriev, where he poses on the front line holding different types of weapons. Of course, Zakriev was ashamed to post pictures that would reflect his real everyday service with a pick and shovel at the railroad. His fellow countrymen from the Caucasus would probably laugh at those pictures. That is why he had to present himself fully armed – with a machine gun which has a grenade-launcher attachment, a machine gun with a silencer, a heavy machine gun, a grenade launcher, in other words – with all possible arsenal which was available to him at the moment. 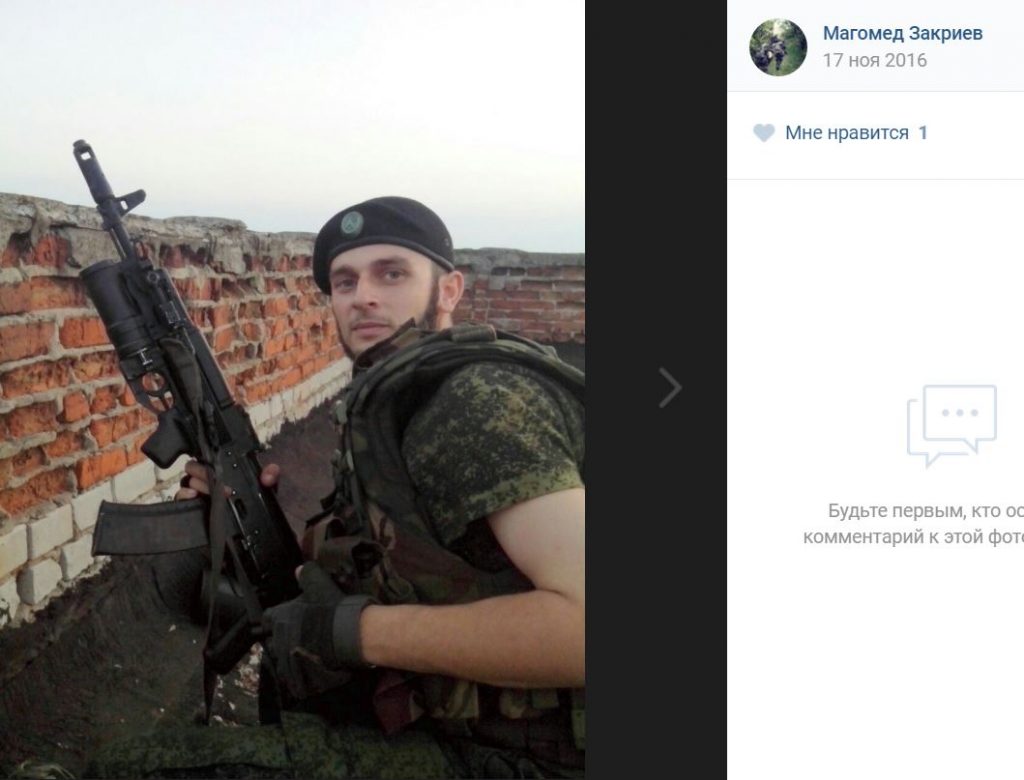 As we know, by the mid 2014 the losses of the Donbas railroads were estimated  at 300 million hryvnias. Considering that the pro-Russian puppet regimes of the D/LPR have neither resources, nor specialists to rebuild important railroads, and that from time to time separatists’ media inform about  repairing railroads, we can assume that the Russian Railway Troops are used for these purposes.

Material was prepared based on the information provided by Vidal Sorokin, exclusively for InformNapalm international intelligence community.