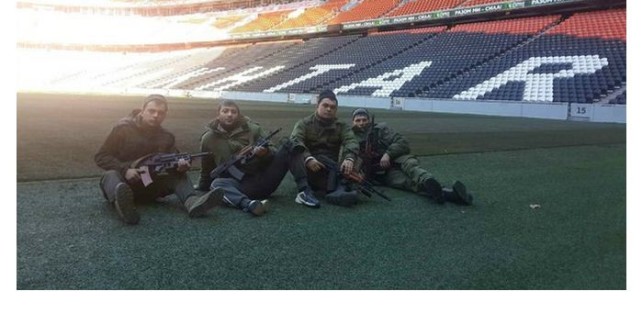 An OSINT investigation has revealed a homepage of a Russian serviceman from the 99th Logistic Support Brigade (military unit 72153, Maykop, Republic of Adygea, Russia) of the 49th Army of the Southern Military district. The homepage contains a photo taken in Donetsk, at the Donbas Arena stadium. 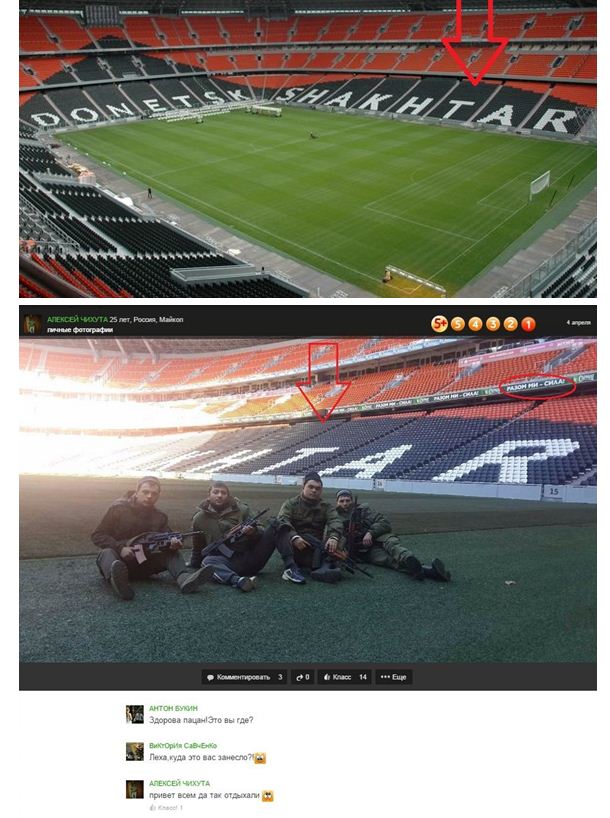 According to VK social network profile (personal data, photos, contacts and geotags) of the Russian serviceman Alexey Chikhuta from 99th Logistic Support Brigade, his subdivision from Maykop has been observed in Oktyabrskiy and Kamenskiy raion of the Rostov Oblast and also at the Donbas Arena stadium in Donetsk. Most photos were uploaded in the beginning of April and they were probably taken during last two months. 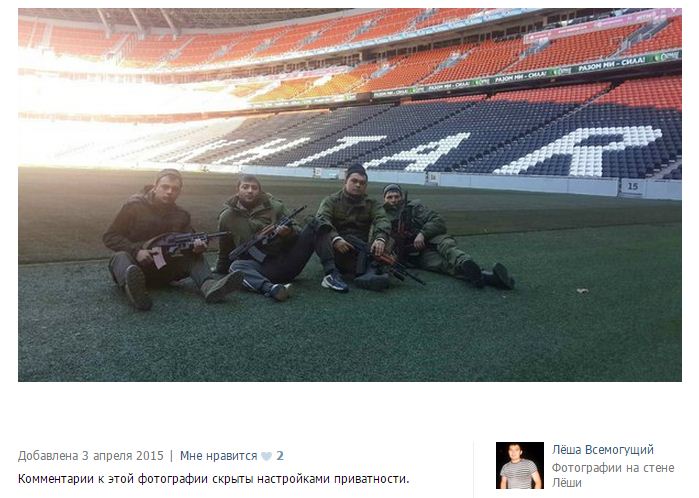 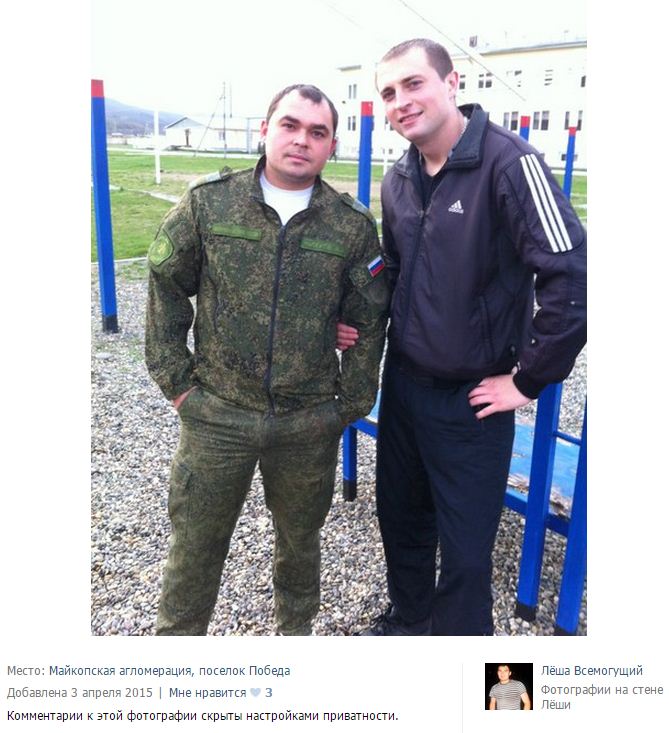 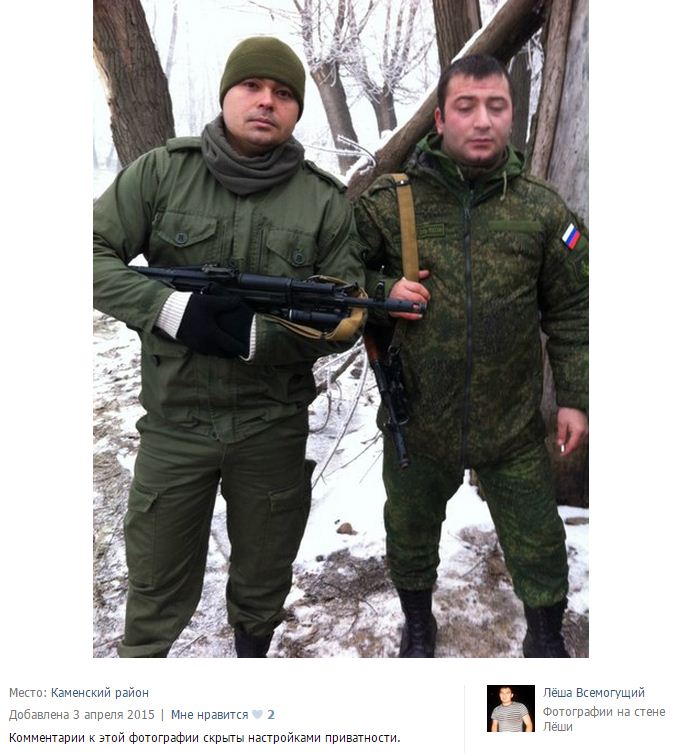 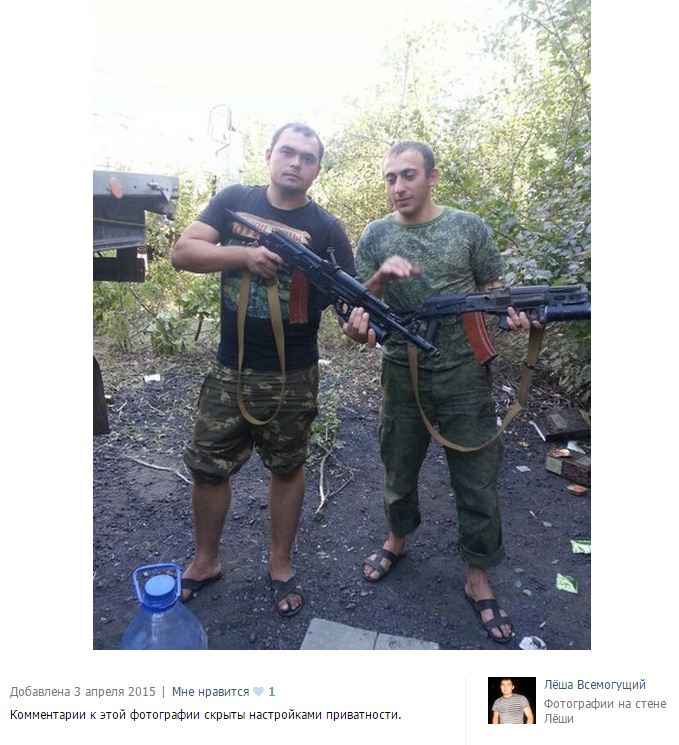 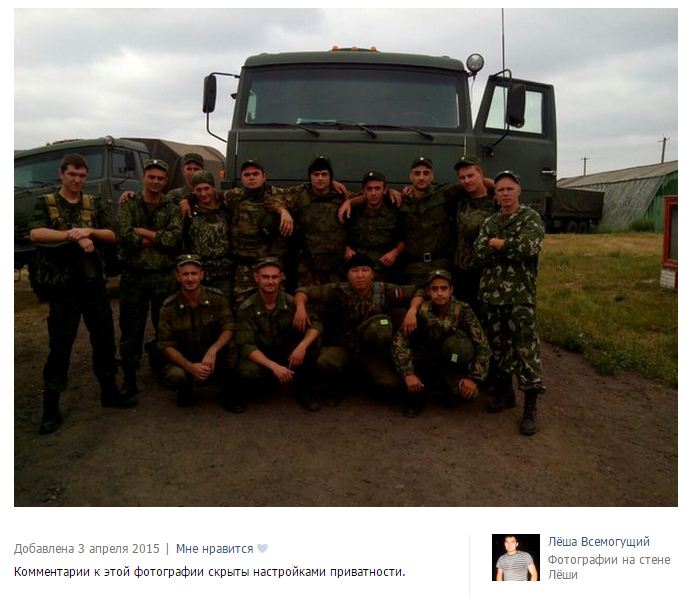 The evidence confirms that previously announced information on the participation of the units of 99th Logistic Support Brigade, together with other logistic support units, in military freight to Donbas.

Note: 99th Separate Logistic Support Brigade of 49th Army of the Southern Military district, military unit No. 72153 is based in Maykop, Republic of Adygea, Russia. It was organized in the end of 2010. Its supposed composition is:

The main missions of the Brigade are the logistical and administrative support of units of 49th Army. They include force and ammunition projection; rearming and refueling; recovery of weapons and military equipment; catering and bath service; water supply etc. 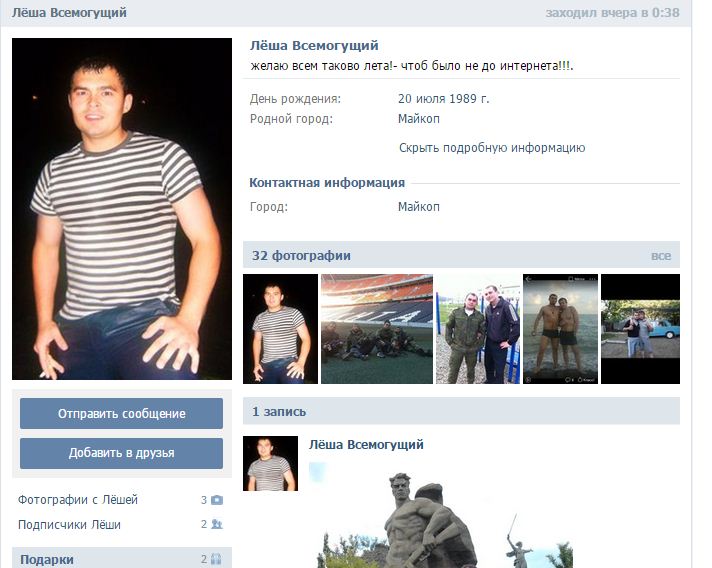 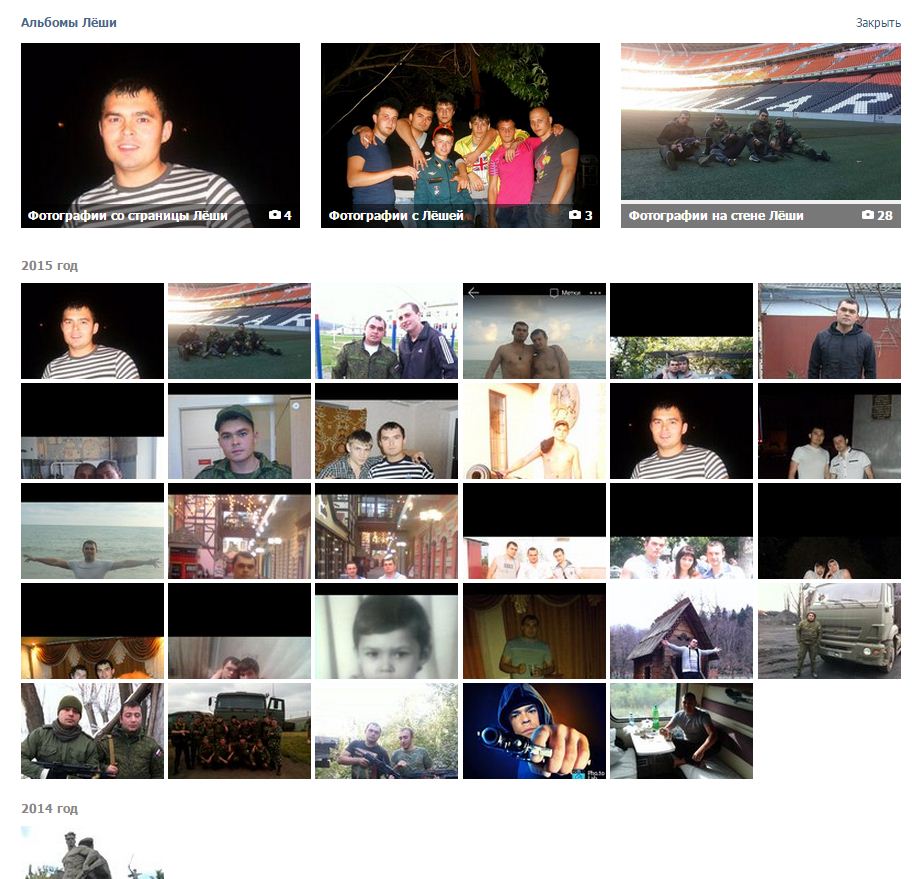 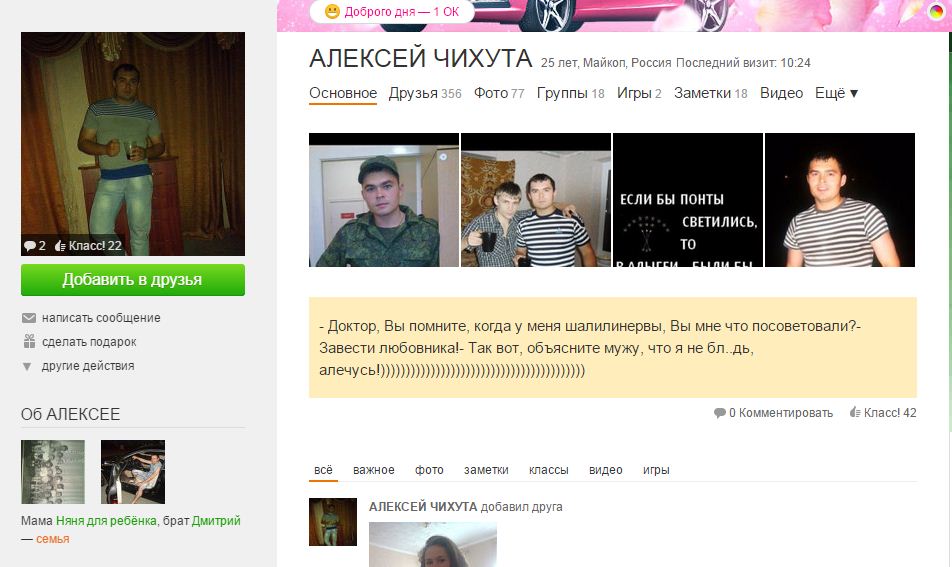 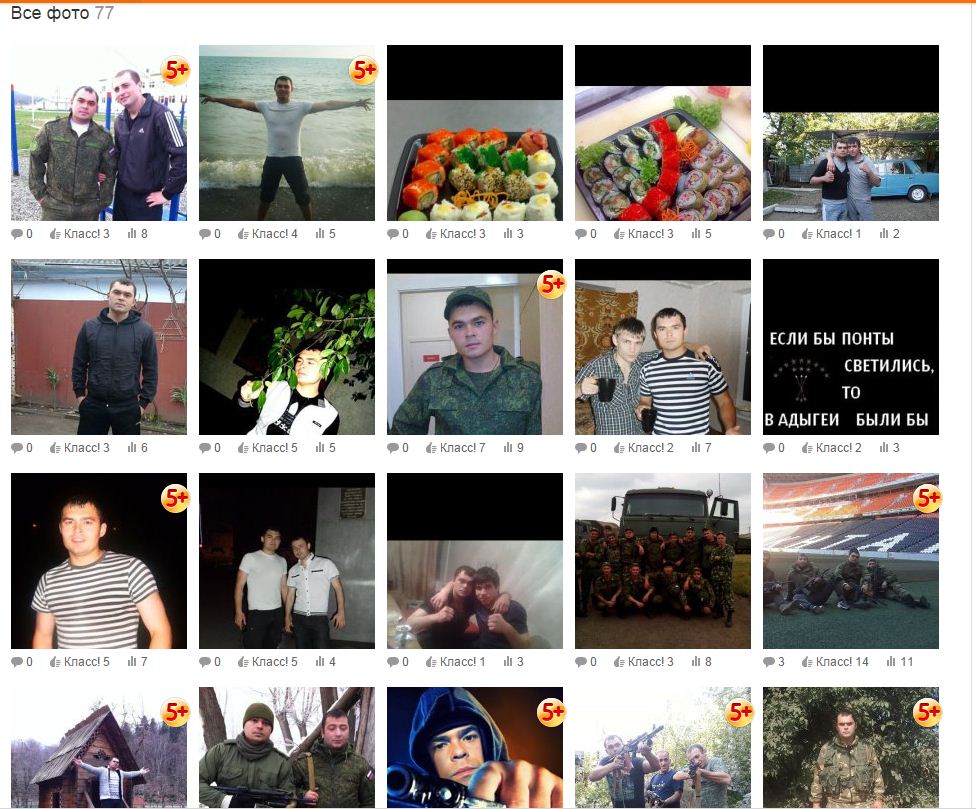 InformNapalm reported already in September-November 2014 on the use of the units of 99th Brigade in the process of the transfer of weapons and equipment to Donbas. See references:

See also a video provided by our colleague Andrey Garin :

We thank our friend Kris for the help with finding profiles of Russian occupants.