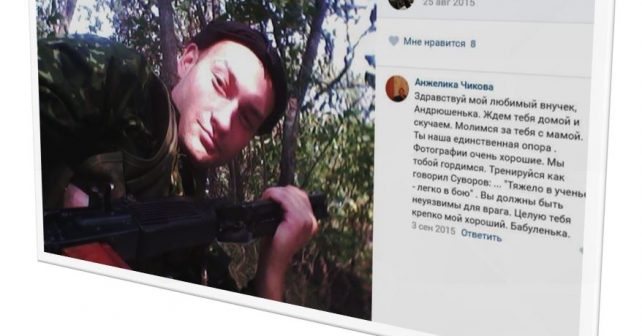 A contract serviceman of the 4th Military Base has been identified in the ranks of Cheburashka illegal armed group in Donbas. The base is stationed in Tskhinvali, in the part of Georgia occupied by the Russian Federation.

During its three years of activity, InformNapalm volunteer intelligence community has identified more than 75 military units of the Russian Armed Forces, involved in the undeclared war against Ukraine. Most of the identified units belong to the Southern Military District, including the Russian military bases deployed in the occupied regions of Georgia.

We discussed at length in many publications “Rostov-Ukraine missions” of the servicemen from the 7th Military Base of the 49th Army, Southern Military District (military unit #09332 stationed in Gudauta, Abkhazia, keeping up the Russian occupation regime of this part of Georgia). This military unit featured in 28 (!) of our investigations, and its “Donbas epic” covers the period from 2014 to 2016.

However, relatively little is known about the participation in the war against the Ukraine of the personnel of the 4th Military Base (58th Army, Southern Military District, military unit #66431, Tskhinvali region of so-called South Ossetia, Georgia). The identification of the military equipment of this unit in Donbas, in particular of KAMAZ-43269 Vystrel infantry mobility vehicle (IMV) in late 2014 and early 2015, has become one of the most notorious episodes related to the 4th Military Base (read more: Tshinvalii “shots” in Luhansk). But there has been no information about the participation of the personnel of the 4th Base in the war against Ukraine until now.

Our new OSINT investigation allowed us to identify a contract serviceman of this unit on a “Ukrainian mission”. 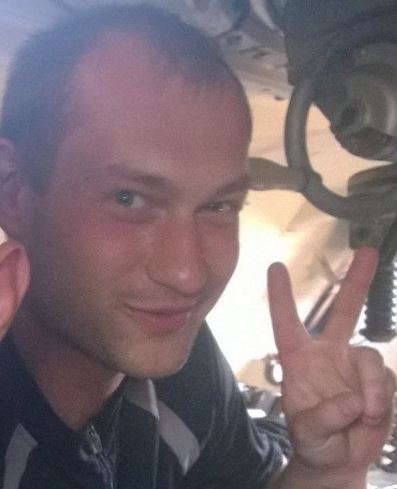 Born in the town of Volzhsky, Volgograd Oblast. Did conscript military service from 2010 to 2011 in the Airborne troops, presumably 247th Air Assault Regiment of 7th Airborne Division. Since the end of 2013 served on contract at the 4th Military Base, presumably as a sniper. In the spring of 2015 he was sent to Kolomna training center for UAV operators.

Since August 2015 he was seen in the Donbas participating in illegal armed groups in the area of Novoazovsk, particularly in the so-called 3rd Stalingrad Company of Cheburashka battalion. 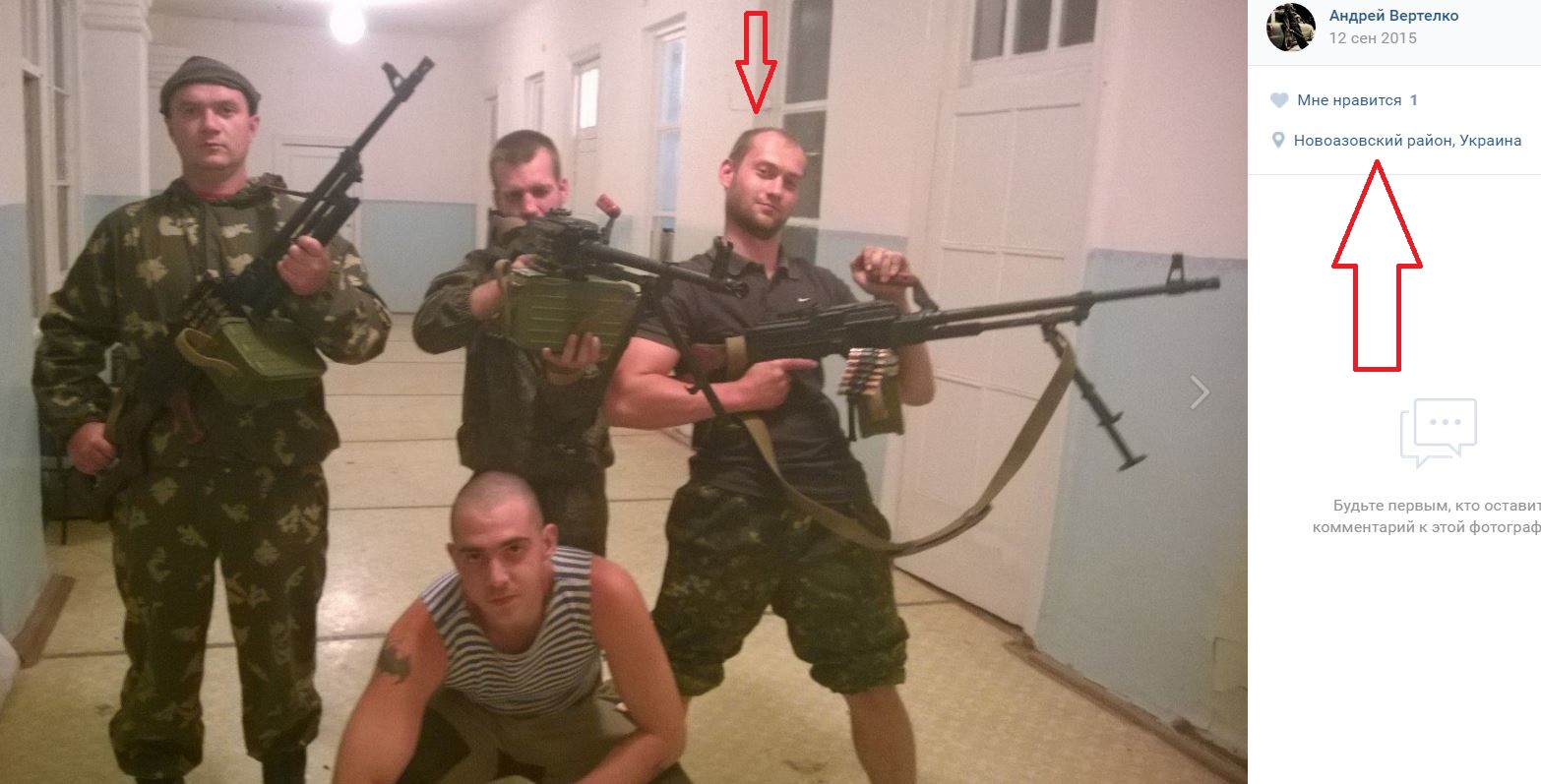 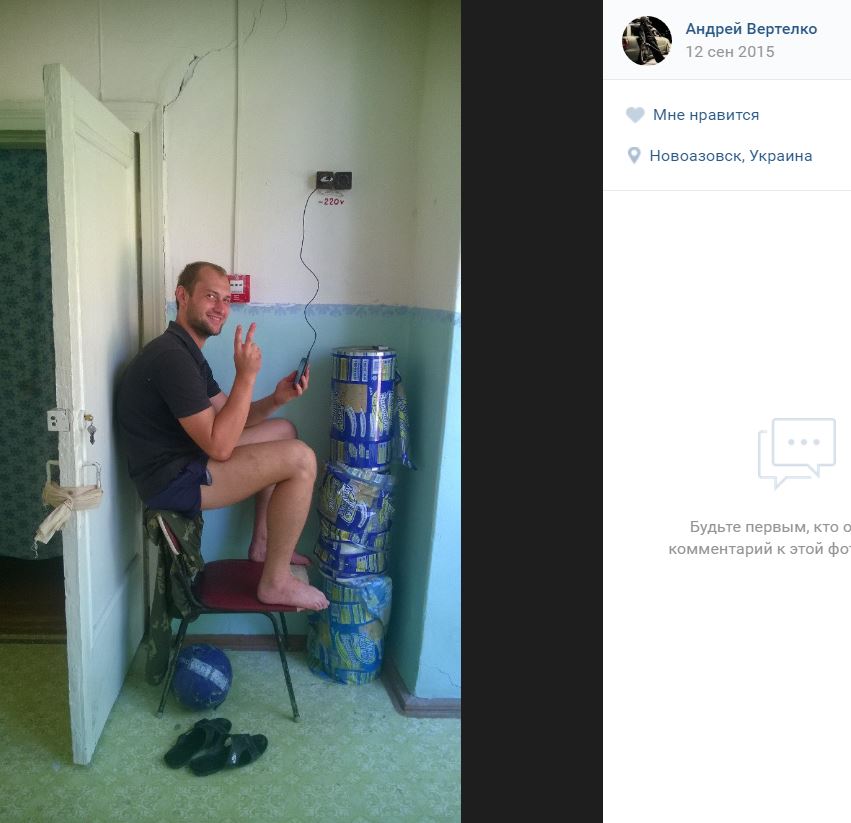 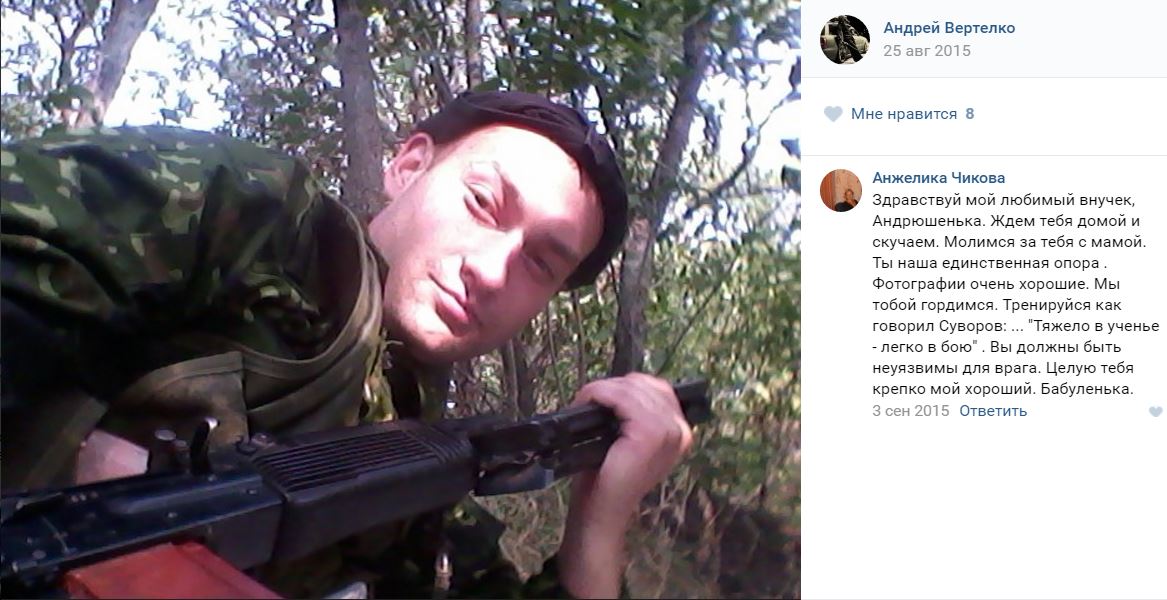 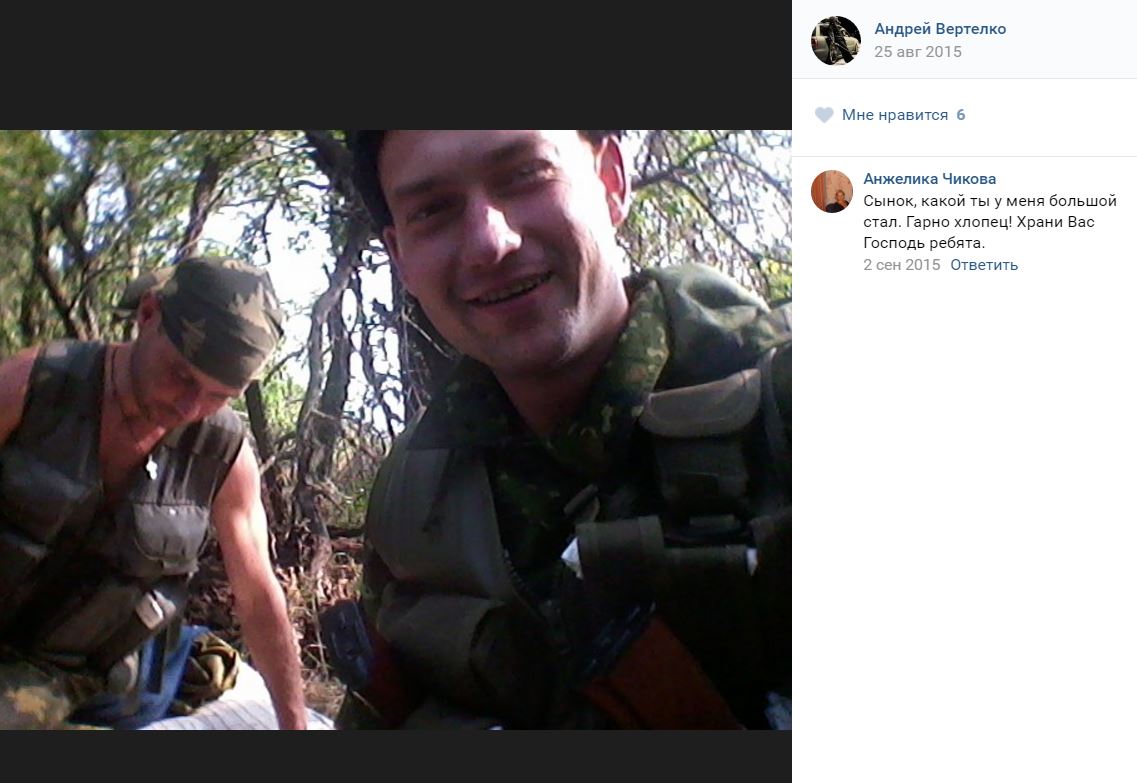 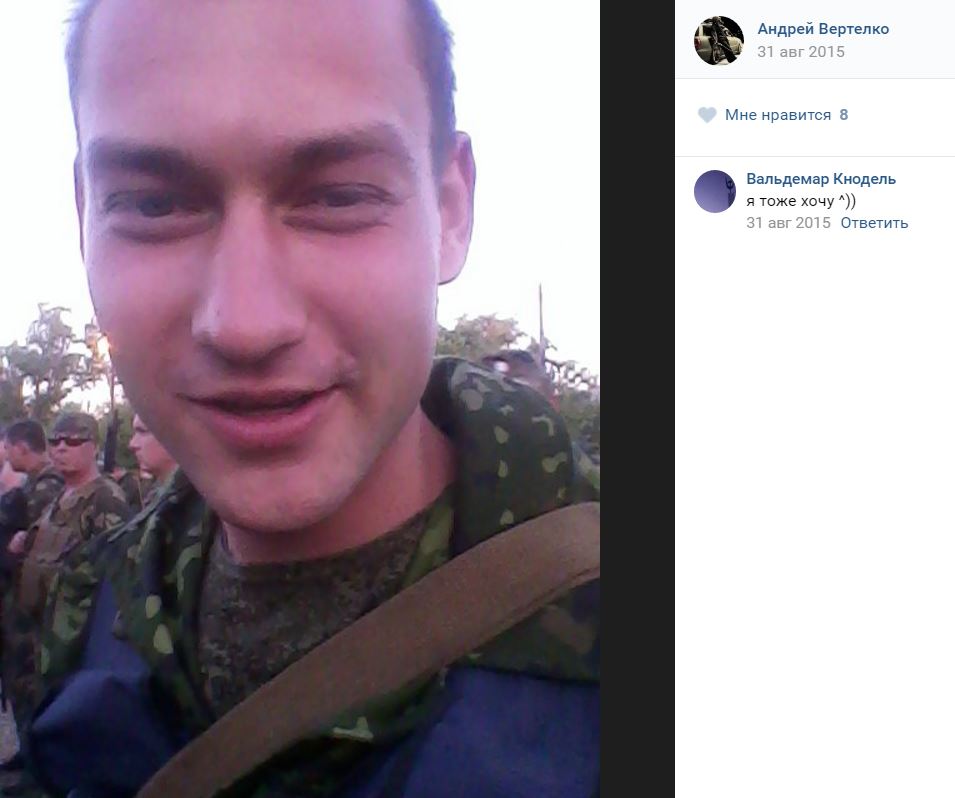 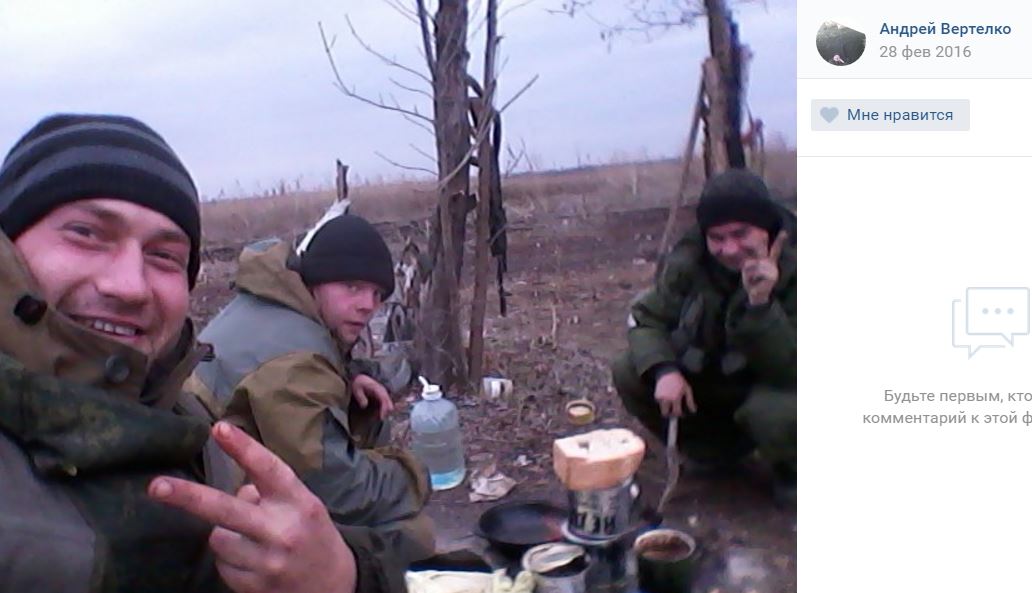 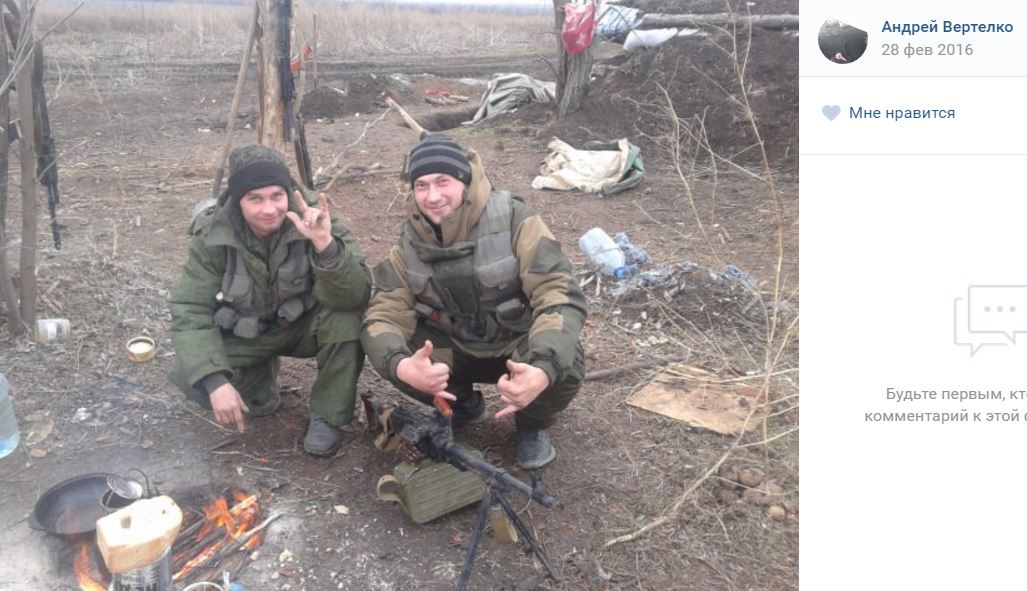 As of 2013 and later on, at the time of the “Ukrainian missions” in 2015, Vertelko has been an active Russian military man serving at 4th Military Base. This is confirmed by the photos from the Russian-occupied Tskhinvali region of Georgia in his albums, e.g. a photo posted in December 2013 showing Vertelko with his SVDS rifle on the background of a Georgian village ravaged and destroyed by Russian invaders. There are also telling images from spring and summer of 2015: a photo in front of a green barrack typical for the 4th Base (marked with a red arrow), a panoramic picture of identical barracks, slides with the St. George statue. 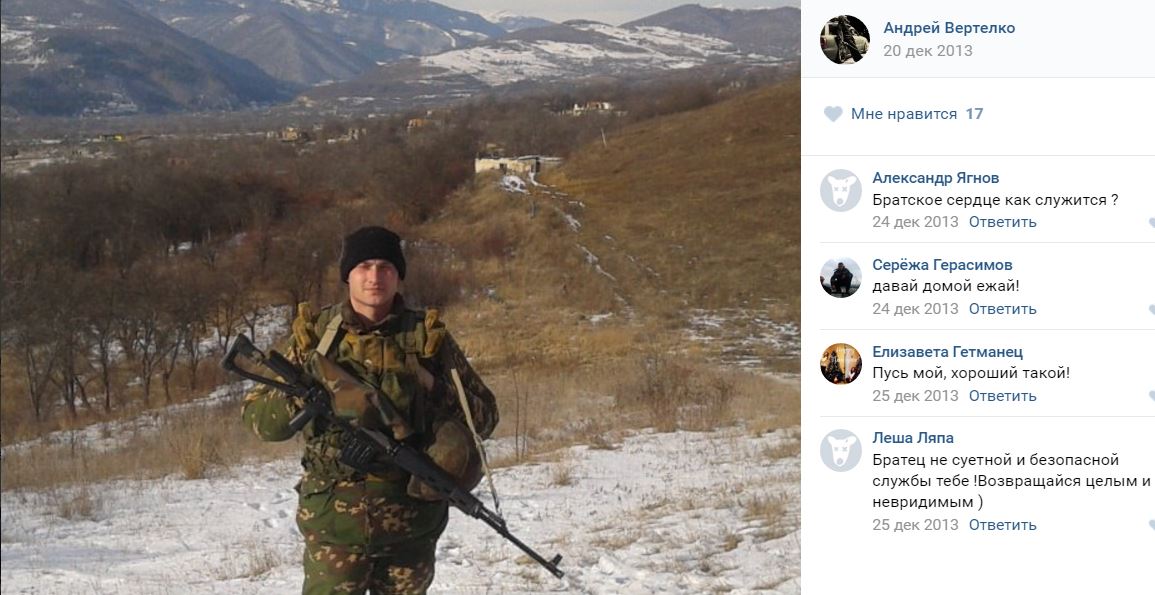 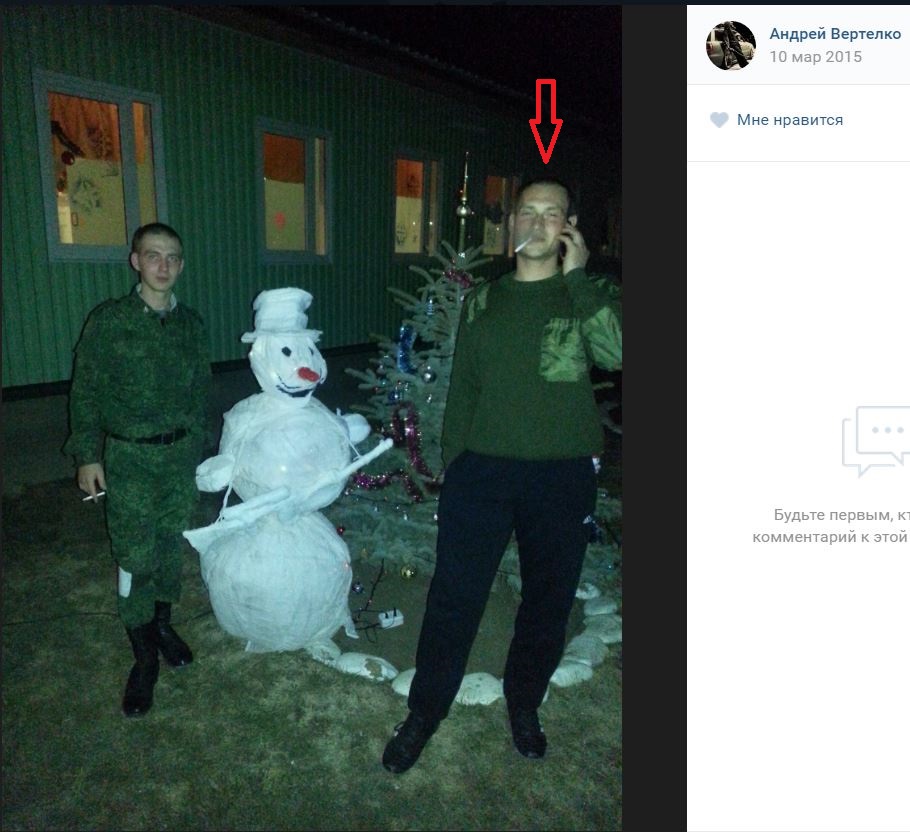 Moreover, we established that prior to transfer to the Donbas in the spring of 2015, Vertelko had been trained as a drone operator in Kolomna, near Moscow at the Centre for Combat Training and Flight Personnel Training (evidenced by a geolocation tags on multiple images).

Incidentally, on the images of the same series (some of them posted in Vertelko’s second profile in 2016) we identified his colleague from 4th Military Base Alan Kevrosov (marked with a blue arrow), with whom Vertelko was trained as a junior UAV operator. 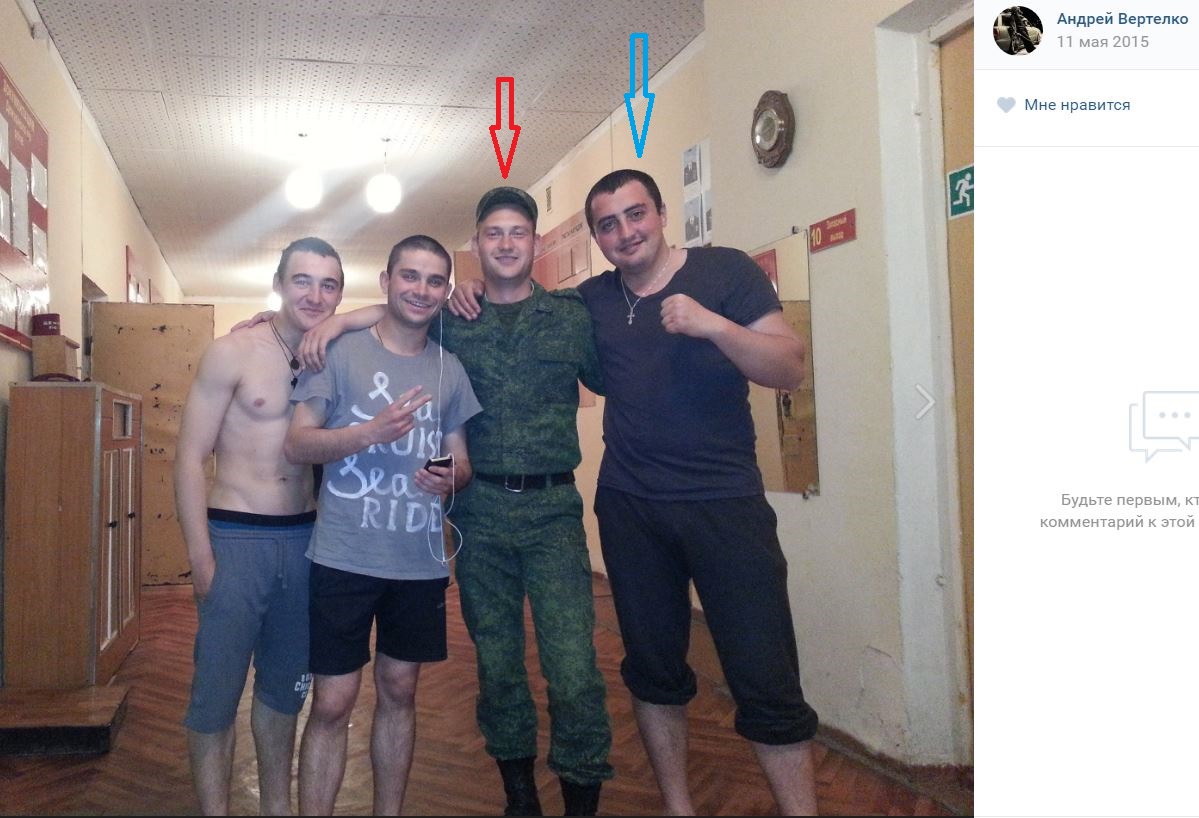 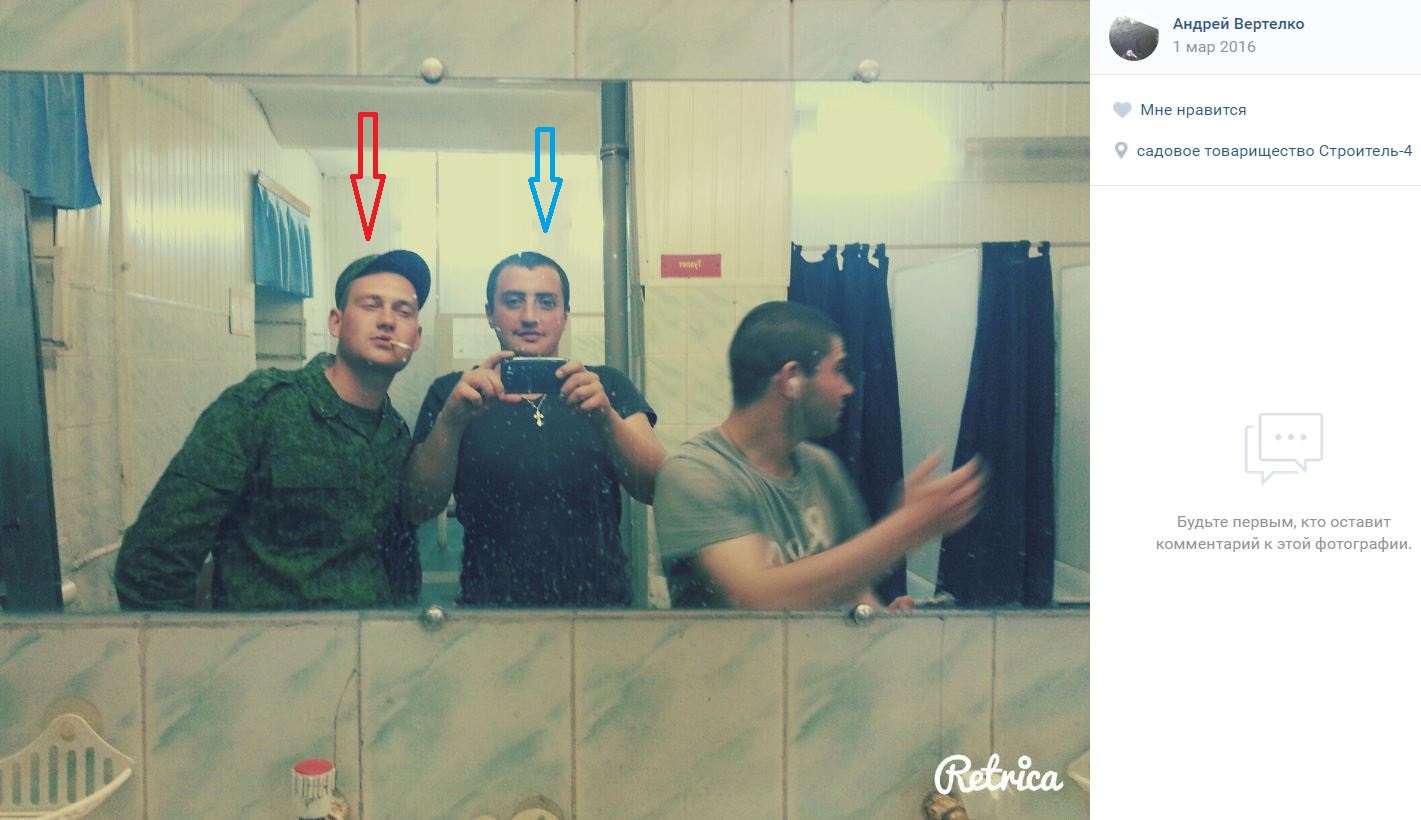 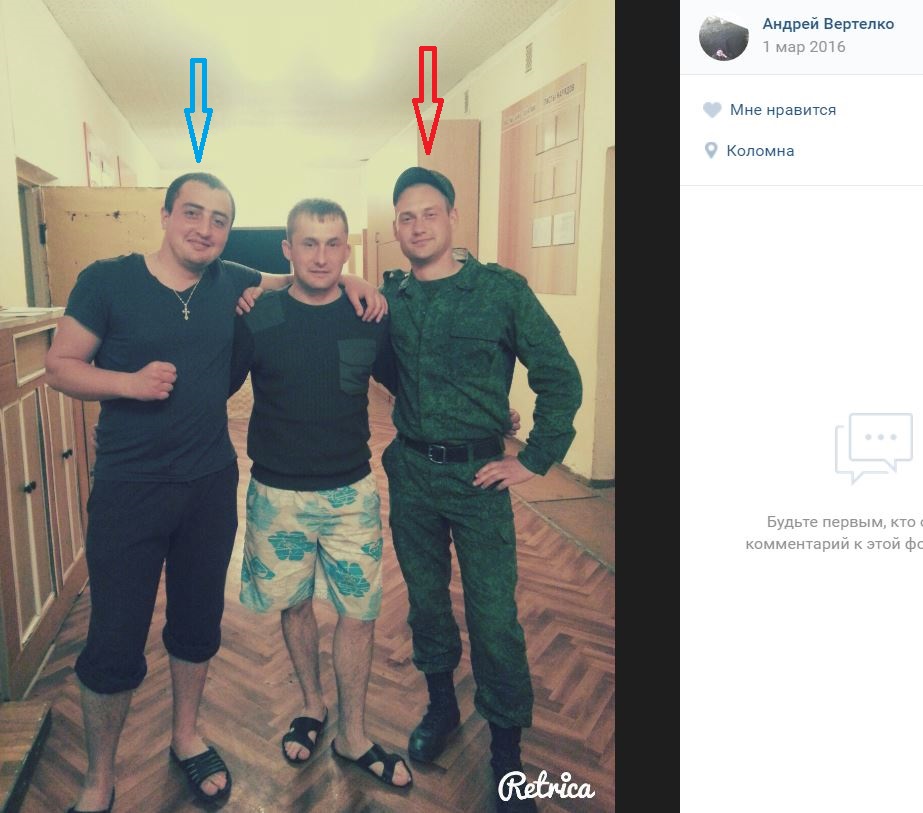 On Kevrosov, we managed to obtain the following information. 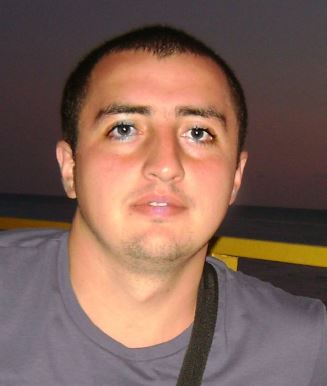 Born July 14, 1987. A native of North Ossetia, was registered at the village of Arhonskaya, 128 Oktiabrskaya Str.. Did his military service in the Interior Troops of the Ministry of Internal Affairs in the North Caucasus. Subsequently, he served on the contract in several military units of the Defense Ministry. Since the beginning of 2015 – contract serviceman at the 4th Military Base. In the spring of 2015 he was sent to Kolomna training center for UAV operators. Qualification – senior operator of the Orlan-10 UAV and Leer-3 jamming system.

Judging by the status of “combatant” specified in his account and a connection with Vertelko, Kevrosov was also involved in an undeclared war against Ukraine. He was discharged from military service in 2016 under “Non-compliance with conditions of the contract” clause, presumably for refusing another “Ukrainian mission”.

Our analysis suggests that relative rarity of participation of the 4th Military Base personnel in the war against Ukraine is due to objective factors: the 4th Military Base, in contrast to the 7th, which is so often mentioned in the context of the “Rostov – Ukraine missions”, belongs the 58th army, and is geographically remote from the border with Ukraine.

For example, a transfer of a battalion tactical group (BTG) from 7th Military Base in Abkhazia to Rostov Oblast is done purely by rail and is not associated with any particular difficulties. In the case of the 4th Base everything is different: the nearest rail station is behind the Caucasian ridge, so that for the transfer of equipment and personnel it is necessary to take a march of many kilometers from Tskhinvali and Dzhava to North Ossetia. Given the difficult mountainous terrain and seasonal climatic conditions, this is not always feasible, and it costly, also in terms of service hours of T-72 main battle tanks, BMP-2 infantry fighting vehicles and other tracked vehicles in service with this military unit.

In addition, the manning system of the 4th Base should be considered: mainly conscripts, not contract soldiers serve there. Some military units of the Southern Military District have become a mainstay of the “Rostov-Ukraine missions”, 7th Miltary Base, 17th, 8th, and other infantry brigades, whereas the 4th Military Base sends individual contract servicemen (or small groups), who being members of illegal armed groups in Donbas, keep their positons in this unit and receive their salary and travel allowances.

Note: we should like to pay our tribute to the Myrotvorets Center which consistently does a great job on the identification of the separatists, mercenaries and military personnel of the Russian Federation. In the Myrotvorets data base Vertelko has been listed as a member of illegal armed groups from January 2017. However, we see evidence that he is also an active Russian military man.

This publication was prepared on the basis of an OSINT investigation of InformNapalm volunteer intelligence community. Author: Irakli Komaxidze , tranlsated by Andrii Gryganskyi, edited by Artem Velichko