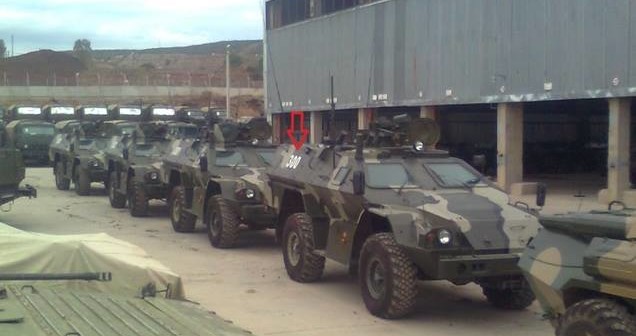 Additional information on the identification of Russian armored vehicles such as “The Shot” Kamaz 43269 Vystrel recorded in Luhansk has emerged. This vehicle is an upgraded version of the Kamaz 43269 Dozor. In the end of December 2014, in the blog of the Centre for Analysis of Strategies and Technologies (CAST – a NGO which carries out research and analysis on Russian conventional arms trade and defense trends both nationally and internationally),  photos of Russian armored vehicles such as “The Shot” appeared and subsequently were replicated in various media.  A little analysis to identify these machines was carried out by Informnapalm as well (https://informnapalm.org/en/masterpieces-russian-arms-industry-eastern-ukraine/).

But the new material submitted by the team “InformNapalm” (with assistance in identification by Max_Bondar), made it possible to more convincingly confirm the previously stated assumptions (https://informnapalm.org/5208-lugansk-kompanyya-transpele-ydentyfytsyrovana-baza-rossyjskoj-voennoj-tehnyky).

So, there are a few recent photos “Shot”s from Luhansk with a distinctive camouflage color, including the tail number “300”. 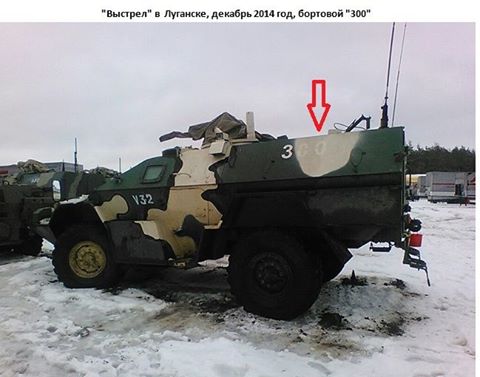 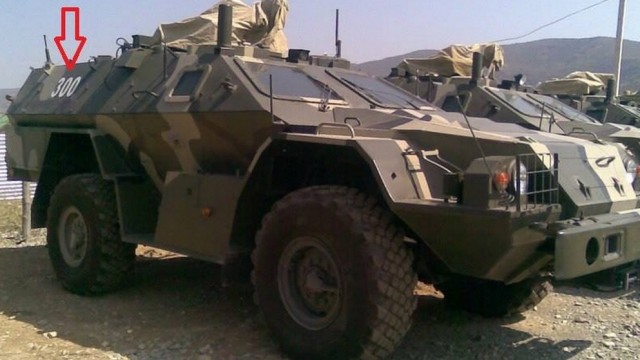 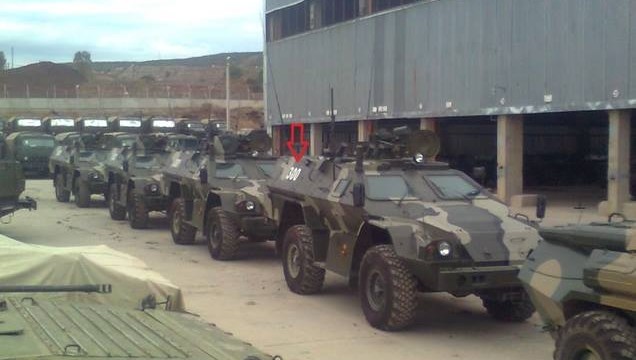 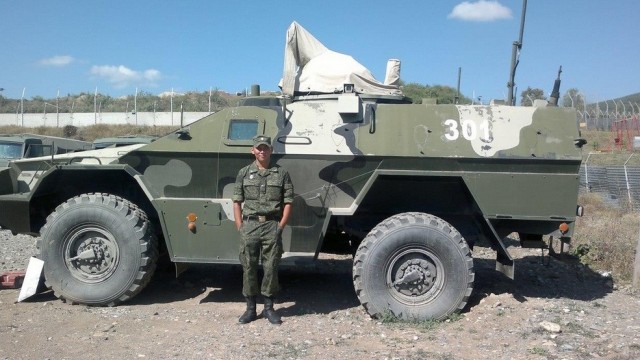 As noted before, since 2009, machines of this type were recorded in Georgia, in Russian military bases in Abkhazia and Tskhinvali regions. In particular, at the 4th Russian occupation base in Tskhinvali (military unit 66431) were noted 4 units with the board  numbers “300” “301”, “302”, and “303” with the same camouflage, which belonged to the intelligence unit which was armed with the reconnaissance complex UAV Dozor were identified.

Presented photos of Tskhinvali “Shots” relate to 2009-2012. After this period these machine were no longer identified at the base.

It is reasonable to assume that with the beginning of the formation of the so-called unmanned reconnaissance vehicle companies in the Russian motorized rifle brigades, modern and standard equipment entered the service, and experimental and less effective vehicles like Vystrel/Dozor were removed from the inventory and transferred to weapons storage of Russian Federation. From there they appear to have been transferred to “LNR/ DNR” by Russia.

There is also a second scenario that could be considered. According to available information, since the beginning of the occupation of the Crimea and the following concentration of Russian invasion forces on the border with Ukraine, as part of the Russian group there was a division recorded from the 4th military base manned with an Intelligence battalion and snipers (https://informnapalm.org/en/identification-units-russian-armed-forces-deployed-fight-eastern-ukraine/)

Considering the information that the attack on Donbas is directed by General-Major Kouzovlev, the Chief of Staff 58th Army of the Southern Military District of Russia, the possibility of the presence of scouts from the 4th military base in the Donbas should not be excluded. However we are more inclined to the first version.

9 Responses to “Tshinvalii “shots” in Luhansk.”