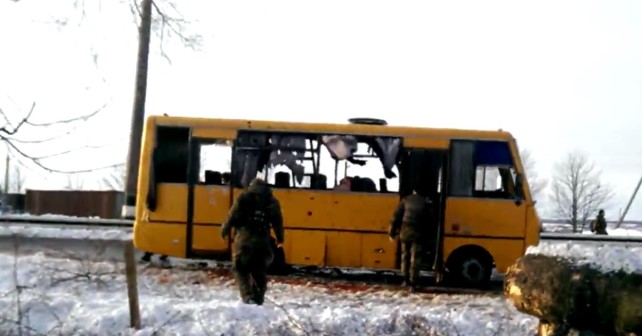 12 people were killed: 2 males, 1 child and 9 women. Other sources report higher number of civilian casualties. All people died from the shell wounds. 3 Ukrainian servicemen from the checkpoint were wounded. 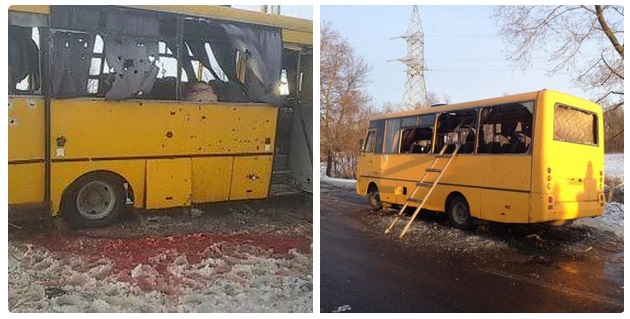 We identified precise location of BM-21 Grad launcher which committed this humanitarian crime. It is Alexandrynivka, a village near Dokuchaevs’k. 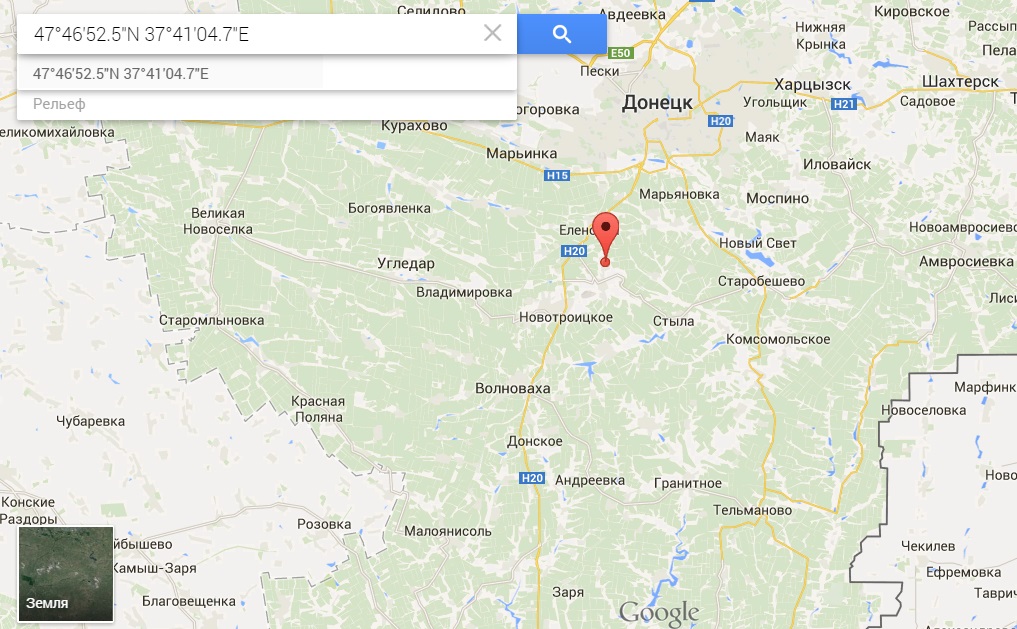 Terrorists are again hiding their military equipment in private houses and in the backyards of the Ukrainian civil population. 10 civil Ukrainians died since so-called ‘truce’ was announced back in December.