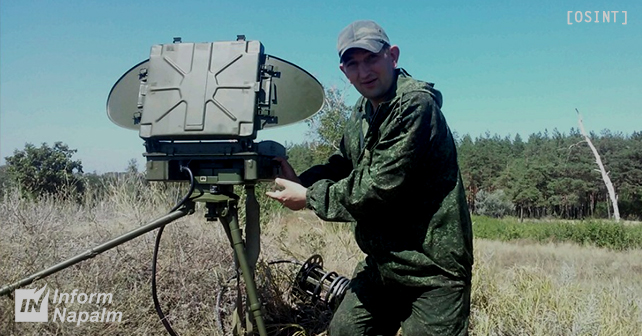 The Russian PSNR-8 Kredo-M1 (1L120) portable ground reconnaissance station, adopted by the Russian Armed Forces only in 2002, was seen in the possession of terrorists of the 2nd Army Corps (AC) of the Russian occupation forces in Luhansk Oblast.

Let us remind you that on March 9, volunteers of InformNapalm international intelligence community published a new article on the analysis of data from the work computer of the reconnaissance commander of the so-called 2nd Army Corps of the LPR.

A document presented in the article disclosed detailed information on who, when and in what quantities supplied the units of the occupation forces and terrorists with this type of military equipment.

Previously, the InformNapalm OSINT investigations several times disclosed the PSNR-8 Kredo-M1 complexes, but in those cases [1], [2], and [3] the complexes belonged to the units of the 1st Army Corps – the Russian occupying forces in Donetsk Oblast.

In this investigation, additional photo evidence of PSNR-8 complexes being in the possession of the terrorists from the so-called 10th Artillery Brigade of the LPR (the 10th SABr, military unit L-23213, Luhansk) of the 2nd AC are presented.

The photos were found on the social website Odnoklassniki, in the account of Anton Borisovich Ilyushchenko, a collaborator from Slovyansk who uses the pseudonym Anton Yevreev. 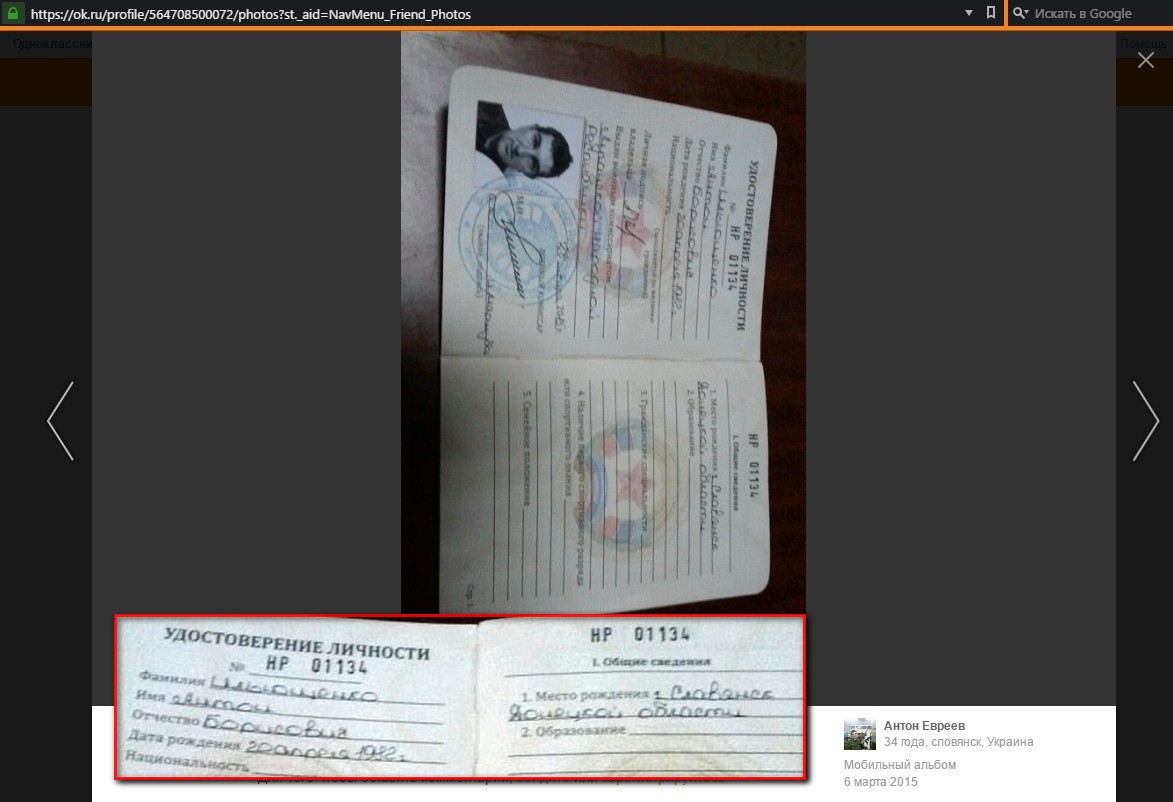 Anton Ilyushchenko’s video titled My Life compiled evidence that he serves in the so-called 10th Artillery Brigade of the 2nd AC of the Russian occupation army in Luhansk Oblast. Let’s look at some of the most interesting photos.

In the photo: Anton Ilyushchenko inside a large repair hangar in the territory of the so-called Transpele base in Luhansk. 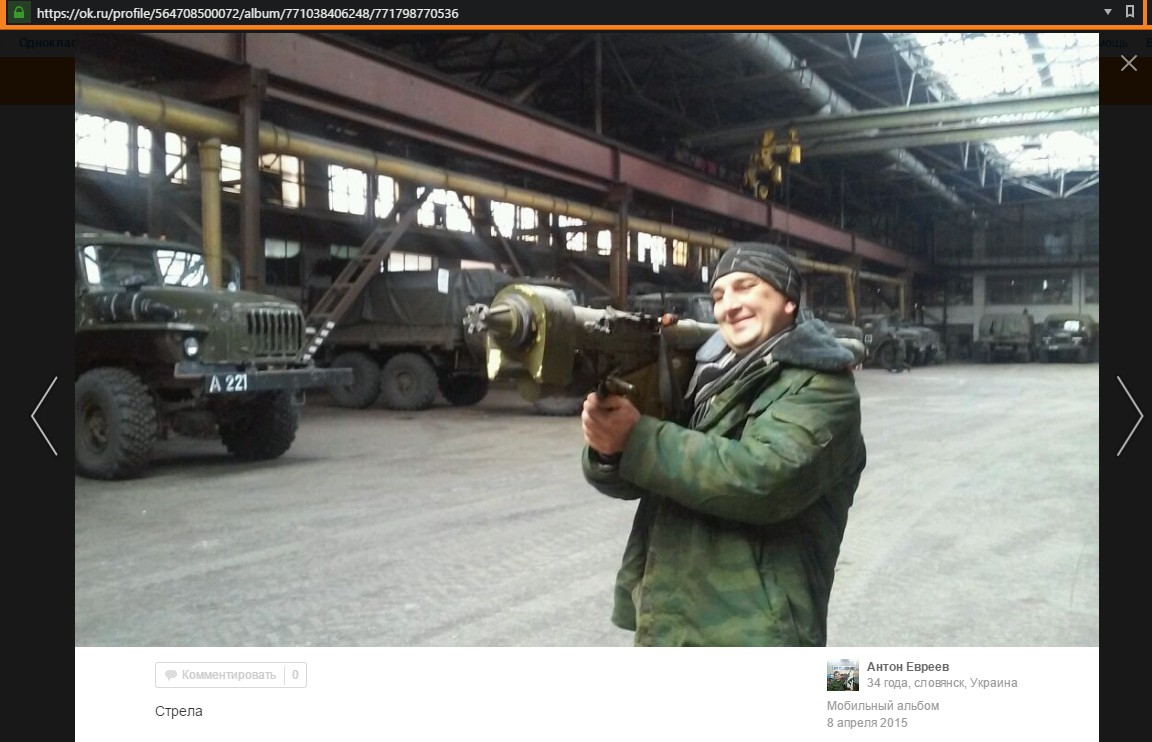 Here is a photo taken in the same building in front of the Russian BPM-97 Vystrel armored vehicle. These vehicles were repeatedly recorded at the Transpele base. It proves that the terrorist groups are supplied with Russian weapons and equipment. 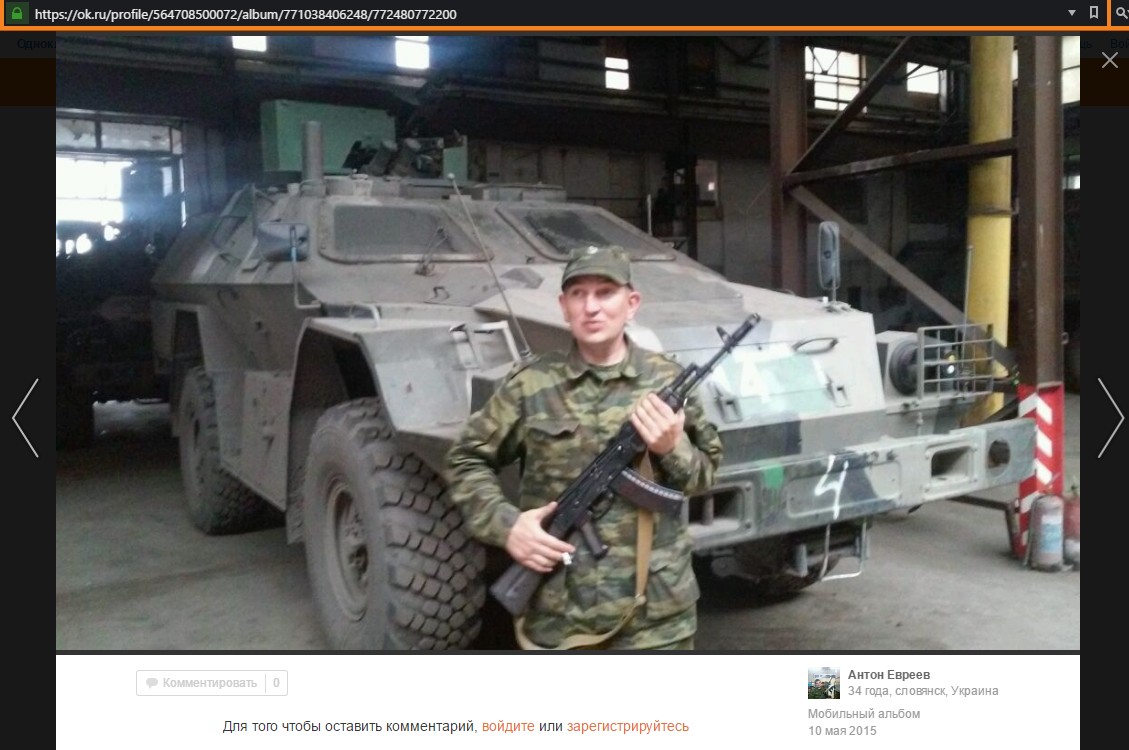 The tactical sign of the so-called 10th Artillery Brigade of the 2nd AC of the Russian occupation forces is the number 10 placed in a square. Below is a photo where Anton Ilyushchenko poses in front of military equipment with this tactical sign. 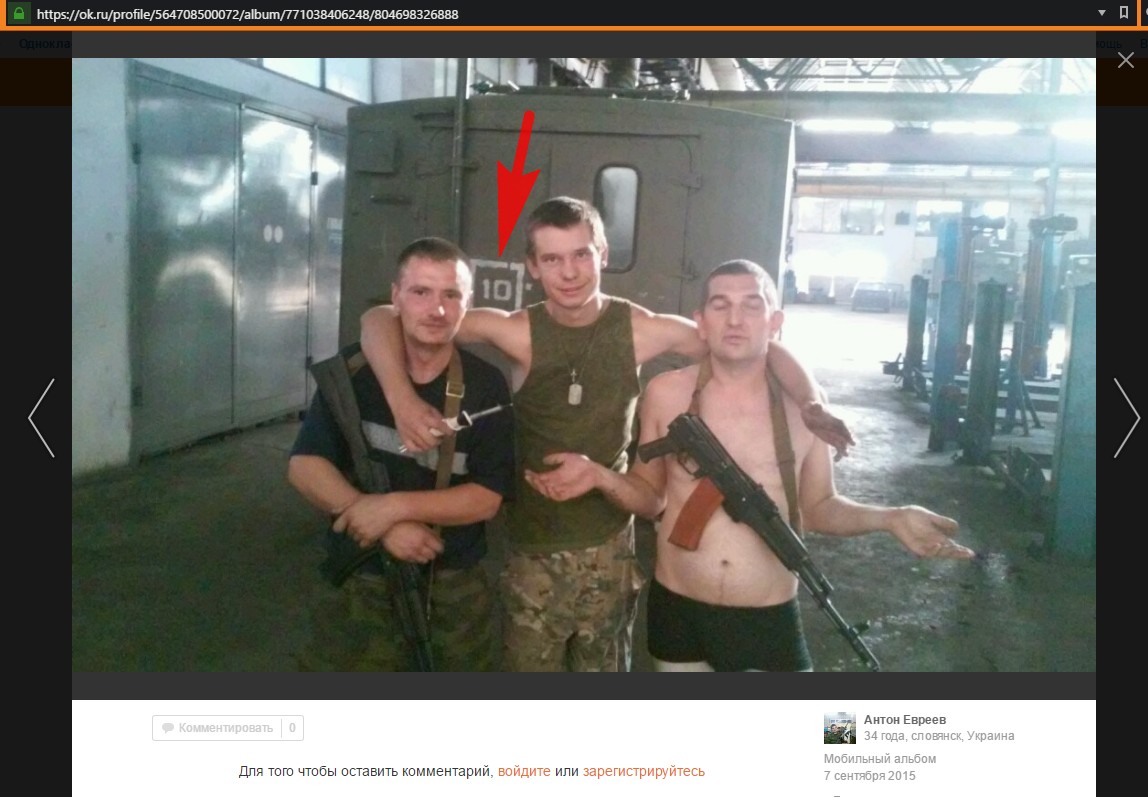 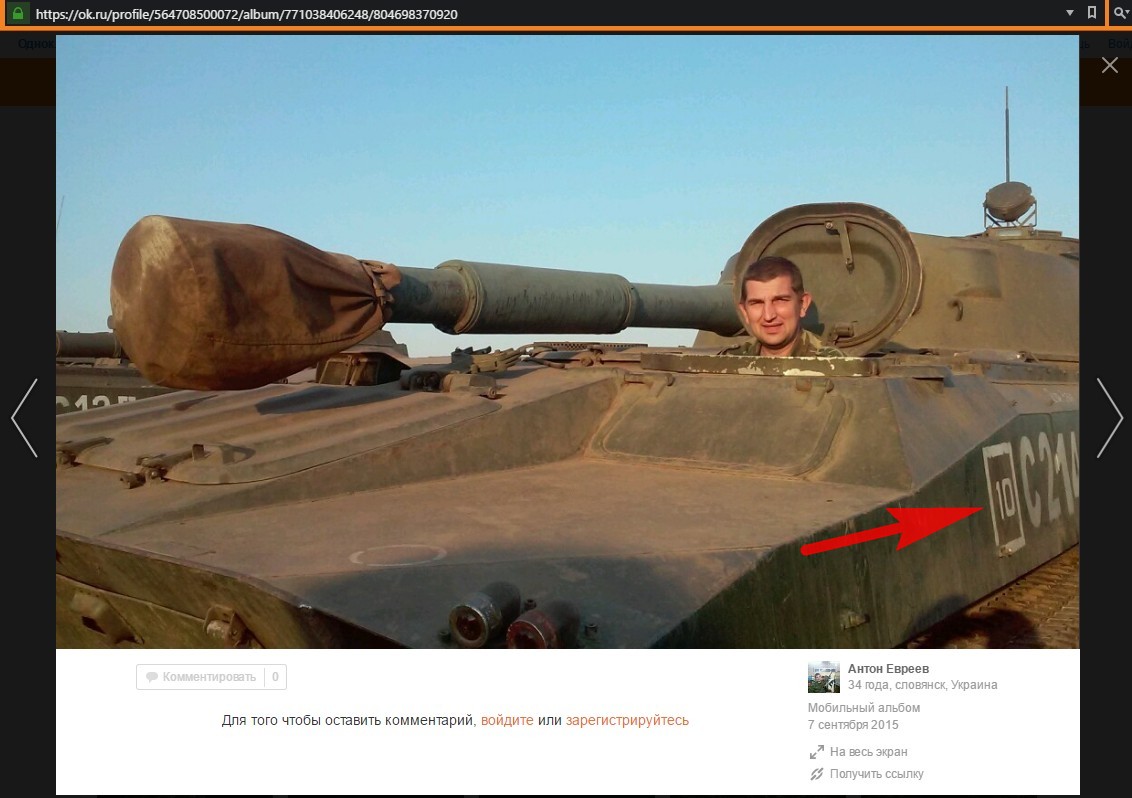 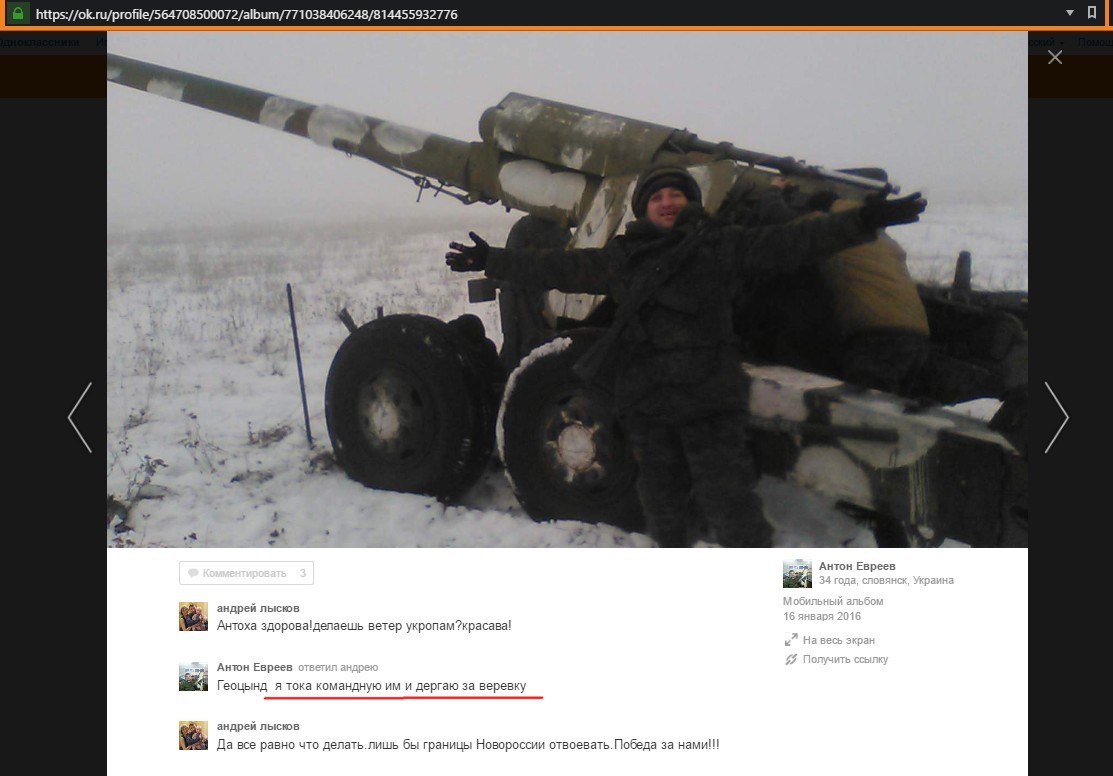 Here is a photo of Ilyushchenko with the Russian PSNR-8 Kredo-M1 portable ground reconnaissance station. 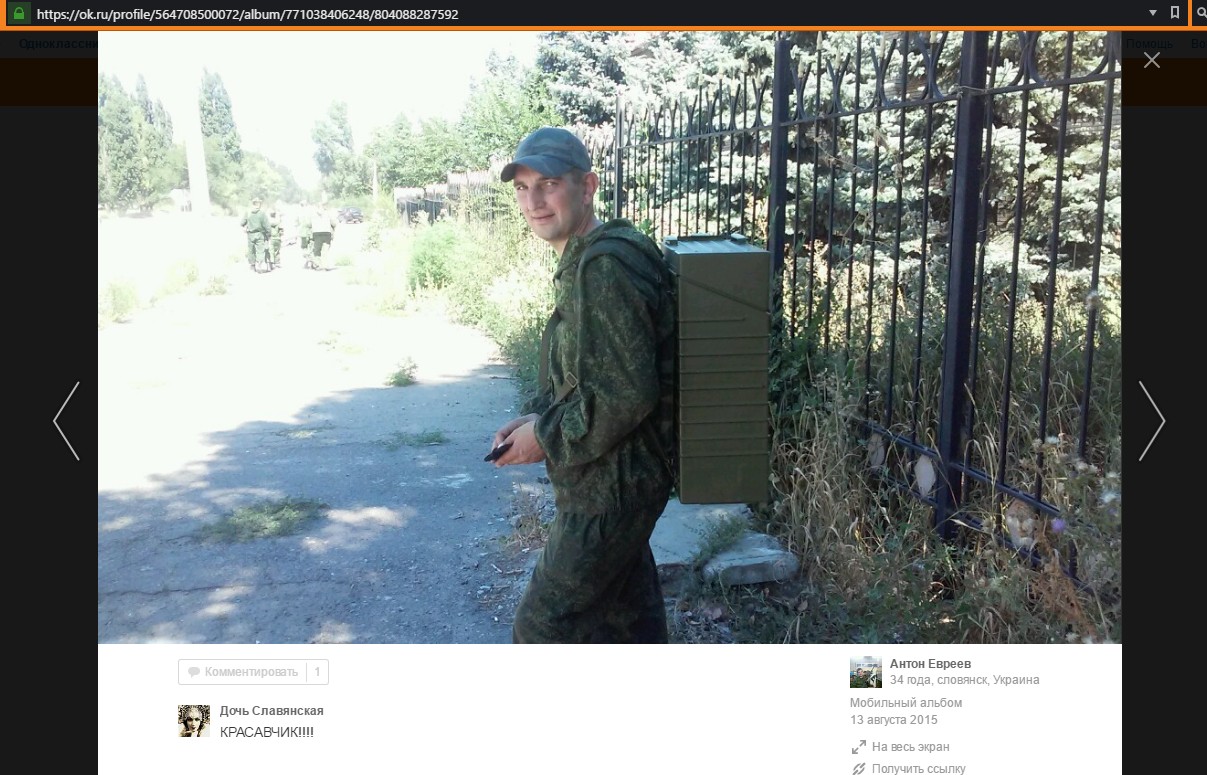 The photo above shows a characteristic fence which wraps around almost the entire perimeter of the territory of the Transpele base. 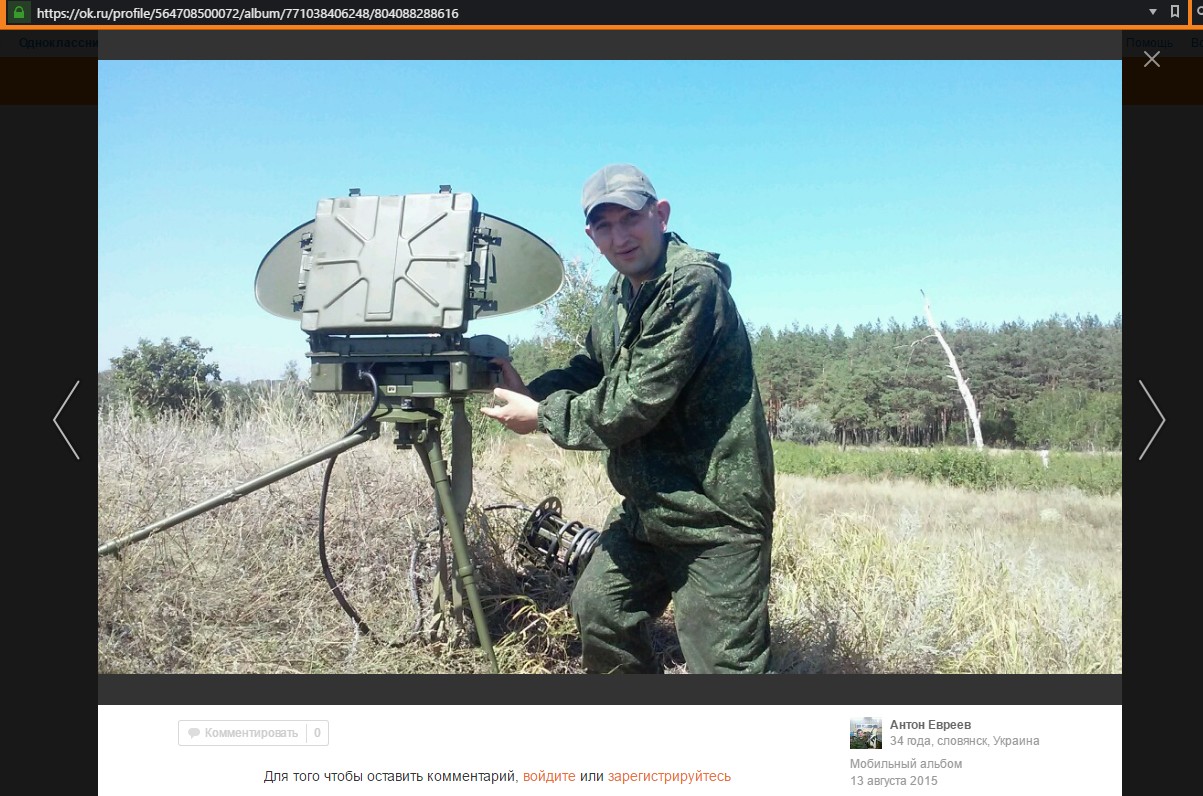 The distinctive characteristic to identify the terrain in the photo is a pine forest with a small old birch grove in front of it (http://www.panoramio.com/photo/85522693) that has a large number of broken trees from which only stumps and trunks remained. 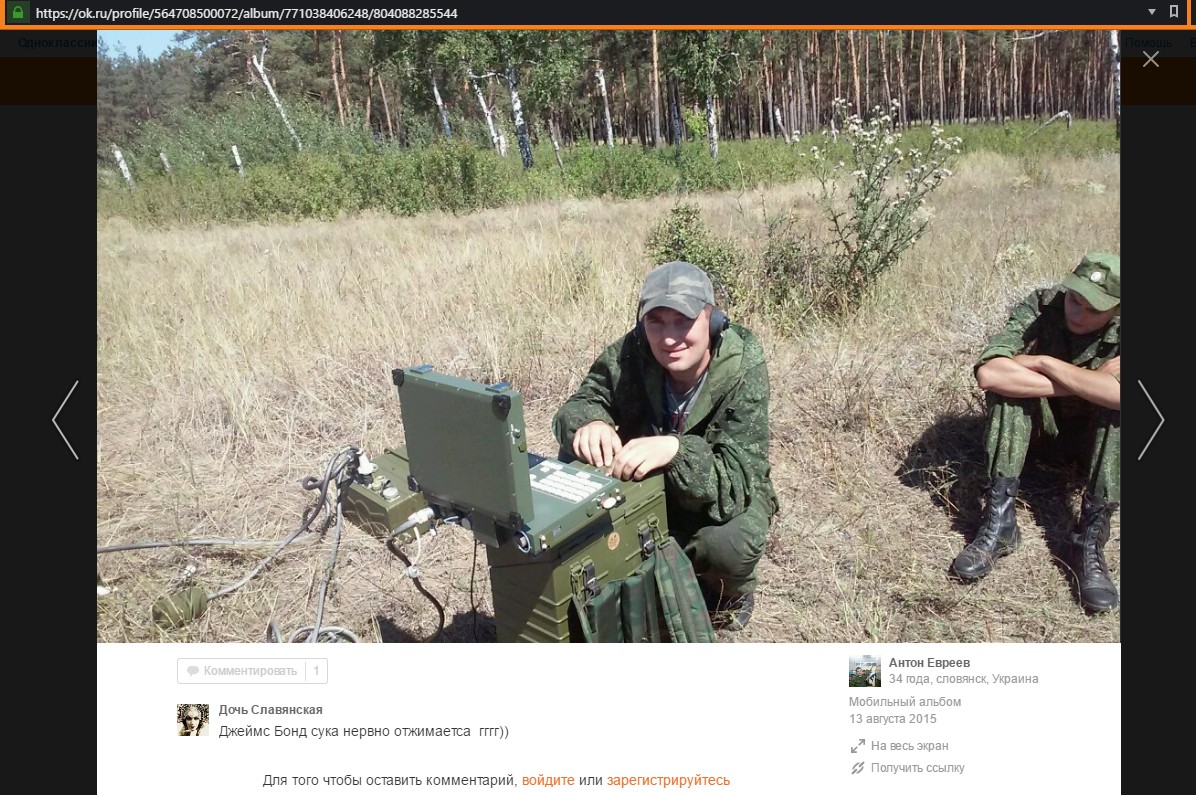 Thus, this investigation presents another fact that Russian weapons and equipment are located at the Transpele base in Luhansk. Collaborators actively betray secrets of the Russian hybrid army in social media providing more and more evidence of Russia’s military invasion of Ukraine. The most complete list of military equipment recorded during the InformNapalm’s investigations can be found in the database here. As of March 22, 2017, there are 43 types of weapons with photos and video evidence in the database.