Reconnaissance commander of the 2nd Army Corps in the focus of the UCA. Part 5: PSNR-8 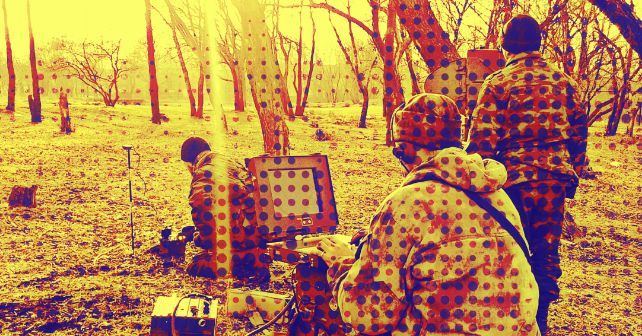 InformNapalm volunteer intelligence community continues a series of publications with   analysis of the data extracted from a computer of the reconnaissance commander of the so-called Second Army corps of the People’s Militia (2nd CPM), a unit of the hybrid Russian occupation troops in Luhansk Oblast.

We should remind here that the data for this article was obtained as a result of a successful installation of specific software on a work computer of the reconnaissance commander by hacktivists from the Ukrainian Cyber Alliance (UCA) https://informnapalm.org/uca/ (FalconsFlame, Trinity, Ruh8, CyberHunta). The first part of the analysis is available at the following link https://informnapalm.org/en/reconnaissance-commander-of-the-2nd-army-corps-in-the-focus-of-the-uca-part-1-orlan-10-drone/. It disclosed some details of the use of the Orlan-10 drones by the Russian command in the Donbas. In the second part  we talked about the use of the Forpost drones. Based on one of the reports, the third part disclosed the place where the Takhion drone (tail number 141169) of the 138th Separate Motorized Rifle Brigade of Russian Armed forces crashed. The forth part was dedicated to the analysis of the memorandum on the commander of the illegal armed group called Special Operations Brigade “Odessa”. In the fifth part we will disclose information about the Russian portable ground reconnaissance station PSNR-8 Kredo-M1 (1L120). In particular, we are going to tell who, when and in what quantities was supplying the so called 2nd CPM with this equipment. We should note that these stations are a standard issue in the Russian army, have never been supplied to Ukraine and are not available in Russian Army Surplus stores. Although the Russian president claimed otherwise…

Here is also some information about the station and its technical characteristics:

Placed in service in 2002. Developed in 1995-2001. Developer: NII “Strela”. Producer: NII “Strela”. This station automatically detects and locates the coordinates of moving ground, air and surface targets (single soldiers, units, armored objects, hovering and low-flying helicopters, motor boats and ships of various classes) and adjusts the fire of their artillery.

Median errors in determining the coordinates:

On March 21, 2015, reconnaissance commander of the 2nd CPM (military unit L-77077) Colonel Sergeev (a regular Russian serviceman using a pseudonym which is a usual practice for Russian officers sent on a mission to illegal armed groups of the DPR/LPR ) wrote a report addressed to the reconnaissance commander of the 12th Reserve Command of the Russian Armed forces (Novocherkassk, Rostov oblast). The report stated that as of March 15, 2015, the Separate Battalion of the Corp (military unit L-55055) and the brigade’s reconnaissance units have no PSNR-8 complexes. Sergeev asked the Russian command to supply those military units with 4 complexes: two for the Separate Reconnaissance Battalion and one for each reconnaissance companies from the 2nd and 4th Brigades of the 2nd CPM. At the same time, the report says that all available PSNR-8 were used in artillery units of Russian occupational forces in Luhansk Oblast. 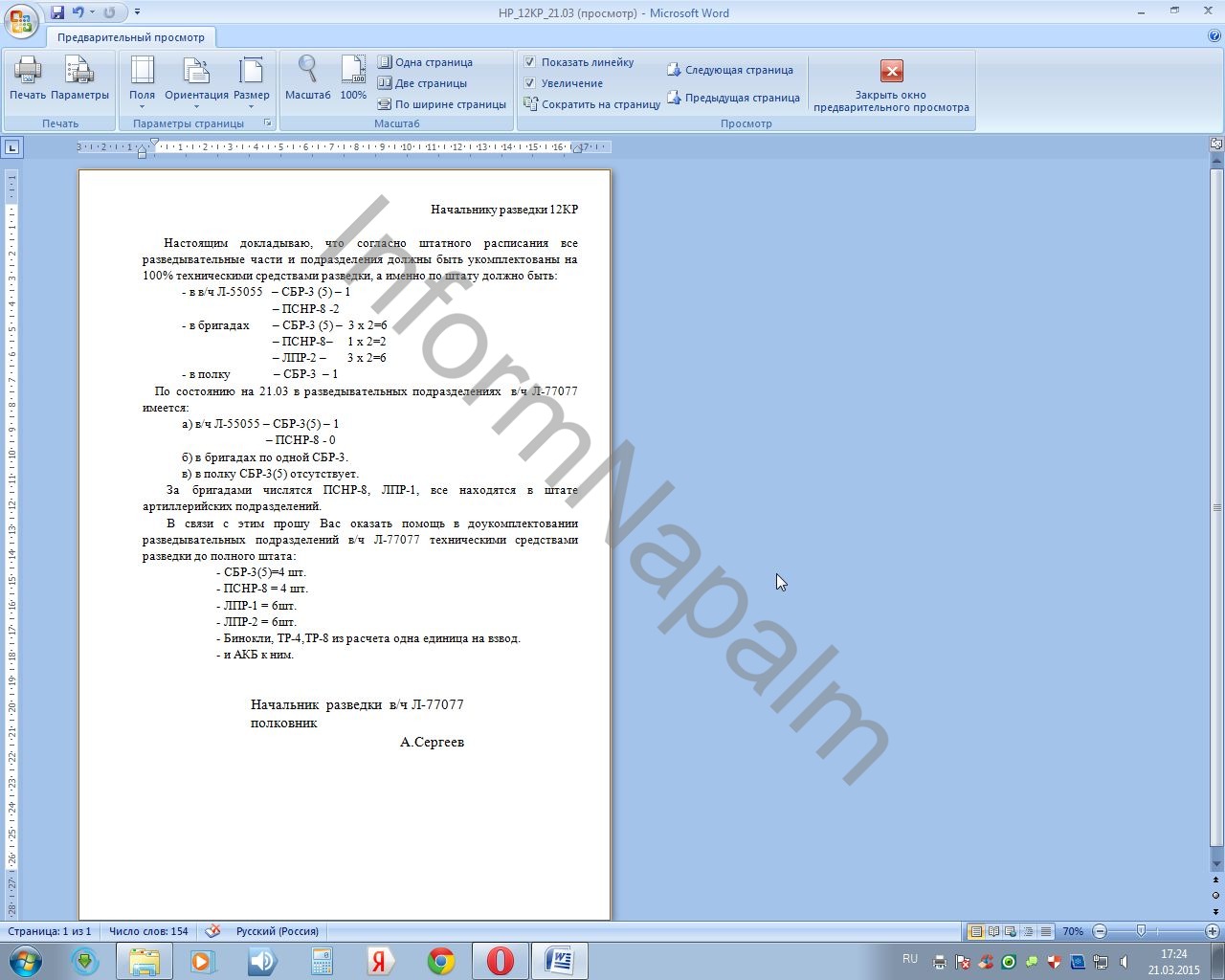 It is interesting that Sergeev’s computer also contained photos (link to the originals) that show the process of deploying of the PSNR-8 complex to the operating state. Based on EXIF we conclude that pictures were taken on March 18, 2015 between 16:50 and 17:00 using a cell phone Samsung Galaxy Core (GT-I8262).

Note the condition of the complex. Apparently, it had been in use for a short period of time, and based on the date these pictures were taken, we conclude that we see one of the complexes that were supplied to the artillery units of the 2nd CPM. Using OSINT, InformNapalm volunteers have previously identified the PSNR-8 complexes. However, in those instances [1] , [2]  [3] the complexes belonged to the units of the 1st Army Corps (Russian occupation forces in Donetsk Oblast).

Based on the foregoing, the following conclusions can be drawn: In March 2015 all artillery units of the 2nd CPM possessed Russian complexes PSNR-8. The reconnaissance commander of the 2nd CPM asked the reconnaissance commander of 12th Reserve Command of Russian Armed Forces (Novocherkassk, Rostov oblast) to supply his reconnaissance units with special military equipment. The 12th Reserve Command of Russian Armed Forces supplies military equipment to the territory of Ukraine, they also send instructors to teach terrorists how to use this equipment.

Disclaimer:This material was exclusively provided for analysis and processing by hacktivists of the Ukrainian Cyber Alliance. InformNapalm community is not responsible for the ways this information was obtained or for its origin.

4 Responses to “Reconnaissance commander of the 2nd Army Corps in the focus of the UCA. Part 5: PSNR-8”