The Case of Potylitsyn: How Russian Sergeant ‘Volunteered’ During Occupation of Crimea and the War in Donbas 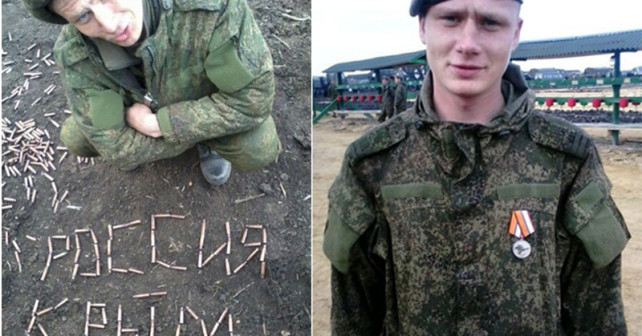 InformNapalm made another OSINT-investigation of the social network profile of Russian career soldier? This time it is sergeant Stepan Potylitsin — artillery sergeant of 32nd Separate Motorized Rifle Brigade of the Russian army, who was spotted in the fights in Donbas.

Worth to mention, that we obtained the profile of Russian intruder from 32nd Separate Motorized Rifle Brigade because of vigilance of one of our readers (DikaKopeykin) on June 11, 2015. During the preliminary study we have figured out that the page of interventionist was already under the observation of Ukrainian bloggers nearly a week, but their brief twits were not systematized. Therefore this information was lost in Internet unattended.

After investigation of the data exposed in social profile (photographs, video, statuses, comments, geo-referencing etc.) we were able to reconstruct some details of Crimean-Ukrainian assignments and history of military service of Russian serviceman during 2014-2015 For the details of Stepan Potylitsin see https://vk.com/id70681033 or archive: https://archive.is/dEMwv. 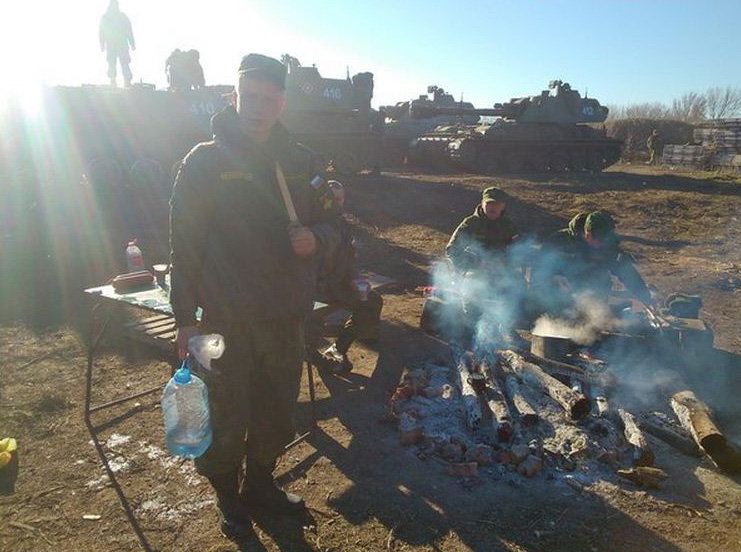 He is enlisted in the operations platoon of howitzer self-propelled artillery division, military unit 22316 and is responsible for the direction of firepower of the division (152-mm self-propelled gun 2S3 Akatsiya). In February 2014, after Russian intervention and occupation of Crimean peninsula Mr. Potylitsin and his unit were sent from Siberia to Crimea. Several photographs testify that, including his certificate for the Medal for the Return of Crimea issued by the Russian Ministry of Defense based on the order № 219 dated April 17, 2014, signed by the Chief of Personnel for the Central Military District major general Nesterov. After Crimean assignment Potylitsin’s detachment returned to the base. 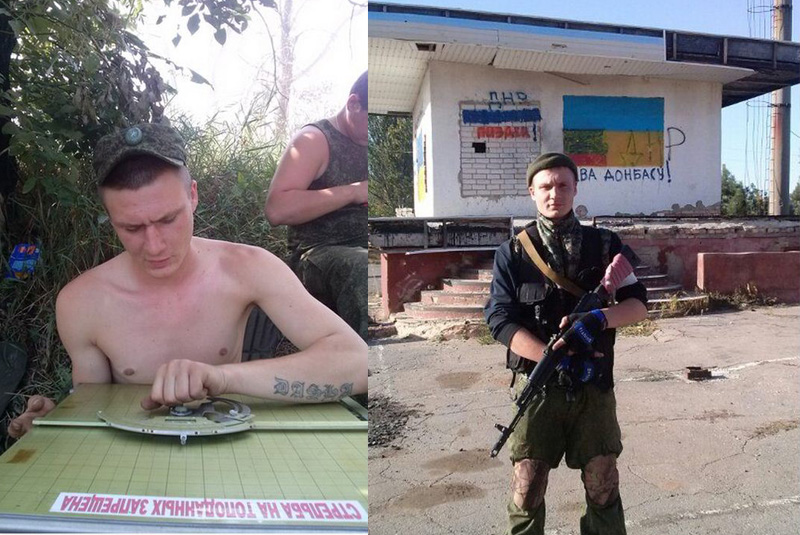 Another (this time — Ukrainian) assignment of S. Potylitsin started on July 2nd 2015. This fact is verified by individual travel order №1041 with open return date, given in his name by the Chief of Staff of the military unit 22316 lieutenant colonel Nasybulin, based on the order of the Chief of Staff of 41st Combined-Arms Army of the Central Military District on July 1, 2014 №41/268/9-10 with shocking wording “for rendering assistance to FSB border authorities”. On September 4, 2014 Potylitsin signed a standard non-disclosure oath before the re-deployment of his combined battalion (consisting of Akatsiya SPGs and MLRS Grad) of battalion tactical group of 32nd Separate Motorized Rifle Brigade from Rostov oblast of Russia to the Ukrainian Donbas.

Series of pictures and videos from his profile testify that Potylitsin and his unit were in Donbas in the end of summer – beginning of fall 2014. The photos show Russian soldiers in the field camps environment, wearing non-standard uniform typical for the militants of Novorossiya with white identification armbands and other indirect features. But the most interesting and convincing evidence are the photographs of sergeant Potylitsin near Amvrosiivka, including those near traffic police checkpoint, which was recognized by Twitter users. 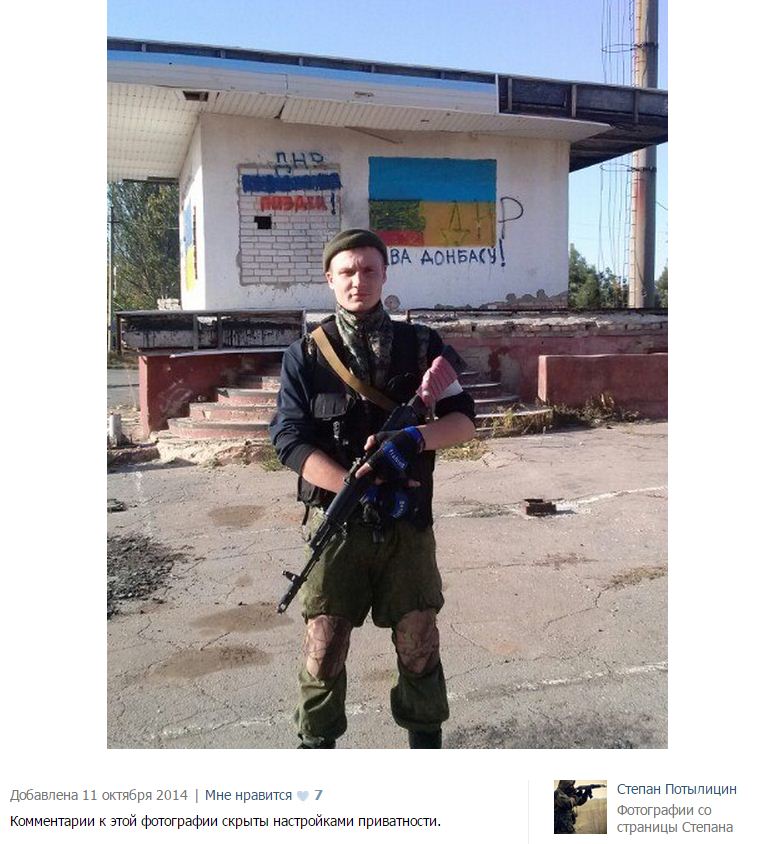 First Ukrainian assignment of sergeant Potylitsin was finished in early October 2014. For his adventures he was awarded with next medal For Military Valor, as the picture from his photo-album (uploaded on May 10, 2015) testifies. 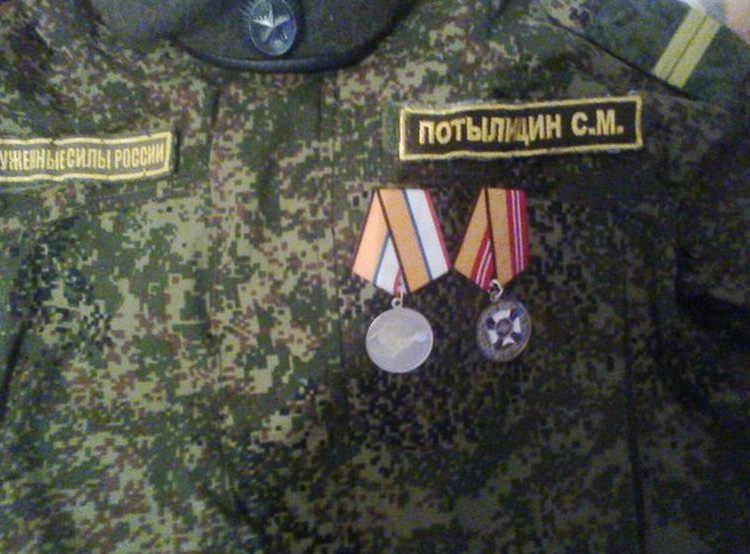 After half-year break and additional training Potylitsin and his detachment were deployed again in the raion of Rostov oblast which borders with Ukraine in May 2015. He was presumably trained in Volgograd oblast (field camp Prudboi) where coordination of battalion task groups for following Ukrainian assignment is carried out for more than a year.

See the list of photographic evidence from the profile of sergeant Potylitsin photos from Vkontakte in this slideshow.

Notice: In April and May 2015 team InformNapalm documented the deployment of several fresh battalion-tactical groups from Central Military District of Russia, including those from 32nd Motorized Rifle Brigade from Novosibirsk to Millerovo.

Presence of military units of the Central Military District in Rostov oblast as part of invasion troops including 32nd Separate Motorized Rifle Brigade was also mentioned earlier in September and October 2014, the details are explained here in Russian language:

Information on Russian military units from Siberia, acting on the territory of Ukraine,

4 Responses to “The Case of Potylitsyn: How Russian Sergeant ‘Volunteered’ During Occupation of Crimea and the War in Donbas”