The Russian aggression borders “are nowhere” 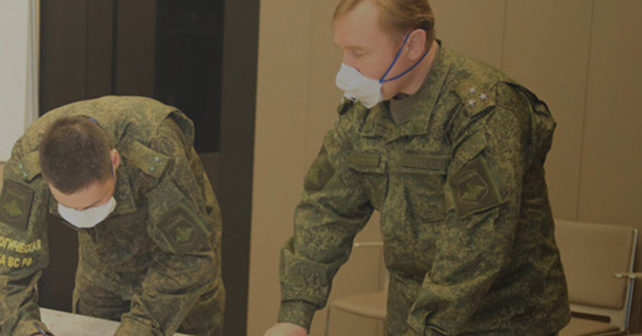 Hereby, we publish this information review, which first appeared on the website of the Ukrayinskyy Tyzhden (The Ukrainian Week) magazine on August 7, 2020. The review was prepared by the founder of the InformNapalm international volunteer community Roman Burko. You can also report important information and insiders’ observations from the occupied territories of Crimea and Donbas to Roman Burko on Facebook; this can be used in new review materials on this topic.

Russia is stepping up its military and informational presence

The COVID-19 pandemic, which swept the world like an avalanche in the spring of 2020 and gained a foothold in the summer, does not seem to be going anywhere, and in the fall, doctors are already predicting its powerful second wave.

Each country is adapting to this pandemic in its own way, and the Russian Federation, despite the significant domestic problems caused by COVID-19, continues to pursue an aggressive foreign policy, using disinformation and offensive cyber and military operations against other states, which the Tyzhden newspaper described in its previously published review.

Over the past 3 months, various aspects of hybrid Russian aggression against the background of COVID-19 have been considered: diplomatic, military, informational. The United States, the EU, Ukraine, and even the Republic of Belarus, which, until recently, was considered Russia’s last friend and ally, have been the targets of Russian attacks. However, as once jokingly, but with a deep connotation, Vladimir Putin said: “Russia’s borders are nowhere.” That is, Russia sees its interests everywhere, for the sake of which it is ready to “walk on corpses”, even neglecting its political friends and allies.

On August 6, the website of the InformNapalm international volunteer community published a material revealing the data of some Wagner militants detained in Belarus. As it turned out, they left a bloody trace of participation in special operations of Russian intelligence in Ukraine, Syria, Libya, and Sudan. But the trail of terrible tragedies inflicted by Russia emerges also in another, non-military way.

On August 4, 2020, powerful explosions occurred in the port of Beirut, Lebanon, which virtually destroyed the port and several surrounding buildings, killing at least 137 people and injuring about 5,000. An investigation into the cause of the disaster is currently underway. The main version remains an accidental explosion due to welding work at a warehouse that contained 2.7 thousand tons of ammonium nitrate, which was confiscated in 2014 from the ship called Rhosus, which belonged to a Russian businessman Igor Grechushkin. The former captain of the ship is also a citizen of Russia. In an interview, Boris Prokoshev said that after the detention of the ship in Lebanon, crew members actually became hostages of the situation, and the captain himself wrote letters to the Russian President Vladimir Putin almost every month asking for help. The Russian consulate then sarcastically replied to the ship’s captain: “Do you want Putin to send special forces to rescue you by a military operation?”. Therefore, the Kremlin was well informed about the dangerous cargo confiscated from the Russian businessman, which has been lying in warehouses in the port of Beirut for years. Even if this tragedy has nothing to do with the terrorist sabotage of the secret services disguised as a coincidence, Russia has already tried to use this incident in its own way to carry out an information attack against Ukraine. Among the crew of the Rhosus were Ukrainians, although the owner and captain of the ship were Russian citizens, but the headlines of the media, which are actively involved in the information war against Ukraine, speak for themselves. 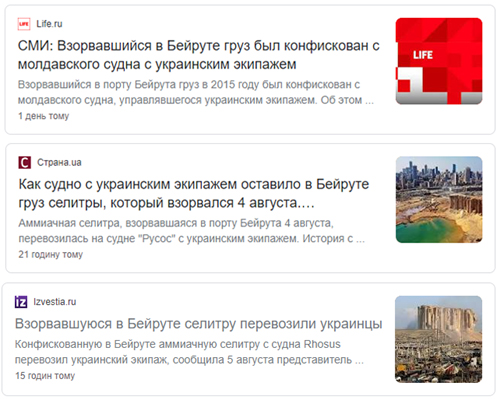 Of course, it does not matter who owned the ship, the cargo of which was confiscated many years ago. These are just some of the details that make up the colored puzzle of the event. The main thing is to find out whether it was a terrorist act, or a tragedy caused by negligence. Because if this is a terrible coincidence, will it not become a new precedent that will entice subversive groups of special services or terrorist groups to use ports with dangerous goods to carry out terrorist attacks in the future? According to journalists, in Ukraine in the port of the city of Mykolayiv, from 2018 to 2019, 3.2 thousand tons of the confiscated ammonium nitrate remained in storage. The mass media reported with reference to the press service of the Mykolayiv port that the nitrate was taken out of the port, but the further location of the dangerous freight was not specified.

Given Lebanon’s terrible precedent and the permanent state of Russian hybrid aggression against Ukraine, such possible threats to national security should also be considered.

The situation in the Donbas

Meanwhile, according to all indications, in the occupied Ukrainian Donbas, Russia continues to prepare for the escalation of hostilities, and accumulates military power, bringing heavy equipment, weapons and ammunition to the Occupied Parts of the Donetsk and Luhansk Regions (ORDiLO).

Read also: Russia is using ceasefire to prepare for escalation of fighting in Donbas

The Special Military Mission of the Organization for Security and Cooperation in Europe (OSCE SMM) notes in a new report that since the beginning of the ceasefire, there have been more than 251 cases of ceasefire and heavy equipment withdrawal violations from the Russian side,, including failure to withdaw five tanks from the Russian occupation forces.

On August 6, local residents told InformNapalm volunteers that in violation of the ceasefire, the Russian military was equipping new positions on a hill near the Stanytsia Luhanska checkpoint and conducting surveillance under the guise of the observers working for an organization called “The Special Center for Control and Coordination of Ceasefire” (SCCC). 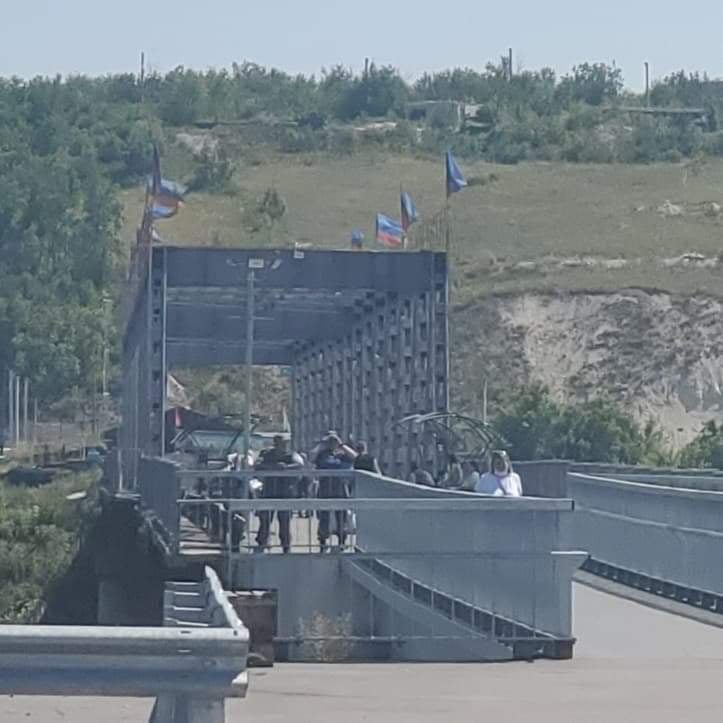 In addition, according to intelligence sources from the InformNapalm community, the movement of trucks with personnel, weapons and ammunition in the occupied territories is constantly recorded during dark hours of night. The movement of Russian EW stations, in particular, the Russian interference station R-330Zh “Zhitel” and “Borisoglebsk-2”, which have also been the focus of the oopen-source intelligence (OSINT) investigations into the detection of Russian equipment in the Donbas, has also been periodically recorded.

The Russian army also continues to drill its regular units along the entire Ukrainian border, as well as near the borders of Belarus. All this indicates that the Russian Federation is preparing for an escalation of hostilities, probably after slowing down temporarily because of the Kremlin’s attention to the situation around the “elections” in Belarus, which culminate in August 9.

No Responses to “The Russian aggression borders “are nowhere””