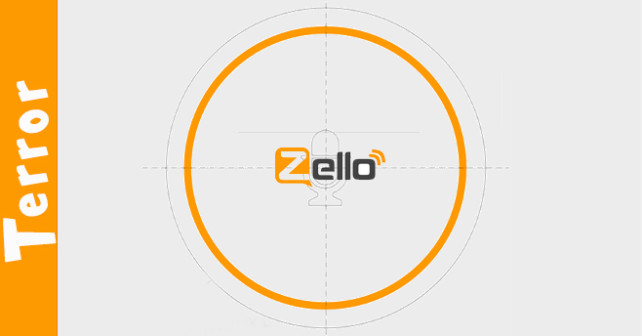 It is not a secret that Zello has become a real boon for terrorists and their accomplices operating in the east of Ukraine. We are not going to dive into conspiracy theories and discuss whether this application was written by a Russian developer on purpose to prepare a communication system for the Ukrainian conflict or this is just a coincidence. It does not really matter as this system has played and still continues to play an important role in coordination of terrorists by the Russian security services.

This conclusion was encouraged by observations of our volunteers who have been wiretapping open and closed Zello channels for several months and have been helping the ATO forces in gathering information.

During these months we noticed an interesting pattern in the organization of militants and their supporters. A clear hierarchical structure and a number of other indirect signs give out a curatorial component of the Russian security services in this scheme.

It was observed that LPR and DPR militants have a direct connection with the moderators of key Zello channels of terrorists. Moderators directly receive all information from agents in the field who record all movements and disposition of ATO forces. All this information is then sent to terrorist headquarters via closed channels. At the same time moderators receive from headquarters information and summaries about current battle actions, as well as incidental information which is then used to inform and treat psychologically the target audience.

When they get information that Ukrainian security forces set up a new checkpoint, an informant departs to that checkpoint (usually by their own car). There they remember the placement of fortifications, the amount of servicemen and their weapons. When possible, everything is filmed on a DVR or a phone. After that the informant reports everything to a moderator of a closed channel. The agent then daily passes through the checkpoint and reports all fortification changes. This scheme has been successfully used by militants throughout the ATO. These data are indirectly confirmed by financial reports of the moderators who paid informants for refueling their vehicles.

As noticed by one of the volunteers:

We have seen no reports by informants motorists recently. Perhaps this is due to the fact that the coordinators have improved the information scheme by using different access control levels with a token “trusted user”. Earlier in April when we just started to wiretap channels there were no “trusted” users. And the information transmission scheme was more accessible.

It is interesting that the main channels are controlled by citizens living in Russia. This is confirmed not only by the “high pitched ‘A’ accent” but by IP-addresses of the moderators which point to the Russian Federation. The latest trend of establishing militant channels on the liberated areas is also alarming. We always see coordinators from Russia in such channels; the coordinators promptly perform retraining and instruction of rear informants.

So as not to speak without proof, we would like to give an example: there are coordinators from St. Petersburg in “Krasnyi Lyman” Zello channel. Our volunteers have studied these coordinators for the past two months: both the manner of speech and behavior style in the channel. Some time later these coordinators appear in other channels of Lysychansk, Debaltseve etc “militia”. Apparently there are not so many good experts on working with “vatniki”, however, they have clearly organized the structure of their work. Indeed, information coordination is the key.

Unfortunately, the ATO forces have a lot to learn from such an organization of information management and counteraction. Without delving into theories that many Ukrainian expert put to the forefront of a loud concept of “information security policy”, we think that simple practical basics of management and psychology should be relied upon, and not hypertrophied theories.

The official ATO representatives in the field of work with information and population probably do not imagine an implementation of these principles and that is why they do not try to implement at least (1) without which it is impossible to develop (2) and (3).

Until we organize a comprehensive framework of information and coordination of the active part of Ukrainian population which is willing to put efforts into the overall victory, we will incur losses which could have been avoided.