Reconnaissance: Russian Occupants Are Planning to Shell Schools on September, 1 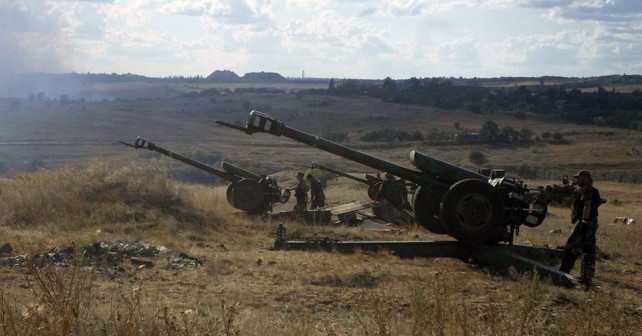 InformNapalm volunteers have received the reconnaissance information according to which the Russian terrorist forces are preparing to commit a large scale bloody provocation.

“The first reconnaissance squadron of the Ukrainian Right Sector volunteer battalion has received the information that the Russian occupants are planning to organize large scale provocations. It is informed that terrorists are going to commit artillery attacks against the places of massive concentration of children, who are going to gather near schools for the first school day. Terrorists are going to blame the Ukrainian side for committing these attacks and under the cover of this propaganda campaign the terrorist forces advance is planned”. – as it is said in the message by the commander of the first reconnaissance squadron of the Ukrainian volunteer battalion with a callsign ‘Lisnyk’ [Forester].

As it usually happens, in 95% of examples it becomes possible to avoid provocations under the pressure of publicity and thanks to the involvement of foreign special services, since the enemy looses the ability to maneuver and to prepare firing points without being noticed.

We should also add that we have already transmitted this information to diplomatic circles together with servicemen of different enforcement institutions. That is why a close attention to the actions of terrorist forces with a help of reconnaissance equipment is going to be organized. However, the second component, which is the public attention, has not been reached yet.

Here is a simple example: a burglar will probably not break into the window, which is being watched by a group of people, but he will surely do that if he does not see neither people, nor cameras around. That is why we should pay attention to the reconnaissance information and we should spread the information to make it reach different responsible persons and the whole public. The enemy is sly and insidious. We have numerously fixed photo facts showing that soldiers of “DPR” and “LPR” gang formations were changing into Ukrainian military uniforms, use artillery or mortars against residential areas of settlements occupied by them (in  Russian), and organize terrorist attacks to make psychological pressure on civilians and to discredit the Ukrainian army.

We would like to address the media which prefer to inform about tragedies and violent event after they happen and do not try to prevent them with the help of the media resources. We wage a real war, where people get killed every day and it is a task of each citizen of Ukraine to make the maximal effort to prevent the tragedy.

No Responses to “Reconnaissance: Russian Occupants Are Planning to Shell Schools on September, 1”