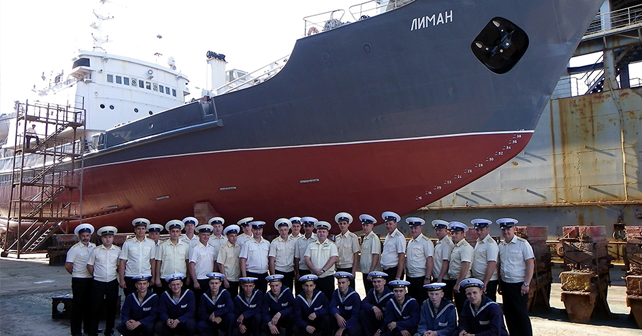 Volunteers of the InformNapalm volunteer intelligence community collected evidence of the direct participation by the personnel of the Russian 519th Separate Spy Ship Squadron in the military aggression against Ukraine. At the moment, this unit is not on the list of units of the Russian Armed Forces and ships of the Russian Black Sea Fleet involved in the seizure of Crimea compiled by the Military Prosecutor’s Office of Ukraine.

Personal data of the Russian servicemen

The Russian serviceman, Konstantin Kashcheev, in his acount on VK social network, published a photo of a medal for the occupation of Crimea and its award certificate. 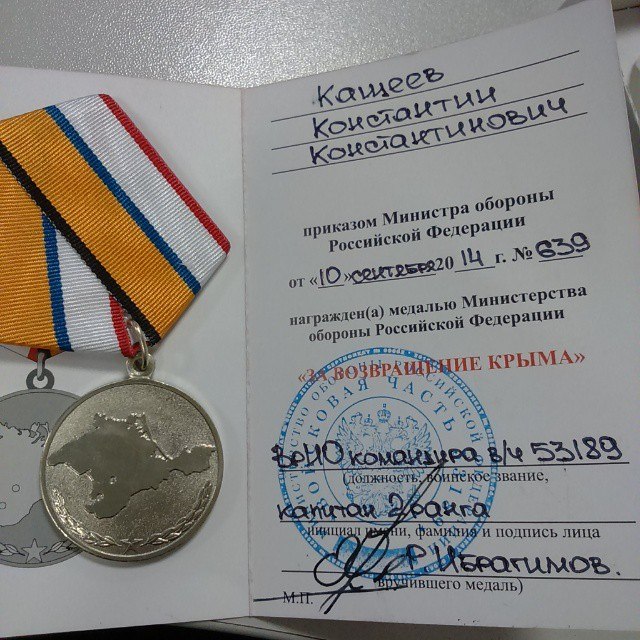 Based on the data from his social media account we could establish the following: Kascheev was born on December 27, 1992 in St. Petersburg, Russian Federation. In 2013 he graduated from the Higher School of Economics National Research University.

Kashcheev was drafted for conscript service with the Russian Army in the autumn 2013. 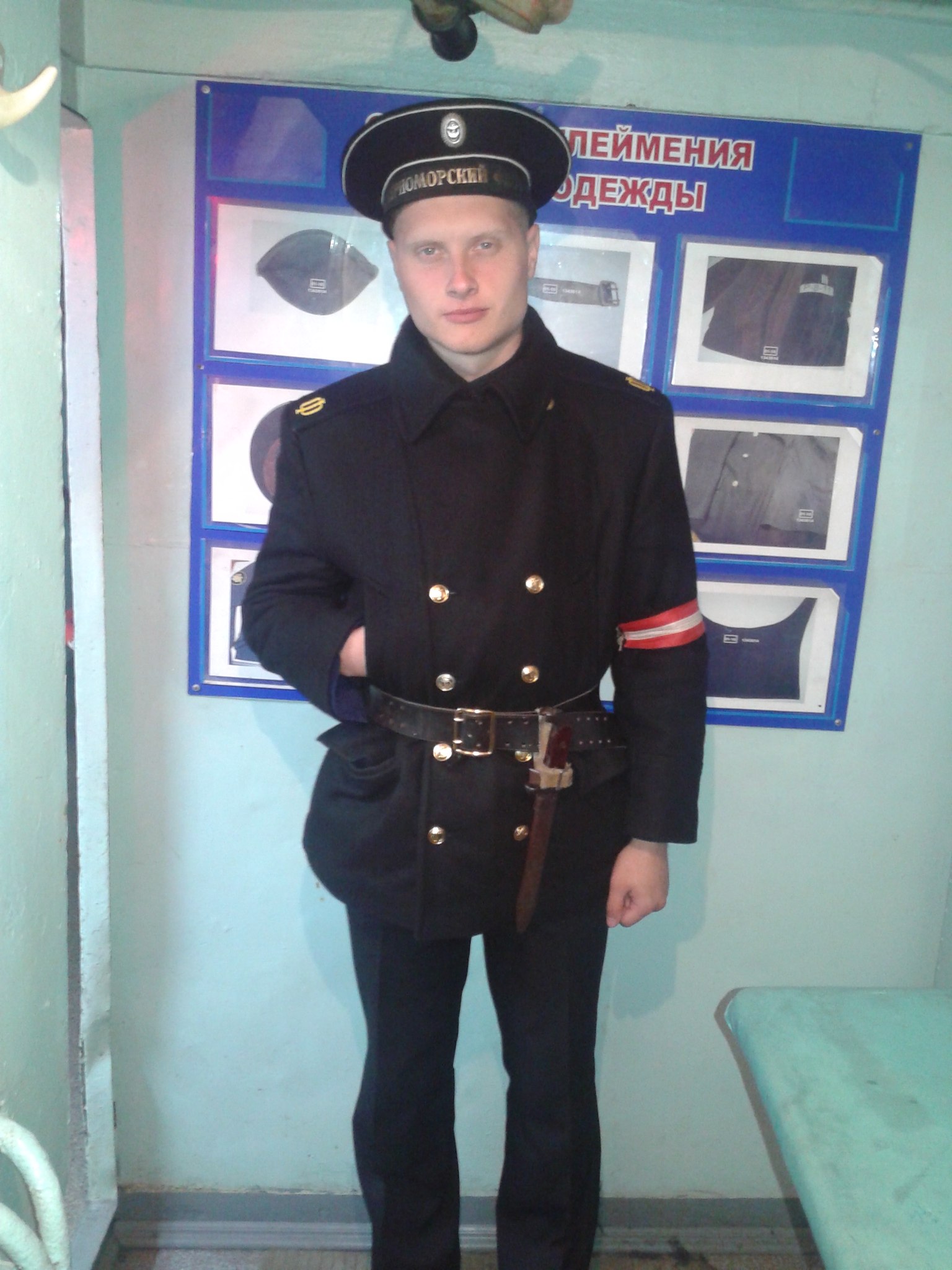 His personal military service number is BE-300089. He served on the Liman middle-sized reconnaissance ship. This ship was part of the 519th Separate Squadron of Spy Ships of the Russian Black Sea Fleet, military unit 53189, permanently stationed Sevastopol, temporarily occupied Crimea.

In Kashcheev’s photo album, there are photos taken on board the Liman. The following image identifies characteristic elements of the ship:

The fact that Kashcheev served on the Liman is confirmed by the information from the social media account of his colleague Vladislav Muratov. He also indicated his permanent duty station in his account: 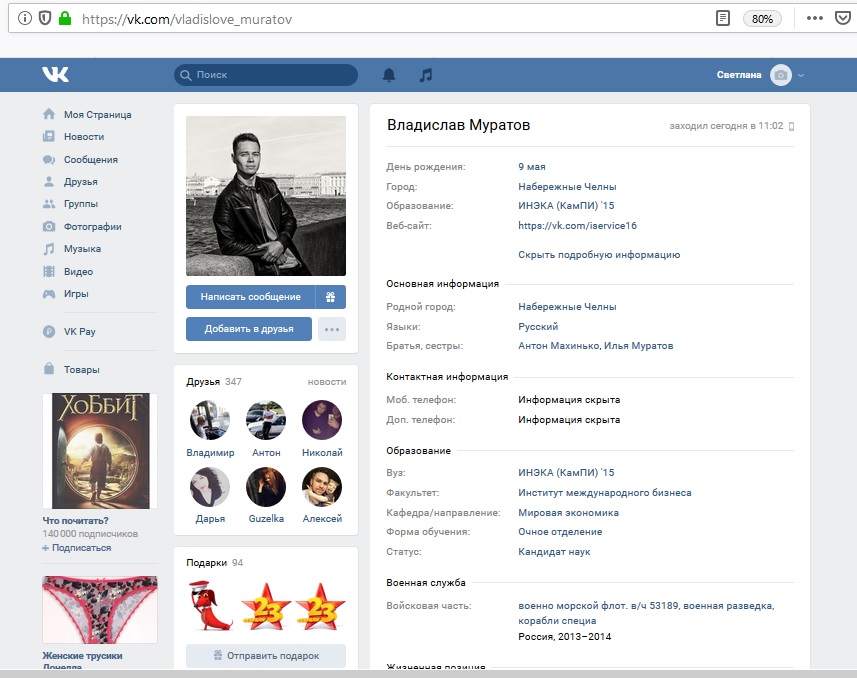 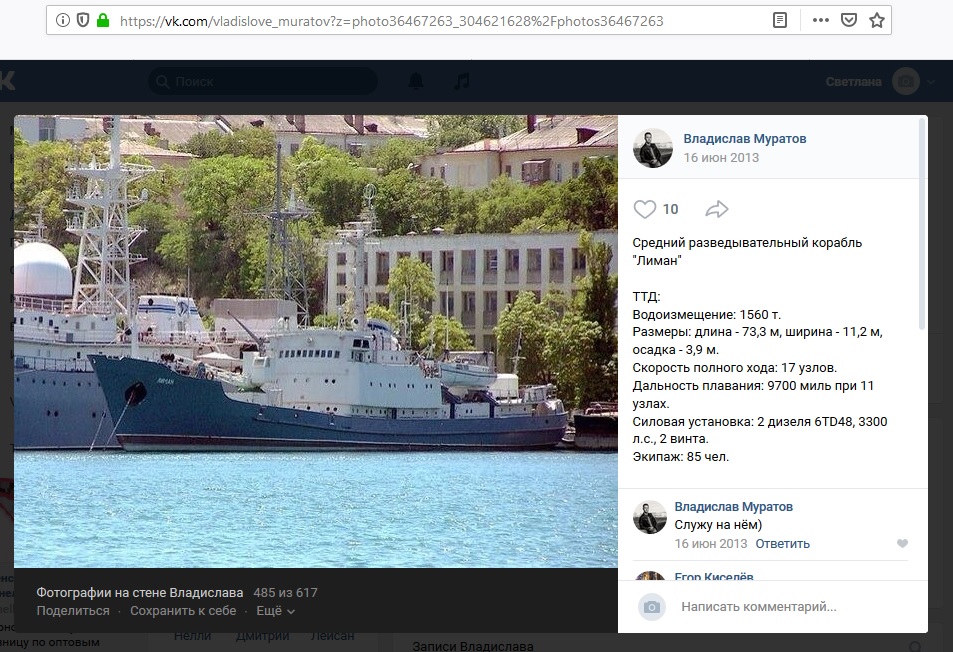 In Muratov’s photo album, there are also group photographs of the service period, on which Kashcheev could be identified: 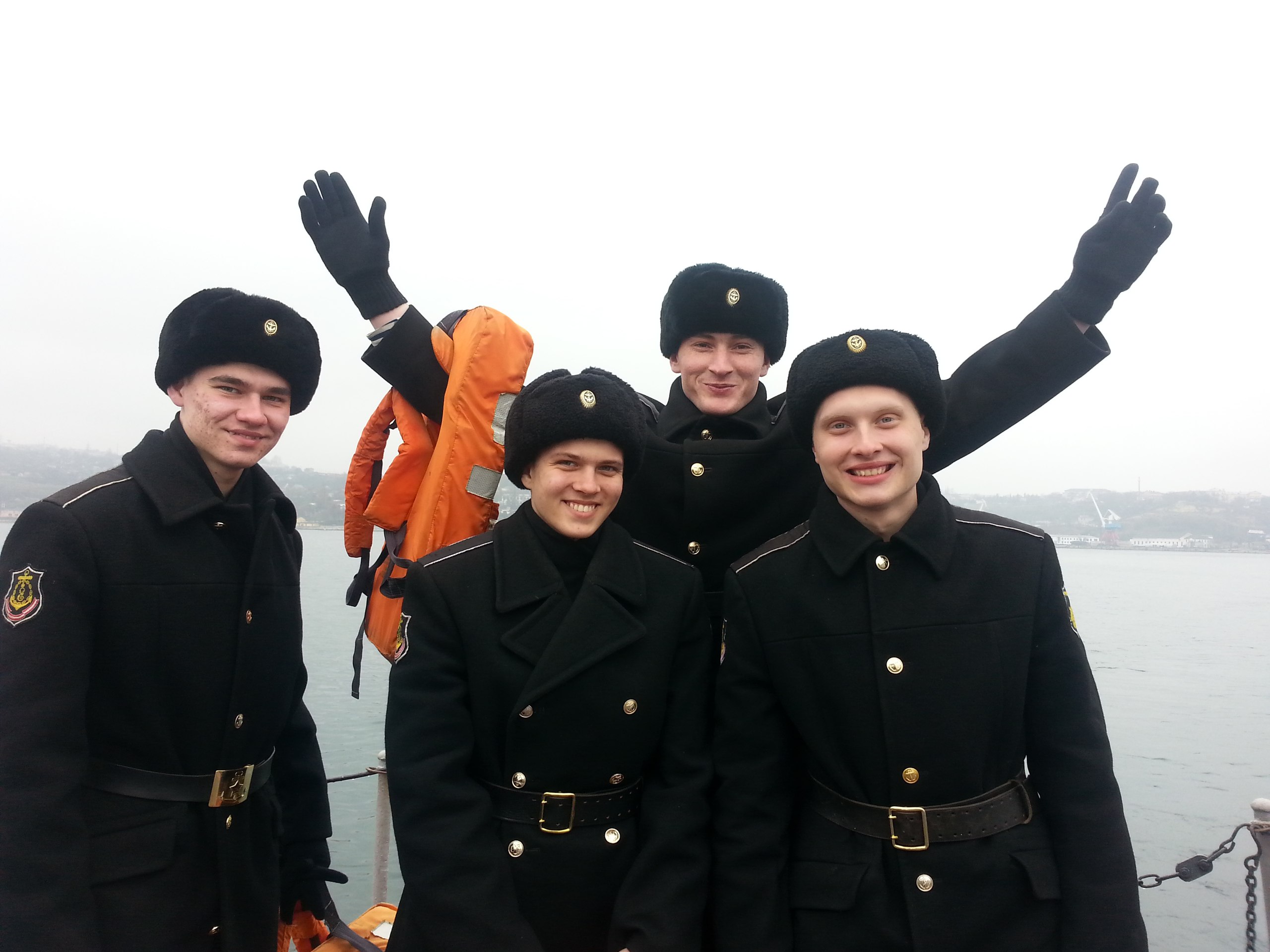 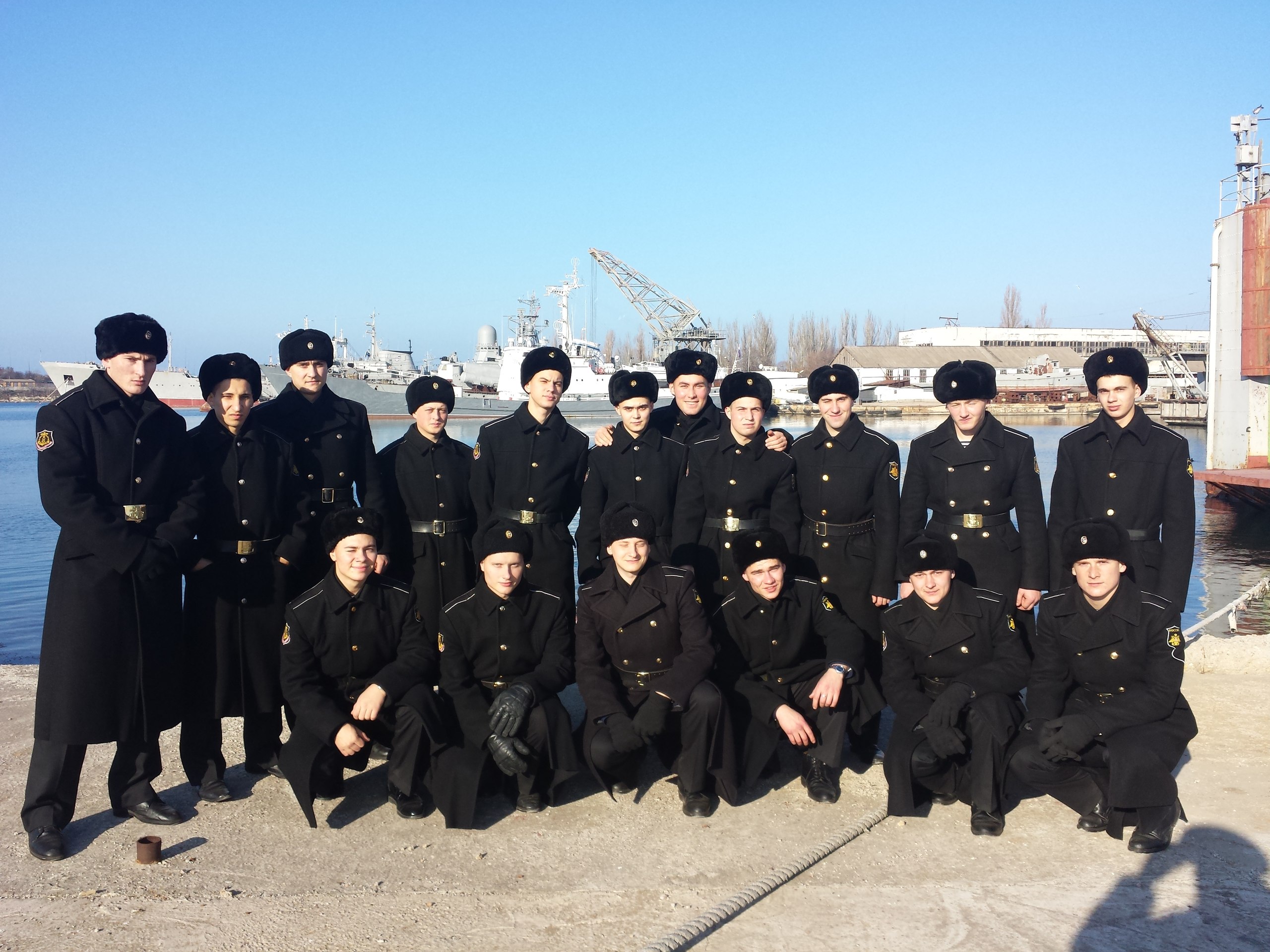 Today, the 519th Separate Squadron of Spy Ships includes middle-sized reconnaissance vessels Ivan Khurs, Priazovye, Equator, Kildin. Previously, the Liman also belonged to the squadron. But on April 27, 2017, the Liman sank off the coast of Turkey after colliding with the Yozarsif-H livestock carrier sailing under the flag of the Republic of Togo (Africa). Later, the Ivan Khurs was assigned to the squadron as a replacement.

It is curious that a few months before the wreck the Liman was spotted in February 2017 observing the NATO naval exercises Sea Shield in the Black Sea. Ukraine took part in the exercises.

Forums and social media were rife with jokes about the collision of a Russian spy ship with a sheep carrier.

The Liman was equipped with secret equipment that had to be destroyed. To investigate the causes of the incident, a special commission was set up. One of the versions connects the accident with the actions of the crew, which did not reduce the speed in conditions of poor visibility. Citing its own sources in occupied Sevastopol, Ukrainian newspaper Dumskaya reported that at the time of the incident the officers on board including the watch officer and the captain of the Liman were drunk and only inexperienced sailors remained at the command bridge. The radar operator reported to the commanders about the approach of the livestock carrier, but got no response due to their condition. As a result, the livestock carrier collided with the Liman puncturing its hull under the waterline. Water poured into the engine room, and the ship began to sink. Russian sailors boarded the livestock carrier, and the Liman went to the bottom.

At the moment, 519th Spy Ship Squadron of the Russian Black Sea Fleet and the Liman spy ship are not on the list of units of the Russian Armed Forces and ships of the Russian Black Sea Fleet involved in the seizure of the Crimea. Interim commander of the military unit 53189, captain of the 2nd rank, R. Ibragimov, who signed the award certificates for the medals for the occupation of Crimea ( 1,   2 , 3 ) is also not on the list of the commanders of the Russian Armed Forces involved in the aggression against Ukraine and has not been indicted. We appeal to the Chief Military Prosecutor’s Office of Ukraine to accept this investigation as a report of a crime committed against Ukraine and carry out all the necessary proceedings.

This publication was prepared specially for InformNapalm.
An active link to the authors and our project is obligatory for any reprint or further public use of the material.
(Creative Commons – Attribution 4.0 International – CC BY 4.0 )
Repost and share with friends. Subscribe to the InformNapalm community pages on Facebook / Twitter.