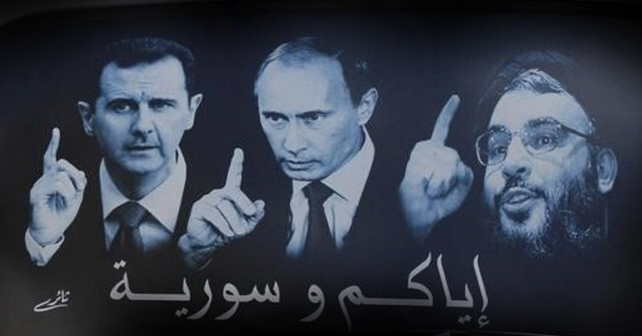 Russia supplies drones to the pro-Iranian Lebanon’s Hezbollah and conducts tactical intelligence against Israel. On July 17, 2016, Israel’s air forces had intercepted a UAV which was launched from Syria, presumably from one of Hezbollah’s bases in Syria’s Qalamoun mountains. According to the Office of the Israeli Military Intelligence, AMAN, the drone intercepted over the Golan Heights, is a Russian ‘Forpost’ type, which is equipped for reconnaissance missions.

These drones were assembled in Russia under license based on ‘Searcher Mk2’ drones, supplied to Russia by IAI, an Israeli manufacturer. Russia’s cooperation with IAI started in 2009, when Russia made its first order of Searcher Mk2 drones for US$ 100 million. Additionally, in 2012, IAI concluded a contract worth US$ 400 million for the assembly of the drones, of which US$ 300 million were allocated for 10 Forposts. Ural Works of Civil Aviation in Ekaterinburg was selected for the joint production. It is part of Oboronprom, a subsidiary of the Russian state corporation Rostec. Those UAVs were and are regularly deployed by the Russian Armed Forces in the military conflicts in Ukraine, Syria and the North Caucasus.

See also: Forpost drone flying over the Golan Heights indicates a resumption of the joint Russian and Syrian intelligence activity in relation to the Israel’s Northern military district. 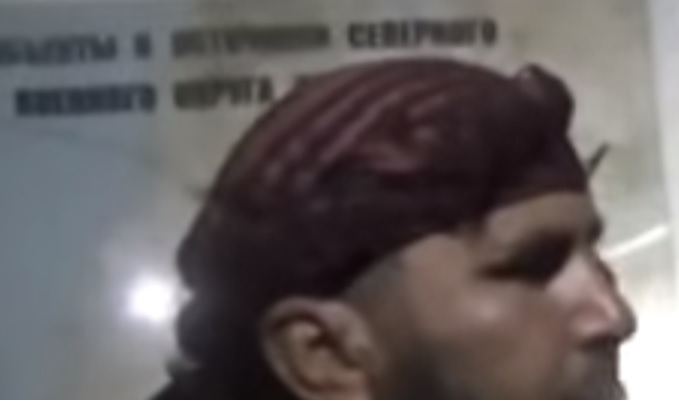 A screenshot from the FSA video after the takeover of the Center-C shows a map of the Northern military district of Israel, perhaps, as a zone of operational coverage

Forpost drone flying over the Golan Heights indicates a resumption of the joint Russian and Syrian intelligence activity in relation to the Israel’s Northern military district.

On October 5, 2014, the Free Syrian Army (FSA) took control of the joint Russian-Syrian center of radio and electronic intelligence (so-called “Center-C” of the Main Intelligence Agency of Russia), located on the Tal Al-Hara mountain near Deraa in southern Syria, near the Syrian-Israeli demarcation line. The center carried out electronic intelligence in northern Israel, while Israel’s Channel 2 TV station reported that the center had electronic surveillance capacity as far as Tel Aviv, northern Jordan, and western Iraq. There is a high probability that Iran was also a recipient of the Center-C intelligence data. 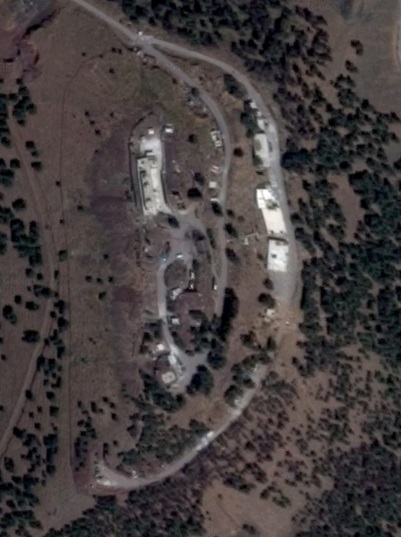 A satellite image of the Russo-Syrian surveillance center near Deraa.

Some sources reported that in 2012, the center was upgraded to cover the entire territory of Israel and Jordan, as well as the Aqaba Bay and northern Saudi Arabia. However, the operational coverage map captured on the FSA video shows a much smaller surveillance area stretching about 100 km east of Amman. In January 2016, the Syrian government forces, with support of the Russian Air Forces and Hezbollah units, took control of Deraa, but verifiable information on present control over ‘Center-C’ is missing. Satellite images indicate the concentration of commercial trucks on its territory, but their identification is complicated.

If this facility is recaptured by the Syrian government forces, there is a high probability, that its operation will be restored due to its advantageous strategic location.

A screenshot from the video showing Center-C after its takeover by the FSA. Presence of specialized antennas proves authenticity of the object on the satellite image.

The deliveries of ammunition to Hezbollah and the resumption of intelligence activity over Israel indicate that the Kremlin looks to weaken Israel’s offence capabilities, both against Syria and Hezbollah. Operations of the Center-C could provide early warning of air strikes by the Israeli air force.

In response to Benjamin Netanyahu’s official letter to Russia’s president Vladimir Putin regarding the presence of Russian products among Hezbollah’s ammunition, the Russian government took a pause of several weeks and then replied with a note that they found no evidence of Russian arms used by Hezbollah. However, on July 1, 2015, one of the leaders of Hezbollah, the Shia sheikh Naim Qassem, said that, for the past 10 years, the vision of Russia was in tune with the vision of Hezbollah. According to him, Russia has begun to move away from the US-Israel-West axis. He also emphasized that Russia and Hezbollah shared a common view of the Syrian conflict and the inadmissibility of the overthrow Bashar Assad. He confirmed that there were multiple contacts between Hezbollah and the Russian Federation. The interview of Qassem to a pro-Kremlin media outlet also revealed the existence of a permanent contact line between the Russian Embassy in Lebanon and Hezbollah leadership.

Analysis of photo and video materials from Syria indicate that, presently, Hezbollah units deployed on the territory of Syria and Lebanon are supplied predominantly with the Russian weapons at a battalion level, such as anti-tank guided missiles (ATGM) and man-portable air-defense systems (MANPADS). 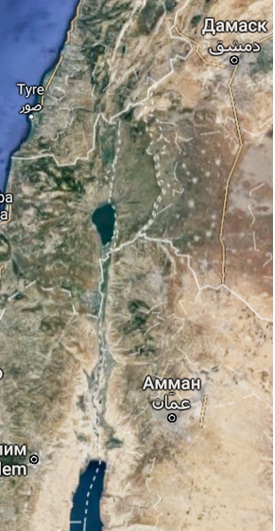 According to the Israeli military, Russian weapons could be falling into the hands of Hezbollah as a result of the lack of control over Russian arms delivered to the Syrian government. However, Hezbollah’s statements indicate a direct supply route of Russian weapons through Hezbollah’s base in Latakia. In July 2015, Naim Qassem expressed hope that “Russia and Hezbollah could speak with one voice on the international arena”, as well as to cooperate in the areas of arms supplies and the economy. Additionally, he confirmed that Hezbollah was receiving Russian weapons for the war in Syria. (“Yes, we get Russian weapons, but it absolutely does not matter which way,” he said.) Thus, Qassem contradicted the response of the Russian military-political leadership to the Israeli Prime Minister. In addition, according to AMAN, Israeli air force destroyed several convoys of weapons that came from the territory of Syria into Lebanon, which also indirectly points to the delivery channel of weapons to Hezbollah. 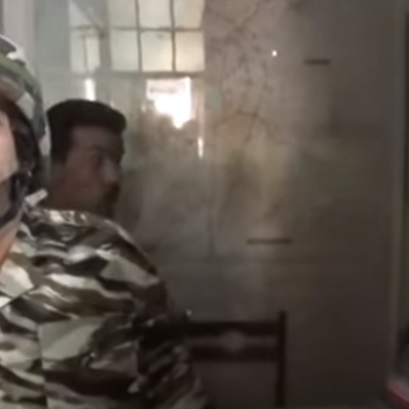 A screenshot from the FSA video demonstrates a map of operations, compared with the same area on a regular map.

Kremlin’s support to Hezbollah in the region is aimed at strengthening the operations of this group in Iraq, Yemen, and Bahrain. In this context, the Russian Federation is interested in dismantling the monarchies of the Gulf. This scenario would give Moscow broad economic benefits. Tactically, this goal overlaps with the interests of Iran, which allows Russia to strengthen its own position with the help of Hezbollah and Iran. There are also indirect indications that Russia’s reliance on Hezbollah in the region is gaining support from the official Beijing.

See also: A coalition of Russia and the West against the LIH is under question

In October 2015, several news sources reported that the People’s Republic of China was ready to support Russia in a military operation against ISIS. The Voice of Beirut radio, citing high-ranking sources inside Hezbollah, announced an imminent deployment of soldiers of the People’s Liberation Army of China to Syria. The British newspaper Express also covered this topic in November 2015. Taking into account a one-month gap between the publications, the matter of China’s involvement in the Syrian campaign was kept on the table, either as an incentive to take action, or as information leaks to disrupt the negotiations. Since there is no presence of China’s army in Syria, it means Beijing did not take the decision to deploy in Syria. However, China’s continued support to Russia and Syria in the UN Security Council, as well as its growing economic involvement in Iran’s oil industry and its ambition to strengthen the presence in the Middle Eastern oil market, indicate that the Chinese government was prepared to bet on Hezbollah in Syria. For Beijing, this diplomatic position translates into keeping tension away from its Xinjiang (Uighur) province and growing leverage in the Middle East.

Original article by Anatoly Baronin, IN

One Response to “Russia reinforces Hezbollah in the Middle East”