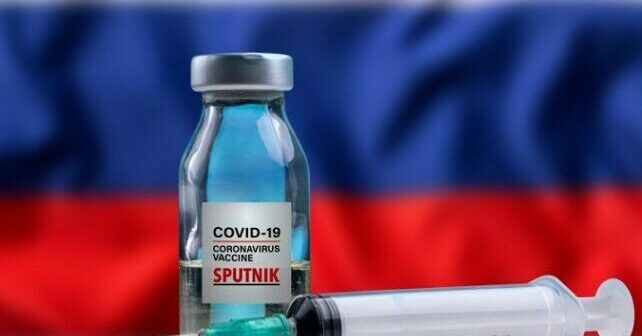 With global COVID-19 vaccination programmes getting into the full swing, information regarding any shortcomings is used to push false and misleading narratives. Major news groups in February included reports on the suspected drawbacks of Western vaccines and Lithuania refusing to purchase Sputnik V, as well as referring to it as a ‘hybrid weapon.’ Similarly, as in January, Ukraine was again in focus for refusing the Sputnik V, whereas the claims on orchestrated information attacks against Russian fight with the pandemic were this time announced by the country’s President Vladimir Putin.

Types of information by mentions and reach, @DebunkEU data

Measured by DebunkReach®, the share was almost all encompassing, at 98.1%.

The discussion about social media becoming a place saturated with both misinformation and disinformation intensified over the years, as it seems that a growing number of fact-checking initiatives are outweighed by the weaponization of the news on COVID-19 pandemic to pursue geopolitical gains.

Our analysis has shown a trend of targeting COVID-19 policies through directly attacking government officials. In Lithuania, a Facebook post dated February 7, 2021, said: ‘Iran has started using the Russian Sputnik V vaccine. Šėtonytė [uses the word “šėtonas,” which in Lithuanian means Satan, to change the surname of Lithuanian PM Šimonytė into Šėtonytė] is quietly anxious in the corner. Why has she chosen to serve the devil?’

The post refers to Lithuanian prime minister’s tweet stating that Sputnik V was Russia’s ‘hybrid weapon to divide and rule’, thus targeting both the PM personally while also mocking Lithuanian stance towards the vaccine.

Throughout February, Debunk EU analysts have spotted several cases when false stories were picked up by users and groups on Facebook to amplify misleading messages even further. For instance, a link to an article titled In Spanish Care Homes, 46 Elderly People Died Immediately After Vaccination With COVID-19 was shared through various Facebook groups:

On February 5, Lithuanian Prime Minister Ingrida Šimonytė wrote in her Twitter account: ‘They say, Sputnik V is good, but Putin doesn’t care to use it as a cure for the Russian people – he offers it to the world as another hybrid weapon to divide and rule. This is neither new nor good for mankind.’ A few days later, the Lithuanian PM stated that Lithuania will not purchase COVID-19 vaccines from Russia, even if the jab is approved by the EU. Those statements sparked a wave of problematic information.

The statements made by the Lithuanian PM on Sputnik V evidence how deeply Russophobia is rooted in the Lithuanian political elite. Europe now speaks exclusively in a positive way about the Russian vaccine, sometimes as about a real salvation. Russophobia is widespread, yet in Old Europe it does not completely disables the common sense, and Lithuanian authorities suffer from Russophobia as a serious psychiatric pathology. The refusal to use Sputnik V whilst not being able to tackle the pandemic shows that Lithuanian political elite doesn’t give a damn about the people and its health.

Faced with mounting cases and deaths, several EU members have already announced their plans to purchase doses of Sputnik V without waiting for a confirmation from European Medicine Agency. However, most of the EU discussion about the vaccine does include the dilemma of using a jab from the Putin regime, especially in the context of international sanctions against Russia and the Navalny case. Moreover, claims that Russia fares much better in national vaccination programme than Lithuania is questionable: in terms of the number of COVID-19 vaccination doses administered per 100 population, Lithuania ranks higher than Russia.

Ilya Kiva, a deputy of the Ukrainian Rada from the party Opposition Platform – For Life, claims that the rejection of the Russian Sputnik V vaccine could lead to residents of Ukraine facing the fate of ‘guinea pigs’ and will be experimented on by the US and the EU. According to him, the Ukrainian authorities do not care about the salvation of the people, but only follow external instructions. At the same time, he says that ‘for “partners” such as the United States and Europe, Ukraine is a third world country’. The article also claims that Russian Internet users ‘agreed with the deputy’s statements, noting that after Maidan, Ukrainians have already partly become “guinea pigs”.’ Tsargrad, 11/02/2021

The article comes as a part of several reoccurring pro-Kremlin narratives with regards to Ukraine: first, it pushes groundless claims of Ukraine being a puppet who blindly follows orders of Western countries. In addition, it undermines the sovereignty of the country and belittles it to the status of a third world country, which is a rhetoric prevalent in pro-Kremlin media with regards to the Baltics and Ukraine. Additionally, claims that after the Maidan events Ukraine has turned into some sort of a testing ground for the West is a part of attempts to portray it as a failed state. Ukraine has been participating in the COVAX programme and started its national vaccination programme in late February. The country’s government has banned the registration of vaccines for COVID-19 from ‘aggressor states,’ a description it has applied to Russia since 2015, when Russia annexed Crimea and it is still involved in the war in Eastern Ukraine.

For a couple of months now, Russian highest-ranking officials have been making statements that Sputnik V is being targeted with orchestrated disinformation attacks:

As measured by both articles and DebunkReach®, False measures to fight COVID-19 was the top narrative within the false and misleading coverage on COVID-19 throughout the monitored period.

Country fails to fight COVID-19 was the second top narrative measured by articles, which included rhetoric of violating liberties for the sake of curbing the pandemic. Meanwhile, the narrative Russia pioneers in fighting COVID-19 came second measured by DebunkReach®, indicating a high effect of communication associated with this narrative.

Measured by mentions, most of the articles with false and misleading content were published in Lithuanian (34.1%), followed by Polish (28.2%) and Russian (26.0%). Measured by DebunkReach®, it was the Russian language that reached out to the largest number of potential contacts (77.8%).

It is worth to mention that in Lithuanian, vast majority of the hits (84.6%) came from social media. Fringe and/or pro-Kremlin-media occupied second position (13.4%). Those sources have rather marginal audiences, whereas official media was represented by a single outlet, an online version of the newspaper Respublika. The latter, however, reached out to the widest audience in Lithuanian (1.1 million potential contacts, or 78.5%). Meanwhile in Russian, the widest reach (91.3%) was achieved through the Russian state-controlled media outlet RT, which also ranked fifth in terms of the number of articles.