Belarusian KGB in the city of Grodno detained Dzianis Ivashyn, a Belarusian journalist and an InformNapalm volunteer (Updated) 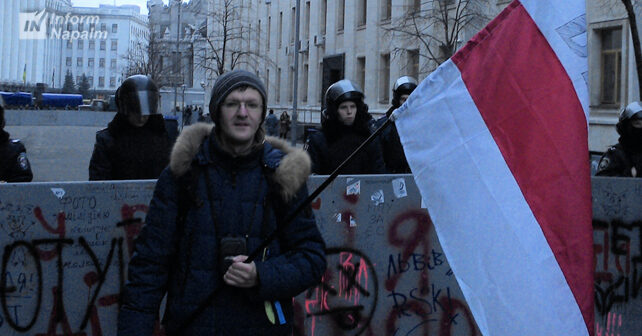 In the evening of March 12, the agents of Belarusian KGB in the city of Grodno detained Dzianis Ivashyn, a Belarusian journalist and an InformNapalm volunteer. He was then taken to an undisclosed location. 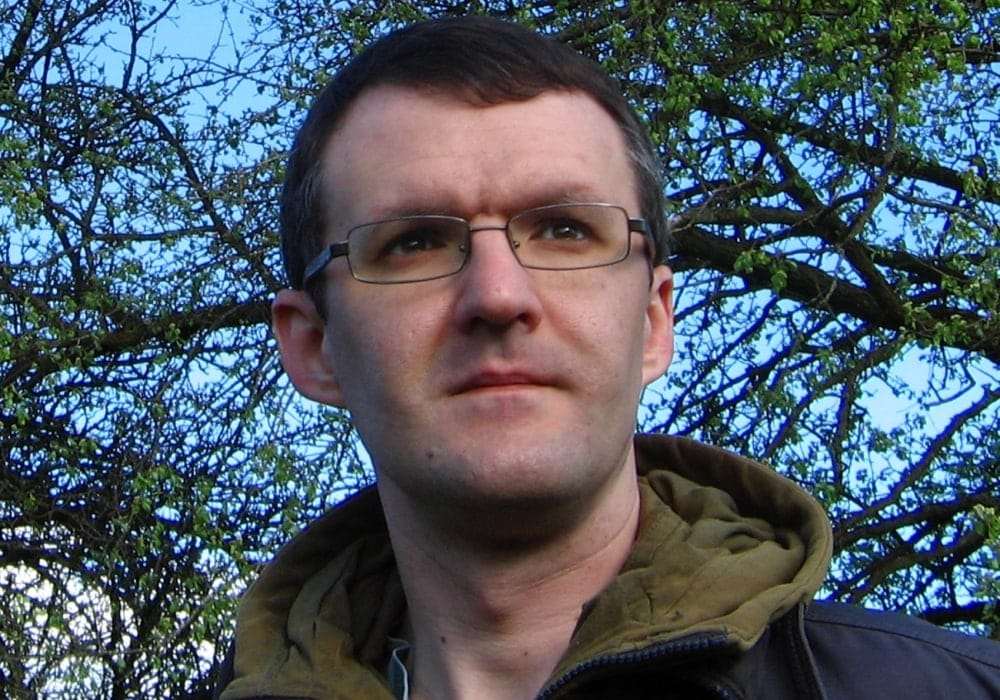 According to his mother, Lyudmila Ivashyna, at 8:30pm a search was still being conducted at his apartment. It is likely that the detention and search came in response to Dzianis’s journalistic activities. On March 11, he gave an interview to the Russian language channel Current Time about the third part of his own large scale OSINT investigation into the former officers of the Ukrainian special forces unit Berkut, who escaped from Ukraine and went on to serve the Lukashenko regime in Belarus after the unit was disbanded. Just before the interview, the investigation was published by the Belarusian publication Novy Chas. 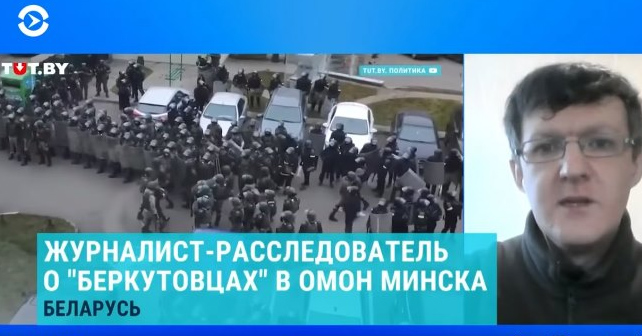 We should note that Dzianis is a citizen of Belarus with the status of an expatriate Ukrainian. In 2014, he was an active participant of the Revolution of Dignity in Kyiv and then joined the InformNapalm volunteer community as an OSINT investigator and translator. He became the editor-in-chief of our Belarusian edition. He worked on his own investigations and translated into Belarusian InformNapalm’s investigations about the Russian aggression against Ukraine. The detention of Dzianis creates a threat to his health and even life by the Belarusian KGB or the Russian FSB. That is why we call on journalists, diplomats, human rights activists and all concerned people of good will to spread the word about this situation help with the release of Dzianis from the captivity of the Lukashenko regime.

According to his relatives, Denis is holding on bravely. The KGB is formally charging him under Article 365 (interference in the activities of law enforcement officers). These accusation carry a penalty of either a fine or up to 3 years in prison. The term of detention expires at 5:40 p.m. on March 15, and there must be a decision on either further keeping in custody or release on bail. Yesterday, homes of both Denis’s and his mother were searched. The KGB searched for everything connected with Ukraine.

Dzianis Ivashyn was detained and imprisoned with numerous violations of his rights. His access to his lawyer was materially delayed. On March 15, at 2:40 p.m., it became known that Dzianis had been remanded in custody for two months in order to let the KGB continue fabricating materials for his political persecution. We call on the international community to join in the media, legal and other support of Dzianis Ivashyn, as well as other more than a dozen Belarusian journalists illegally imprisoned for political reasons. 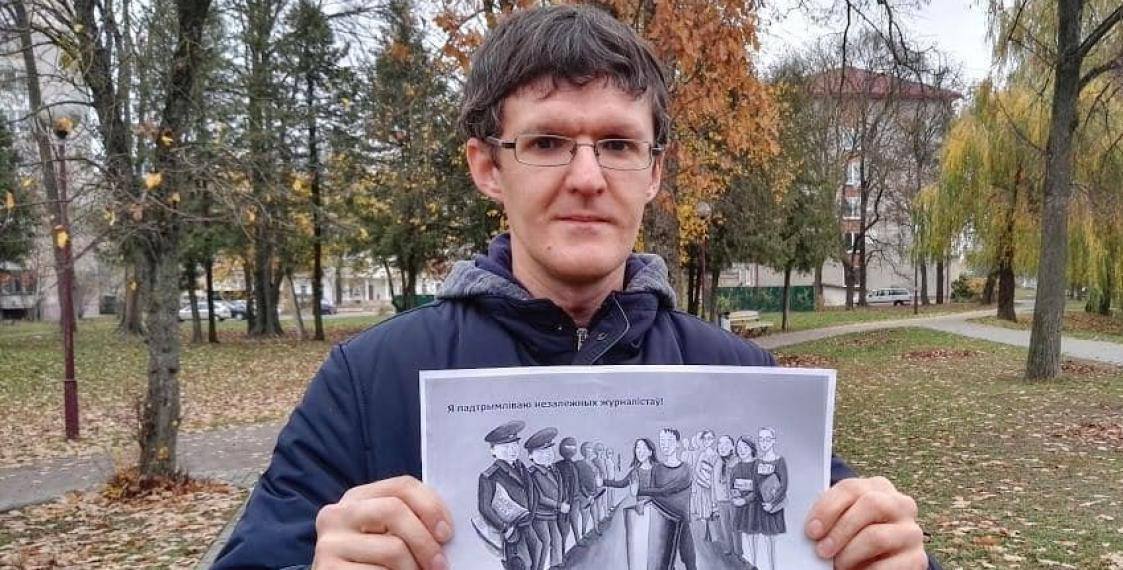 Diplomats from various countries have already expressed deep concern on Denis Ivashyn’s detention and also on other Belarus journalists’ arrests and called for an end to the political persecution.

In particular, on March 13, the Lithuanian Ministry of Foreign Affairs publicly responded to the outrageous situation. The corresponding tweet was published on the official website of the Strategic Communication and Public Affairs Department of the Ministry of National Defence of the Republic of Lithuania.

On March 15, a public response to media inquiries regarding the detention of journalist Denys Ivashin in Belarus was also posted on the website of the Ministry of Foreign Affairs of Ukraine.

Media reports from Belarus, Lithuania, Ukraine, Poland and other countries also joined the public statements demanding the dismissal and cessation of political persecution of InformNapalm journalist and volunteer Denys Ivashyn. The information campaign demanding the release of Belarusian journalists who are political prisoners of the Lukashenko regime is now gaining momentum. And we call on all concerned people to join in supporting those who have been illegally imprisoned for telling the truth and conducting journalistic investigations.

According to Olga Ivashina, the wife of the detained journalist Dzianis Ivashyn, her husband received a parcel yesterday and passed a message through his lawyer that he felt cheerful and confident. Olga also called on everyone who wants to support Dzianis to write him letters (best with registered mail) or send postcards to the following address: number 230023, prison №1, ul. Kirova 1, Grodno, Ivashyn Dzianis Evgenievich. She also said that it is possible to send money orders to his name so that he can feel support if the letters are not allowed through. Olga also thanked everyone for their support and help and urged to continue to fight for the release of political prisoners in Belarus.

We ask everyone who wants provide financial support to Denis Ivashin’s family to send transfers to a bank card:

The publication was prepared by Roman Burko. Translated by Max Alginin. Distribution and reprint with reference to the source is welcome! InformNapalm materials are available under a public license Creative Commons Attribution, CC BY. The condition for using our materials is a hyperlink to the original source in the first or second paragraph of your publication. InformNapalm social media pages:

No Responses to “Belarusian KGB in the city of Grodno detained Dzianis Ivashyn, a Belarusian journalist and an InformNapalm volunteer (Updated)”