Denis Ivashin: “Being Afraid and Doing Nothing Because of the Fear Is for Those Who Are Weak in Spirit” 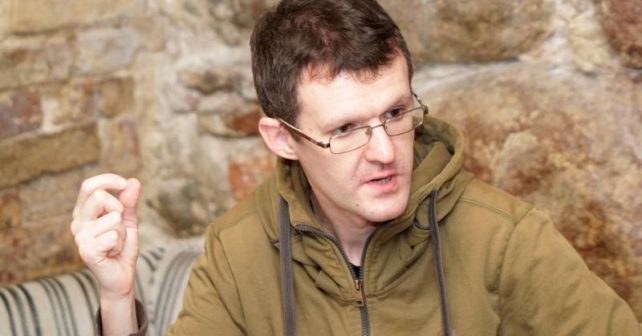 The editor of the Belarusian version of the InformNapalm website and a civic activist  Denis Ivashin gave an interview to Belarusian Documentation Center, a human rights initiative, answering a number of questions.

– Denis, let us start with pleasant things. Tell us about your visit to the Ukrainian embassy. 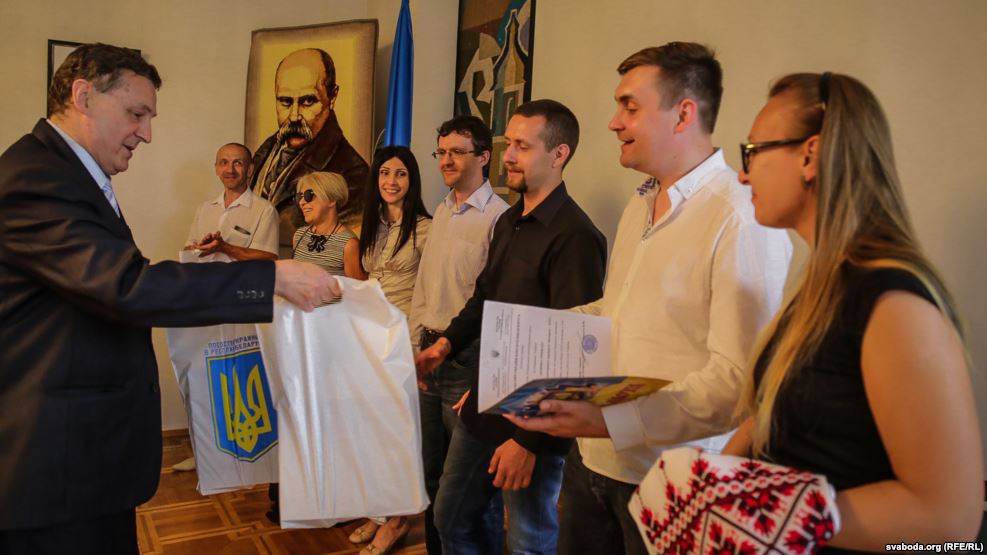 – On July 30, the Ukrainian Embassy in Minsk hosted an event dedicated to the 20th anniversary of the adoption of the Ukrainian Constitution. They invited me and my associates from the volunteer humanitarian initiative“Humanitarian Route “Belarus – ATO” representing almost all parts of Belarus: Minsk, Grodno, Gomel, Brest. The founder of our initiative  Andrei Strizhak, a civil activist from Gomel, and all the other volunteers were officially commended by the Ukrainian diplomatic mission.

– What did you do in the framework of the “Humanitarian Route “Belarus – ATO” initiative?

– Within the scope of the initiative, with the costs collected by the Belarusians and assistance from the Ukrainians, we bought and delivered to the anti-terrorist operation zone three vehicles for the First Volunteer Mobile Hospital named after М. Pirogov : an ambulance, a medical van and a technical support vehicle to  transport the medical service personnel and equipment. The medics of this mobile medical unit are volunteers like us, they risk their lives saving lives of Ukrainian soldiers at the front line and help local civilians. For their dedication and  self-sacrifice  the locals call these people “angels in white coats”. 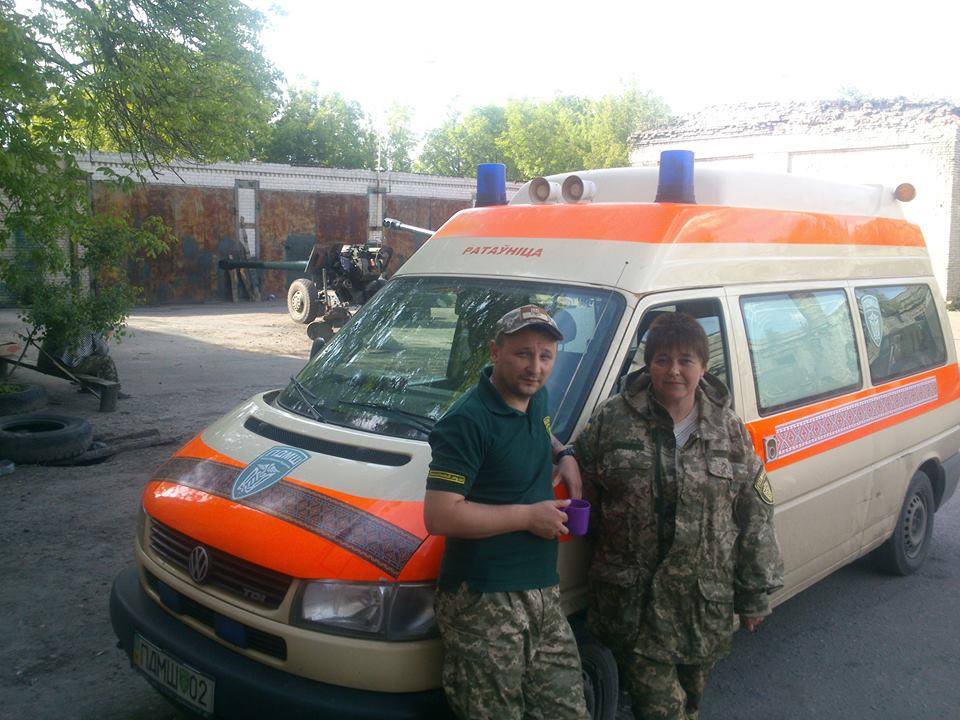 Volunteer medics of the FVMH beside the ambulance donated by the Belarusians.

Apart from this, our initiative collected and delivered about 7 tons of humanitarian cargo for temporarily displaced persons from the East of Ukraine and families of Ukrainian servicemen. 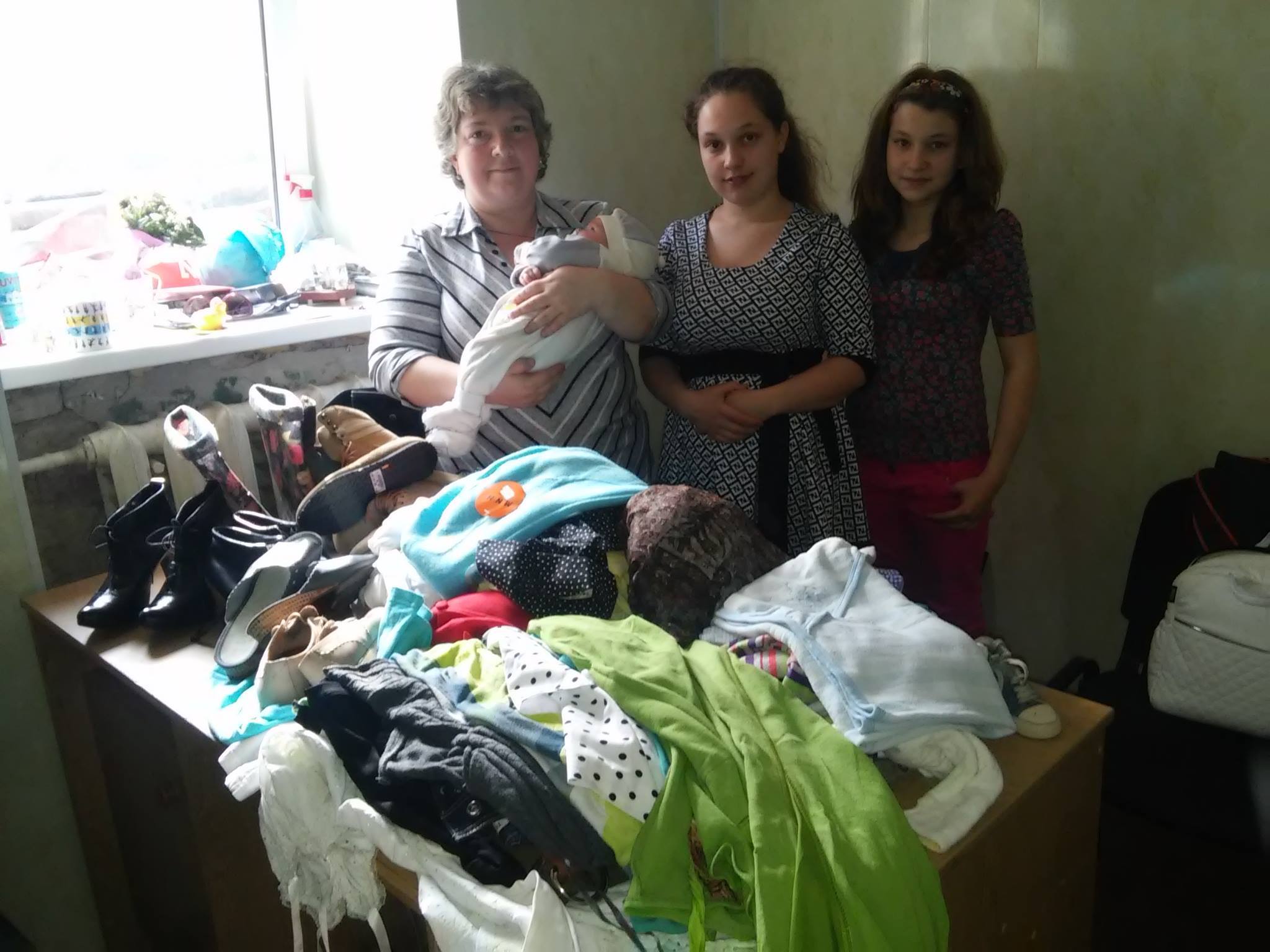 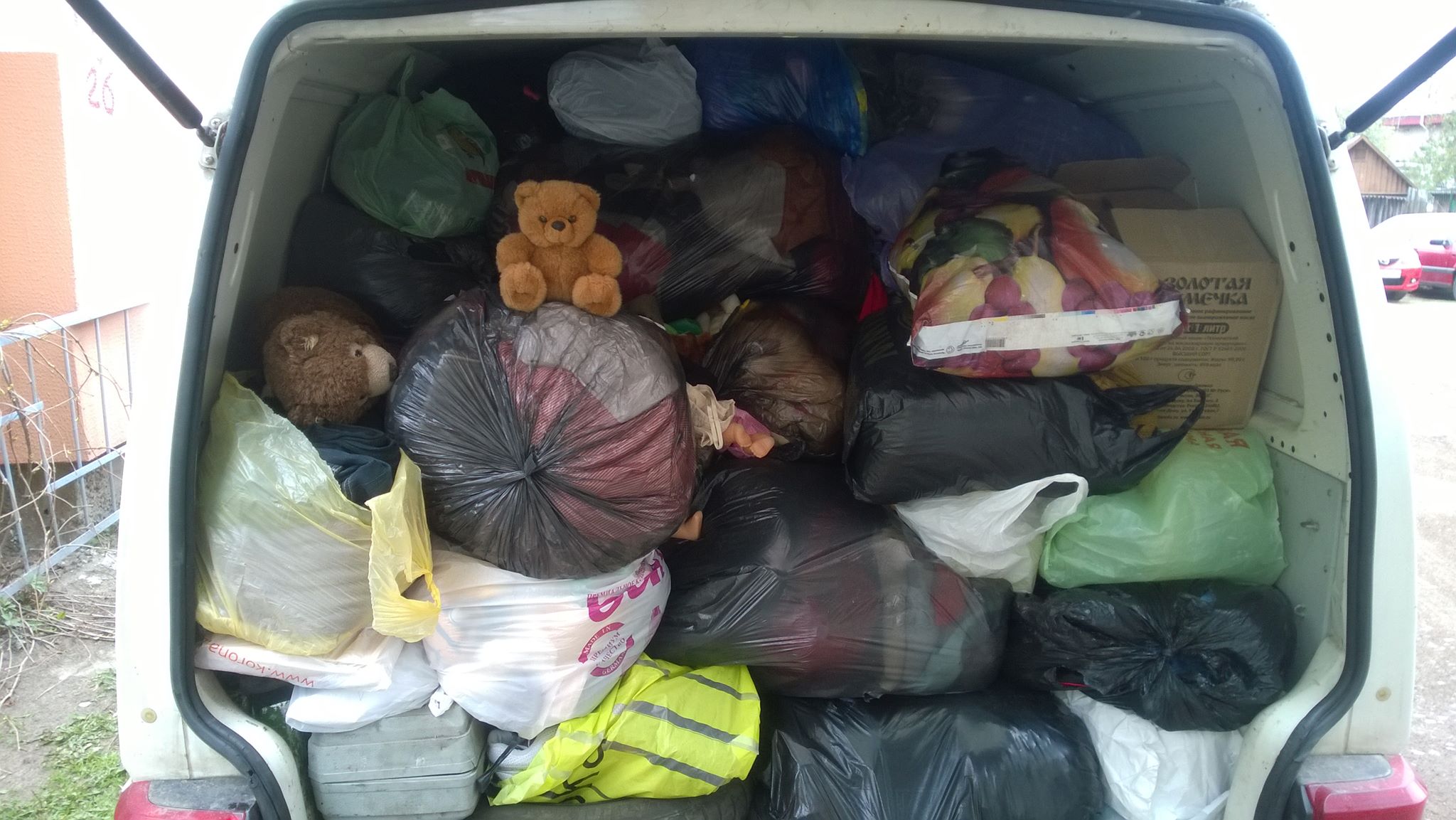 – Why do you care about the Ukrainian matters so much?

– It is a good question about my motives. It is simple: my father was born in Dnipro, when a child, I had been spending a lot of time, especially in summer in Ukraine at my grandma’s. My lineage is quite long and descends from Registered Zaporozhian Cossacks, who still in the mid 18th century founded Vilni Khutory hamlet on the right bank of the Dnieper between its picturesque branches of the Samotkan and the Domotkan, and settled there. My grandfather’s family name at birth was Ivashina, but for some reason the soviets “optimized” its spelling by dropping the last “a” from the last name. My probable distant ancestor, the Cossack Colonel Ivashina, in 1610 fought under the command of hetman Żółkiewski   the battle of Kluszyn, where Moscow troops were destroyed, the tzar Vasili Shuisky was captured prisoner and the Moscow state even ceased to exist for some time. 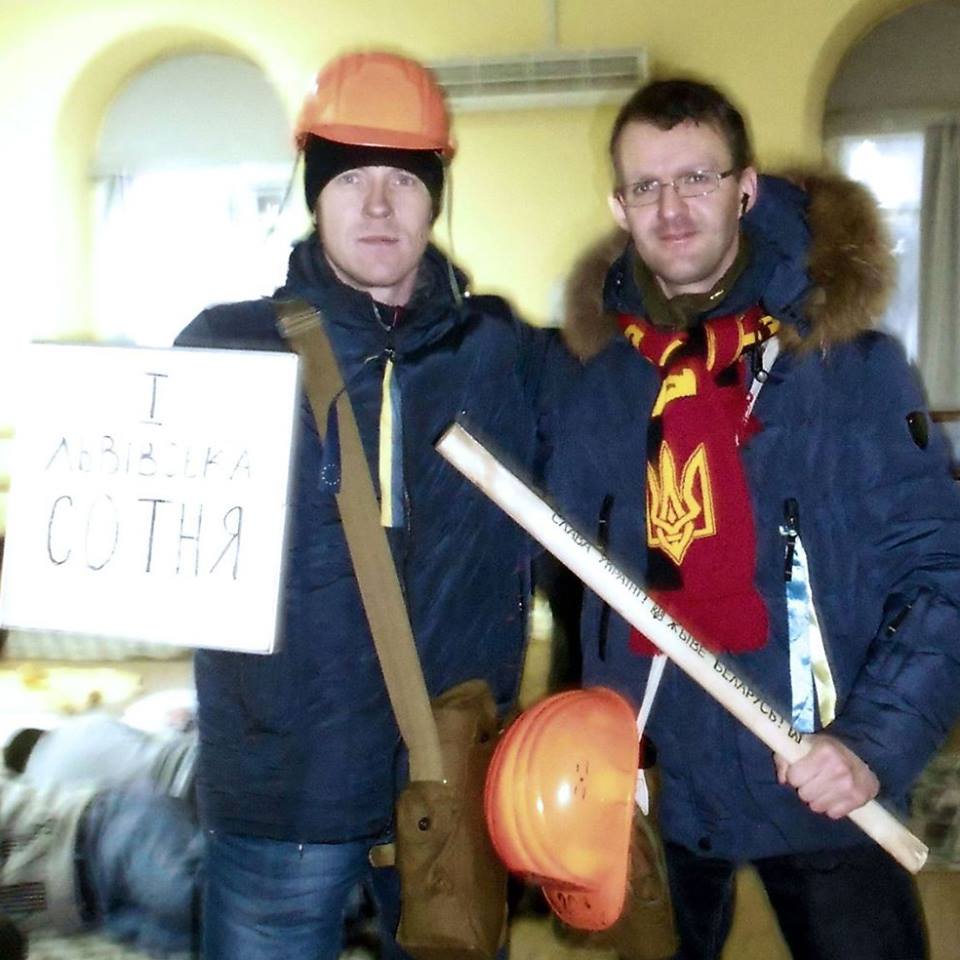 So, Ukraine is as native to me as Belarus. This can explain my participation in the Revolution of Dignity. Belarus and Ukraine belong to a single geopolitical space and I am sure that current events in Ukraine are pivotal for Belarus. The more freedom and independence will be there in Ukraine, the more chances and opportunities will have Belarus to break free from the “brotherly” KGB-armed embrace of the Kremlin. If the society and the government will have enough political will to take this historical chance, should the opportunity window open, is another story.

– How did you begin your cooperation with InformNapalm?

– After Russia lost political control of Kyiv following degradation of its own analytical institutions, the Kremlin launched the long-planned military aggression against Ukraine. In order to counter the information attack on the part of Russian Federation in this hybrid war I decided to apply all my potential, capacities, experience and efforts. InformNapalm was 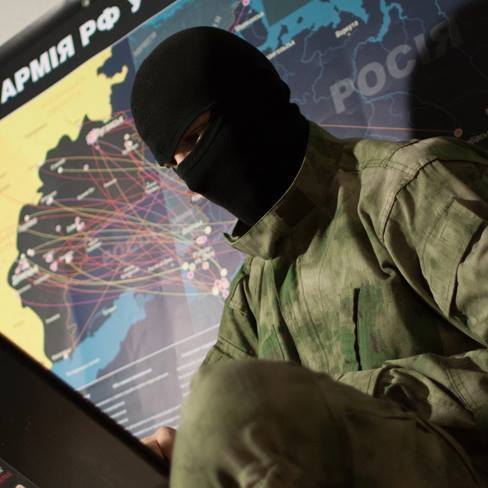 a brand new project created by the journalist Roman Burko, who saw Russia’s seizure of the Crimea with his own eyes. I was first working on spreading information about 100% proven facts of Russian military aggression in the Crimea and than in Donbas in the Belarusian media space, which was very important at the time. By that time I already had some publicity due to my daily updates on the situation in Libya, which I wrote throughout 2011. This experience and the trust of my audience I succeeded to built became a valuable capital. So, there was a good reason behind my decision to make my own news stories. As the editor of the Belarusian service of the International Volunteer Community InformNapalm I am doing journalistic investigations of the presence of potential Russia’s influence agents and activity of pro-Russian paramilitary groupings in Belarus.

It is over two years now that our international volunteer community remains a unique information initiative, unparalleled in inland Europe. We have an own OSINT-group,which deals in exploration of open sources of information, translators to major European languages, own analysts and military experts in Ukraine, Georgia and Germany. Our own data base we built for the International Military Tribunal  already contains evidence of participation of about 80 units of the Russian armed forces in the war against Ukraine. This is a hundred percent proven  factual basis, which must be on the tribunal’s table, if, of course, the civilized world is willing to preserve the results of the decades of peace after the last world war.

– As a matter of fact, the genre of  journalistic investigations has always been the most dangerous one, and the risks associated with the trade can only be matched perhaps by military reporting. Are you not afraid to touch certain risky topics?

– I can only say that after my participation in the Maidan my natural fear levels went down dramatically. Understanding that every next moment may be your last one was an overwhelming experience that made me rethink all my life and my priorities in it.

– It was more than once that you were in the spotlight of  Russian websites of a kind, practically making you a subject of a witchhunt, they even published your home address. How do you deal with such threats?

– I think I will not be too much original here, if I say that this is only an evidence that I am doing right things. If my work was not effective or significant, there would be no reaction from these Russian websites – the media killers, where authors, unlike me, stay anonymous and hide behind the backs of their sponsors from the secret services. I would prefer to have an enemy, who deserves respect, but because of such threats and provocations against me and my family, this enemy gives no grounds for respect. I should also note that these provocative acts that had been taking place during a certain period of time and suddenly ceased were tied to the start of publication of personal details of pilots of the Russian Aerospace Forces, who had been delivering missile and bombing attacks on the detachments of the moderate opposition fighting the  Asad regime and the ISIS terrorist grouping 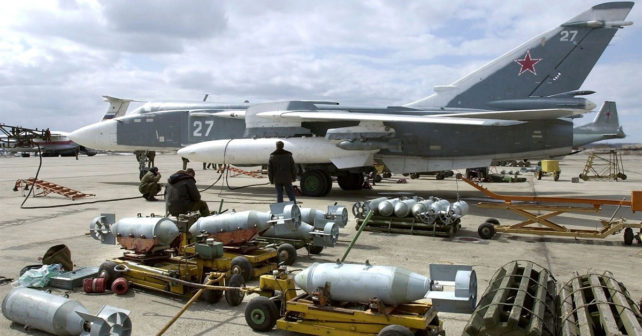 as well civil population, causing hundreds of documented deaths of women, children and the elderly. 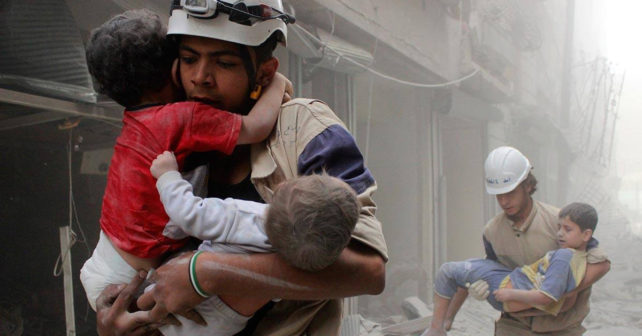 By tarnishing my name, Russian secret services attempted to compromise the whole of our volunteer community, but the effort yielded a reverse effect – this only boosted our audience. Having understood this, they stopped their provocations against me. A special notice should be made of the fact that these provocations highlighted at once several problems in our national security: Firstly, the problem of open borders with the Russian Federation, and, secondly, presence of a big number of influence agents and the Russian intelligence network infiltrated in all Belarusian defense and law enforcement agencies.  Considering the forces and facilities involved in provocations against me, it becomes clear that in case of any deterioration of relations between Belarus and the Russian Federation, the country will become the scene for similar provocations, this time on the macro level,
that would enact all the range of information influence, including both a massive smear propaganda campaign in the Russian media and provocative crimes right in the Belarusian territory. They will employ all the arsenal of measures they used against Ukraine aimed at legitimization and justification of the military aggression at the domestic level.

– Aid to Ukraine is a quite sensitive matter for Belarusian authorities – and this is primarily the case with those, who render assistance to official Ukrainian authorities, unlike those who help the separatists. Why is this so?

– The fist thing that needs to be said here is that this not the case for humanitarian aid, that is we face no special obstacles in delivering humanitarian cargoes, if any. But when speaking about Belarusian citizens fighting in the East of Ukraine the situation is quite the opposite: biased and quite negative attitudes to those fighting on the Ukrainian side, while those, who had joined the ranks of terroristic bandit groupings enjoy sympathy, if not help. As of now, I have hardly heard of any cases of persecution of the former  militants of the  “L/DPR” terrorist forces, who return to Belarus, but there are many facts of persecution not only of the Belarusian volunteers who are helping to contain the Russian military aggression, but even members of their families and relatives. Because, as I already said, there is a wide network of Russian secret agents and turncoats throughout the Belarusian vertical of power as well as due to the fact that the country’s media space, apart from electronic media, is under total control of Russia.

– So, what was the outcome of your  “contacts” with the KGB?

– They contacted me just once, and by phone only, in February 2015, when a KGB operative insisted on a meeting to discuss my trips to Ukraine during 2014. In response I insisted they should obey the Belarusian laws and there were no more “invitations” of this sort. I do understand that prior to invoking any of scenarios devised by Russia aimed for destabilization of the situation in our country to be followed by annexation and use of the whole of the Belarusian territory as a military foothold, they would command cleanup of all patriotic forces, which will be a sort of sign of the start of this operation. For this reason,  I have no illusions: should they think it necessary, they can not only throw me, like hundreds of others, into the KGB’s hold, but dump me down in the roadside woods. But being afraid and doing nothing because of the fear is for those, who are weak in spirit, who want to always have excuses for doing nothing.

No Responses to “Denis Ivashin: “Being Afraid and Doing Nothing Because of the Fear Is for Those Who Are Weak in Spirit””