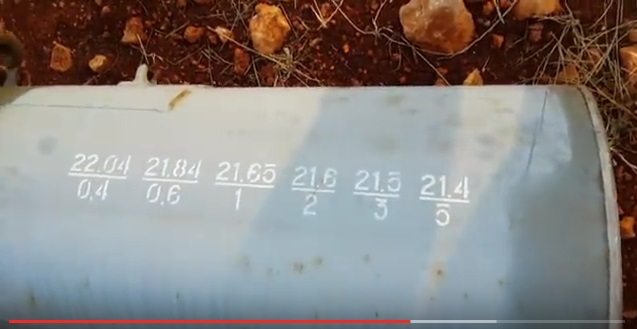 InformNapalm editors have got another letter from our Syrian readers. The letter contained a video evidence of the fact that the Russian air-space forces bomb peaceful citizens. The locals and ‘Civil Defense’ activists from the town of Hraytan demonstrated proofs which would never be shown on the Russian TV. InformNapalm invites you to familiarize with the flip side of this war.

InformNapalm international volunteer community condemns terrorism in any its form. At this moment the Russian Federation acts as state sponsor of terrorism and the world’s terrorism facilitator. We have the possibility to observe and analyze Russia’s activities in Ukraine, Syria and other countries. There are real actions hidden behind the lies about the ‘craving for peace’ raised to the state’s policy. These are the killings of hundreds of civilians that make us continue publications of the personal information about the Russian air forces’ pilots and servicemen executing the criminal orders of the Kremlin. During the intervention in Georgia, the annexation of the Crimea and the organization of the war in Donbas, the Russian leadership reached the ceiling of the confidence limits. These days any words of the representatives in Moscow (even spoken at the highest diplomatic level) are just hot air and must be put in question and confirmed by numerous facts.