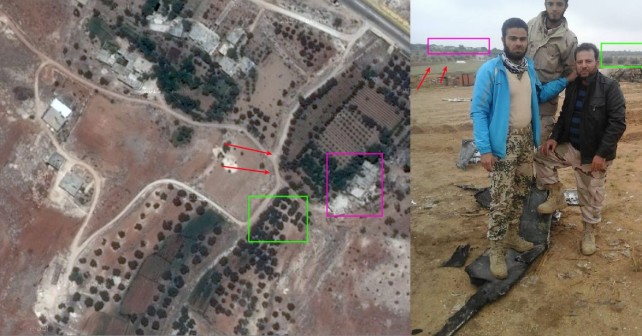 These days the Russian Federation, under the banner of fight against terrorism, builds up her military presence in Syria by deploying Tu-160, Tu-22M3, and Tu-96MS strategic long-range bombers. Our volunteer community has gathered evidence of significant diversion of the actual strikes from the declared targets; also we present the personal data on one of the members of Tu-160 bomber’s crew who has participated in the Russian operation. Russia’s Ministry of Defense and mass media continue to deceive the world society about the results of strikes in Syria in order to relieve sanctions against Russia and achieve success in making a coalition with Western countries. 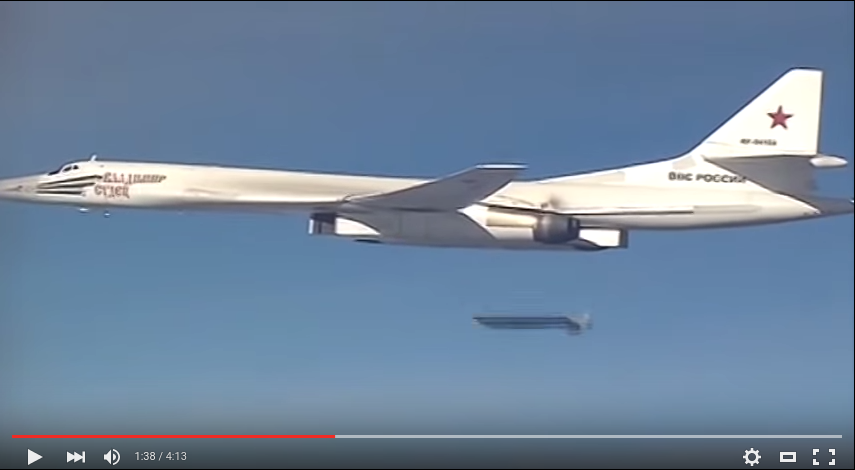 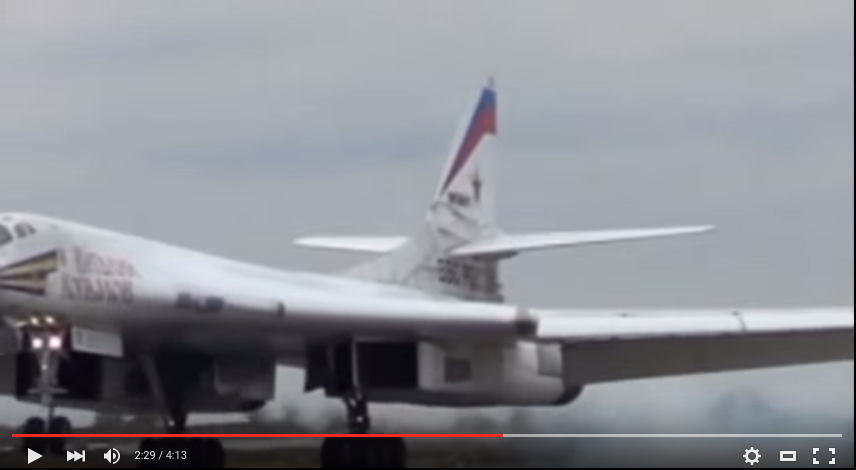 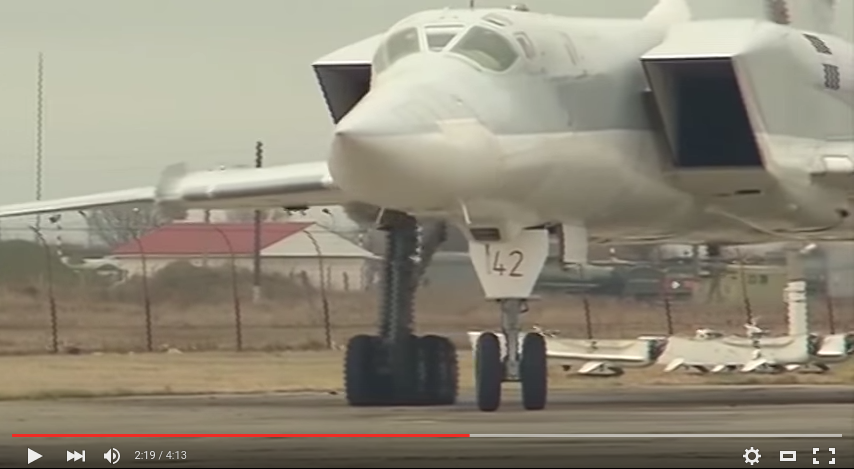 Still, the Russian air forces’ strikes sometimes suffer from selective ‘inaccuracy’ and hit not anywhere near positions of ISIS. It is hard to say if this was done on purpose, because of an outdated equipment or lack of qualification of the crews.

In particular, Russia’s long-range aviation conducted an airstrike in Syria on November 17, 2015. According to the official sources, 34 cruise missiles were launched that day. But what was the target?

One of the Kh-55 missiles ‘got lost’ in the rural area in North-Western region of Maarat al-Numan town (Idlib Governorate). It had been launched from Tu-160 or Tu-95MS aircraft. It is possible that this attack was documented by the Russian MD in the official video.

The remainings of the ‘secret’ Kh-55 missile can be seen in the pictures made on the crash site. They include inscriptions in Russian and so on. A picture of brand new missile is provided for comparison. 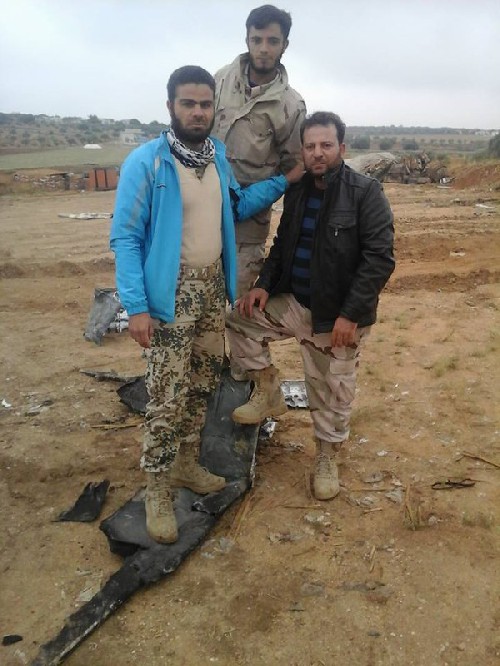 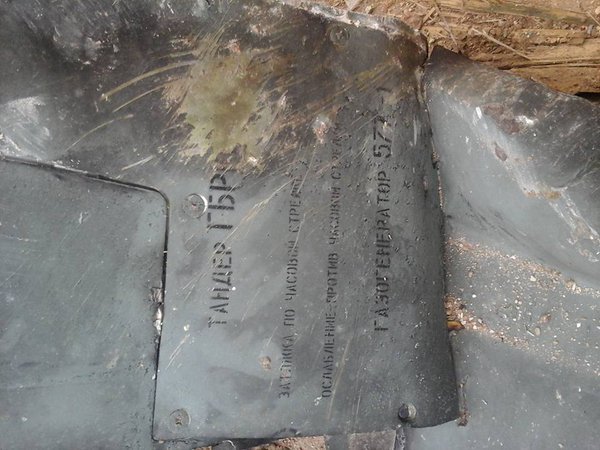 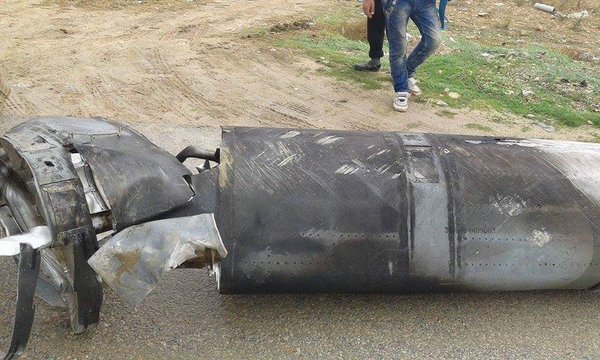 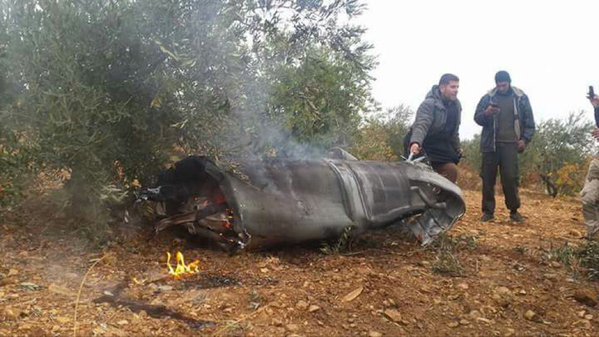 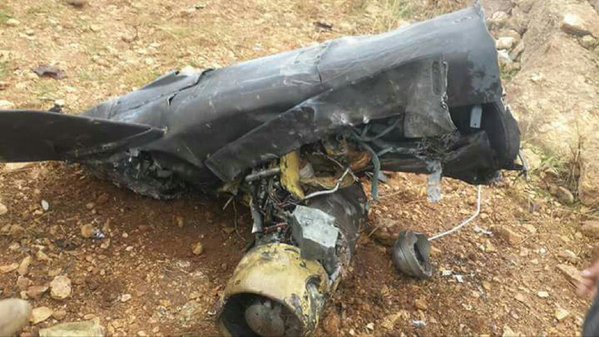 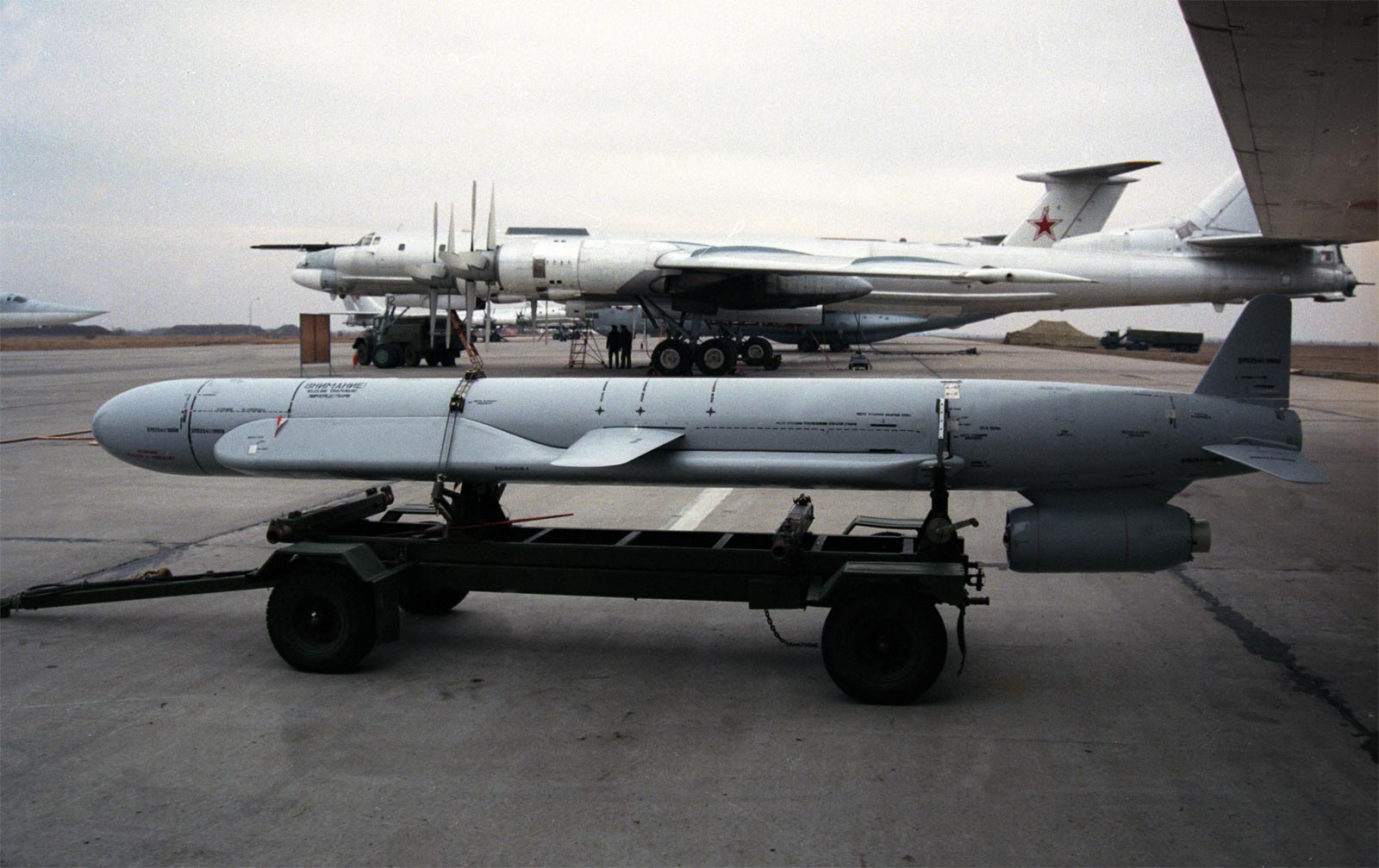 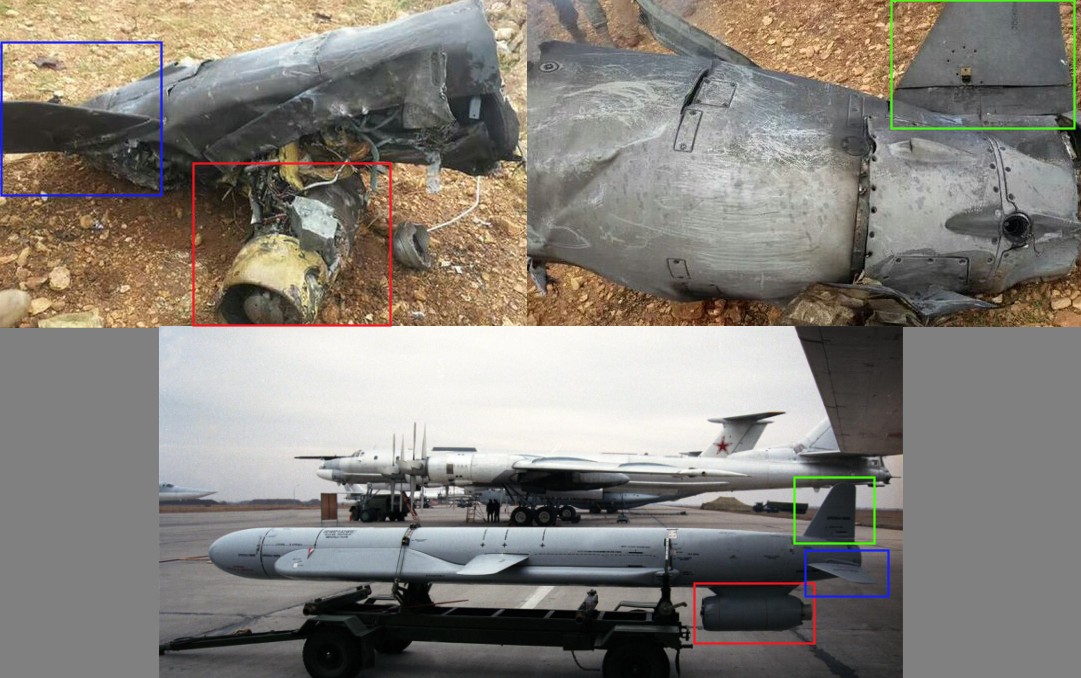 InformNapalm’s volunteers have identified the position where the pictures was taken. Supposedly, it is near Maarat al-Numan, check out the map. 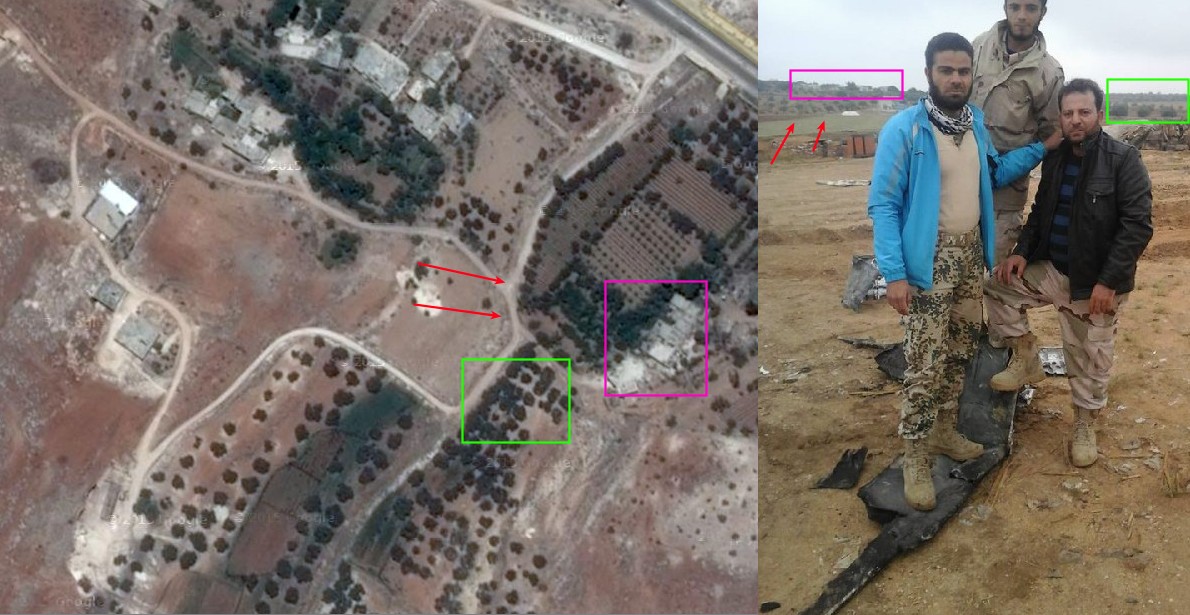 It seems that the General Staff of the Armed Forces of the Russian Federation does not know that Maarat al-Numan is controlled by the rebel groups. It is pretty clearly seen from the operation battle map that the front-line with ISIS is at least 50-60 km away, and the town is located almost in the center of ‘green’ rebel-held zone. And this area is surrounded by the red line of government forces from south, south-west and east. And only then the frontline with ISIS starts. 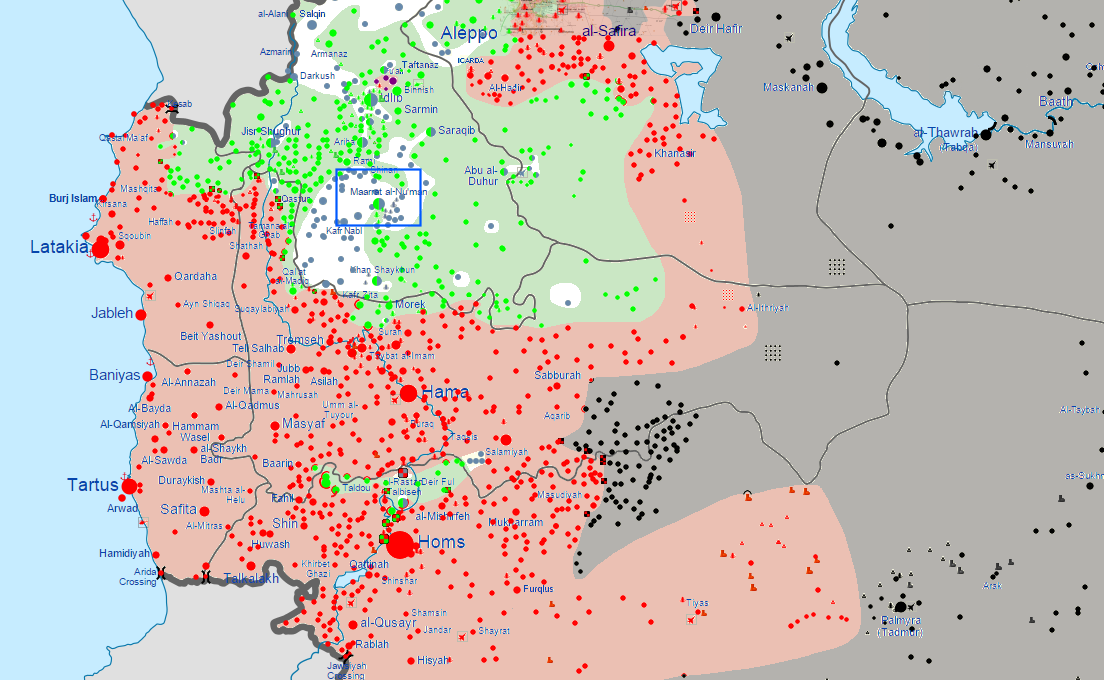 It appears that the Russian missiles bear off the declared target in average for 50 km. These strikes can hardly be called ‘high-precision’ ones. The mentioned ‘testing of the latest weapons’ should not be an excuse for bombing ‘some areas’ and killing peaceful citizens.

It should be noted that this is the second case when Russia strikes Maarat al-Numan. On October 30, 2015, the Russian fighter warplanes killed 7 and wounded 12 residents.

Also the Ministry of Defence of the Russian Federation has reported about dropping OFAB-250-270 bombs from Tu-223M3 aircraft on positions of ISIS forces. But the actual target remains unknown.

We have found the information about one of Tu-169 “Vitaly Kopylov” (RF-94115) crew members – Aleksei Boldyrev from the 6950th guards aviation base (town of Engels, Russia). 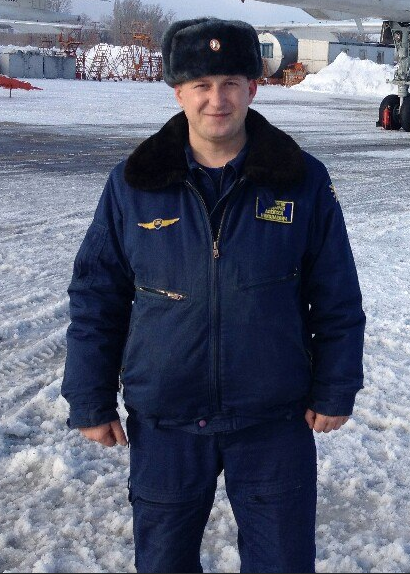 He uploaded a picture in front of Tu-160 aircraft (RF-94115) in his social profile. This also confirms his place of employment. 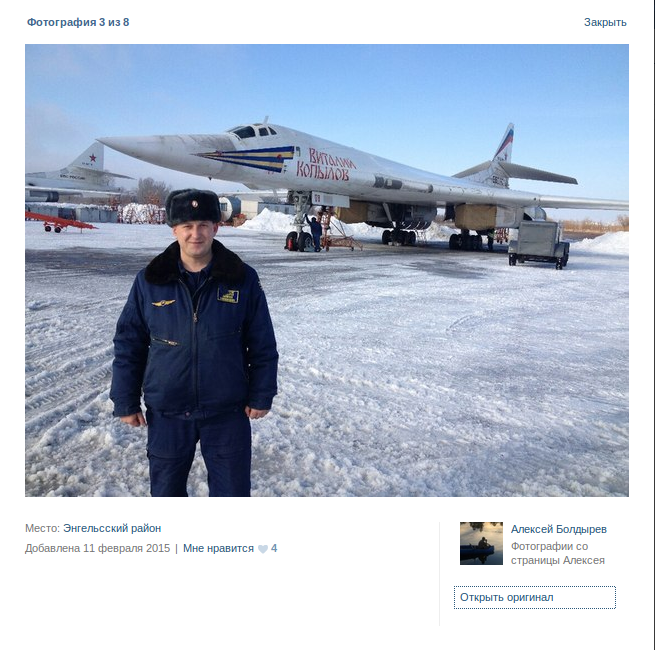 More articles on this topic can be found on our site https://informnapalm.org/en/tag/syria.

5 Responses to “War in Syria: Russian Long-Range Bomber Aviation And The ‘Stray Missiles’”