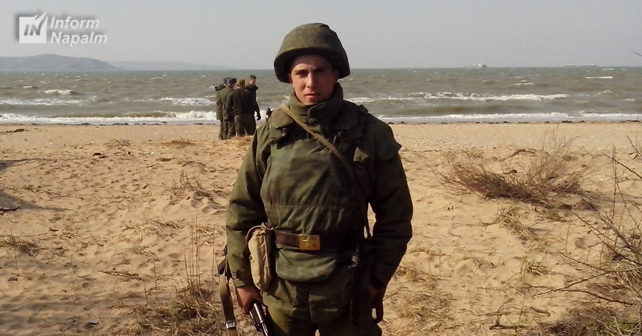 On February 20, 2014, Russia attacked Ukraine and started a war that continues to this day. InformNapalm volunteer intelligence community continues to identify individual Russian soldiers who participated in the aggression against Ukraine. We urge the Ukrainian law enforcement agencies to carry out all the appropriate legal proceedings regarding the invaders in accordance with Ukrainian and international law and submit their data to Interpol.

Identification data of an invader from the 108th Air Assault Regiment

Russian President Putin claimed that there had been no Russian soldiers involved in the operation to seize Crimea, however in this feature we identify yet another of the many thousands of Russian soldiers who took part in that operation. Oleg Chumak, born May 06, 1994 in the village of Vyselki, Krasnodar Krai, Russian Federation. He served in the 108th Air Assault Regiment (AAR), military unit 42091, permanent deployment point in Novorossiysk city. This regiment is now part of the 7th Air Assault Division of the Russian Armed Forces.

On March 08, 2014, Chumak posted a video of a convoy of military equipment on his page. The video is titled “Krasnodar-Novorossiysk Highway, a convoy of Russian troops heading to Crimea”. InformNapalm’s OSINT analyst identified the following hardware in that convoy: 2B26 multiple-launch rocket system, several artillery fire control vehicles, BTR-82A armored personnel carriers, R-330Zh Zhlitel and Leer-2 electronic warfare systems on the Tigr-M armored vehicle mounts. It should be noted that on March 13, 2014, a Leer-2 on the Tiger-M mount was spotted at the Kerch crossing.

Identification of the probable unit operating the equipment

The side numbers on the equipment containing the digits “21”point to the Southern Military District of the Russian Federation, the North Caucasus. A 2B26 multiple rocket launcher bears the guards mark, which means it belongs to a guards brigade. We know that at the beginning of March 2014, a convoy of the 18th Motorized Rifle Brigade entered Crimea through Krasnodar, which contained BTR-82A armored personnel carriers. The destination of the convoy was Voinka village in Krasnoperekopsk raion of Crimea. We wrote about this in the investigation titled List-1097: How the Russian 18th Brigade occupied Crimea. Apparently, the video posted by Chumak shows this particular convoy.

We saved the video in case the subject of our investigation tries to destroy the evidence.

The name of Chumak’s unit is visible on the photos on his race number – 108th AAR.

Also, the number of the military unit, the name of its commander, and the full name of the subject of this investigation are well visible on the letter of acknowledgment.

On March 21, 2014, Chumak also posted a photo with weapons on a seashore. It was captioned: “Crimea:)”. Later, he deleted the caption, but we saved a screen shot.

On May 8, 2014, he published several photos of the medal for the occupation of Crimea.